Why you should pass on the Golden Triangle Tour in Thailand

I love the plan. It’s what I do. I admire those brave and adventure travellers who can leave their next destination to chance but not this guy. Ever since I spent a day lugging a 30-pound backpack through the hilly streets of Chamonix France in search of a place to sleep, I plan ahead. To never repeat that incident again and to ensure I find the best things to do at the best prices, I research. I utilize the inter-webs and other travel bloggers knowledge and always maximize my time. That is until I got signed up for the Golden Triangle Tour in Thailand. Here’s why: 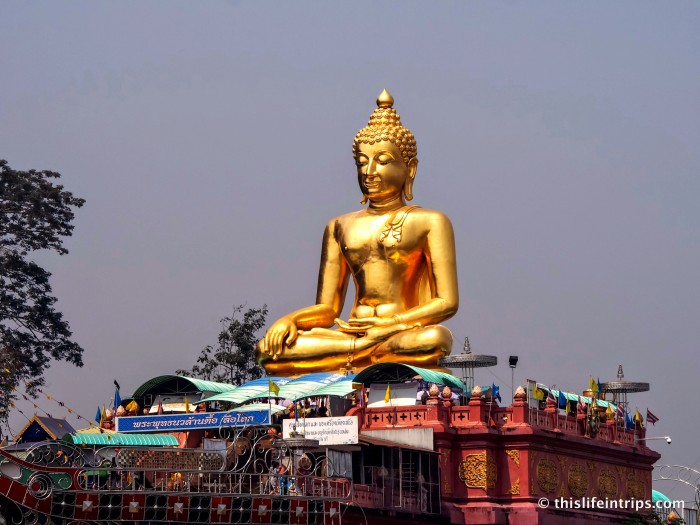 Golden Triangle Tour in Thailand – What you should know

Beat from an extensive travel schedule, we left Chang Mai up to chance. We knew we were going to ride (walk) elephants and take a cooking class but beyond that, we were free for whatever. Although I knew absolutely nothing about it, I knew I wanted to see the White Temple (Wat Rong Khun) in Chang Rai so when I walked past a tour company advertising a day trip to it I blindly booked it. Like a pigeon tourist, I got up so sold to the Golden Triangle Tour in Thailand which included a stop at the Mekong River where Laos, Burma, and Thailand meet. The Golden Triangle Tour in Thailand also includes an optional stop at a longneck tribal Village, the Burma border, and an optional boat ride to Laos. Sounds solid right? Not so much.

Now if I would have planned ahead I would’ve known that: 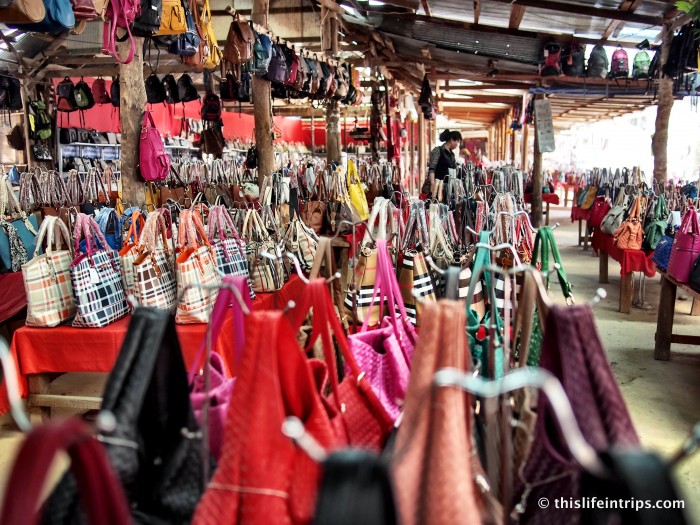 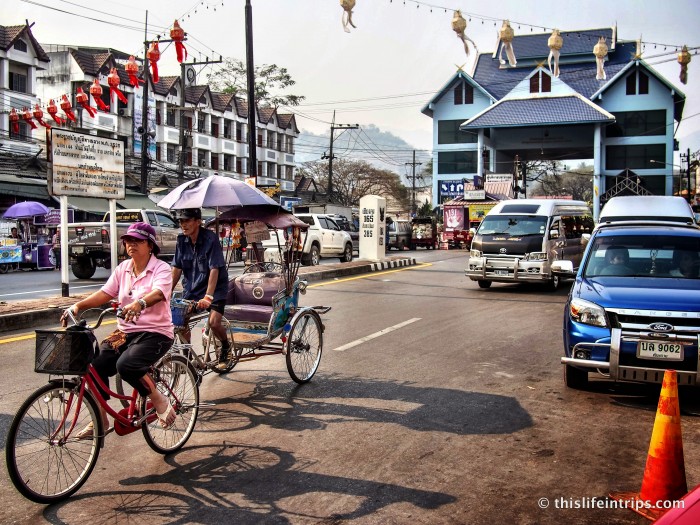 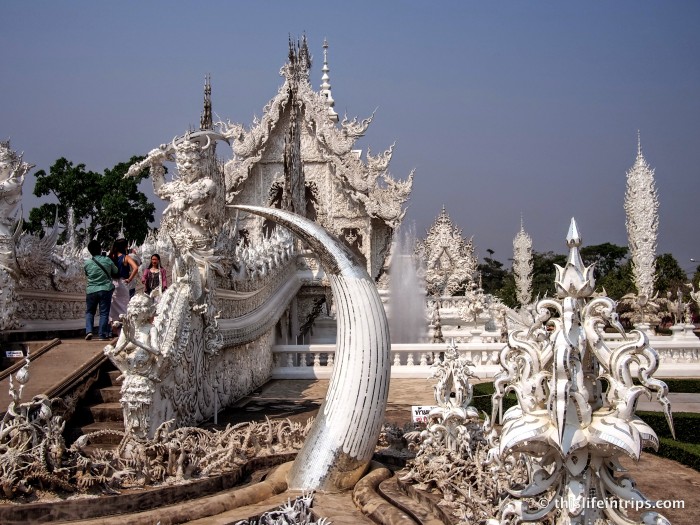 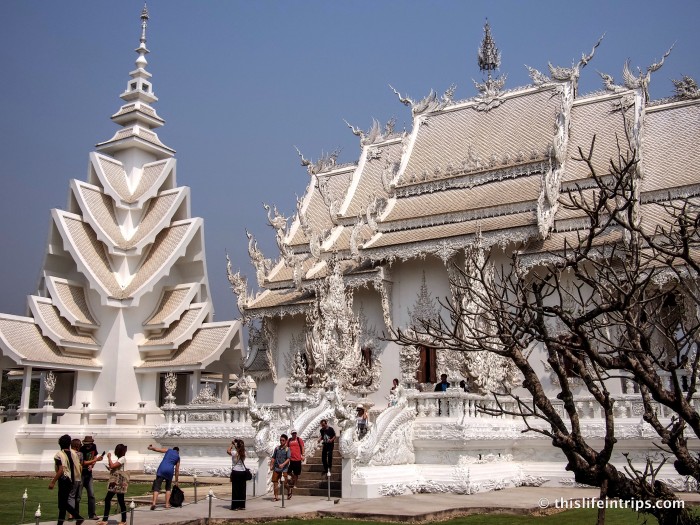 At the time I didn’t know how to feel about this last point. From what I had seen in pictures, this place was a pristine shrine. What I didn’t realize is what this is a shrine for. Around the grounds, there are decorations of shrunken heads to Predator coming out of the earth. Everything was some sort of homage to science-fiction with the mural inside of the shrine taking the proverbial slice of the weird cake. 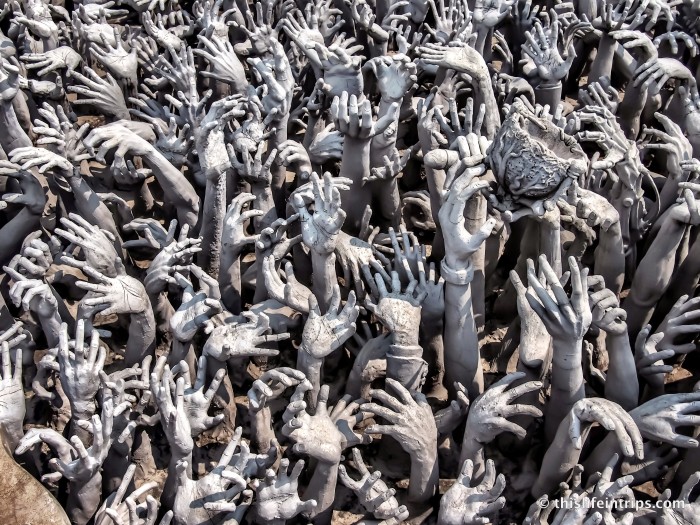 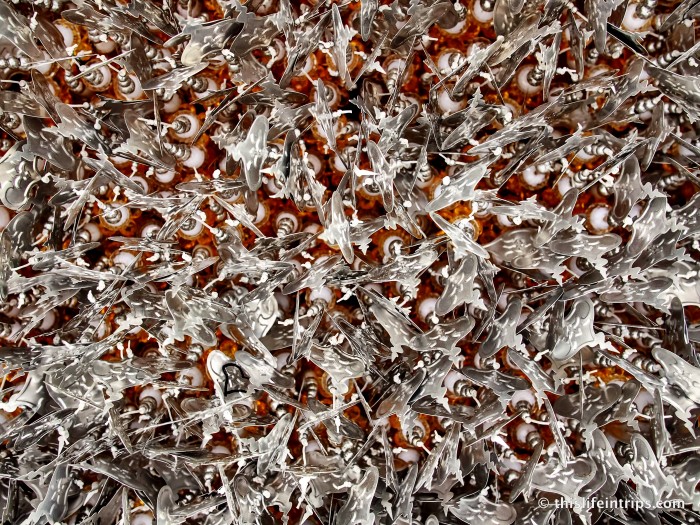 In the end, it was a long day of seeing things I would normally pass on. Still, as surprising as the Wat Rong Khun was to me, it really is interesting and I did get to have a beer in Laos which wasn’t on the travel itinerary. I will take those as wins but would not recommend this Golden Triangle Tour in Thailand to anyone. Alternatively renting motorbikes and doing the tour on your own over a couple of days would be fun.  I essentially paid for sleeping on a short bus for 9 hours.

My loss is your win! Plan ahead. 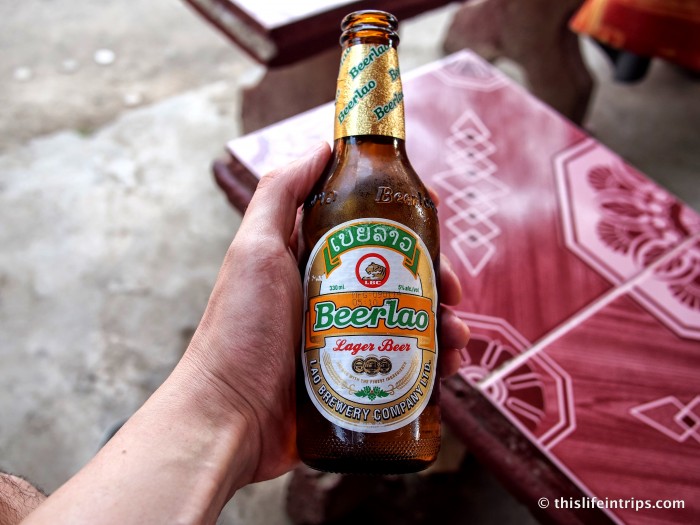