Visiting Pearl Harbor and Getting Lost in a Pineapple Maze 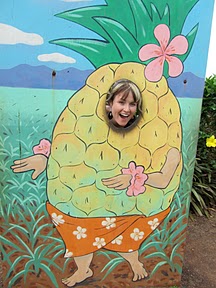 Apparently turning 30 made me want to do really lame things. Things like visit a pineapple plantation, not visiting Pearl Harbor. The Dole plantation came recommended from a friend (who is ironically over 30) so we decided to check it out. This meant we would have to venture out of our 4 block comfort zone. Thankfully we rented a car for our last few days to do just that.

After a nice drive through “Jurassic Park” country we arrived at the plantation and found exactly what you would expect, immigrant workers. Jokes. We found pineapple and pineapple related (and not in anyway related) things. We took a ride on the “Pineapple Express” train ride strictly for its name and learned a number of fascinating things about this spiky fruit. It grows out of the ground for starters and…that’s pretty much it. One is still a number.

Erin and I found out the hard way that we would not be good contestants on the “Amazing Race” after getting lost and taking twice as long as Jallison to complete a giant pineapple maze. We even cheated and we still took forever. No million dollar prize for us. We shrugged it off with some pineapple ice cream and some pineapple flavored pineapple. 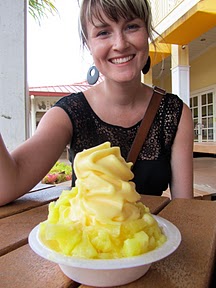 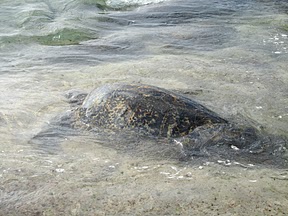 From there we continued to the north shore in search of some big waves. We soon found out that the pipeline was a winter time thing and that the waves on Waikiki were just as big if not bigger. We stopped at a beach anyway and then randomly came across a sea turtle sanctuary. We took turns snorkeling with them but the water was too murky to see much. Still neat to see.

We continued on a little further to Sunset beach where we had some wine and watched the sun go down. We were rained out so finished our wine in some McDonald’s sippy cups at a road side diner.

The next day started off with a bang to my arteries. We wanted to try a local “delicacy” and were turned on to spam and eggs. Wow. What a combo. Apparently it is so popular that McDonald’s even serves it up. We opted for a much classier dinner style restaurant, one where they call you “hun.” The “worse than hot dog meat” meal was very tasty however I did temporally lose feeling in my left side and to this day I still can not see the color blue anymore.

We wobbled our way out of the diner and headed north to Pearl Harbor. Visiting Pearl Harbor had nothing to do with me turning 30. This was something I had wanted to see since I was a young boy with a borderline unhealthy fascination with WWII airplanes. 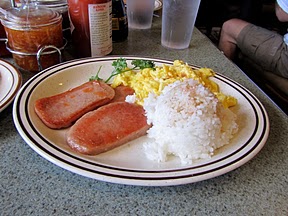 We first toured a WWII submarine which was very similar to the one I saw in Cleavland. Next we made our way to the Arizona memorial. Again, it was another place that was very eerie to be at. Over 400 men are buried in this underwater grave. Oil from the engines still bubbles to the surface adding to the reality of it all. 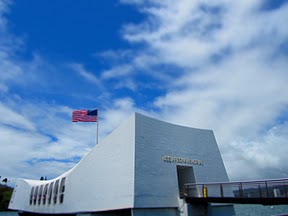 Next was the USS Missouri. This ship had many interesting things to see, most notably damage left from a kamikaze attack and the very spot that WWII ended. At the spot where the Japanese Instrument of Surrender was signed there is a plaque along with copies of the signed document. Erin noticed that on Japan’s copy there are a bunch of lines crossed out and New Zealand’s representative was hand written in. We asked a volunteer why such an important document was like that he told us to blame Canada. Turns out Canadian Colonel Lawrence Moore Cosgrave signed below his name and not on the line clearly provided for him. This set off a chain of mis-signing. Next to the document is a picture of all the Allied nations representatives as they signed. Sure enough there’s Cosgrave looking confused while someone is standing over his shoulder and pointing at the paper. “Dumb Canadians” we sarcastically replied. We joked later that Canadians referenced as being slow in American TV shows may have been born on that very spot. 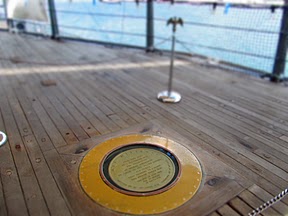 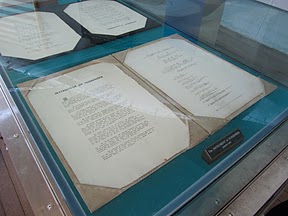 We toured the Air Museum on Ford island which was a little bit of a let down. I was bringing 25 years of expectations with me so that should be taken lightly. The collection of planes is small however they are expanding the museum in the next few years. what was more interesting was to be walking on the islands airfield where the aftermath of the attacks are still present almost 70 years later. 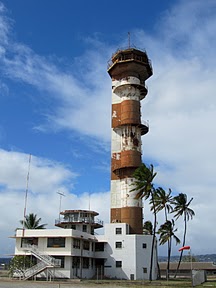 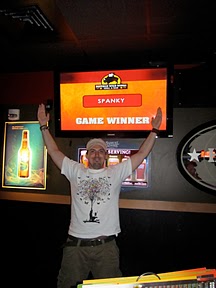 It was interesting to be able to visit both sides of the conflict in one trip. Both pay their respects nicely although visiting Pearl Harbor was a bit “Ra-America” at times. One thing that was mentioned in several spots (and somewhat falsified in the movie “Pearl Harbor”) was the Doolittle Raid. This bombing mission was an attempt to show the Japanese that the Americans were capable of bombing them on Japan soil. Although the mission did little damage it was considered a success for US moral. The doomed bombers all attempted to ditch in China as they had no fuel to return to their carrier. Some 50 US airmen were aided out of China by Chinese villagers. The little known or talked about fact is that Japan killed an estimated 250,000 Chinese villagers for this aid. 250,000 for 50? You may want to say thanks for that. Just saying and that said, visiting Pearl Harbor is a must when on the island of Oahu.

We ended our day with bad pub food (bad for you, not necessarily bad) and video trivia to which I won. This should not be surprising as I now have 30 years of useless knowledge in my head.