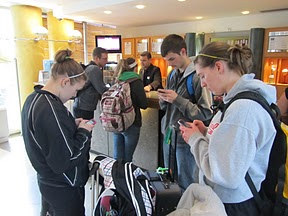 When Erin’s sister asked us 2 years ago if we would be interested in a free trip to Europe we obviously said yes even though it meant being a chaperon for a school trip. We didn’t really think much about it until 2 months ago when it was 100% confirmed. We had no idea what to expect. We knew we would be responsible for six kids each but what did responsible mean to someone with so few responsibilities? Questions started to pop up. How often do you have to walk a teenager? Water and feed them? These were just a few. We really didn’t have concerns as the other 3 chaperons (Erin’s sister Amanda, her husband Tim and his sister in law Karly) are all teachers. We were in good hands. 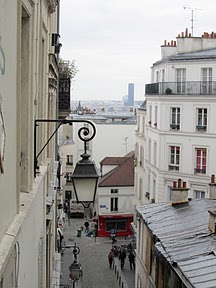 We met up with the everyone at the Toronto airport and were divided into our groups. I kind of blankly stared at the 6 blank stares coming my way. “So…do you guys like stuff?” was pretty much how are introductions went. In reality the kids were all young adults and since I feel like I am 12 sometimes (I still play video games and eat cereal in my underwear) it was easy to relate. What quickly became interesting was that most of these kids had never been out of province, let alone out of the country before. So things like going through airport security and asking them to stop talking about “bombs” and “terrorists” was fun. 20 minutes in and we had already had a girl loose a passport. Thankfully it was found and we were able to leave the country as a full group of 30 high school kids and 5 chaperons.

Upon arriving in Paris we were greeted by our cheery and somewhat spaz-tastic tour guide Sonya. Not only was traveling with kids a new experience but traveling with a tour guide on a trip where no planning was required was just odd. We really just showed up and blindly followed. This became obvious when we took a tour of both the Paris and Barcelona subway stations as Sonya kept leading us to the wrong platforms. The other odd thing was backpacking and staying in hotels. Really nice hotels. This would be a totally different European experience.

At our hotel in Paris we met up with 15 Texan’s that we would be traveling with. The kids were excited to meet them so it was unfortunate when some stereotypes came true. We were paired up with a somewhat lazy and unenthusiastic group. Also, everything is bigger in Texas. None the less this now made our group 50 people. Sleep deprived we headed out for a walking tour of Montmarte. Hearding 50 people through the busy Paris subway system was interesting to say the least. Sonya made it more interesting by putting fear into the kids about pick pocketers. Don’t get me wrong, its good to be aware of your surroundings but she frightened these kids into thinking EVERYONE wanted their shit. One girl spent a day with her jacket on over her backpack. I swear people thought she was Quasimoto when we toured Notre Dame. 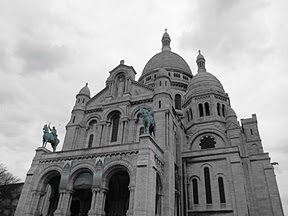 We arrived in the heart of Montmarte all accounted for and un-accosted. We toured the narrow streets and steep hills around the Basilica de Sacre-Coeur and enjoyed panoramic views of the city from its steps. From there the 5ft tall tour guide took us on a walk through an area lined with adult shops, strip clubs, and peep shows. The kids enjoyed this. The chaperons, not so much. Curiosity as to why she was leading children through this area was waved when we arrived at the Moulin Rouge. You know, the famous place where Christina Aguilera shook her naughty bits…or something like that.

We finished the day with diner at our designated tour group restaurant. This was the first of many sub par meals as dinners were included in the tour and based on kids and keeping costs down. A shame as eating in Europe was one of my favorite activities. Some places were better than others with staff that would joke with the kids. Others seemed as though they were forced to take on the business and served greasy bland food. To be fair they were dealing with some pretty picky kids. I was reminded that these were all small town kids where a can of tuna was considered exotic. None the less we were never left hungry.

Our long day of travel concluded back at our hotel. Exhausted we were too tired to drink the bottle of wine we had snuck into our room. Luckily for us we still had 2 more nights in Paris to be irresponsible chaperons.