Myanmar has only been open to tourism for a few years…and it shows. I’m not talking about the frequent blackouts, horse beaten dirt roads, or lack of accommodation choices. No. I’m talking about the welcoming demeanour of its friendly residents. It was these warm smiles and untouched Myanmar qualities that made me respect and love this country for what it is and not for what it isn’t.

From the staff at our Amazing Bagan Resort to the locals buying produce in the markets, the Burmese are as Burmese as they come. This was regardless if they were paid to be helpful or not. I had heard of this characteristic before visiting but once I saw this for myself I started to realize just how untouched Myanmar truly is.

One example of how an untouched Myanmar has kept people genuine was while I was touring one of the many temples in Bagan. Inside a group of children were playing within the tight halls. Their laughter and smiles were contagious so I asked if I could get their picture. Without batting an eye they posed, then while I reached into my pocket for some change, they disappeared. In my jaded mind they were only there to extract money from tourists. Not the case. They were genuinely kids being kids. Later I was approached by a child and asked if I wanted a guided tour. I agreed even though while in Vietnam I had a less favorable experience with an underage tour guide. Not the case in untouched Myanmar. This girl was smart, knowledgeable, and wanted no money in exchange – only to practice her English. Even though she didn’t want anything we went to her aunts store and purchased some souvenirs. 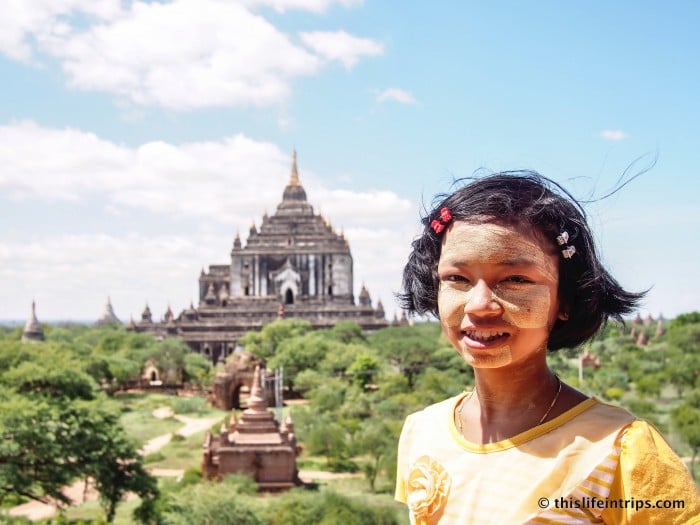 Now normally I’m uncomfortable taking pictures of strangers. I only do so with their permission. At markets this includes me buying something small in exchange. The amount of tourists I have watched shove a camera in strangers’s faces with out thinking twice is sickening. 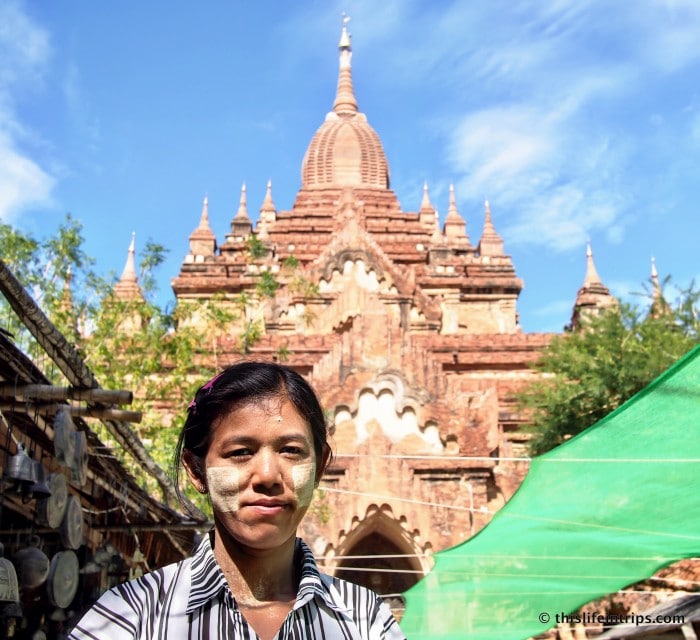 In Myanmar there was no shortage of portraits to be had–mainly because of the unique cooling paste the locals use on their faces. Thanaka is made from ground bark and is a uniquely Myanmar feature. Then there is the genuine smiles like on this sweet old lady selling flower offerings inside a temple we visited. She literally stopped me in my tracks. I asked if I could take her picture by making an awkward “can I take your picture” gesture. She nodded and I snapped away. I handed her a couple dollars which she accepted with confusion. We leisurely made our way to our E-bikes, my favourite way to tour the temples in Bagan, when saw her already making her way back to her spot with arms full new flowers to sell. This made me smile but then made me think, “is this how a place like charming and untouched Myanmar becomes tarnished and tourist driven?” She wanted no money for that photo, just to sell her flowers. In her mind I was probably some idiot who gave her money for nothing. Even though it’s still developing its tourism trade, the characteristics of this untouched Myanmar are slipping away. As raw as it is, the crowds are coming. With that comes, higher prices, hawkers, and headaches. The hordes of tourists I enjoyed the sunsets in Bagan with and the locals peddling their goods at the bottom of the pagodas because of them, was a sign of this. Although annoying, I can guarantee it wasn’t like this 5 years ago. That said, it will only get worse.

Now isn’t that one of the most selfish things you’ve ever heard? 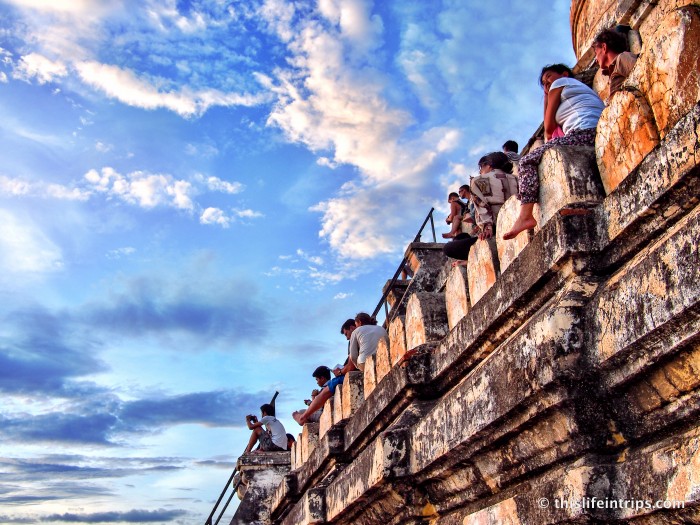 This influx of tourism has plenty of upside for places like untouched Myanmar. The money and jobs created does mean a lot and to say that it makes things harder for tourists is a bit shit. So you have to pay a little more and share it with more people. Isn’t the overall development better for everyone in the end?

I noticed this kind of change with my return to Vietnam and have heard locals say that they don’t want to become another Thailand. I am sure many are saying the same thing about untouched Myanmar.

Regardless of where it’s heading, enjoy this relatively untouched Myanmar while you can.  Having a pagoda at sunrise without 20 other assholes taking selfies and talking loudly is pretty great.

What say you?
Thoughts on how untouched Myanmar is?
Let’s hear it! 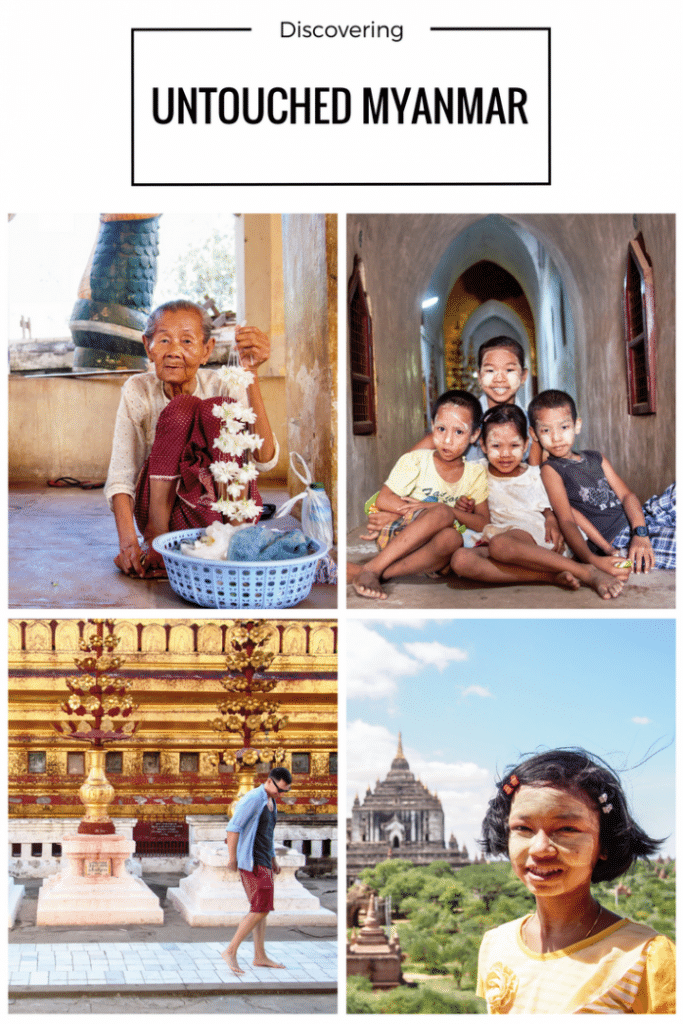 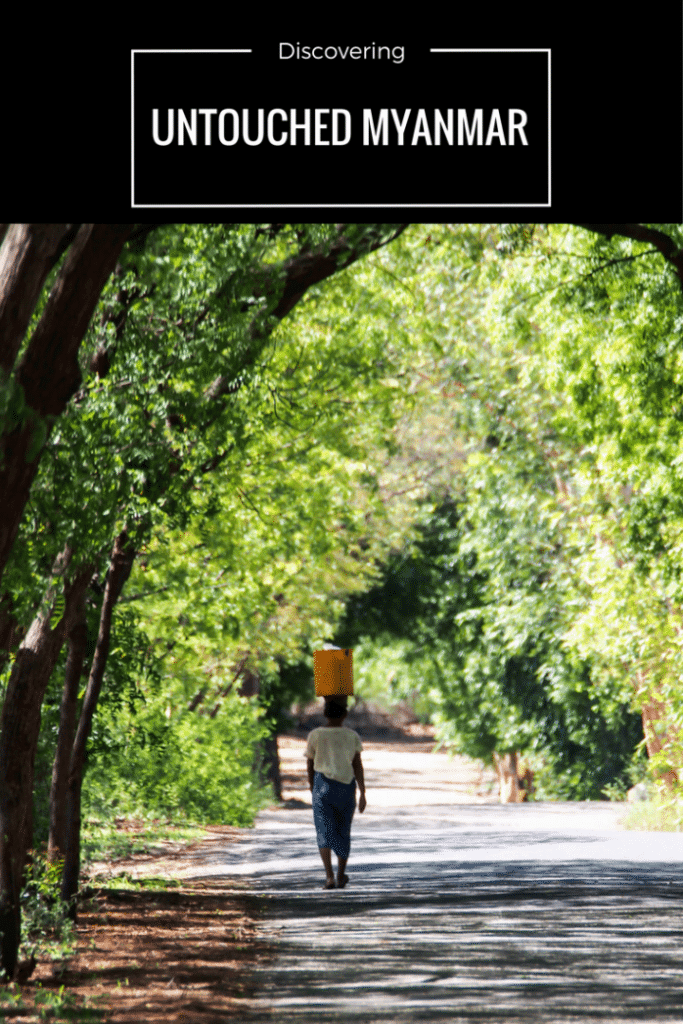