Taking a train in Thailand was something I have wanted to do since I heard how comfortable they can be. I also love trains and train travel. The ability to stand up, stretch (especially with a bad back) and see the countryside in a slow and comfortable setting is always a good thing. Apparently, we weren’t the only ones to think this about train travel in Thailand. All the first-class trains running between the destinations we were going were sold out long before we arrived in the country. Book ahead, people. Sadly we opted to fly between our destinations which were relatively cheap…until a trip from Koh Samui to Bangkok was going to cost us a shit ton of baht. It was then we decided to take our first, second class train trip in Thailand.

We had read that cars in second-class are still air-conditioned and included sleepers so we decided to give it a go. Here’s how it went:

From Chumphon to Bangkok With Love…and Beer

Feeling as if the second class train trip in Thailand experience may be a noisy one, we stocked up on cheap beer and began drinking at the station. It was there I picked up snacks including this cheap pastry that turned out to be no more than butter and sugar on bread. Sweaty, drunk, and covered in butter  – off to a good start!

Our second class train trip in Thailand was off to a 2nd class start.

When our train arrived we made our way to our seats only to find that they were already converted to beds. It was 8:30 PM. Nuts. Although modest looking, the bunks looked cosy…but not enough for us to go to bed that early. We decided to check out the bar and made our way down seven or eight cars only to find it closed. Rejected we made our way back to our bunks and opted to have a few more beer to kill time and help asleep. 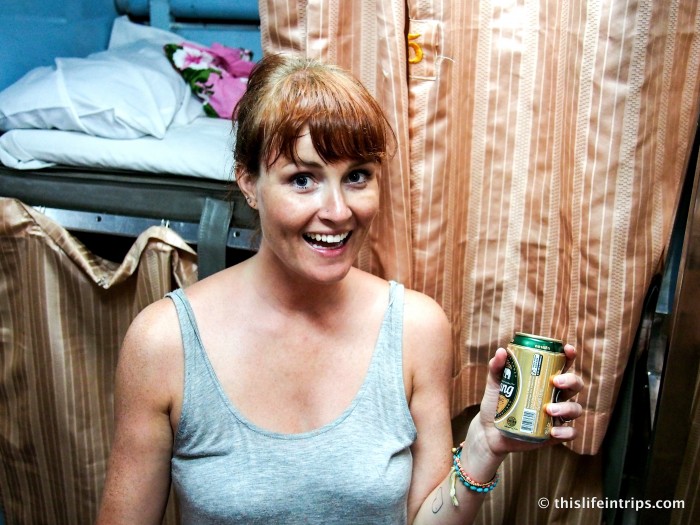 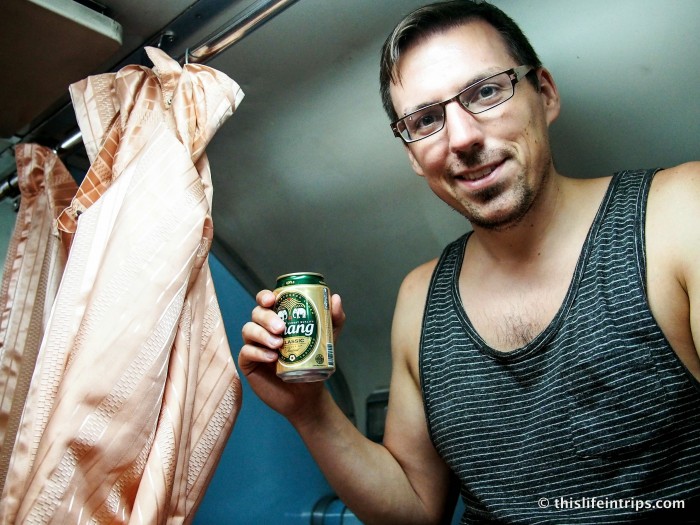 What I didn’t account for was the toll 10 beer would have on my bladder and the subsequent trips to the 2nd class bathroom. It was really just a stainless steel room that gets covered in piss as the journey rolls on. Fun!

We got cosy and watched a movie in one of the bunks. The luggage rack not only doubles as a place to crack your elbow off of in your sleep but a makeshift bedside table too! Also, the earbuds did a good job of muffling the yakking and coughing of other second class travellers. Double win! 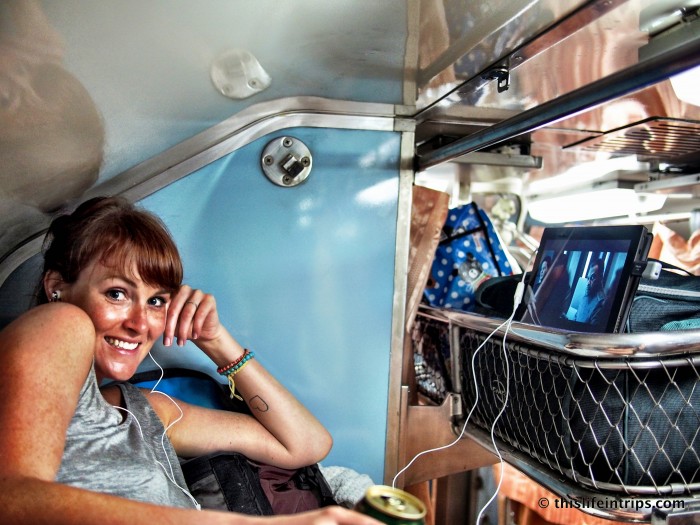 How to make your second class train trip in Thailand better

As the credits rolled we were ready for sleep which turned out to be about as decent as a second class train trip in Thailand (or another country) can be. Loud, rocky, and the inevitable rude awakening when attendants come around to fold up beds long before your final destination.

After experiencing a second class train trip in Thailand I can suggest the following to make it a little better:

All in all a great experience, especially for a second class train. It was a cheap and somewhat comfortable way to travel. I would not hesitate to do it again, although I would spend the extra baht given the choice of a first-class sleeper. Again, book ahead! 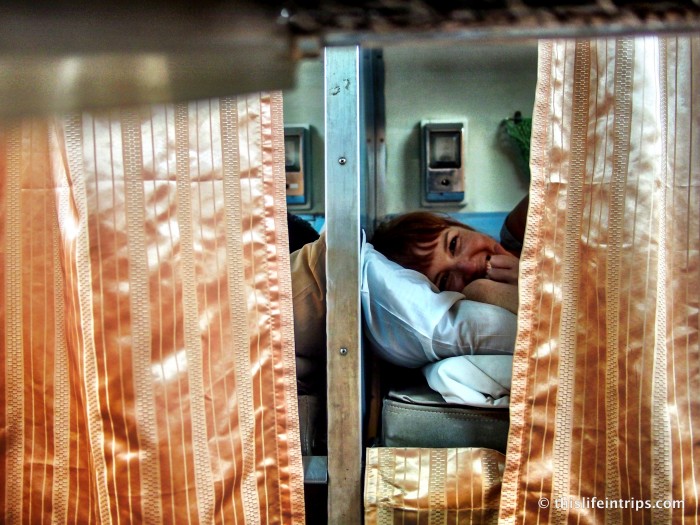 What say you?
Have you taken a second class train in Thailand?
Let’s hear it!

See here for more thoughts on my time in Thailand!