One Great Night at the Outside Lands Festival 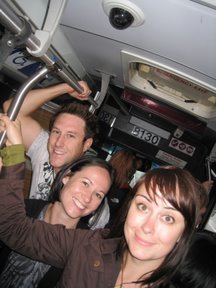 Our night at the Outside Lands Festival started with getting to the venue. Let me tell you, hailing a cab on a Friday night in San Francisco is an impossible task. The fact that 70,000 other people were trying to do the same thing didn’t help…nor did the pre-drinking in the hotel room. Our efforts eventually lead us to Market street where we made the critical decision to ditch the cab efforts and squeeze onto a bus with other concert goers. Although the bus got us to Golden Gate park, it got us no where close to the venue. On the plus side we did get to witness a junkie shooting up in a McDonald’s bathroom so it wasn’t an uneventful journey. After the bathroom break at the enormous park edge we walked and walked and walked some more. More than 30 city blocks (and Edmonton city blocks don’t count) to get to the festival gates. By that time we had missed the majority of shows but it didn’t really matter. We were there to see one band. We had just enough time to get a few beers and navigate out way through the massive crowd to the main stage.

One Great Night at the Outside Lands Festival = Radiohead live. 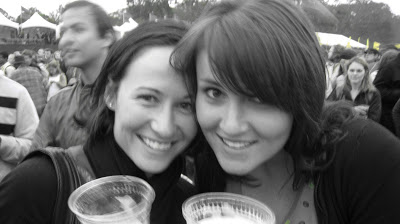 Radiohead took the stage opening with 15 Steps and didn’t stop for at least 2.5 hours. Actually that is a lie. The sound completely cut out during their set…twice. I couldn’t believe a show of that size and a band of that magnitude would go dead silent…twice! No biggie though, Thom York brushed it off and so did the crowd. Here is the set list from that night (I included Youtube links so you can get an idea of what it was like. You can hear the sound cut out on All I need): 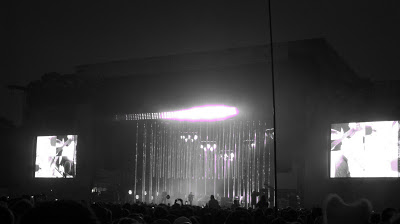 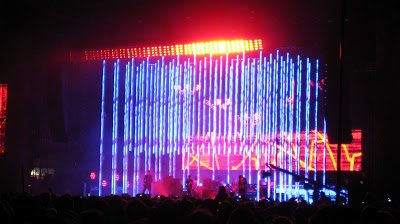 They played a ton off of In Rainbows which is great cause the entire album is amazing. Personal favorites have to be All I need, Fake Plastic Trees, Karma Police and everything of off Kid A. It baffles me how they can reproduce the sounds form that album live. Also any solo song York did gave me chills. His voice is just that powerful and just that good. Who knew I would have to go all the way to San Francisco to get touched like that from another guy. Huh.

The light show also blew my mind. Pictures and video do not do it 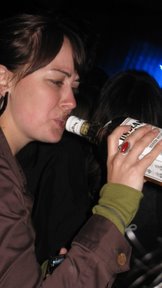 justice. Other highlights of the show had to be Justin’s porta-potty and Inga’s magical friend. I will leave Justin’s porta-potty for your imagination (Think 4 empty beer cups and being trapped in the middle of 10’s of thousands of people) One of the guys rocking out next to Inga was nice enough to pass around a warmer upper (and what ever oral disease he was carrying) by sharing his giant bottle of Jim Bean. He then offered Inga something from his “magic bag” to which Inga politely said no thanks. The guy shrugged his shoulders, tipped the bag upside down over his mouth and proceeded to eat all the contents himself. He stood there chewing hard for a couple minutes then with one big gulp, swallowed it all down. He then turned to us and smiled, waved goodbye, and then floated away. It was the strangest thing…

Evacuating a venue of that size takes some serious throughout planning and execution. The organizers of the event achieved neither of these as they barricaded routes and forced people through narrow exits like cattle. Eventually some chain link fences came down. Unfortunately one came down on my head. No harm done though, it was only my head. Good times. 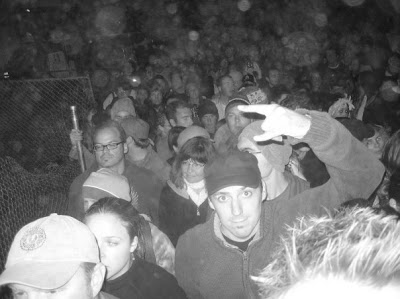 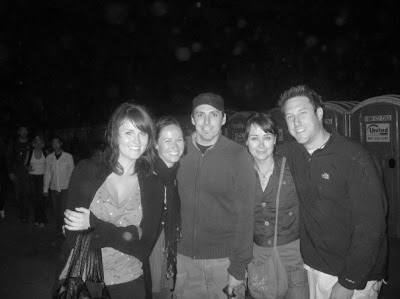 Once out of the grounds we were faced with the same grueling hike to get out of the park. By this time the lack of sleep, booze, and the fact that we had already done the trek once, was really starting to catch up with us. Standing for the last 5 hours didn’t help either. We eventually made it to a road but had no luck getting a cab or bus until finally an empty bus stopped right in front of us. It was honestly a miracle as the bus blew past its stop (where a hundred people or so were waiting) and stopped 15 feet away right in front of us. We didn’t care where it was going. We happily got on and got off of our feet.

Once back at our hotel we were too beat to do much more then get some food and head to bed. It was a bit of a shame as the next day we found out that Radiohead was in the bar across the street from us till the wee hours of the morning. Being there would have made it an unbelievable night. I’m more than OK with with one GREAT Night at the Outside Lands Festival.