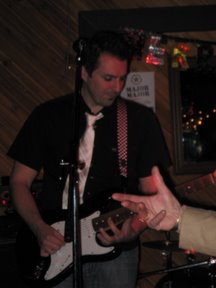 The first gig my new band played was on New Years eve at a bar the size of my basement. It was supposed to be a close and intimate show as we sold out the bar to capacity however due to bad weather or the fact that tickets were very cheap, a good chunk of people didn

‘t show. It was still pretty busy and made for basically a house party at a bar. Not bad for a first show. Scott and Whitney and even Shayne all came up from Calgary for the night. Good times. 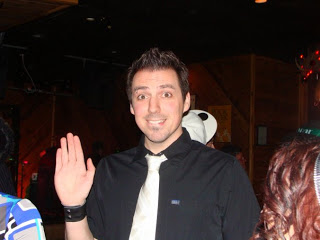 As far as the band went, we did a pretty good job keeping the crowd moving as the dance floor was packed most of the night. A couple co-workers of mine came out with some friends and were surprisingly the life of the party. Speaking with them at work after the break they had said they were pretty stiff the next day from dancing so much. Sounds like we did our job.

I am a couple posts behind so once those are up to date I will recap on another fast and busy year as well as whats up for me in 2009. Happy new years everyone.