The first thing I noticed upon entering the Laugarvatn Fontana Geothermal Baths gates was the lack of people – well second to the jaw-dropping backdrop surrounding this spa. Having already visited the Blue Lagoon I was preparing myself for long lines and rubbing elbows with scantily clad German men. No, not here. Just me and the scantily clad German men on the same small tour group. With scenery this spectacular (the lake and mountains, not the German’s) and a facility this great I wondered,

Where are all the tourists?

Because the Laugarvatn Fontana Geothermal Baths are tucked away on the edge of Laugarvatn lake it may be hidden just enough for the average tourist to pass on by. Or it could be the fact that it is the middle of the winter, although that just makes the warm water more inviting don’t you think? Those willing to look will find it is conveniently located on the Golden Circle route, Iceland’s most popular tourist circuit. If you have already visited Iceland and the Golden Circle chances are you passed right by it. I know I did on my first trip to the “land of fire and ice.” I won’t be making the same mistake twice and neither will you good reader. You’re welcome. 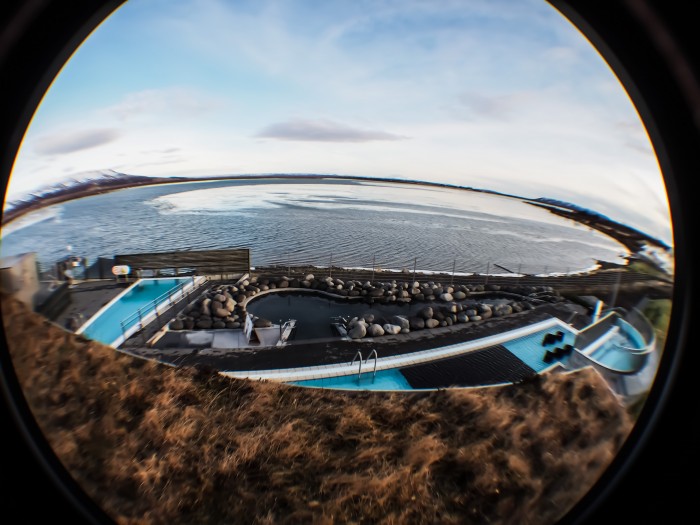 There’s history in these waters.

Before diving in let us step back and think about this fact. The saunas at the Laugarvatn Fontana Geothermal Baths have been soothing the hard-working muscles of the Icelandic people for over 85 years. 85 years! Since 1929 people have been coming to these waters to relax…and bake bread.

Not only will you be able to soak in these same waters but you will be able to taste a recipe that has been handed down over generations, and it is delicious. Buried in the ground and baked from the geothermal heat, this dense rye bread, semisweet in flavour, is a real treat. Note that it takes a full day to cook so they only “open the oven” once a day at 14:30. Be sure to plan your visit around this time. 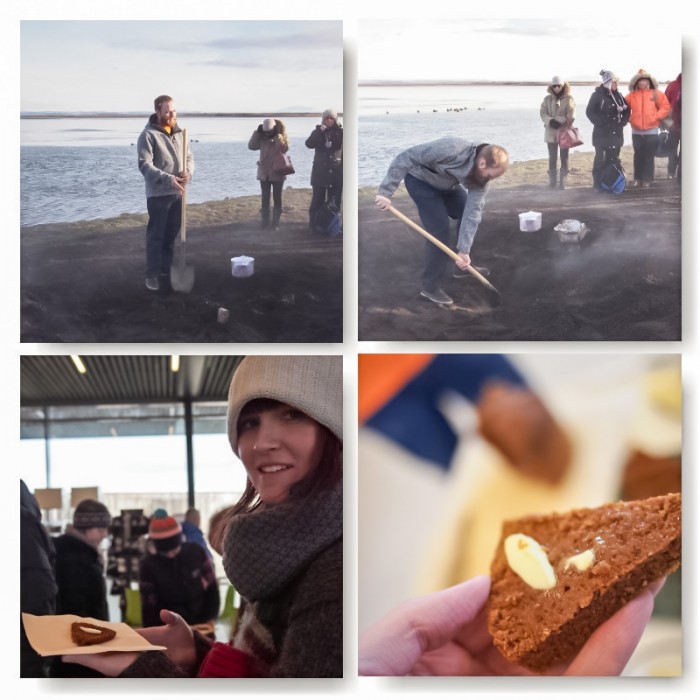 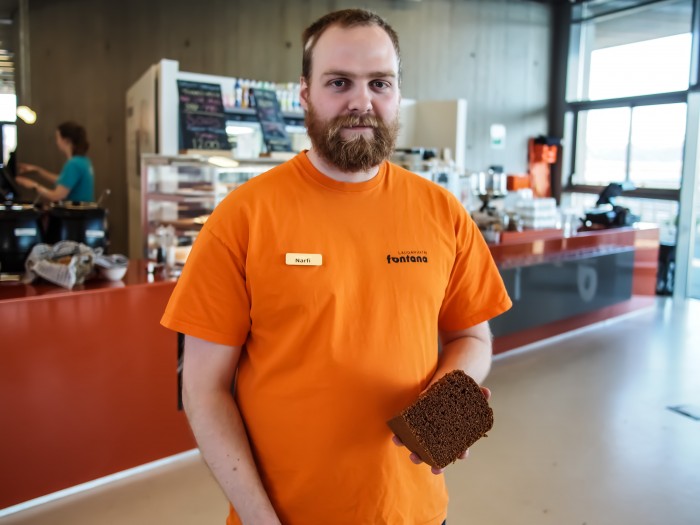 After changing and stepping out into the cold (unless you are smarter than me and aren’t visiting in February) you will be presented with various pools and saunas for you to enjoy. Each has current temperatures, all of which are incredibly inviting especially on a cold windy day. Dive in friend, the water is always warm. 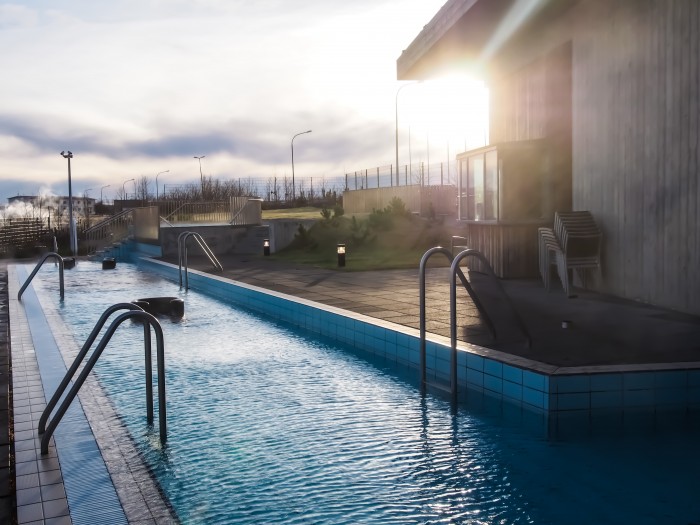 The highlight of the Laugarvatn Fontana Geothermal Baths, for me at least, is the unfiltered lagoon that is purely fed from the earth. It was also the warmest water on the day I visited, so there’s that. This pool is accented by beautiful rock features and has boulders for you to sit on inside the pool. Nature’s hot tub at its finest. 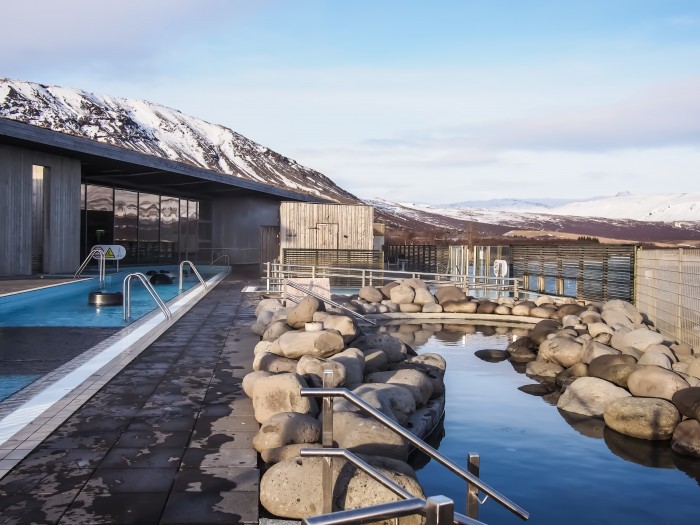 For those travellers more manly than me, you are welcome to take an icy dip in Laugarvatn lake which is easily accessible by a dock steps from the saunas. I am told that it isn’t that bad, even in the winter, as the nearby hot springs make it tolerable. Circulating between cold and hot is believed to be great for getting the blood pumping as well as releasing toxins. Let me know how it goes. I will meet you in the sauna. 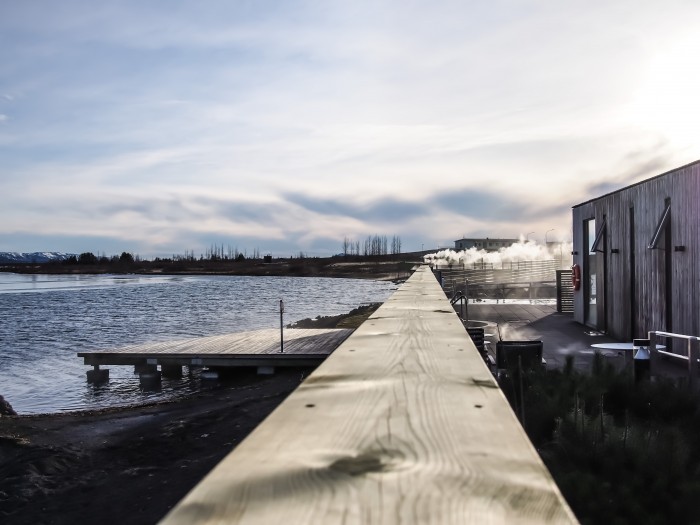 The beautifully wood crafted saunas are not only soothing to the body but to the senses as well. These saunas are directly above steam seeping out of the ground. Through the wooden slats in the cabin floor, you can listen to the lapping geothermal water below while letting the steam work its healing magic. 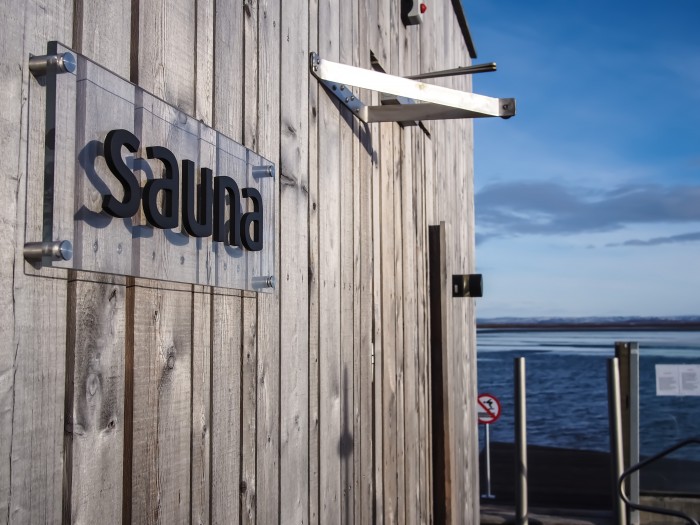 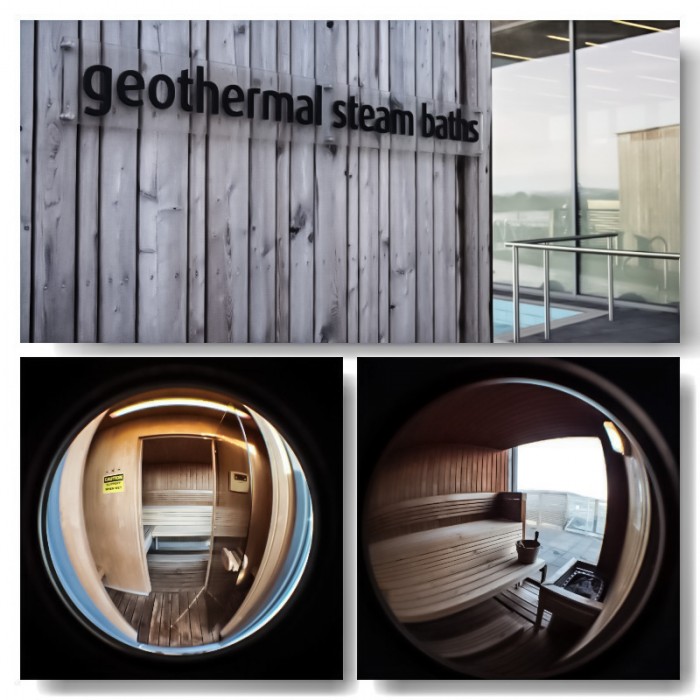 The Fontana spa also has a nice snack bar, perfect for fueling up for your next hike. Speaking of hikes, the nearby hills offer some spectacular trails worth exploring as is the nearby historic town of Laugarvatn. For those lucky enough to be visiting on a clear day in the fall or winter be sure to visit in the evening as the Laugarvatn Fontana Geothermal Baths offers some of the best, if not warmest, seats in Iceland for viewing the Northern lights. 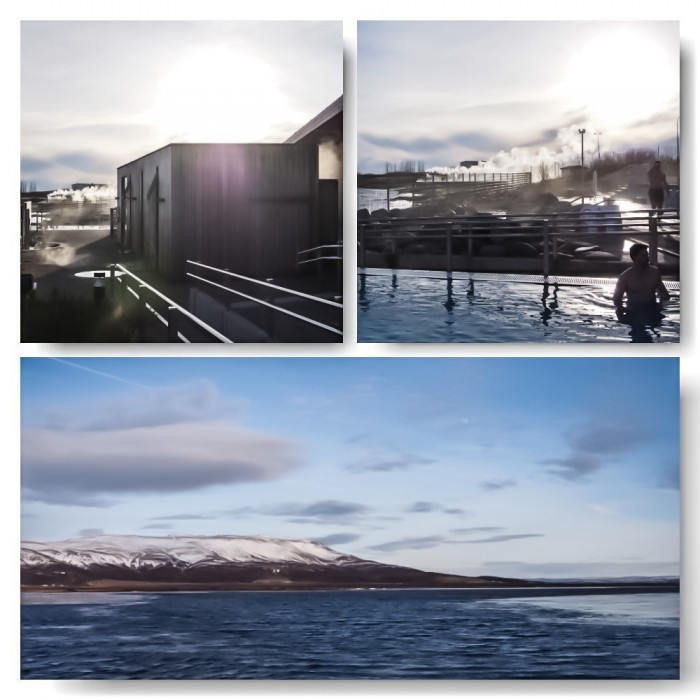 A stop at the Laugarvatn Fontana Geothermal Baths is a must for those visiting the Golden Circle sites. It is less busy than the Blue Lagoon and in the middle of some of Iceland’s best features. Capping off your day of sightseeing, hiking, or horseback riding with a relaxing soak in one of the nicest natural spas in Iceland seems only fitting. Iceland is, after all, runs on geothermal steam. Renting a car and stopping at the Laugarvatn Fontana Geothermal Baths after or before your day of activities allows you to have the freedom to enjoy the facility at your own pace. Those without a vehicle can still have a memorable visit as Reykjavik Excursions offers day tours with a stop at the spa.

For more information on the spa see below.

Although I was provided with a complimentary visit to the Laugarvatn Fontana Geothermal Baths,
the experience soothed muscles, and words are my own.

So how does this site rank?