A Peek Behind Burbanks Scenes

Dubbed the “media capital of the world,” Burbank is home to some of the biggest companies in entertainment. Over the years Warner Bros, NBC, and Disney (among others) have produced hit TV shows and movies from this little city just north of Hollywood. Thankfully Burbank is also home to the Coast Anabelle hotel – the second stop of my #GreatCoastRoadTrip. 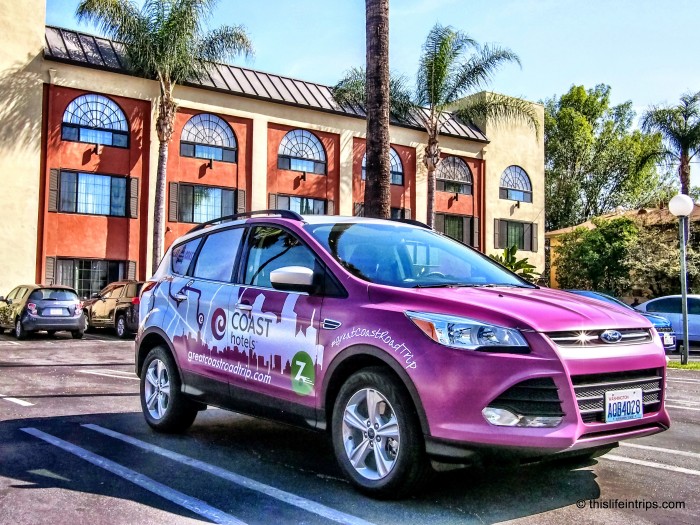 Getting Behind Burbanks Scenes Was Easier than we Thought.

The Coast Annabel hotel is conveniently located minutes away from world-famous studios making it the perfect jumping off point for heading behind Burbanks scenes. If the 5 minute drive is too much for you, head next door to the Coast Anabelle’s historic sister property, the Safari Inn, for a taste of Hollywood history.
This motel, with its original neon sign still standing, is about as retro as they come. Because of its nostalgic style, the Safari Inn has been used in many blockbuster movies and hit TV shows as it provides an ideal shooting location and backdrop.

If that doesn’t satisfy  your behind Burbanks scenes sweet tooth, The Coast Annabel is also next door to the Donut Prince, famous for its “don’t get a divorce, get a donut” tag line. With a line like that we had to give it a try – and judging from the celebrity photos on the wall, we weren’t the only ones. 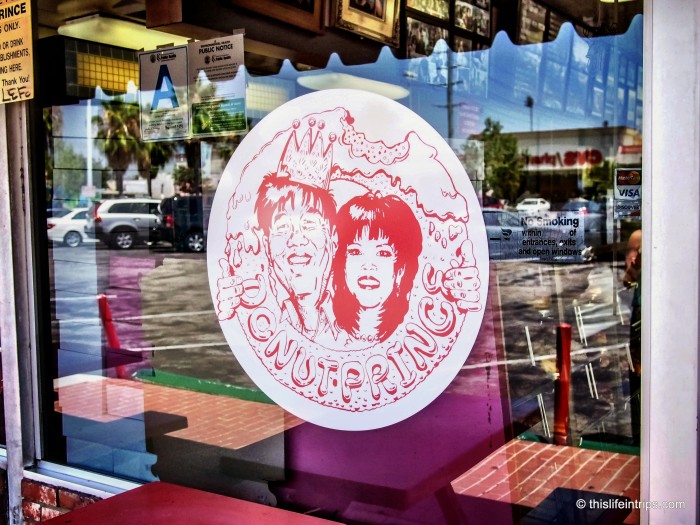 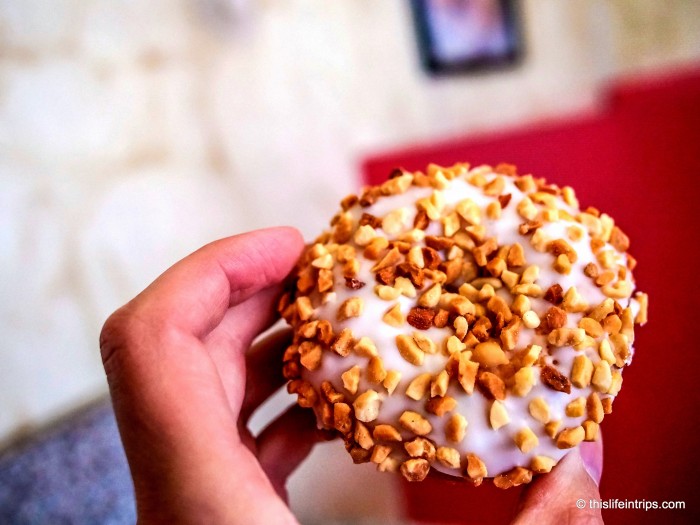 Our day of peeking behind Burbanks scenes continued with breakfast at Olive’s Bistro, the Coast Annabel hotel’s onsite eatery. There we were joined by Adrineh, the hotel manager, who gave us a rundown of the days planned activities. She graciously lined us up with a VIP tour of the Warner Bros. Studio, something I have always wanted to do. Tickets in hand, we scarfed down our breakfast (cinnamon roll french toast – NOMNOMNOM) and headed out for a morning snooping around behind Burbanks scenes.

My main take away from the VIP tour is that Warner Bros. currently makes a lot of  shows I don’t watch. Our energetic and comedic tour guide (Bob) pointed out filming locations and reenacted scenes in shockingly precise detail –  and all I could think is “man Warner Bros. makes a lot of bad shows.” To be fair they may not be bad shows, they are just ones that I have not watched or care to watch. Bob would reference and act out scenes from shows which people on the tour liked so we got a pretty good insight into the filming of Gilmore Girls and Pretty Little Liars.

Still, there were a lot of famous scenes filmed in this historic lot which I did recognize – the upside down kiss from Spiderman, the dance scene from The Mask, the childhood home of Kevin Arnold from the Wonder Years. A cool look behind Burbanks scenes indeed. 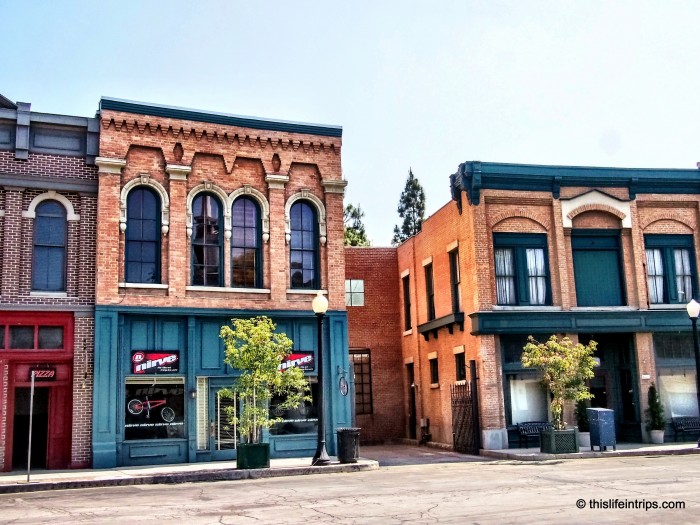 A Tiny Peek Behind Burbanks Scenes

Of course these sets have been used for countless scenes and thousands of productions over the years – just dressed accordingly. With the small size of the lot, creatively utilizing the space has become somewhat of an art form. Example – all the office space where writers and producers work are inside homes and buildings that have exteriors which are used in sets as well as exterior backdrops for scenes. Just part of the magic that is Hollywood. 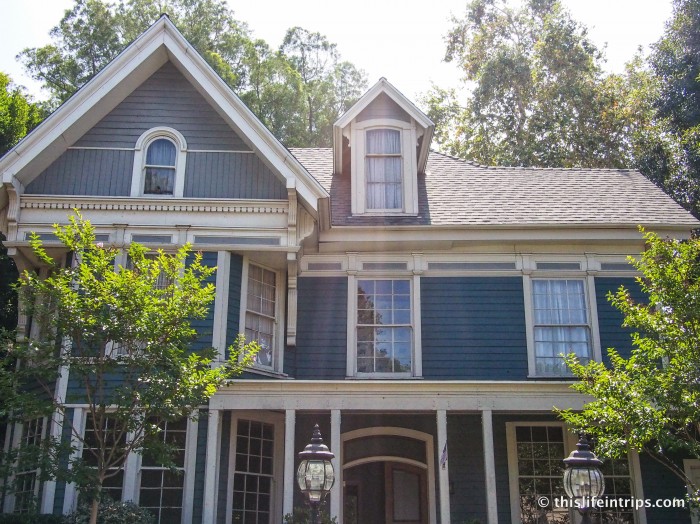 Another interesting take away is how much is done with how little space they have to work with. Remember the famous scene in Jurassic Park where the jeep is being chased by a hungry T Rex? We drove down that jungle road and it is only about 100 meters long. It was shot from many different angles and edited to appear as though it was a continuous road. Any Friends fans out there? (clap clap clap clap) How about the rugby scene or when Phoebe is  “running” through Central Park? Both just a small patch of grass.

Speaking of Friends and deceivingly small sets, we were able to go inside Central Perk, the fictitious coffee shop where Joey, Chandler, Rachel, Ross, Monica, and Phoebe would hang out. After seeing it in person I’m not really sure how they would all fit in there. Especially with Jenifer Aniston’s ego, ammiright?? 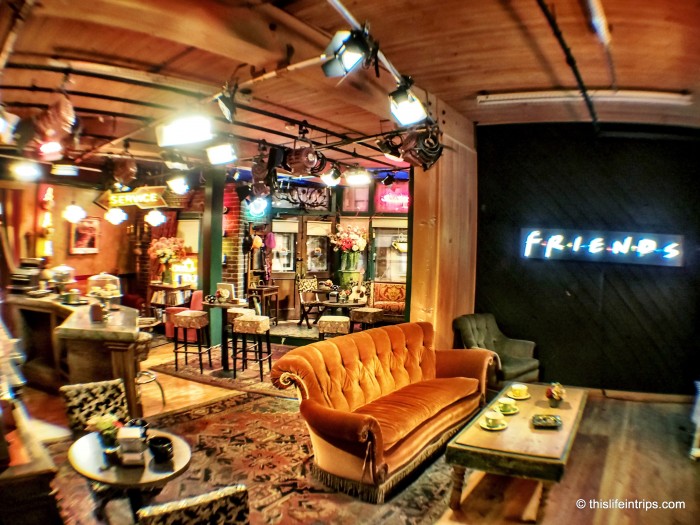 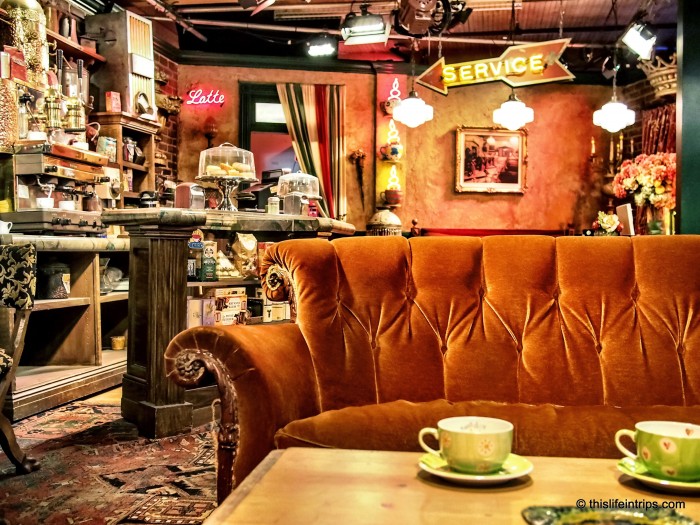 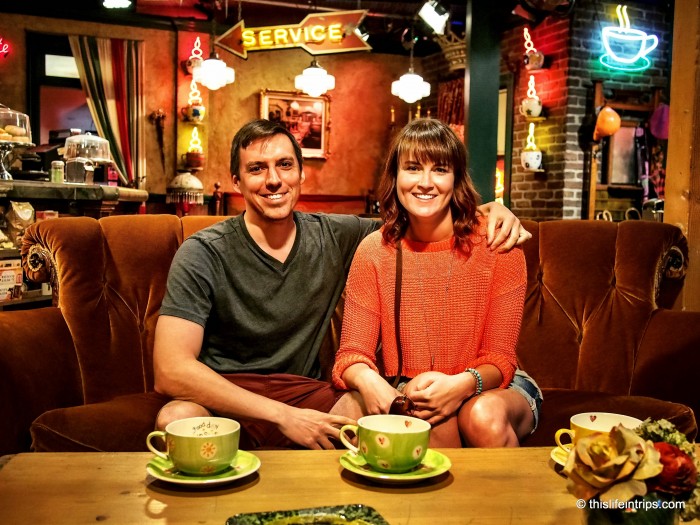 After touring the sets and having our minds blown on the surprisingly un-Hollywood size, we spent some time in the brand new Batman exhibit. Man nerd time! Celebrating 75 years of the caped crusader, Warner Bros. studio has put tons of props on display including Batmobile’s and costumes from all the movies over the years. Awesome. 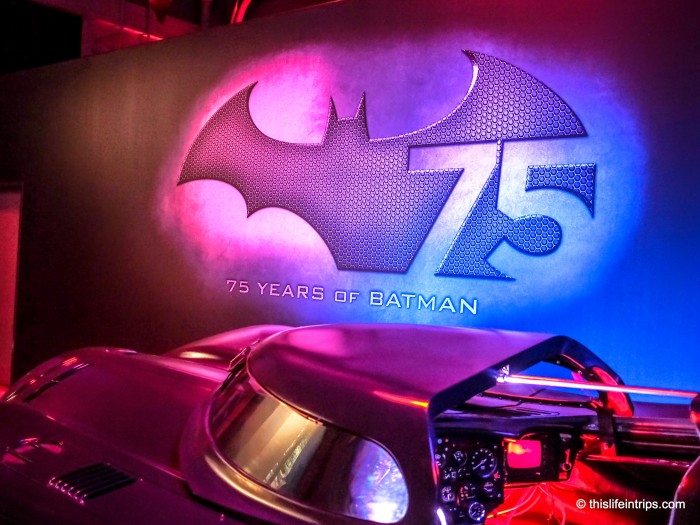 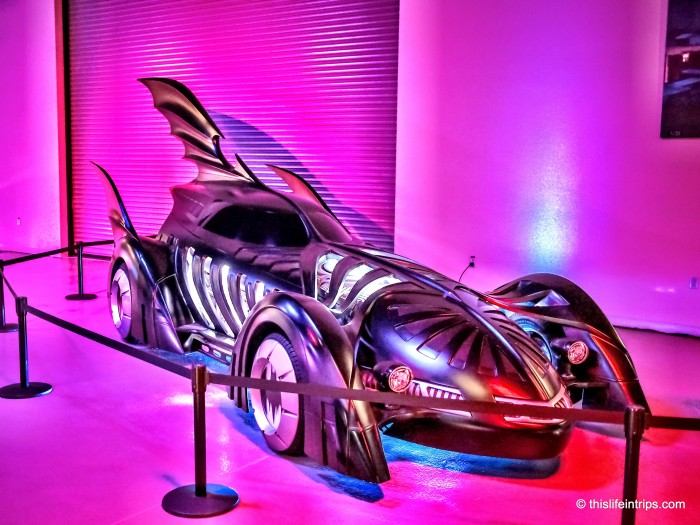 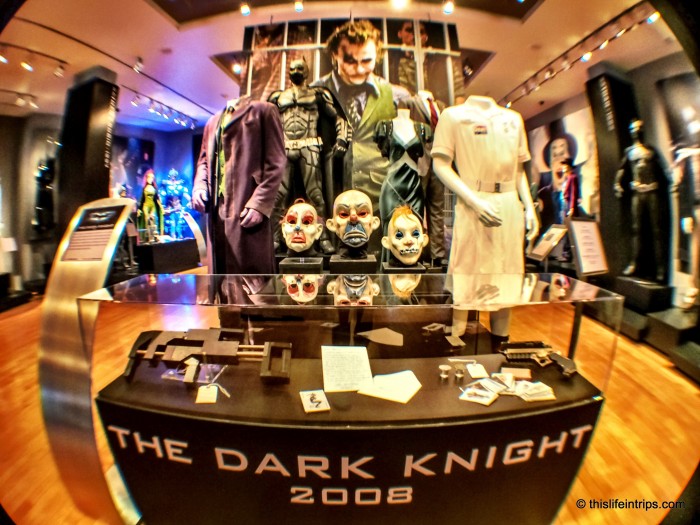 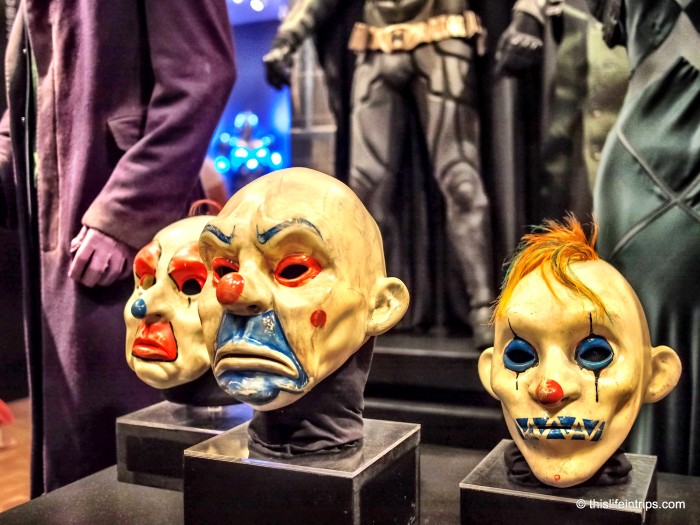 Also in the same building was a Harry Potter display. Sadly all  I could think while checking out the various wardrobes of Harry, Ron, and Hermione is “man, Emma Watson got tall.”

Making the Big Screen That Much Smaller

Even though heading behind Burbanks scenes took some of the luster off of the Hollywood shine, it was still a great tour and worth a visit. Our tour guide was hilarious and made the trip fun and informative. Seeing the Batman exhibit made up for the gossip talk about teen shows I have never watched or heard of and connecting with scenes of shows and movies I love was very cool. Also, walking through the same buildings and studios that Hollywood legends have worked in for decades is definitely priceless. A must do if in Burbank.

Peeking behind Burbanks Scenes and the #GreatCoastRoadTrip is brought to you by Coast Hotels. Come along at roadtrip.coasthotels.com or through the social media links below.