Making the Most of Delayed Flight Compensation

Missing your connecting flight doesn’t always have to be a bad thing. If your travel plans are interrupted by weather, a late take-off, or mechanical issues, you may be entitled to delayed flight compensation. Knowing what options are available  can help you make the most of an otherwise bad situation.

Typically when flights are delayed due to issues beyond the airlines control (ie. weather) they are not obligated to offer any sort of delayed flight compensation – but it doesn’t hurt to ask. Just remember, do not come off as if you are entitled to something you are not. Be polite. The airline will put you on the next available flight but if that flight is full ask questions like “are there seats available in business class?” or “Is there meal vouchers available for a delay like this?” You may be surprised by the answer.

When your flight is delayed for a significant length (typically 2 hours or more) and it is the airlines fault you are entitled to delayed flight compensation. Knowing your airlines policy on your situation can be beneficial. This can be easily pulled up on your smart phone before you speak to a ticketing or customer service agent.

As an example see below for Air Canada’s delayed flight compensation policy: 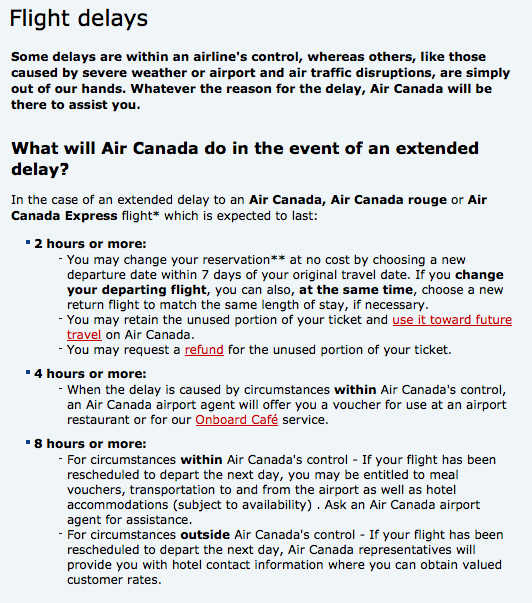 As per the example above, Air Canada offers its stranded customers a hotel voucher if their flights are delayed 8 hours or more. This is great but what if your flight is the last of the day and the next isn’t for another 6 hours or so? Are you expected to sleep in the airport?

Again, it depends on the airline you are flying and what their delayed flight compensation policy is. When in doubt, ask…politely.

How I Make the Most out of Delayed Flight Compensation

On my recent southern California #GreatCoastRoadTrip I had free flights booked home on a Saturday afternoon. With nothing to do that Sunday I decided to look into staying another night in LA or laying over in San Francisco. Nope. Turns out change fees are $200 a ticket ($200!) on top of the difference for the already pricey flights home. $400 and a couple forgone free flights home seemed ridiculous. Not ready to head home just yet I continued refreshing throughout the day only to come up empty-handed. Feeling dejected we made our way to the Bob Hope International airport to catch our flight to San Francisco where we were connecting on home. When we arrived at the airport we were pleasantly surprised to find our flight was delayed over an hour and a half.

Now this is probably the first time a ticketing agent has ever made a customers day by telling them their flight is very late and there is no chance of making the connecting flight. Our ticketing agent had never dealt with anyone happy to hear otherwise shitty news. Thank you United Airline and your 78.35% on-time performance!

So instead of shelling out a ridiculous amount in change fees and flights we were able to take a later flight the following day and have just under 24 hours in San Francisco, one of my most favorite San cities in the world, at no additional cost to us. Winning. 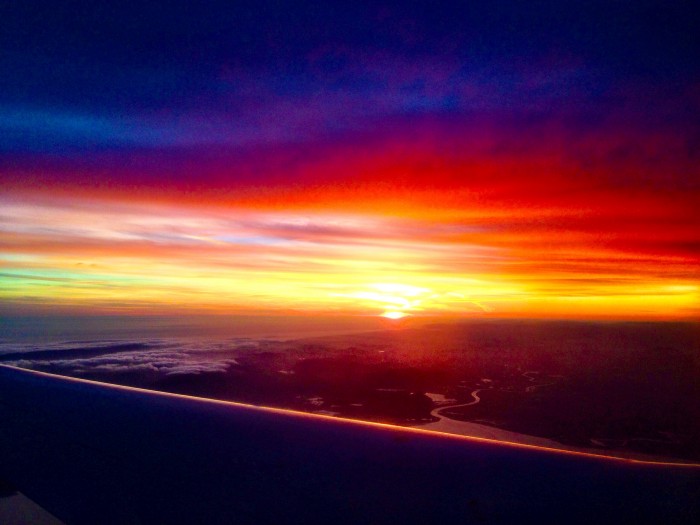 Now there was a good chance that United would have compensated us with meal vouchers and a hotel (usually one that is nearby the airport) but since we were happy to spend a day in San Francisco we didn’t pressure or pursue this. Instead we went and booked a hotel and had meals for free thanks to the trip interruption coverage on my Visa card. Although it is a pain to claim (you need proof of delay/cancellation from airline along with every receipt collected along the way) the coverage is beneficial and was already there for me. Read the fine print of your travel credit card people! It could save you a few bucks the next time you are delayed or stuck waiting for a connecting flight! Just another way to maximize your delayed flight compensation!