Tipping is a hot topic in the United States these days, as rising minimum wages call into question the standard practice of making servers reliant on tips. For travelers abroad, tipping is an equally sticky issue. Figuring out what to tip when can all too quickly turn a relaxing vacation into a stressful one. Knowing what to tip, on the other hand, can empower travelers to navigate a foreign culture with ease.

Because tipping rules vary by country, region, and place of business, it’s important to research your destination’s customs prior to any trip. Start by consulting this guide, which outlines tipping customs in 20 countries around the world, for restaurants, hotels, and beyond! 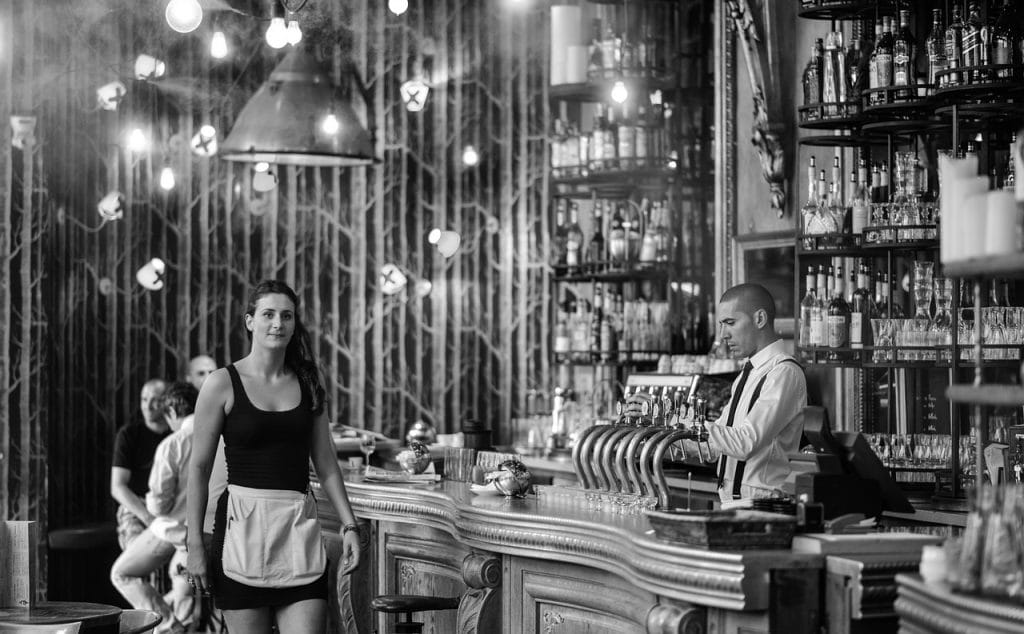 Restaurants: While tipping at restaurants and bars isn’t considered a necessity, many tourists often tip around 10%.

Taxis: Tips aren’t expected, but consider rounding up to the nearest whole peso so the driver doesn’t have to sort out change. If they help you with your bags, add on a bit more as a token of appreciation.

Hospitality: Tip tour guides up to 20% and always give bag handlers a small bill or two.

Taxis: While tipping isn’t expected, it’s common courtesy to round up to the nearest whole number.

Hospitality: For the most part, tips aren’t expected within the hospitality industry.

Restaurants: Canada’s tipping protocols are similar to those in the United States (although most Canadian servers are paid minimum wage before tips). Most restaurants expect a minimum 15% tip.

Taxis: It’s customary to tip cab drivers 10% upon arriving at your destination.

Hospitality: Tip concierges for exceptional service only, leave behind a few dollars (or more) for housekeeping, and give bag handlers $1-2 for each bag they carry.

Restaurants: Most places in the Caribbean islands follow the same tipping standards as the United States, so in general plan to tip 15% or more. One possible exception: If you’re staying in an all-inclusive resort, check to see if the service charge is included.

Taxis: Plan to tip around $1-2 for in-town fares. Tack on a bit extra for late-night or long-distance rides.

Hospitality: Most hotels include a service charge in the bill. If this isn’t the case, be sure to tip bag handlers ($1-2 per bag) and housekeepers ($2 per day). Many resorts discourage tipping, so use your own discretion.

Restaurants: China has a fairly strict no-tipping culture (though some finer establishments may include a 10-15% service charge), so there’s no need to tip at restaurants. If you want to offer a tip for exceptional service, do so out of sight of the server’s employer.

Taxis: Tipping isn’t expected, but it is appreciated (especially in larger cities). Because there’s no customary rate, use your own discretion when deciding how much to tip.

Hospitality: Tipping is usually not expected, although this is changing in more westernized establishments. A good bet is to tip tour guides, housekeepers, and bag handlers a few dollars per day (or bag).

Restaurants: Tip will be included in the bill at most Costa Rican restaurants. If you want to recognize exceptional service, add another 10% on top.

Taxis: Tips aren’t required, but it’s a friendly gesture to tip a few dollars or round up the fare to the nearest whole number.

Hospitality: Tip tour guides 10-15%, and give a few dollars to bag handlers and housekeeping.

Restaurants: While tipping wasn’t always standard in the Czech Republic, the custom has been catching on. There’s no need to tip if the bill includes a service charge (though feel free to add on another 10% for great service). If no service charge is included in the bill, tip 10-15%.

Taxis: Round up the fare to the nearest whole number.

Hospitality: Give bag handlers $1-3 per bag, housekeepers $3-5 per day, and concierges $20 if they go above and beyond.

Restaurants: The government requires a 10% service charge on all bills at restaurants, bars, and hotels. While it’s not necessary to tip more than that, you’re free to hand over a few extra dirhams to the server.

Taxis: Cab drivers don’t expect tips, but it’s polite to round up to the nearest 5-dirham note.

Hospitality: Because service charges are included in the bill, there’s little need to tip hotel staff unless you want to recognize great service.

Restaurants: Tip will be included in the bill at most establishments, but plan to tack on another 5-10%.

Hospitality: Give housekeepers $1-2 per day throughout your stay, tip $1 per bag for bag handlers, and give the concierge $10-20 at the beginning of your stay to ensure great service.

Restaurants: French law requires that service be included in the price, but most locals round up their bills with small change (or up to 10% of the bill).

Hospitality: Give bag handlers $1-2 per bag and housekeepers around $2-3 per day. Exceptional service from the concierge should warrant 10 or more Euros. 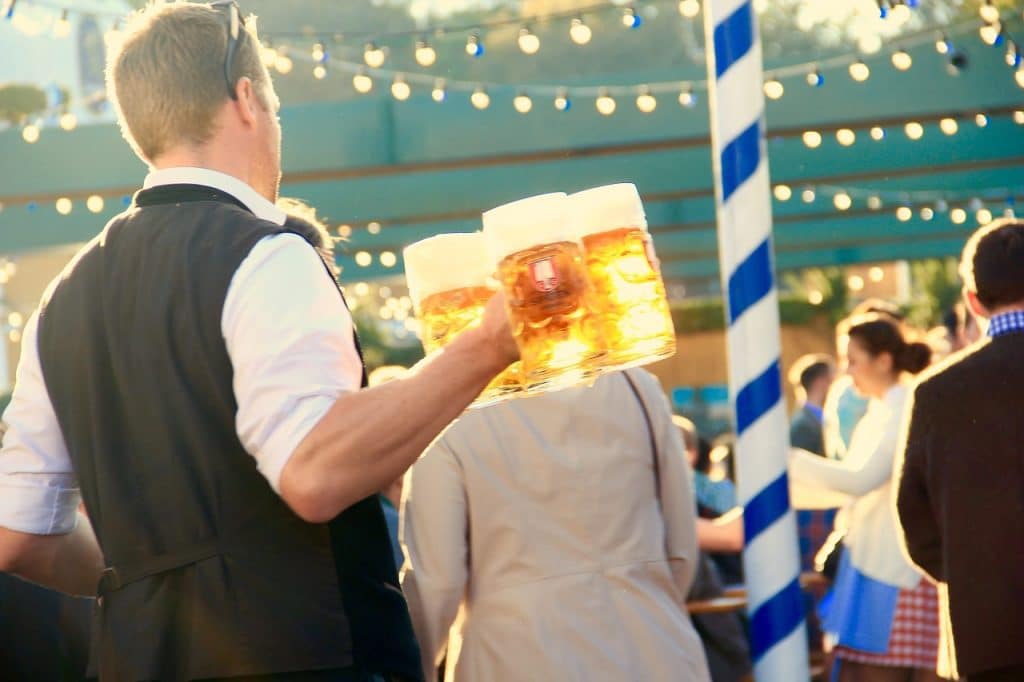 Restaurants: Germany’s tipping customs work much like France’s: Service is included in the price, but it’s customary to round up the bill to an even figure (this usually amounts to 5-10% of the total bill).

Taxis: Round up to the nearest Euro or tack on an extra few Euros if you’re feeling generous.

Hospitality: While tips aren’t required, it’s courteous to leave behind a few Euros for housekeepers and to pay baggage handlers around 2 Euros per item. Slip the concierge 10 or more Euros for great service. 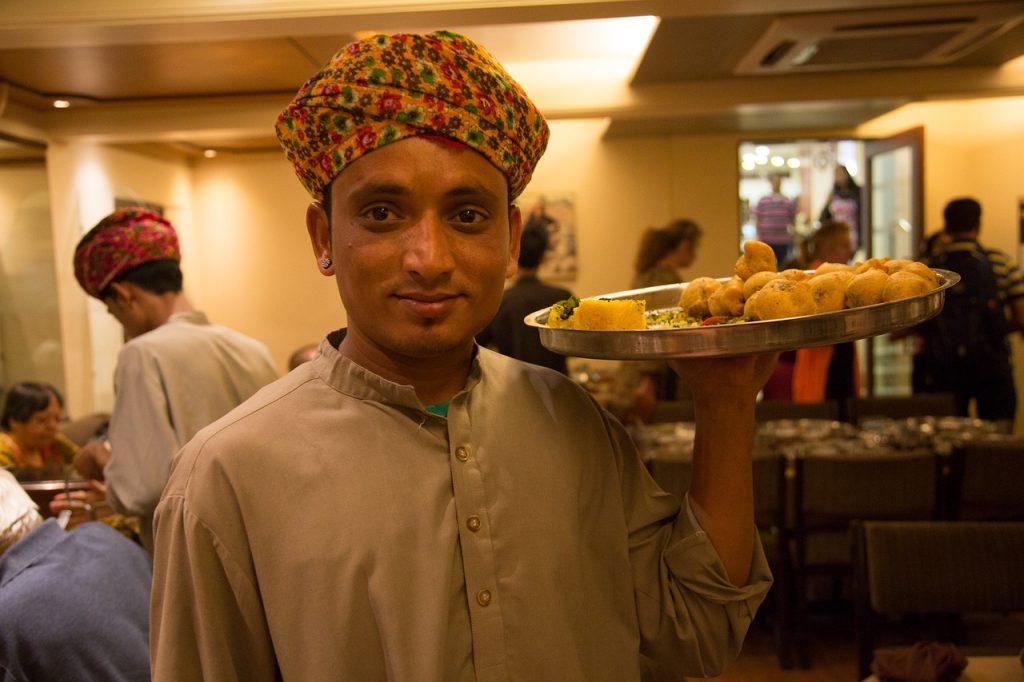 Restaurants: Tip 10% for the waiter, even at upscale restaurants (where a 10% service charge is included in the bill).

Taxis: Tips aren’t expected for short trips. If you hire a driver for a long trip or multiple days, tip around 150-300 rupees per day.

Restaurants: Tips aren’t expected, but feel free to round up the bill or tip 10% for exceptional service.

Taxis: Tips aren’t expected, but they are appreciated. Use your own discretion.

Hospitality: Ditto the above. Tipping really isn’t expected in Italy, but who doesn’t like being appreciated for good service?

Restaurants: It’s unlikely that a server will accept your tip, so it’s probably most polite not to offer one.

Taxis: Tips are not at all expected. A simple “thank you” will suffice.

Hospitality: Tour guides don’t expect tips but are likely to accept them. Hotel staff may refuse a tip if offered; you’re more likely to transfer cash if you put it in an envelope and leave it behind for staff, rather than foisting cash into their hands.

Restaurants: When service is included in the bill, there’s no need to tip. Otherwise, plan to leave 10-15%.

Taxis: While tips aren’t expected, it’s courteous to round up the fare.

Hospitality: Many hotel staff rely on tips as part of their take-home pay, so be generous. Bag handlers, housekeepers, the concierge, and anyone else who performs a service during your stay warrants a tip. The amount is up to your own discretion.

Restaurants: Like Australia, New Zealand doesn’t have much of a tipping culture. Service and sales tax are almost always included in the bill. Tip only for exceptional service or when the menu states that service is not included.

Taxis: Tipping isn’t expected, but acknowledge great service by rounding up the fair or leaving behind a few small bills.

Hospitality: Ditto the above. Tips aren’t expected, but they’re a nice way to express appreciation for a job well done.

Restaurants: Locals generally leave small change or round up to the nearest euro, so go ahead and follow suit. If you receive great service or are dining at an upscale establishment, leave a 5-10% tip.

Taxis: Small change, rounding up to the nearest Euro, or a couple of extra Euros are all acceptable tips.

Hospitality: Pay the bag handler up to five Euros, the person who delivers room service 1-2 Euros, and housekeepers a few Euros for the stay. 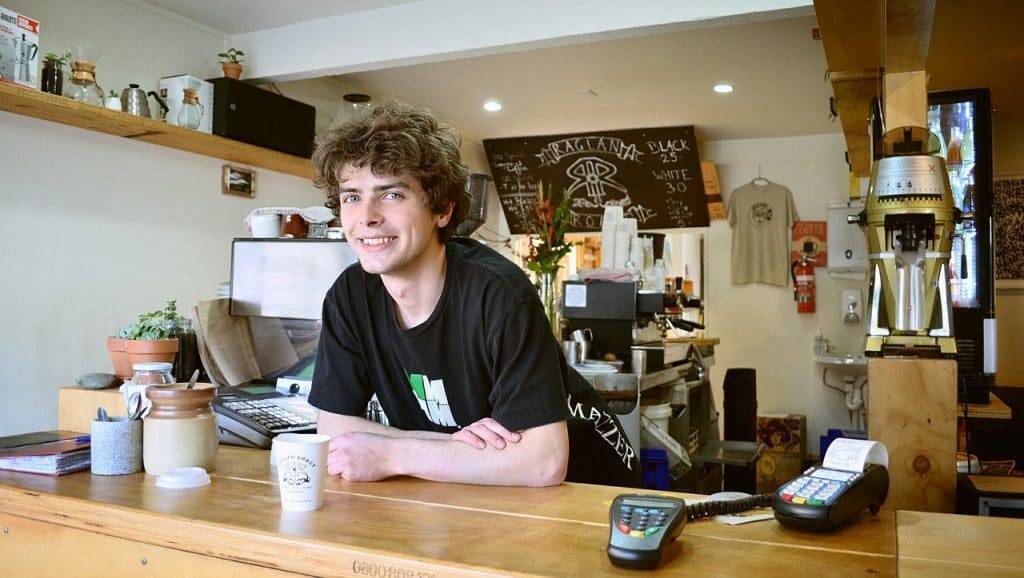 Restaurants: In nearly all establishments, it’s customary to leave a 10-15% tip for the waiter.

Hospitality: Tip bag handlers around $1 per bag. Tip other hotel staff at your own discretion.

Taxis: Tips aren’t encouraged, but a tip of 20 or 30 Baht is courteous.

Hospitality: It’s standard to tip bag handlers 20 Baht. While there’s no standard tip for housekeepers, it’s respectful to leave behind a tip (the size of which is up to you).

Restaurants: If a service charge isn’t included in the bill, tip 10% (or higher for exceptional service).

Taxis: Tip 10-15% for black cabs and licensed minicabs, or just round up to the nearest Euro. Tip extra for help with loading or unloading baggage.

Hospitality: Most hotels include a service charge, but it’s still customary to offer small tips to bag handlers and housekeepers.

No matter where you are in the world, remember that servers, cab drivers, and hotel staff are performing a tough (and often thankless) job. Be both appreciative and thoughtful—try to tip in cash and in the local currency so your server can put the money to good use. And practice discretion when handing out tips, particularly in regions where tipping may be frowned upon. Respecting local customs will go a long way toward make any excursion a positive experience.

What say you?
Thoughts on this Guide to Tipping Internationally?
Let’s hear it!

For more tips from Hipmunk and beyond see HERE.

This post was posted by thehipmunk on Hipmunk’s Tailwind blog on September 9, 2015.

Written By
thehipmunk
More from thehipmunk
Gas prices are down, the temperature is heating up, and travelers are...
Read More

About This Life in Trips

This Life in Trips is a collection of travel experiences that includes tips, reviews, and stories to inspire and educate others who are looking to find more out of life and more out of travel.

A little bit of Japan right to your front door!