Getting scammed in Bangkok

There I stood being fitted for a suit jacket I did not want and had no intention of buying. I looked at myself in the mirror and saw a man that has been bested. I felt sick. I caught my eyes in the reflection and gazed in confusion. Rage. Self-contained rage. I clenched my fists, grazing the fabric of the suit in the process. “Oohhh…this is soft!” I thought to myself, briefly being taken away from the moment – only to be returned by a short man measuring my inseam. Deflated. Dejected. Beaten. This is how I felt being scammed in Bangkok. I had let myself down and more importantly, you the reader. I mean aren’t I smarter than this?  I’m a well-traveled blogger…

How did I end up here?

How I ended up getting scammed in Bangkok

Let’s back up. We had just arrived in Bangkok after an overnight flight and we were exhausted. It was significantly hotter than the dry desert of Dubai where we had had spent a few days basically in the comforts of an air-conditioned mall. After walking in the wrong direction (twice) and politely turning down every tuk-tuk driver in the city we arrived at our hotel. Now a normal traveler would allocate time to decompress after such a long and tiring journey. Not this guy. No, that would make too much sense. Instead of taking the time to adjust and right our internal clocks we showered and headed out to see the city – a place I only gave us a couple days to explore. The plan was to head out to a night market then take in the sites of the city the following day. Finding a cab that ran on a meter proved to be harder than I had anticipated and the lack of sleep made turning down the throngs of tuk-tuk drivers difficult – especially the ones offering a free ride. 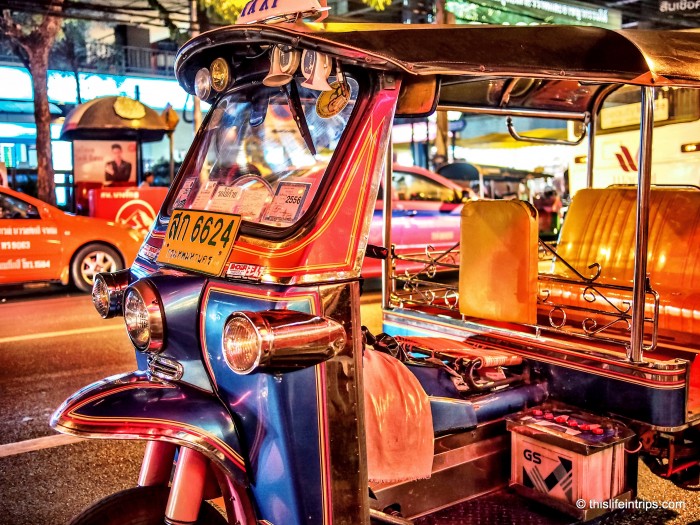 In exchange for “two minutes” in either a travel agency or tailor shop, the driver will give you a free ride because he or she gets a coupon for gas from said shop. Harmless right? More of an annoyance than a scam but something I would never go for under normal circumstances.  Feeling pressed for time, tired, and generally just over the situation, I gave in. I tried to justify to myself that it would be a quick stop. We needed some information on trains north anyway so killing two birds with one stone? Win win right?

Why am I  so naive when I’m tired?

We piled into the tuk-tuk and made the short ride to the travel agency as agreed upon. Inside the air-conditioned building we were seated at an agents table then given ice-cold water while we waited. “Well alright!” I thought to myself as if I had accomplished something. Within minutes we confirmed with the agent what we had already known regarding the sold out night train to Chiang Mai, said thanks, and left.

“Well that wasn’t so bad” I said to Erin while we waited for our driver to return. To his surprise, we were out a  little early so when he went inside to claim his voucher it took awhile. When he finally returned he told us that because we didn’t book anything he did not receive his vouchers and suggested we go to his tailor shop instead. I was not in the mood.  We argued for a bit and even offered to pay to take us where we wanted but it was no use. We had gone to far. 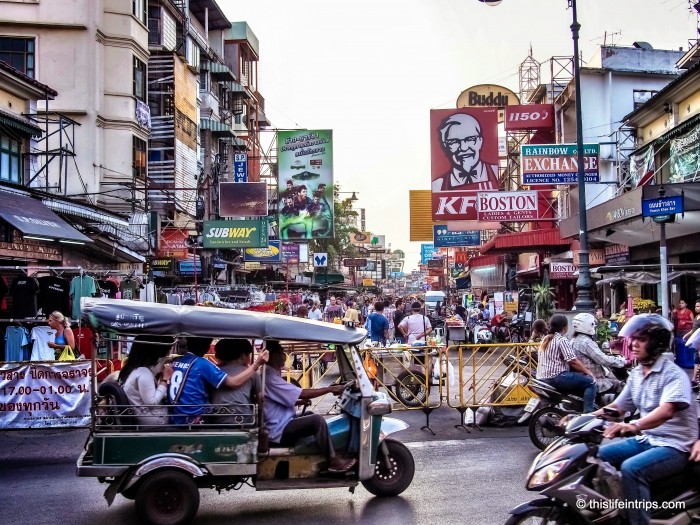 Now because I was tired and because I didn’t have the energy to argue I reluctantly agreed. He took us to the tailor and once again waited for us outside. We awkwardly looked around the shop, mustering up about as much enthusiasm as possible in that situation. “How long do we have to play this charade” I muttered to Erin while fingering through a rack of cheap suits and trying to avoid eye contact with the shopkeeper. They were asking hundreds of questions to which I just smiled a forced smile. I made the mistake of taking a sport coat off the rack for a closer look and before I knew it I had it on with three people taking my measurements. Crap.
Fed up with the situation a generally over being polite I forced my way out of the coat and left the store. Once again the driver looked concerned that we have not made any purchases. I didn’t care. After brief conversation with the stores shop owner he returned with his gas coupon, thanked us, and took us to the agreed-upon destination. In the end the ride was indeed free, only costing us our valuable time and sanity. Obviously I would not recommend this route to others. 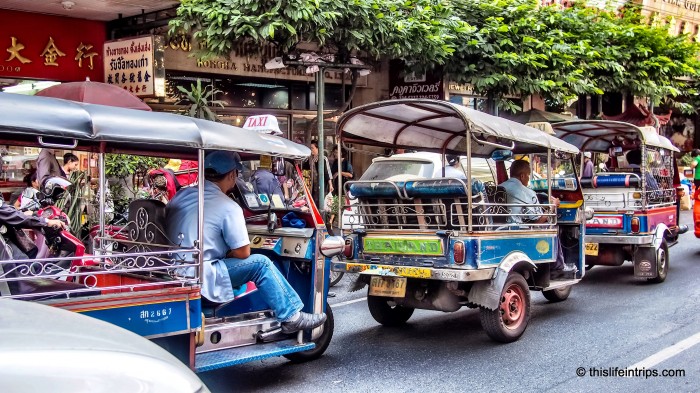 Oh and the really sad part?? After struggling to find a tuk-tuk driver to hire for a day of sightseeing the following day, we ended up going with the same tuk-tuk driver that scammed us! He came up to us like we were best friends and even though I hated the situation I put us in, I hired him again just to get away from the other drivers that were hounding us.

I mean, he seemed like a real swell guy! 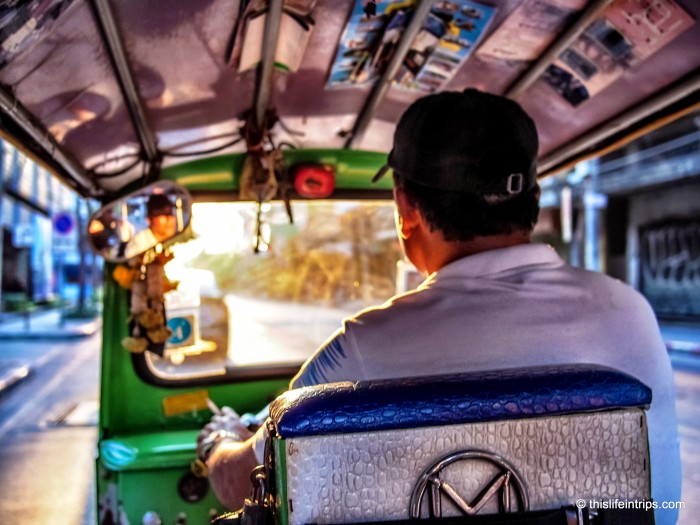 In the end, the tuk tuk driver was great. He took us to all the sights we wanted to see in Bangkok (and then some) for a fair price. I don’t believe he was being malicious, he honestly wanted the gas vouchers which are clearly more valuable than time. Obviously there are worse ways to get scammed in Bangkok than this. Still, to get taken for a ride like that is uncharacteristic of me…even more so to go back to the same guy the next day!

Fool me once, shame on — shame on you. Fool me — you can’t get fooled again.

Written By
Shaun Robertson
More from Shaun Robertson
When my Instagram account started picking up steam I caught some flack. Not because...
Read More