With little time to spend in the Blue Grass State I was still able to get a glimpse of why I want to return to Kentucky. No, I’m not talking finger-licking-good chicken. The reasons I will return to Kentucky, The Kentucky Derby Museum and the Bourbon Trail.  Although I’m not a huge horse race fan (I prefer wiener dogs),  or a huge whiskey fan (I prefer beer), I couldn’t leave the state without at least seeing the famous Kentucky Derby grounds or tasting some bourbon straight from the source. 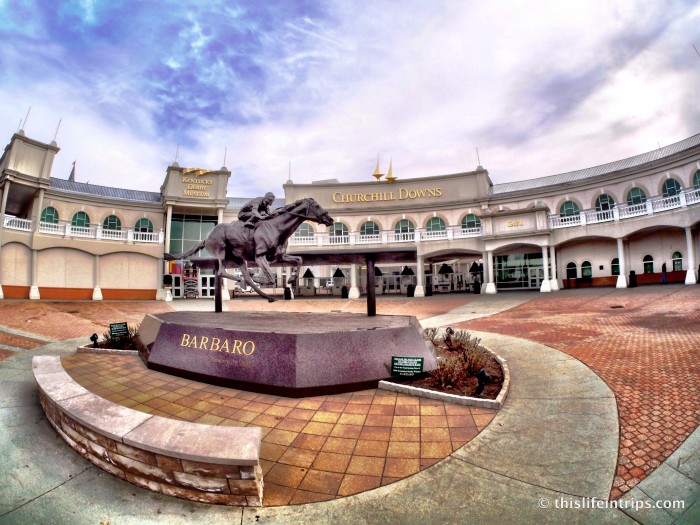 After touring the Louisville slugger Museum and factory (A Must see when visiting the city) we drove through a less than posh area of town before arriving at the expensive Kentucky Derby grounds. I had no idea just how massive this horse track is. Although there is a museum on site we didn’t have enough time to check it out. A shame, as I do love a good sports story. Reluctantly we moved on but not with out the promise of a return to Kentucky to properly check out the derby. A bit of a downer but there were more important things coming up. 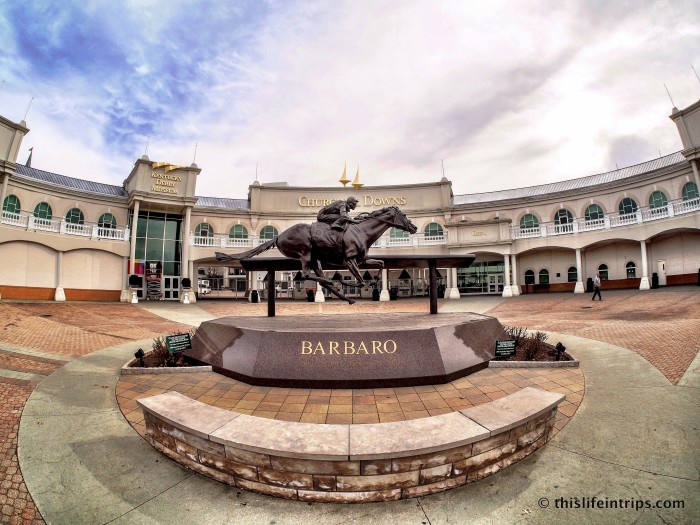 Yup. That exists. It was a shock to us as well. So much so that as we passed a sign advertising the exit Erin shouted “stop the car!” As we took the exit I looked it up and found that it links 9 historic distilleries over 100 miles. We wanted to hit Maker’s Mark but it was a little too far off the beaten path. Instead we stopped in at the massive Jim Beam facility and were subsequently glad we did. 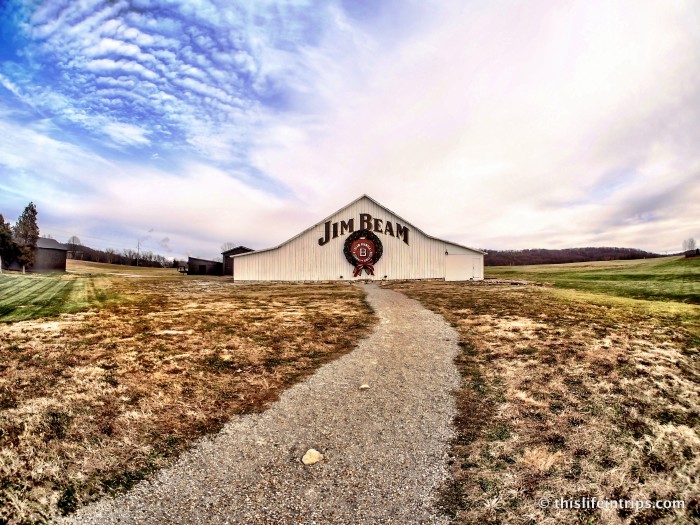 Now I’m not a Bourbon fan but love a good story and a little history. Of all the bourbon being made in the hills of Kentucky, Jim Beam has history and stories in spades. Since the mid 1800’s the Beam family has been making bourbon in Kentucky. They survived prohibition and have risen to become one of the biggest distributors in the world. 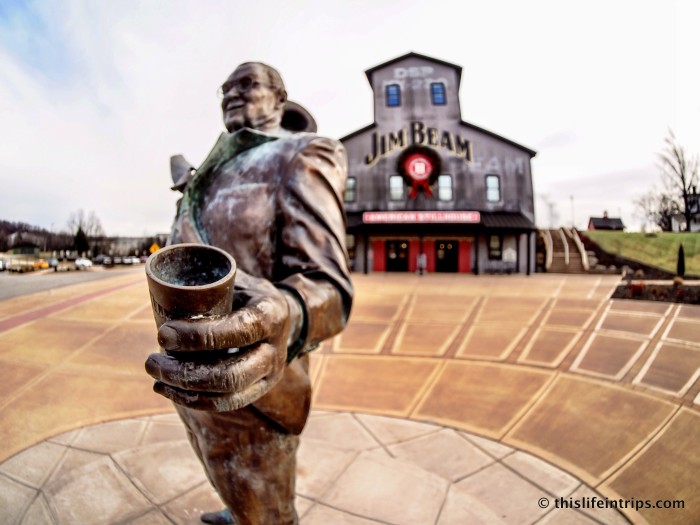 No Time for a Guided Tour

Since the Bourbon Trail hadn’t been planned for we were limited on time to visit. Instead of a detailed guided tour we wandered the historic grounds of old family homes and factories on our own before settling in the tasting room. Included in your self-guided (and free) tour is two shots of the good stuff. Sounds great however there is close to 30 Different types of bourbon to choose from. Thankfully the helpful staff pointed us in the direction of the small batches and therefore most expensive stuff. Even though it all tastes like burning to me, the 12-year-old signature craft was nice on that exceptionally chilly day. 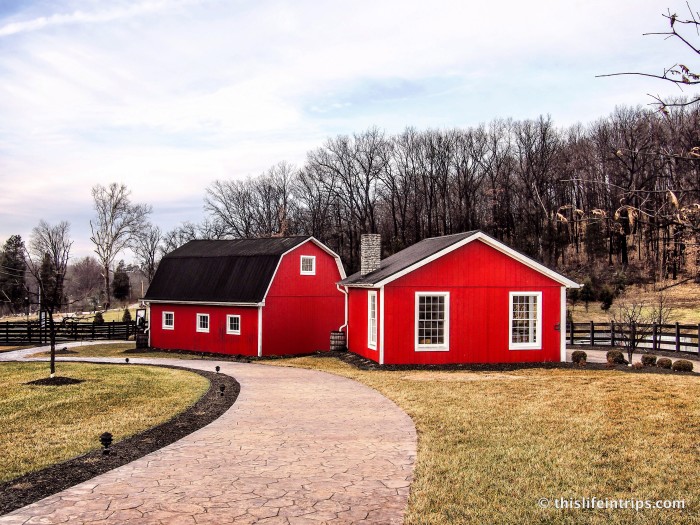 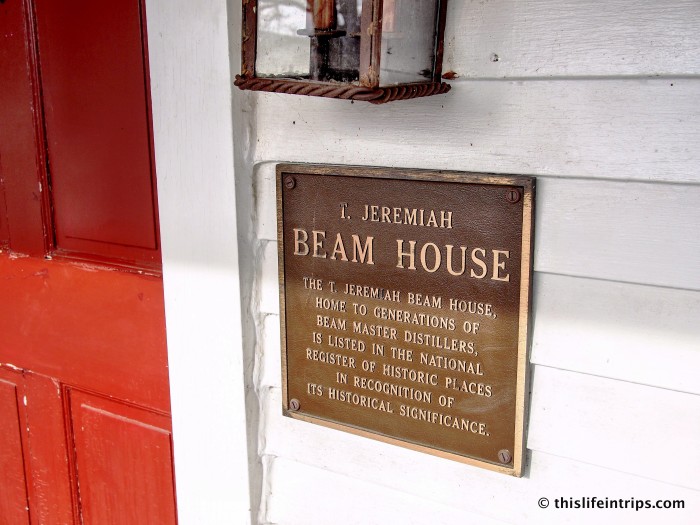 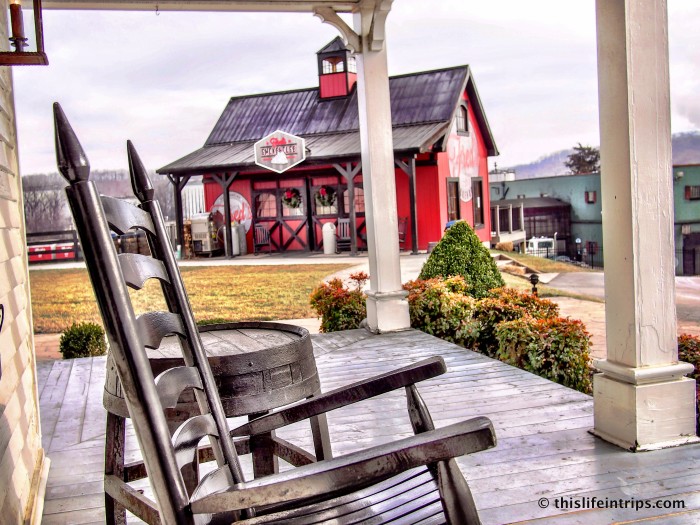 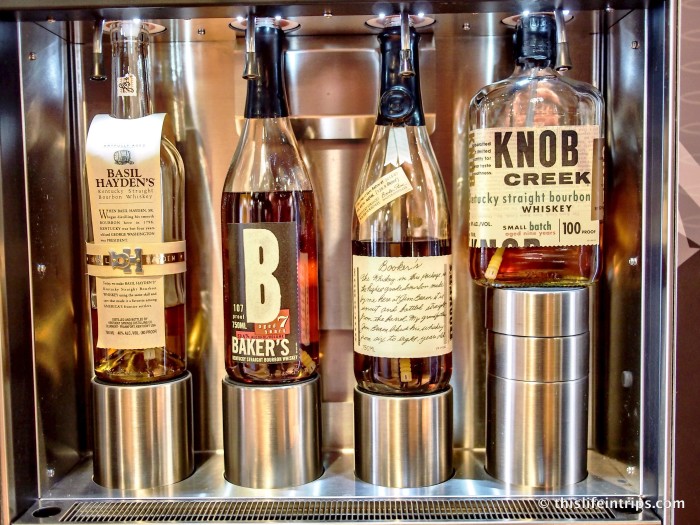 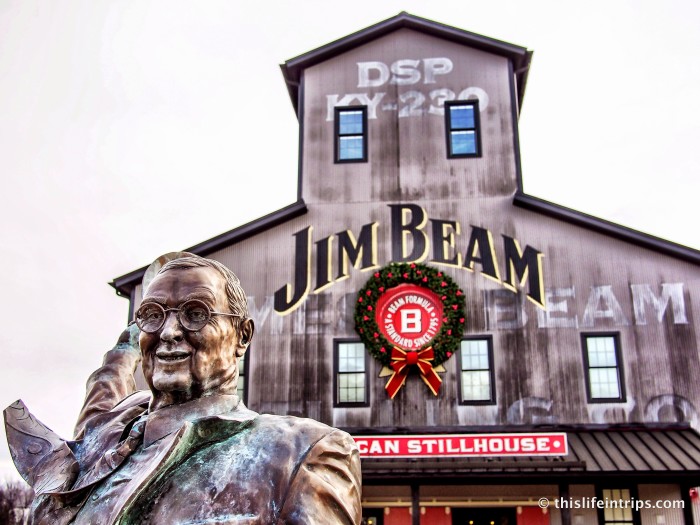