Not but 12 hours after hoisting Larry Bird’s 85/86 MVP trophy over my head I was swinging Yankee legend Mickey Mantle’s game-used baseball bat. By this point in my trip, the sports fan in me was screaming “stop while you’re ahead!” How did I get to put my gloves on such a prestigious piece of sports history? By visiting the Louisville Slugger Factory and Museum. 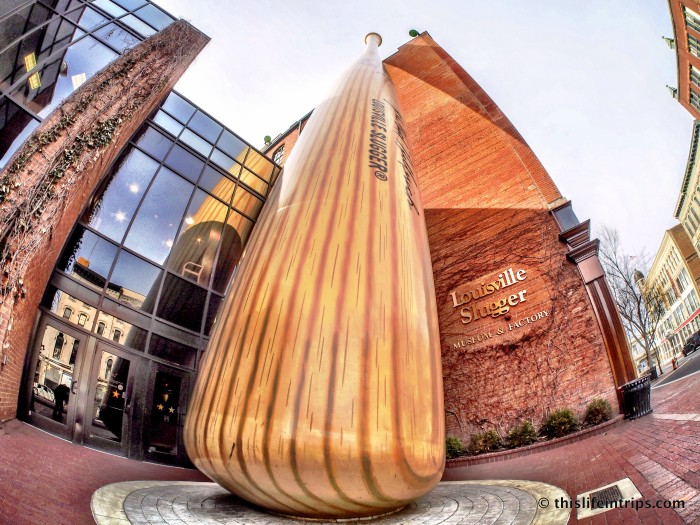 Where Baseball Bats are Born

After our tour of French Lick we made the short drive southeast to Louisville Kentucky to find out where baseball bats come from. My first impression of visiting the Louisville Slugger Factory was that it is super small and super simple. Most major manufacturers these days run massive factories with high-tech gear in sterile rooms.

Not the case in Louisville.  This 120 year+ company is run by real people and therefore seems like a startup company looking to make a difference, not the biggest name in baseball bat manufacturing.

We took a short guided tour through the facility and got a look into just how simple the process is. It’s not only interesting from a baseball fans perspective but also from someone who could care less about the game. Erin and her mother, who couldn’t tell a Pujols from a hole in the ground, found the factory fascinating.

Attached to the factory you will find the Louisville Slugger Museum. This interactive area includes memorabilia from baseball’s biggest stars. Included in this treasure trove is Hank Aaron’s game-used bats and a massive stick from Babe Ruth’s 1927 record-setting season where he hit 60 home runs. This historic bat is distinguished by the notches carved in it by the Big Guy himself. Like a prisoner counting days in a jail cell, these tick’s represented every homer he hit that season. 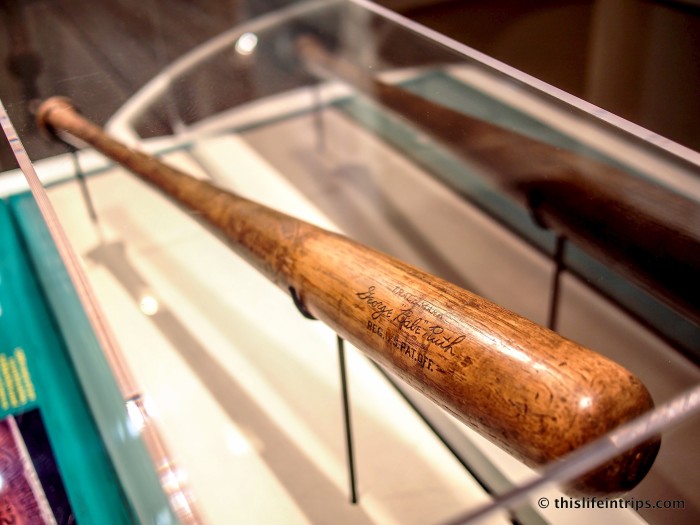 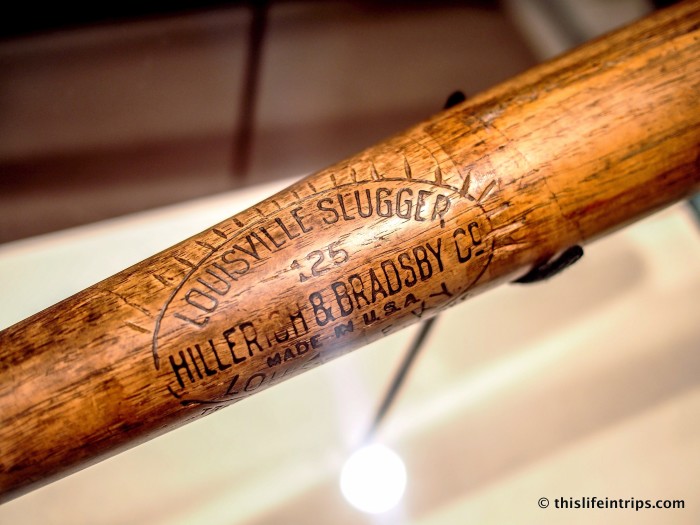 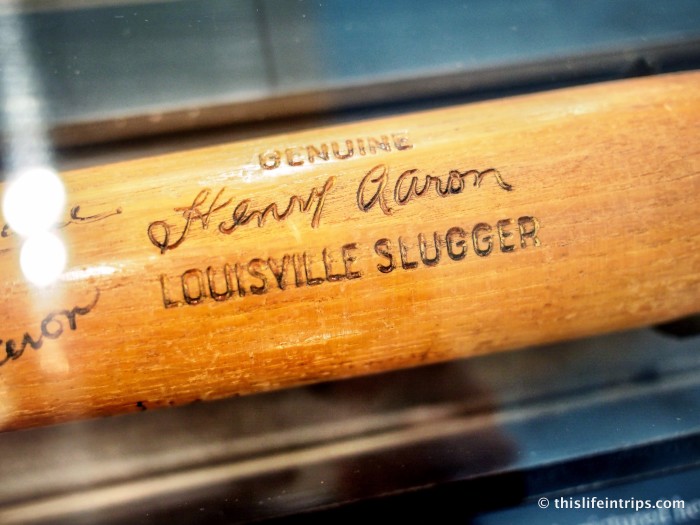 Oh, and there is Selection of game used bats for visitors to (carefully) swing. I chose Mantles above others and held it in awe. 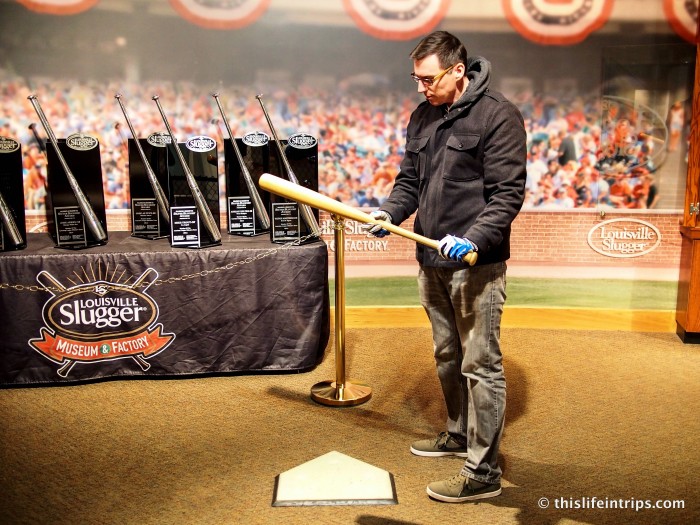 After chatting up the attendant he asked if I would like to swing Babe Ruth’s bat. “You’re shitting me right?” actually came out of my mouth. Of course, he was joking and handed me an oversized novelty bat. Still, after being handed trophy after trophy in French lick part of me thought he was going to crack open The Great Bambino’s case. 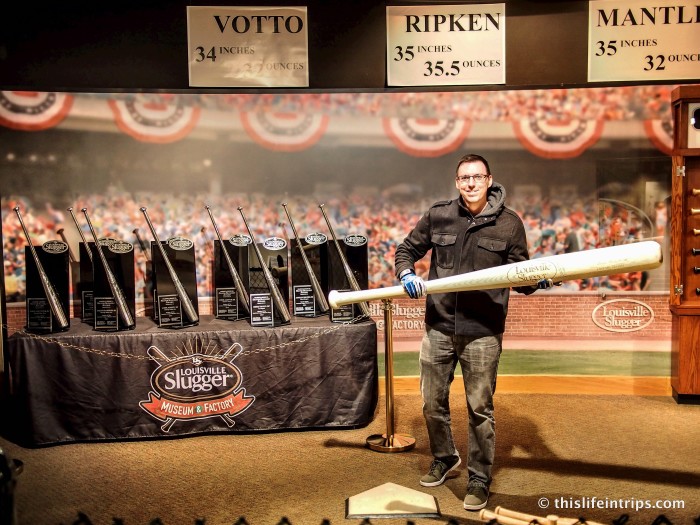 Babe’s bat or not, visiting the Louisville Slugger factory and the museum is worth a visit – even if you aren’t a baseball fan. If you have trouble finding the place, just look for the world’s largest baseball bat proudly on display at the front door!