On the very tippy top of Northern Ireland sits the strangest geological rock formation I have ever seen – the Giants Causeway. After a day touring the Giants Causeway I could see why early settlers conjured up stories of giants wrecking havoc on the area. Here’s why:

Possibly the greatest thing about touring the Giants Causeway is the inclusion of both fact and fiction in how they came to be. Upon arriving at the very modern and interactive welcome center you will find exhibits and displays covering the scientific reasoning to these odd octagon shaped steps. Millions of years ago blah blah blah…Like many, I prefer the storytelling side and thankfully this has been well preserved. Grabbing an audio guide (included in admission) I headed out while listening to stories of angry Giants and camels in the hills.

As you continue down the path you will hear the story of how Finn McCool was fed up with Benandonner, a Scottish giant harassing Ireland. Not one to back down from a fight (or is he?), Finn begins hurling chunks of rock into the sea building a pathway to his Scottish foe. Turns out Benandonner is massive. With the aid of his wife disguising him as a baby, Finn runs and hides. When the angry giant sees how big the baby is he fleas back to Scotland and destroys the path in fear that the father must be the real deal.

How great is that? 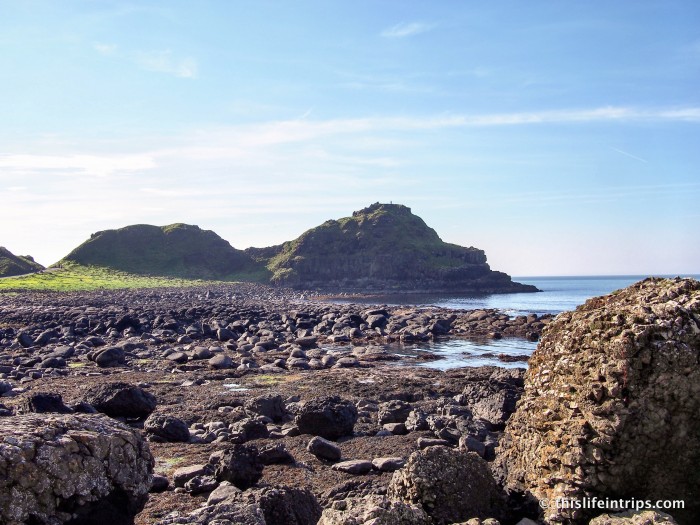 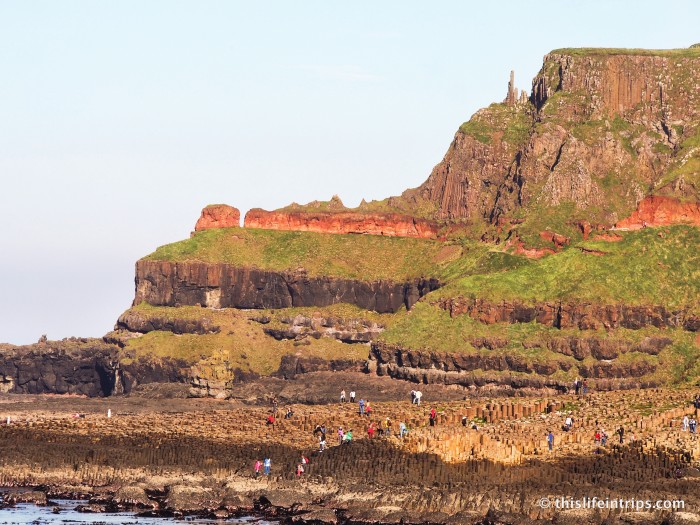 Touring the Giants Causeway in person, you can understand why these myths exist – it truly looks man-made. How could it not be? Pillars and steps out into the sea can only be described as mind-blowing. Even though I had read the scientific reasoning of how the rock formation came to, I still wandered around confusingly asking myself “how?” and picturing an angry giant smashing his way back to Scotland.

See it to Believe it

Cost: Free although the visitors center is £9 and includes parking.
Includes: Audio guide, visitor center access.
Don’t Miss: the walk from the visitor center to Giant’s Causeway. ~20 min but gives you time to listen to the myths!

What say you?
Thoughts on Touring the Giants Causeway?
Let’s hear it! 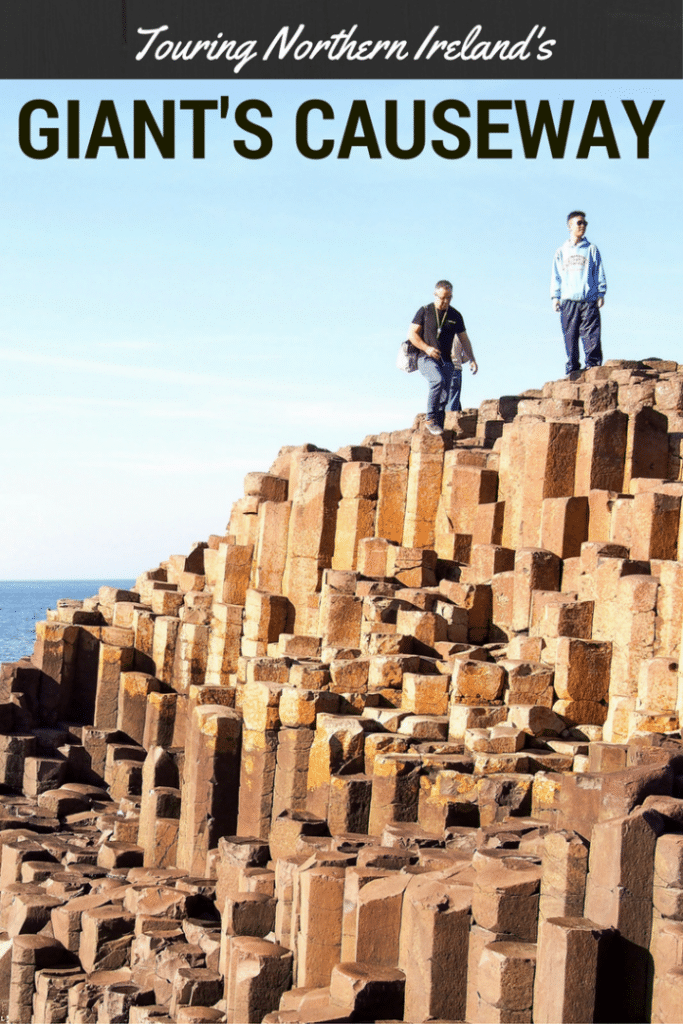 Touring the Giants Causeway is brought to you by Auto Europe Car Rentals as part of my #EuropeanRoadTrip.