Of everything I saw and did in Serbia while on my European road trip with Auto Europe Car Rentals, my ride on the Šargan Eight Railway stands out the most. It was a random find and something so very unique. Toss in my love of trains and drinking with locals and you’ve got my favourite day out in Serbia.

What is the Šargan Eight Railway?

In short, the Šargan Eight Railway is a narrow-gauge heritage railway. Originally set up as an important link between Sarajevo and Belgrade, today it takes visitors for a scenic ride through the hills of Serbia. The “Eight” comes from the tracks shape through the Sargan Pass. Along the way you pass to through tunnels, over bridges, and stop at several scenic vantage points – all while commentary and music crackle over the loudspeakers. Awesome.

The Šargan Eight Railway train departs twice a day (see the schedule here) from Mokra Gora. The round-trip journey takes roughly 3 hours and, on my journey at least, included some colourful locals. Shortly after chugging away from the station the car full of joyful Serbians got even more joyful with the passing around of some sort of blueberry wine. Think whole berries soaking in rubbing alcohol. It was, to say the least, an experience – one that made the trip a memorable one for me. The drinking continued throughout the tour with vendors dishing out large beer at every stop. Best train ride ever. 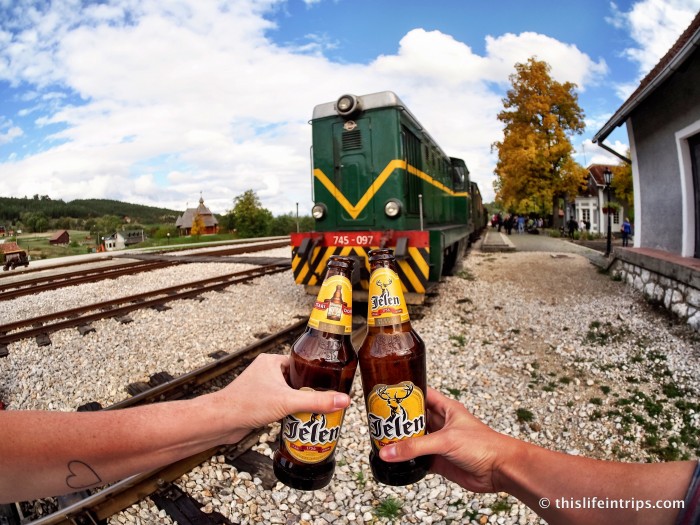 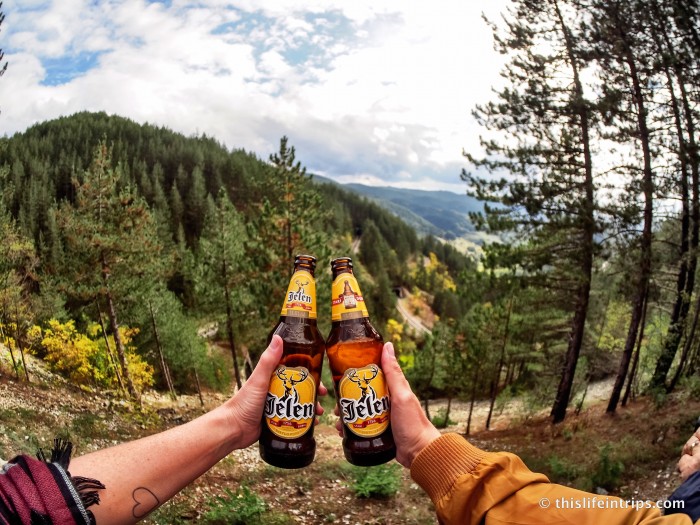 The turning point of the ride is in Jatare where, not surprisingly, you can buy more beer. On the way down stops allowed guests to take a short hike and at pay for a little luck. At least I think that’s what the rock that everyone was piling money on in the middle of nowhere was all about. My Serbian is not so good. 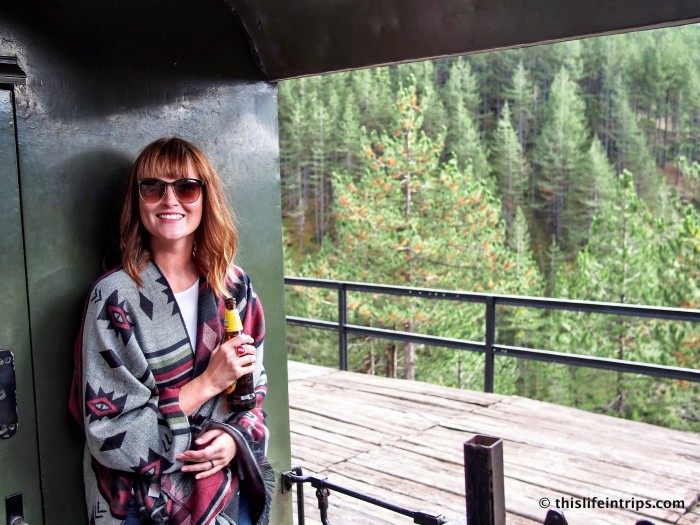 All in, the Šargan Eight Railway is a great experience, one with history, scenery, trains, and beer. What’s not to love?


What say you?
Thoughts on the Šargan Eight Railway in Serbia?
Let’s hear it!

Riding the Šargan Eight Railway was part of my European Road Trip with Auto Europe Car Rentals. As always, the experience, opinions, and Serbian adventure was my own.