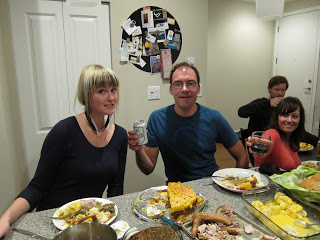 Y ou know life is good when you can fly to Tofino for fish tacos. This past Thanksgiving my brother flew in on his way to winter his plane in Campbell River. After a great feast with friends Scott and I made our now traditional Thanksgiving trip, this time to Tofino…for lunch.

Being in a small two seater plane sandwiched between Boeing 777’s at the Vancouver International airport is a pretty amazing thing. Scott was definitely flying with the big boys. 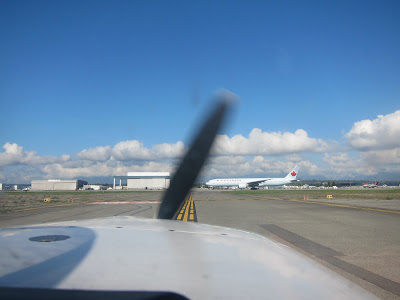 The conditions could not have been better for the very scenic trip across the Georgia Strait. Clear and warm. The Tofino airport has one of the prettiest approaches I have ever seen. It was as if when built they were trying to show off. The downside of this amazing approach is that it leaves you a good distance out of town. After strolling long beach we attempted hitch hiking for the very first time.  If anywhere, Tofino was the place to try this. After a few failed attempts and asking Scott to look less creepy we were picked up by the most stereotypical surfer dude out there. It was awesome and definitely an experience. We swapped stories in the short ride in and found that he was returning the favor as he had hitch hiked numerous times. Good karma people.

With a “later dudes” he dropped us off at Tacofino, a food truck Scott had heard about and what inevitably brought us to Tofino. It did not disappoint and would highly recommend. Thanksgiving Taco’s complete. 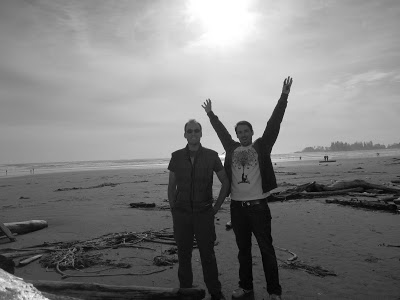 Bellies full we made our way into town for a quick tour before turning around and making our way back to the beach front airport and onto Campbell River. We stayed with our very close family friend, Anna Marie. It was great to catch up over a great meal and wine. I was very thankful that Scott flew us there as I had not seen Anna Marie in years despite moving to the same province.
Poor weather moved in the next morning which made my trip home interesting. Scott was flying me to Nanimo to catch a float plane home (who does that? Fly to catch another plane?) however not being able to see the runway made lading interesting. With the limited visibility Scott had to file his first ever missed approach. As intense as it was I was glad to be there for it. It was surprisingly fun. Luckily for me we re-routed to YVR and made the short hop in the fog to a more visible runway. 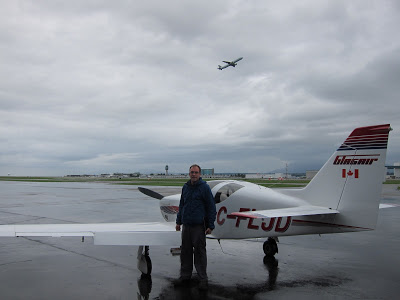