What if I told you the most militarized area in the world is also one of the most unexpected touristy places I have ever been? Capitalism is in full swing in South Korea and the curiosity surrounding their neighbour to the north has South Koreans cashing in. Tours of the demilitarized zone is big business and attract throngs of tourists, myself included. How can it not? Thankfully I spent a day with DMZ Spy Tour, a company that gets you off this tourist path and behind the scenes with someone that has witnessed what really goes on within the DMZ.

Our DMZ Spy Tour started with hotel pickup by our guide Kyung Ryoon Lee, or “Shrek” as he calls himself. Why the nickname? He resembles the lovable ogre. His thoughts, not mine…. 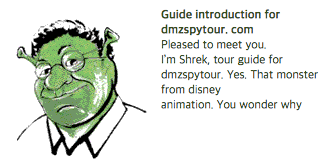 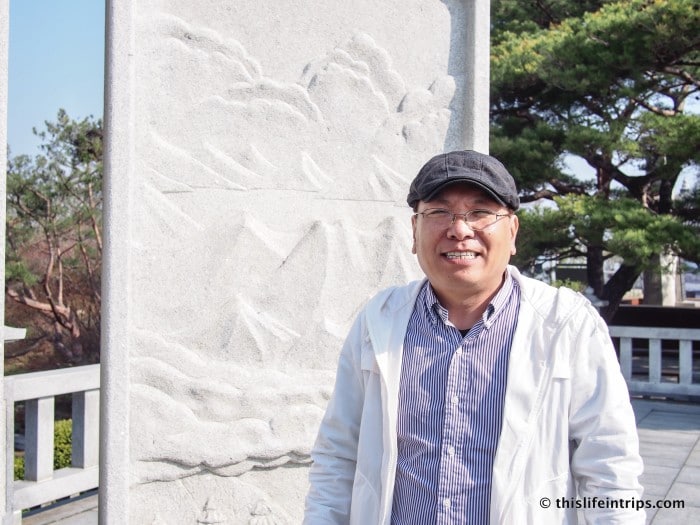 Although the peculiar nickname did peak my curiosity, the real reason I chose DMZ Spy Tour was Shrek’s background. As a former MIA USA military consultant, Shrek knows the DMZ inside and out. Who better to show you around than someone who has served there?

We continued through Seoul’s traffic and onto “Freedom Road.” As we drove Shrek was quick to point out facts and sites like the watchtowers and barbwire that line the way. Known as the longest fortified border in the world, it is there to protect the south from the north. Although it looks impenetrable a US tourist was able to get through – getting himself shot in the process.

My hands and feet were inside the DMZ Spy Tour van at all times unless instructed otherwise.

…or Freedom Park or Unification Park. These terms are thrown around generously in the DMZ, mostly for propaganda as Shrek pointed out. This became apparent as we pulled up to find amusement rides, tour bus lineups, and a Popeye’s Chicken mixed in with the war memorials and art displays. 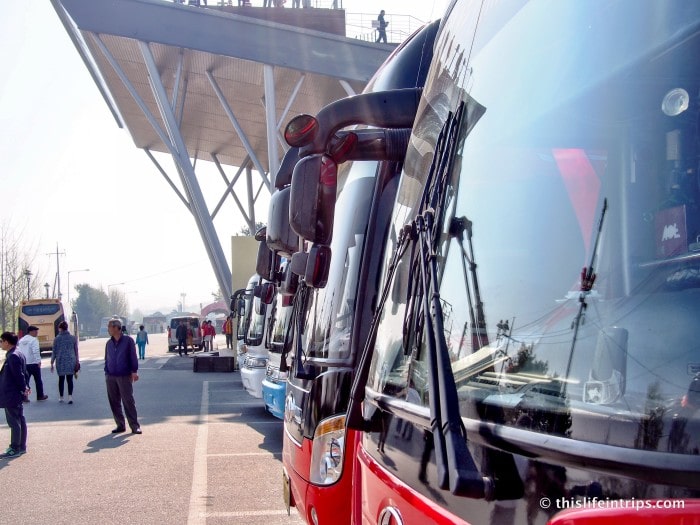 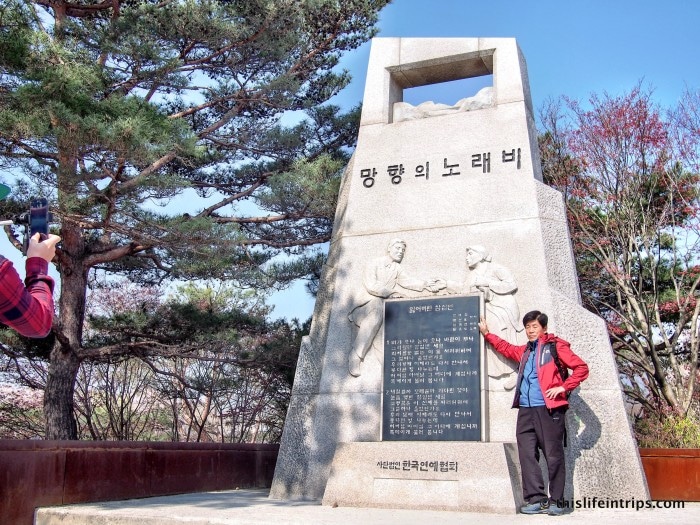 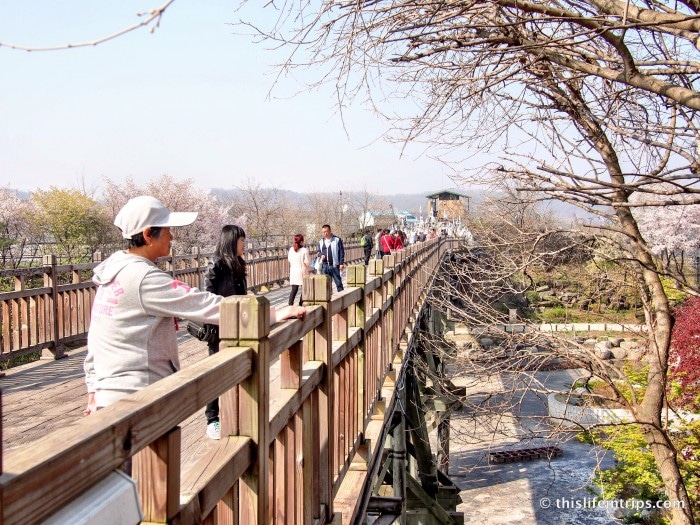 I wandered the grounds reading the placards commemorating moments in the Korean War that happened where I stood but couldn’t concentrate. Between the hoards of tourists armed with selfie-sticks and the pumping pop music playing over the visitors center loudspeakers, the Peace Park was a bit much. One thing was clear, North Korea may not be open for business but the DMZ sure is.

Thankfully DMZ Spy Tour is about getting you off the surprisingly beaten tourist path, which is what we did next.

After a stop at the border our DMZ spy tour headed deep into the mine laden middle of the world’s most fortified zone. Along the way Shrek pointed out US military bases, bunkers, and artillery guns. 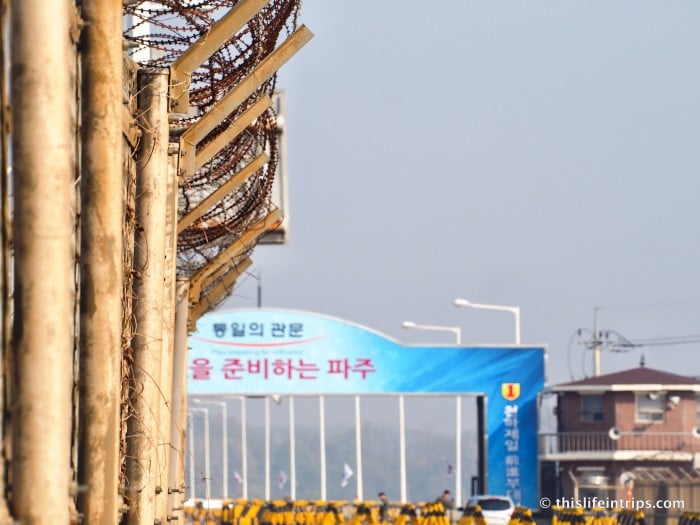 “They are constantly moving to keep up with North Korean troop movement” Shrek explained matter-of-factly. This was interesting until he said that North Korea does the exact same thing.

The whole time we toured the area giant ass guns were pointed at us. Just a day in the life of the DMZ I suppose…and surprisingly, life there is. We passed several farms and villages during our drive inside the DMZ. Some where empty (used as decoys) but most with families living there. It was odd to see this but the constant threat of attacks and military presence has become the norm in the DMZ.

The DMZ Spy Tour lunch stop was a good one. There we were treated to some North Korean dishes and although the food was good, the conversation (or lack of) was better. We were left to chat (with hand gestures and smiles) with the adorable restaurant owners. Of course, things got more interesting once the soju came out. 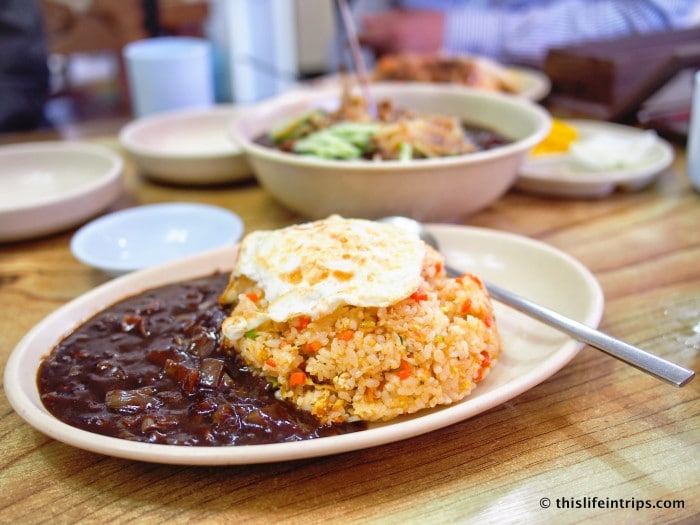 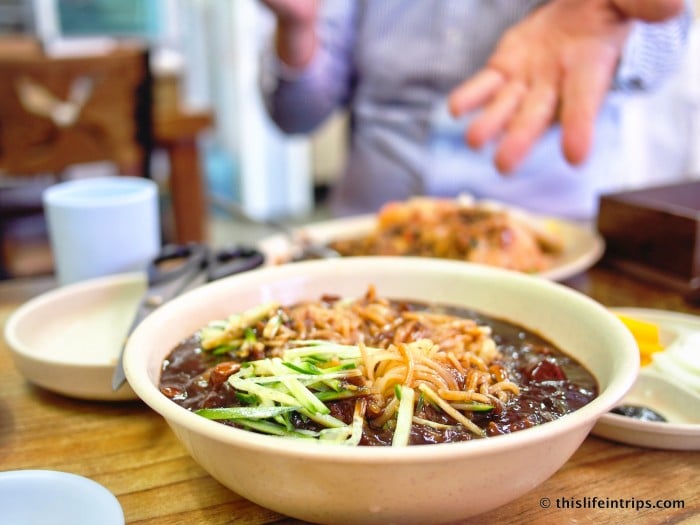 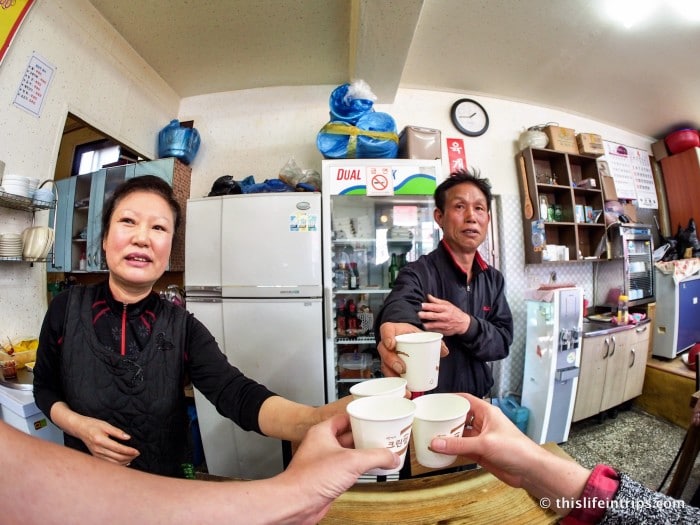 In 1968, 31 highly trained North Korean soldiers successfully crossed into South Korea and got within 100 meters of the presidential palace. Their goal was assassination. Although they failed they got incredibly close. This story is what the DMZ Spy Tour is (loosely) based on. Shrek gave a run down on the difficult journey these soldiers had and took us along their route including a monument at the very spot these North Korean soldiers crossed over. 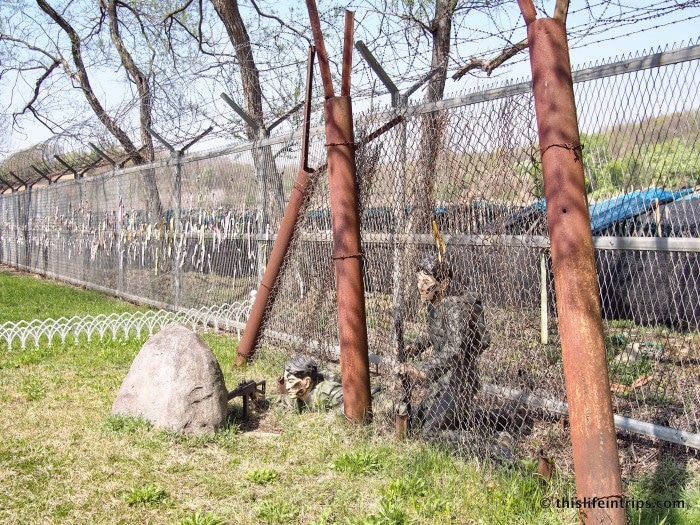 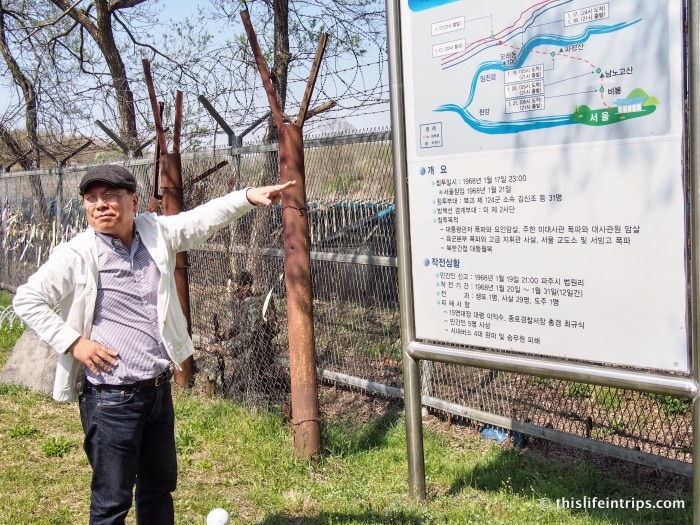 Our DMZ Spy Tour concluded with a stop deep inside the DMZ. So deep that pictures were not allowed (except of the monuments found there), let alone for me to post.

The last thing I need is a cease-and-desist order by fax. 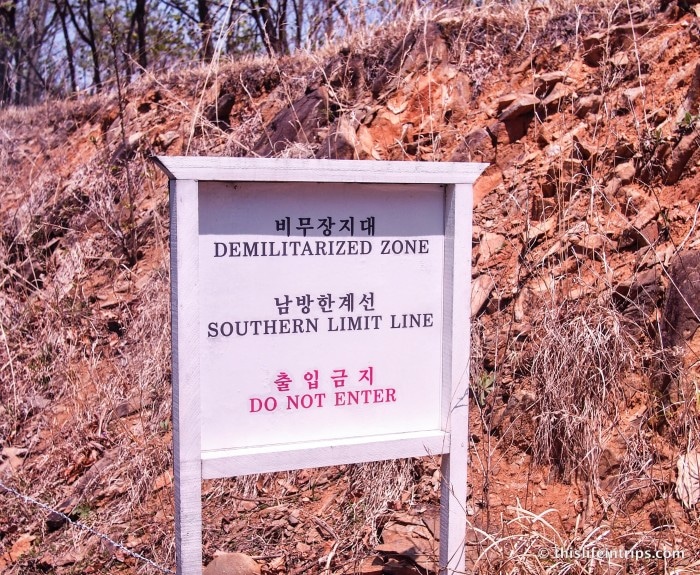 The military installation we visited was high above the DMZ. From there the vantage point was incredible. Aside from being a key military hold, the spot was peaceful. In the distance, you could see a small North Korean village, probably without power, paved roads, and a clue of what lies a few kilometres to the south. It was an odd feeling, Surreal really. The same feeling cropped up at the Mt. Ohdu Unification Observatory. On the right, a massive of highway infrastructure. On the left, North Korea. cold, grey, North Korea.

The stark contrast of these two worlds was really made possible by Shrek. DMZ Spy Tour takes you off the tourist road and into the action. Had I gone with one of the many big bus tours I would’ve been shuttled around looking at things that made little sense and not knowing why. Shrek’s military background gets you to the real DMZ.

His roots take you even further. His parents fled North Korea in 1950 at the beginning of the war. His father’s family wasn’t so lucky. Shrek has been back twice to search for his family but no luck. This sad story of loss is, unfortunately, a common one.

Something to consider the next time you pull out that selfie-stick at a war memorial.

What say you?
Thoughts on this DMZ Spy Tour?
Let’s hear it!

Although I was provided a complimentary day out with Shrek and DMZ Spy Tour,
the experience, opinions, and thoughts are my own.

How does this tour rank?