I recently had a chance to visit the Texas State Fair, the biggest state fair in all of Amurica – fitting as everything is, as we found, bigger in Texas. Aside from being biggest state fair it is also known for its college football games (played at the Cotton Bowl), Big Tex (the giant 55-foot tall mascot), a massive auto-show, and ostrich races. All of this was and is amazing however that is not what drew us to the fair grounds. It was the high fat and artery clogging collection of fried goodies that had us excited to make the trip.Yup, we were there for a Taste of the Texas State Fair. That and the fact that you can walk around the grounds with a beer in hand and a sidearm concealed. God Bless America.

In recent years the fair has become a fired food destination of sorts as vendors fry up odd (and oddly delicious) items. Organizers even put concessionaires up against each other by hosting and judging a Taste of the Texas State Fair competition (the Big Tex Choice Awards) on who can create the most delicious and creative deep fried dish. Past winners have included Fried Bacon Cinnamon rolls, Fried Beer (wha?), and Deep Fried Butter. Good God. 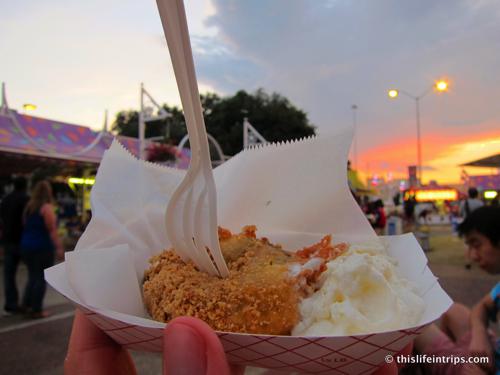 Our group of four arrived in Dallas hungry and determined to try as many dishes as (physically) possible. Upon entering the gates we unveiled our plan to each share dishes so we could have a taste of everything, something we all unknowingly came up with on our own. A Taste of the Texas State must. Fair With our stomachs empty and curiosities peaked we qued up and ate…then ate some more. Each booth seemed to invite us in with stranger and stranger dishes. Chicken fried Bacon? Yes please. Fried PB, Jelly and Banana Sandwich? OK. Deep Fried Jambalaya? Don’t mind if I do-do. 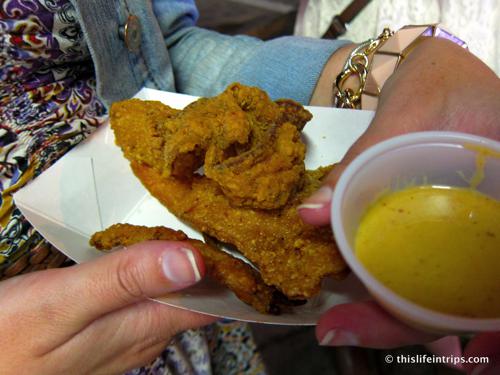 Chicken Fried Bacon – about as good as it sounds. 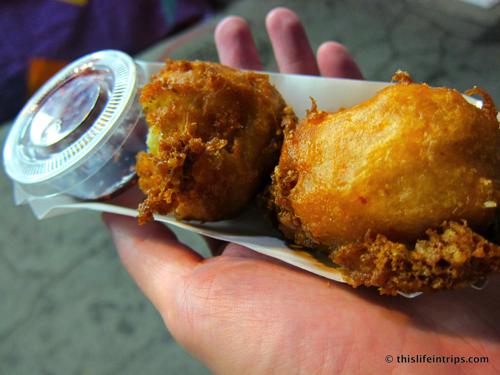 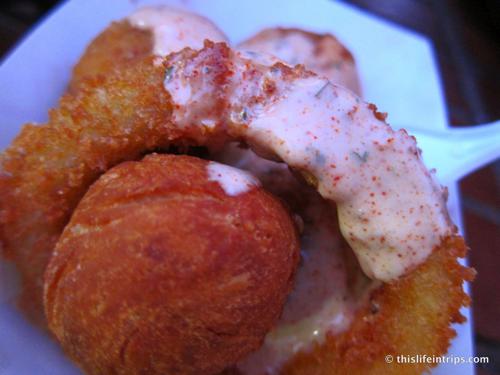 Deep Fried Jambalaya – This had some kick. 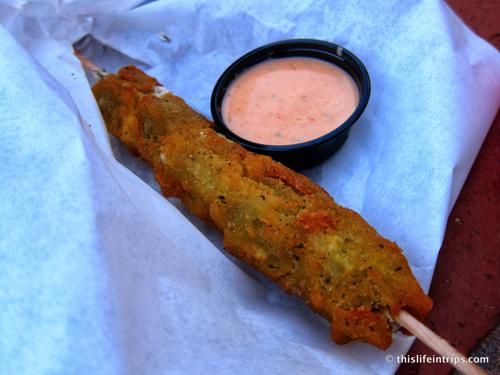 Deep Fried Stuffed Olives – Like a blast of molten lava to the pallet…but in a good way. 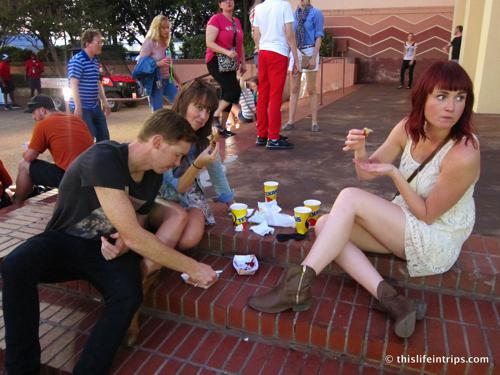 Here is a run-down on my favorites that we sampled: 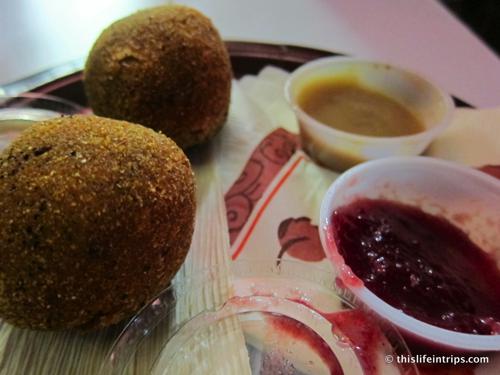 Stuffing and turkey rolled in a cornmeal ball, fired and served with gravy and cranberry sauce. It was awesome and very fitting given we were visiting over Canadian Thanksgiving. 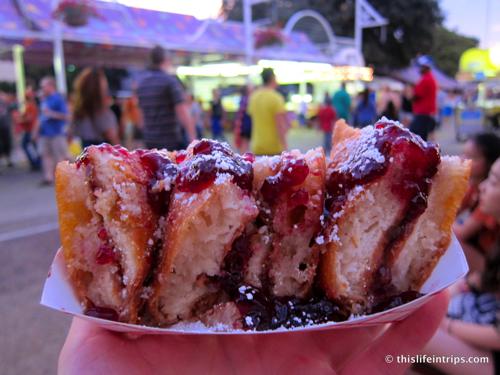 What’s not to love here? 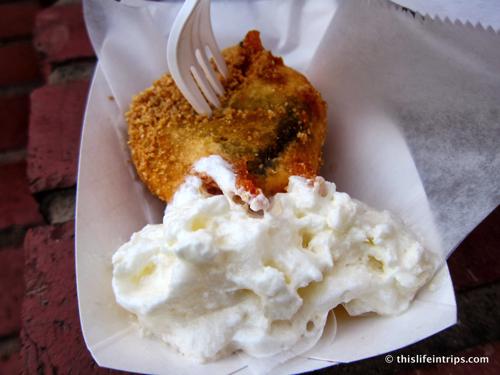 Perfect pairing for the Fried Dinner…although we ate the pie first.

The 2013 Big Tex Choice Awards went to Fried Thanksgiving Dinner for most creative – and best taste from our little group. Best Taste actually went to the Deep-fried Cuban Roll which we missed out on. Here is a good rundown on how the judging actually went:

We waddled by many, many, booths that were serving up strange and wonderful sounding items like Deep Fried Peanut Butter, Texas Fried Cookie Dough, and Deep Fried Spaghetti and Meatballs but alas, the damage was done. With our bellies full and potentially years taken off of our lives we headed on to the rides and fair games area – passing many other missed dishes on the way. 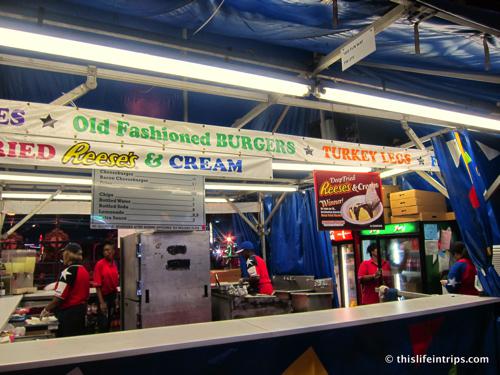 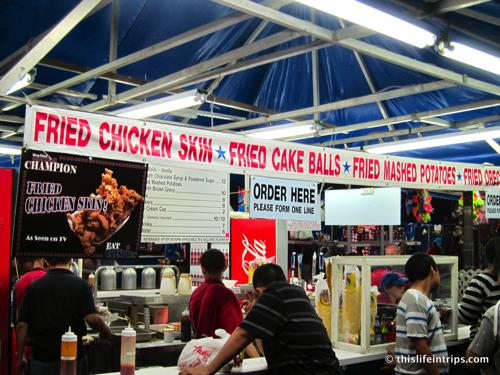 Oddly, after all that fired dough and fat we arrived back at our 4* hotel (which was on fire…more on that later) hungry. Food coma from a Taste of the Texas State Fair to follow.