Submerged off the tip of the Sibley Peninsula in Northwest Ontario lay one of Canada‘s most prosperous mine shafts. Although washed away by Lake Superior’s relentlessness, at its height of operation, the Silver Islet mine was the world’s richest silver mine. Remnants of this time are still visible around town with no better place to take in its history than the Silver Islet General store.

With it celebrating 150 years in existence, I headed to Silver Islet to explore the history…and eat some incredible cinnamon buns.

This is my time visiting the Silver Island General store.

Compare prices on flights to Thunder Bay with Skyscanner

Silver Islet Mine – A Brief History

When the Montreal Mining company discovered a silver vein on a tiny island in Lake Superior, they were left with a unique challenge. The island was only 50 m² and required advanced engineering to excavate the silver beneath it. This was a big task in 1868, let alone today.

Despite brutal conditions and frigid waters, the mine expanded to 10 times the island’s original size. With that, the town of Silver Islet was born to house support staff and their families.

Along its 16-year run, $3.25 million worth of silver came out of the ground. Although incredibly prosperous, holding back Lake Superior’s water was costly. With a dip in the price of silver and a missed shipment of coal in late 1883, the pumps keeping the water at bay stopped and the 380-metre shaft flooded, putting an end to the operation of the mine.

Today, the miner’s houses that dot the shoreline have turned into summer cottages – at least those that have hat survived fires and the elements. At the centre of it all is the Silver Islet General Store. Once the operational hub for mining activities, today it remains as a small café and supply store for residents and the nearby campers at Sleeping Giant Provincial Park. Those that take the time to dig a little deeper will find a treasure trove of history and artefacts from the mines glory days.

From original miner helmets equipped with candle holders to a pool table from the 19th century, there’s no shortage of fascinating history at the Silver Islet General Store. As I found on my visit, owners Sandy and Jeff Korkola are more than happy to share the stories behind it all.

In 1982, the Saxberg‘s purchased the building and continued the tradition of being a vital hub for the community and nearby park visitors. As you can imagine, keeping a building as old and weather-worn as the Silver Islet General Store is no easy task. With repairs mounting, the store shut in 2015 and waited for its next chapter. Its saviour remained within the Saxberg’s family with daughter Sandy taking on the task along with her husband Geoff.

Aligned with significant investments to the government dock and boat launch, Sandy and Jeff rolled up their sleeves and set out to make the Silver Islet General Store not only a place to stock up on supplies but also the historical attraction it rightfully is. Much like the miners excavating silver in the late 1800s, it is no easy task. Still, Sandy and Jeff’s passion for this project and admiration of the history of the town is a contagious thing.

The accumulation of their efforts was to align with a grand celebration for its 150th year in 2020. The pandemic, however, had other plans. On the positive, this celebration has been pushed back so there is still time for you to get in on the action.

Inside the Silver Islet General Store

When Sandy and Jeff began renovating and bringing building elements up to code, they came across a thing or two. With the Silver Islet General Store being the community hub and a sound structure, it became a collection point as other buildings fell into disrepair. As I toured the Silver Islet General Store I was in awe of what was on display yet Jeff said it was just the tip of the iceberg. The basement is filled with a century and a half‘s worth of tidbits and they are finding odd and interesting items all the time. Just recently, they came across a set of century-old dentures!

What is on display is truly fascinating. Mixed in amongst bags of Hawkins Cheesies and Silver Islet memorabilia you will find a compass from a steamship that once crossed the great lake, a scale used to measure out a miner’s pay, and a till from the turn of the century. Next to the espresso machine and coffee counter, a safe packed with all sorts of trinkets.

The Silver Islet General Store’s prize possession is a Brunswick pool table that once lived in the President’s mansion. It has been beautifully restored and is proudly on display just inside the front door.

Come for the History, Stay for the Cinnamon Buns

Another great feature of the Silver Islet General Store is the tea room. It’s one thing to wander the shop in awe. It’s another to sit amongst the historic photos and artefacts while having tea or coffee. If that doesn’t do it for you, the cinnamon buns surely will.

Sandy’s family recipe has become a reason to visit the Silver Islet General Store on its own. These scone/biscuit-like rolls are neither sticky nor covered in icing and are unlike any pastry I have tried. Cinomminy delicious and perfectly paired with a cup of coffee or tea. That said, don’t just take my word for it. These buns often sell out with Silver Islet locals and Thunder Bayers out for a drive.

Whatever your reason for visiting, the Silver Islet General Store is well worth the scenic drive, boat ride, or cycle. It truly deserves more attention and I think it should be part of any road trip along Lake Superior. For those touring Thunder Bay, visiting the Silver Islet General Store is a great addition to a day trip that includes the Sleeping Giant Provincial Park (the hike to Sea Lion Rock is a breezy 30 minutes) and the Terry Fox Memorial.

What say you?
Thoughts on the Silver Islet General Store?
Let’s hear it! 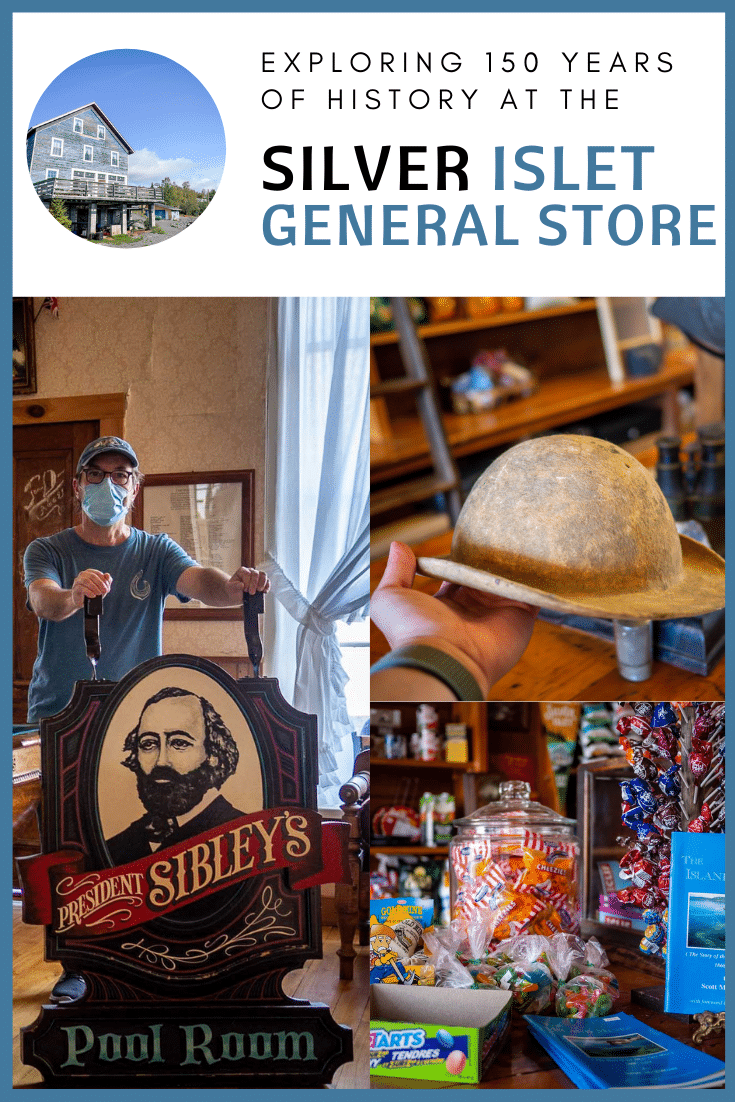 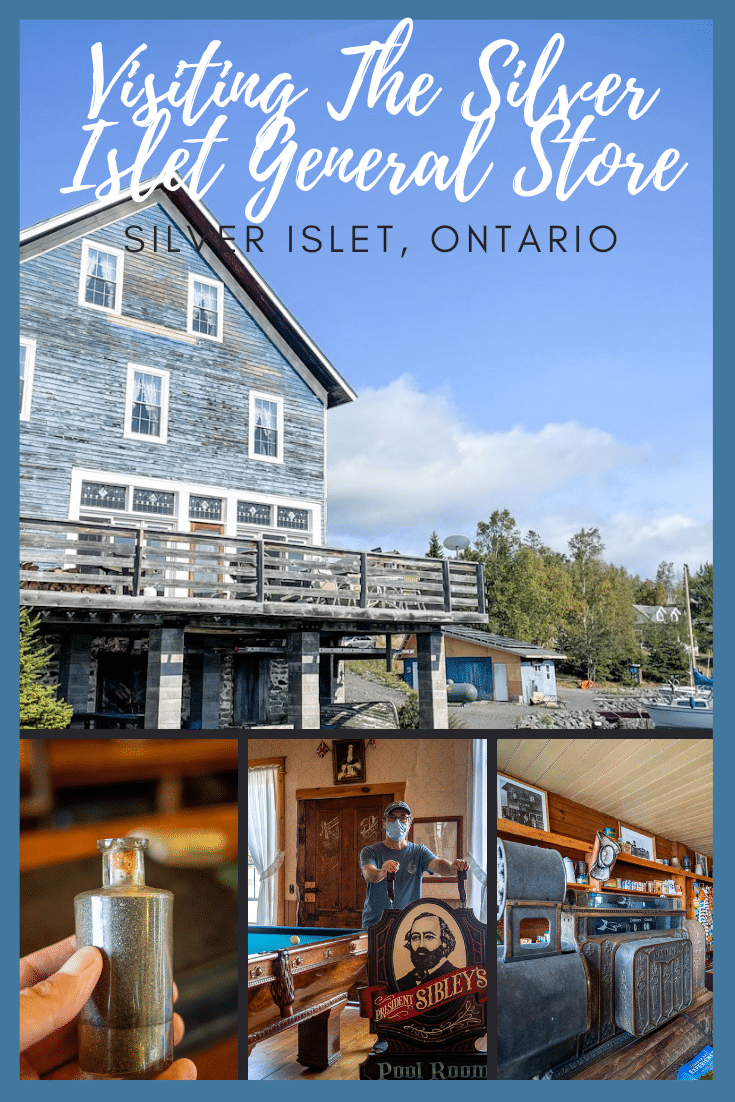 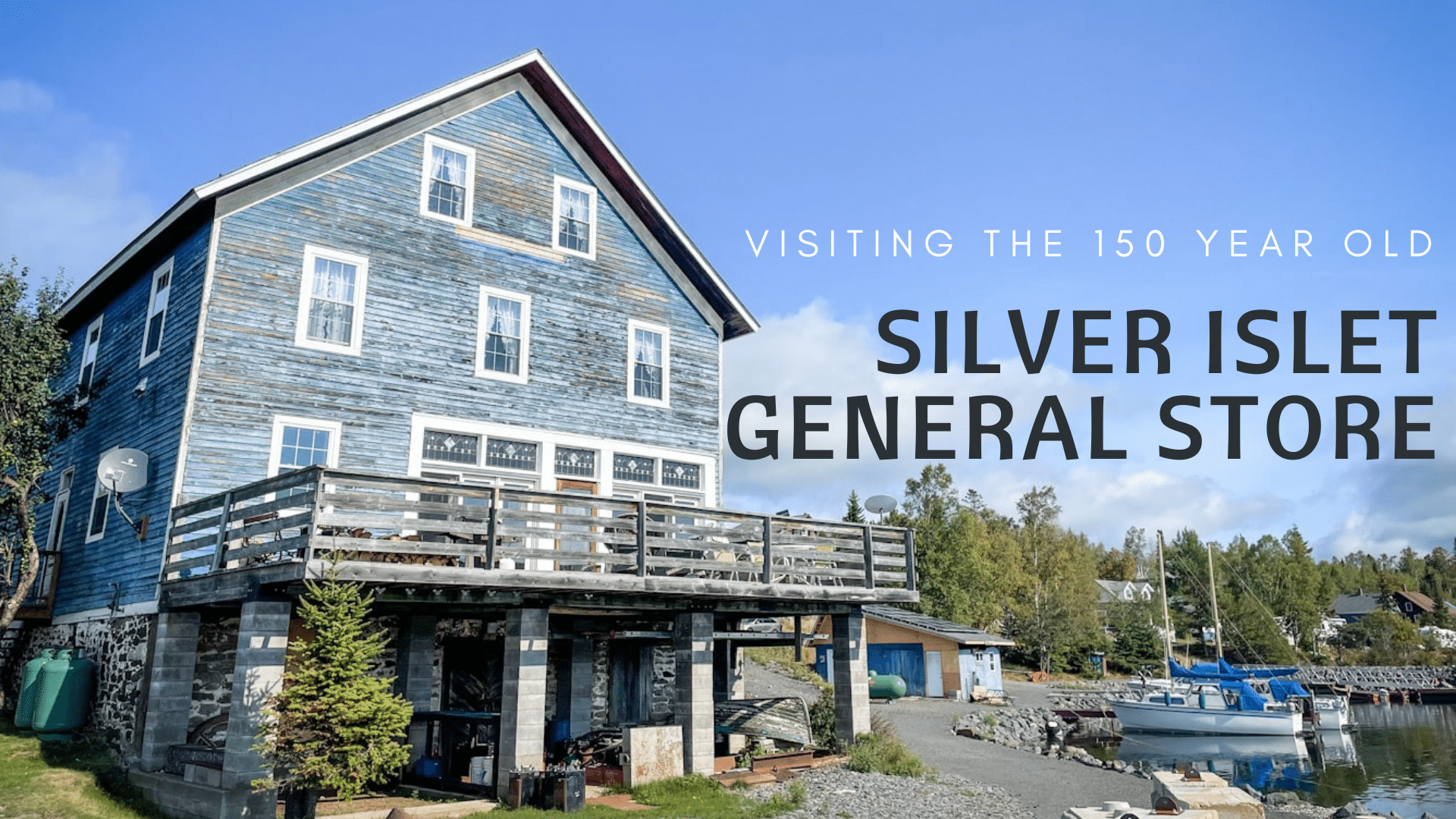 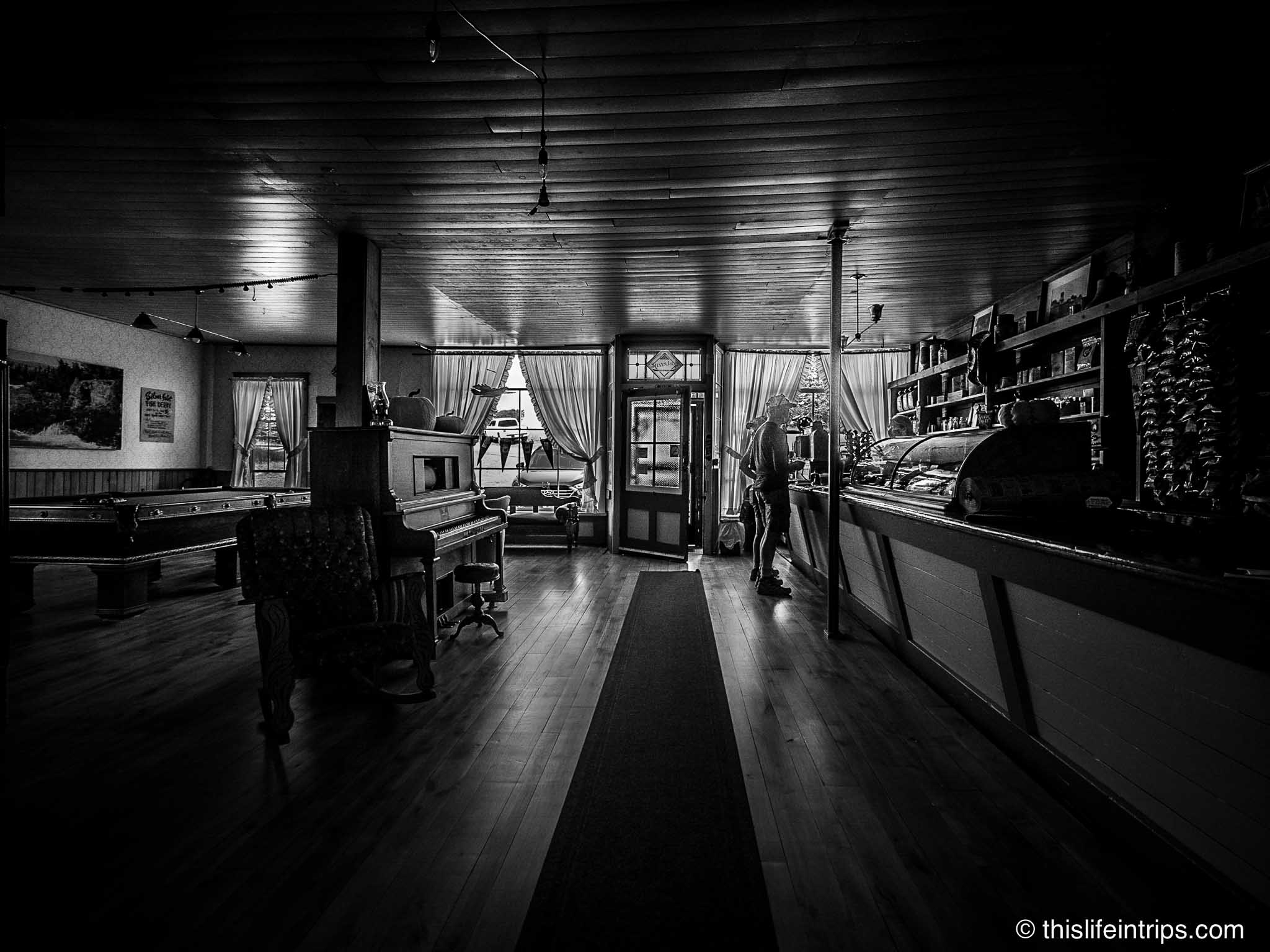 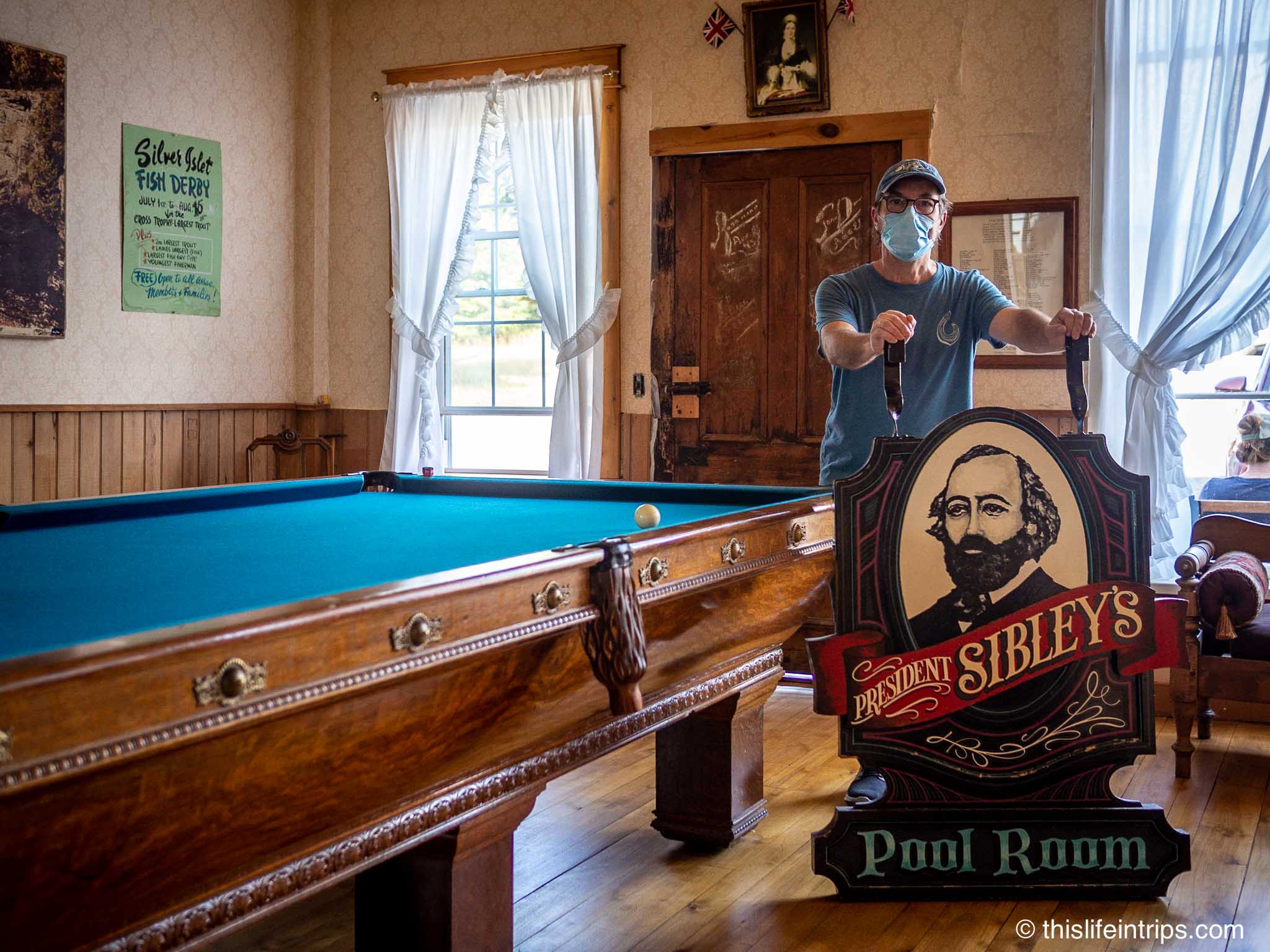 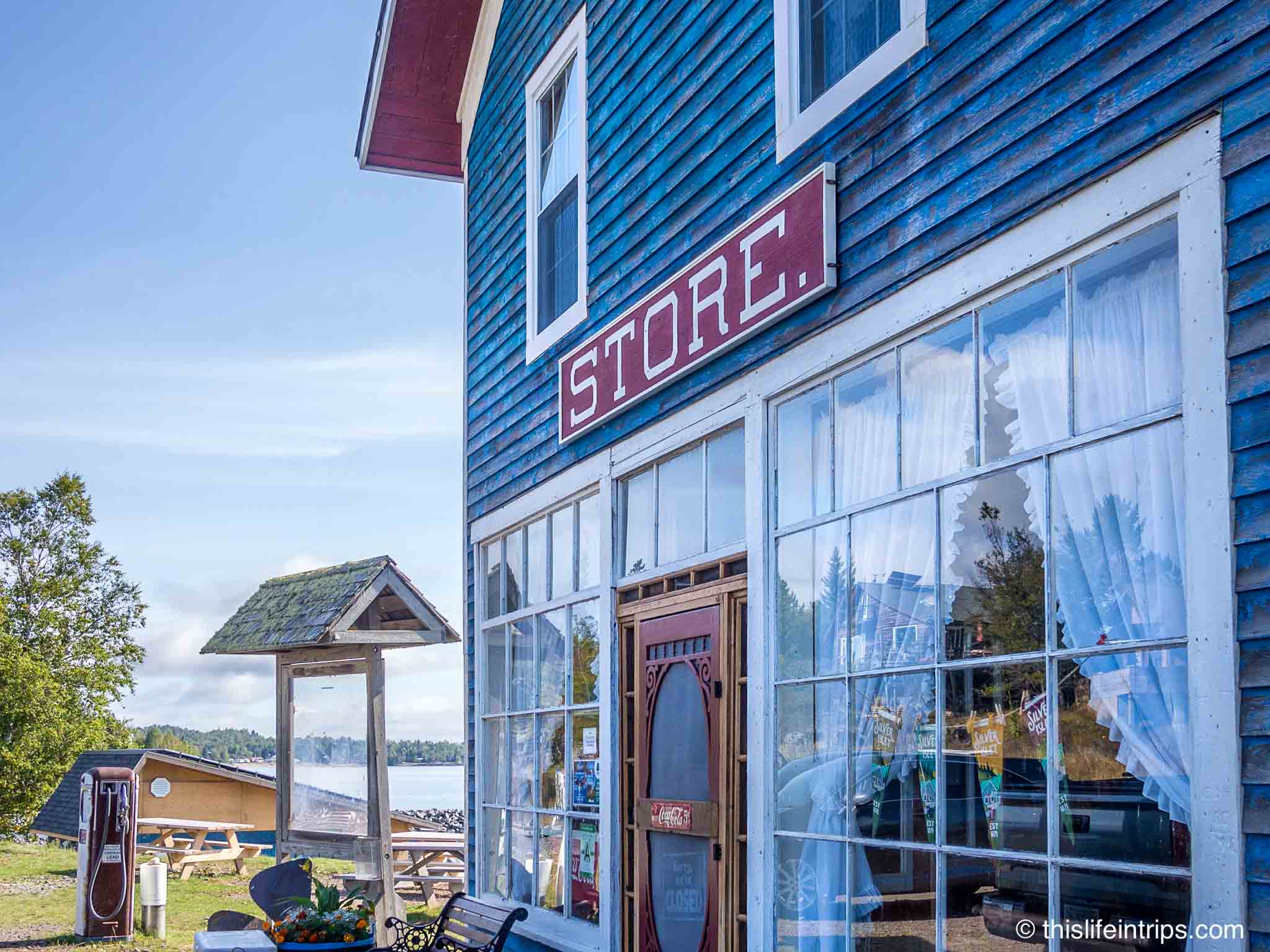 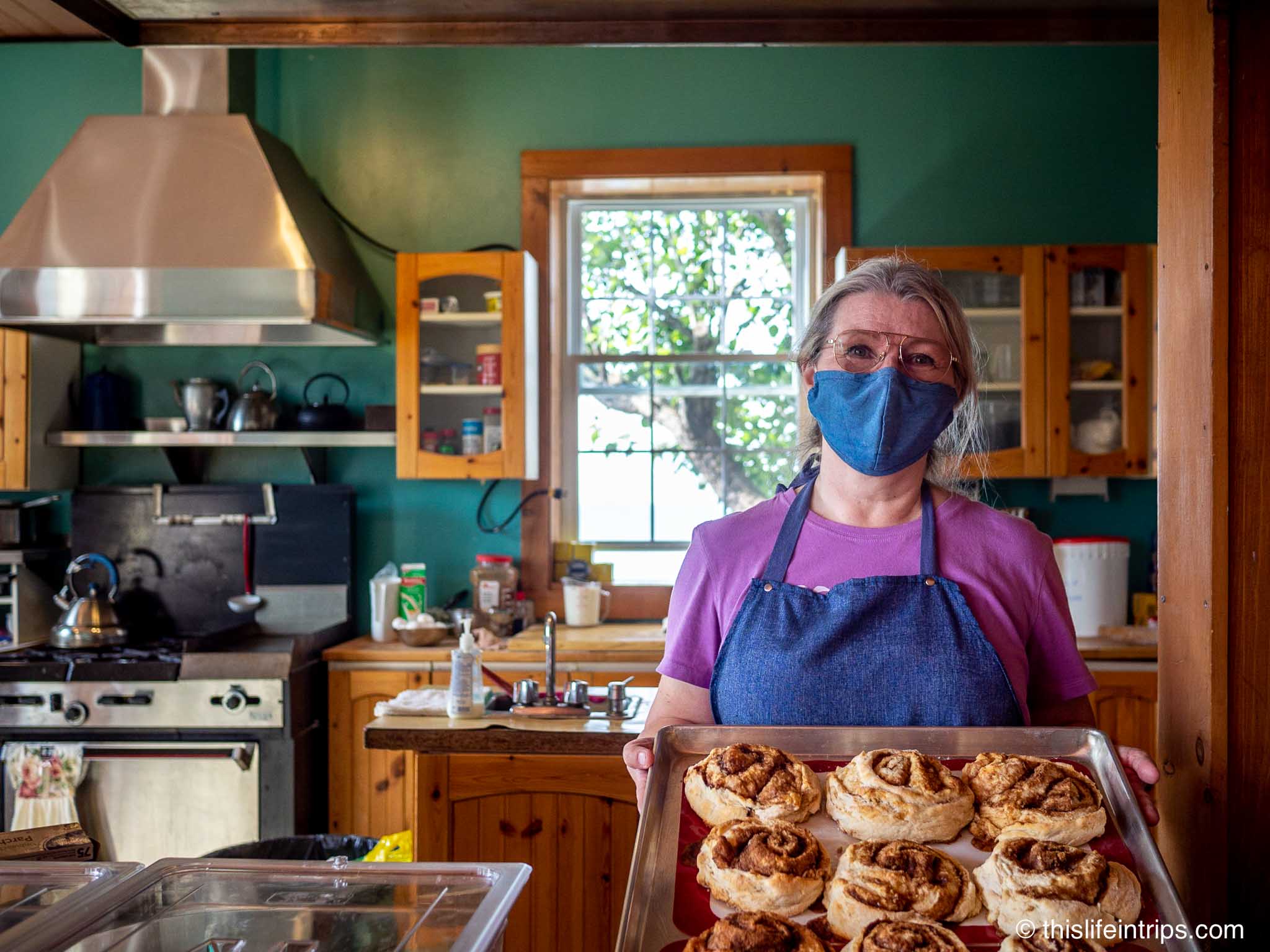