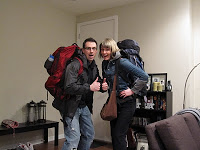 $ 100 dollars in Hong Kong went surprisingly far. For some reason I had it in my head that it was an expensive city. Going forward I am sure that it will seem expensive however we certainly packed a lot in to those $680 HKD’s. 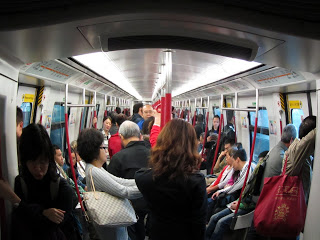 The day started relatively refreshed and alert for us. The flight was not as bad as we thought and we actually slept between meals on the plane. The plan was to shower, change and head into the city. That proved to be difficult as our backpacks were checked straight through to Ho Chi Mihn. A rookie mistake. So as gross as we felt/smelt we headed into town to see what we could do on 100 dollars in Hong Kong.

Transit in Hong Kong is ridiculous. We literally circled the city hopping on and off with ease and on the cheap. Our first stop was an open aired market, one of thousands I am sure. Breakfast (and 3 other snacks during the day) was an amazing sausage bun. Little bakeries are littered throughout the city making them a cheap and delicious option. Peanut butter, pineapple, BBQ pork, curried beef etc…all so good. I love me some yellow buns. 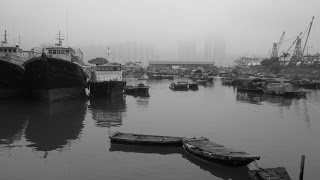 After strolling through the narrow alleys packed with various vendor we found ourselves in a very modern downtown Hong Kong. Chain stores and fashionable Sunday shoppers packed the streets. Although neat to see and experience we promptly left in search of something a little more foreign. We found ourselves across town at Yau Tong which has an amazing fish market that stretches through narrow covered allies all the way into the water. For $8 we had an amazing lunch. Shrimp fried rice and large bottle of beer. 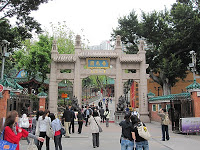 Next stop was Wong Tai Sin Temple. We randomly ended up with a guided tour by two elementary girls. They give free tours to help practice their English. It was great as we would have wondered through the temple not knowing what we were looking at or why people were burning so much incense. Bonus for us. At the end they hoped we would have a “very forgettable” trip through Asia. Too cute.

Next up was the electronic markets of Mong Kok. This visit was goal oriented as I was in search of a new camera. I had done some research prior to leaving Canada and found an article online that recommended a couple reputable places in the area. There was also a huge list of places to avoid as they often over priced and gouged tourists. Naturally the shops to avoid were easy to find as the streets were scattered with them. I compared prices at a bunch of these stores and indeed found that it varied from very expensive to ridiculously expensive. As we were limited for time, finding the only good store listed in that area felt like a task on the Amazing Race. We finally found the store tucked away in a corner on the 3rd floor of an electronics mall called Sim City. The building itself was amazing as every store sold the exact same things (cell phone accessories, printers, cables, cameras etc…) How they all stay in business is a mystery to me. 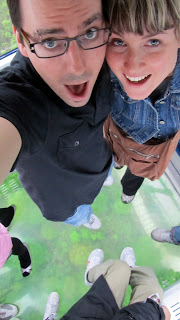 With new camera in hand we wandered back through some markets which sold every known brand name clothing article manufactured on this side of the globe. Prior to leaving Vancouver, Erin and I went to the outlet malls north of Seattle to replace some of the clothing that was stolen from me. In retrospect I really could have done that here as the same heavily discounted clothes I bought could be found at a fraction of the price I paid. Good to know for the next time I get robbed prior to heading to Asia.

One thing that was suggested to us to do/see by my mother was the tram ride up Victoria peak. Unfortunately the cloud/smog didn’t agree with us that day so we opted for the cable car ride up to a giant sitting Buddha in Npong Ping village. The 25 minute, glass bottomed gondola ride up is very scenic as you cross over ocean and jungle before reaching the peak. Sadly the photos below show how close we got to the giant Buddha as we didn’t anticipate the long line of people waiting for their return trip down the mountain. Getting off the gondola would have made us late for our flight so we sweet talked our way back down on the next car. Again, rookie mistake.

All in all a great lay over and with 100 dollars in Hong Kong we found plenty to see, eat, and do. We hit the wall once at the airport and ended up sleeping the whole flight to Ho Chi Minh. More to come, this was only day 1.