As we rolled into Bosnia’s capital one thing caught my eye more than anything else – white crosses. Driving to our accommodations we must’ve passed thousands of them. Patches of white on the hillside and sandwiched between buildings. This, to say the least, was an eerie sight. I couldn’t help but wonder why. I knew of the Yugoslavian Wars but during that time my knowledge of the conflicts was limited to the basketball players that came from there. Now as I was passing white cross after white cross and buildings swiss cheesed with bullet holes I needed help trying to understand the Sarajevo Siege. With that in mind, I hired a local guide for a day of making sense of one of the most senseless conflicts of my generation.

Turns out it left me with more questions than answers.

Our day of trying to understand the Sarajevo Siege began with a drive down the main road that became known as Sniper Alley. During the 4 years Serbia held Sarajevo, the city was cut off from the outside world. Snipers and artillery surrounded the city from the hills making any open space dangerous. This road was the worst. Showing yourself here exposed you to pot shots from the hills. Literally, for 4 years you risked your life walking the street. In the end, over 1,000 people were injured on this stretch of road with 225, 60 of whom were kids, were killed.

Our tour guide, a Bosnian who grew up in a war-torn Sarajevo, was quick to point out the horror. It was never clear why it occurred in the first place. In a nutshell, from what I have read and what he alluded to was that with the separation of Yugoslavia in the early ’90s came years of conflict over territorial rights.

Those supporting independence in Slovenia, Croatia, Bosnia, and Kosovo were met with resistance from the heavily armed Serbian forces and their supporters living in each respective country. Each conflict was different making my effort to understand the Sarajevo Siege even more head-scratching. Even what kicked off the conflict is heavily debated. Our guide, and many Bosniaks and Croats, consider the deaths of friends Suada Dilberović (a Bosniak) and an Olga Sučić (a Croat) to have sparked the fight.

On 5 April 1992, in response to events all over Bosnia and Herzegovina 100,000 people of all nationalities turned out for a peace rally in Sarajevo. Serb snipers in a Holiday Inn hotel under the control of the Serbian Democratic Party in the heart of Sarajevo opened fire on the crowd killing six people and wounding several more. Suada Dilberović and an ethnic Croat woman Olga Sučić were in the first rows, protesting on the Vrbanja bridge at the time. The bridge on which Sučić and Dilberović were killed was renamed in their honor.

A chilling story made even more so as we passed the now famous Holiday Inn and crossed the Suada and Olga bridge.

We pressed on past Sniper Alley to the most significant site in trying to understand the Sarajevo Siege – the Sarajevo Tunnel. For the duration of the war, the only supplies to the Bosnian fighters inside the city came from this tunnel. This rudimentary tunnel of hope was critical in keeping the fight alive and ran 160 meters across town and underneath the airport runway. During its operation everything from ammunition to livestock to dignitaries we’re smuggled through this tunnel. Today it sits as a proud but partially unrecognized reminder. The Bosnian political system is complex to say least. Example – they have 3 presidents, One Bosnian, one Serb, and one Croat. As per our tour guide, to this day the Serbian president fails to recognize the existence of the tunnel. During the war, the Serbs knew of its general location which was clear by the looks of the building that hid its entrance.

Our day trying to understand the Sarajevo Siege shifted to the hills above where the Serbs held superiority. On the way up, our tour guide pointed out a Serbian-Bosnian neighbourhood. For 4 years, it went unaffected by the terror just blocks away. Those living there didn’t receive the power outages. Lack of water or food rations were not an issue compared to their neighbours just blocks away. It’s crazy to think about and makes trying to understand the Sarajevo Siege that much more confusing. How could you sit by and live your life as if nothing was wrong? 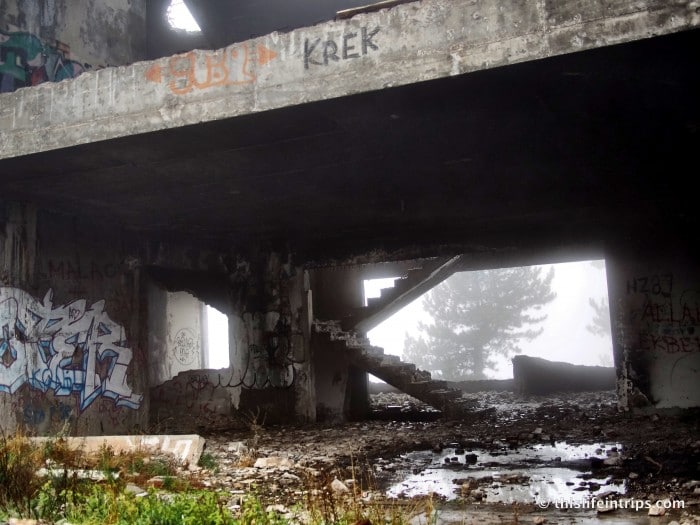 On the hills overlooking the city, we visited the former hotels and Olympic venues. Serbian forces utilized as coverage during the war. This subsequently left them in ruins. Most hauntingly is the former bobsled track. Today it is abandoned and covered in graffiti. The contrast between celebrating sport and the aftermath of war is beyond confusing. 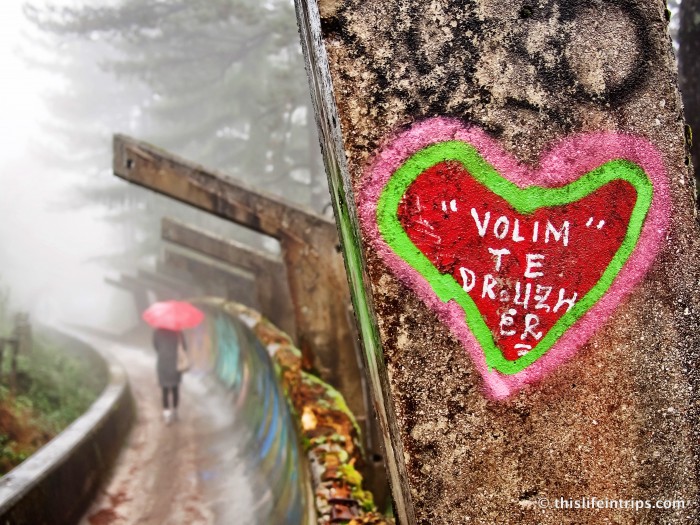 It Could Have Been Avoided

Possibly the hardest thing to comprehend in trying to understand the Sarajevo Siege is how it ended. After nearly 4 years and all the horrors and atrocities that I just heard about, NATO fighters finally began bombing strategic Serb locations.  This, obviously, led to locals asking what took so long?

The world effectively sat back and watched while this once-proud Olympic host city crumbled. To this day, it’s unclear why intervention took so long. This makes trying to understand the Sarajevo Siege that much more puzzling. Since taking this very (and rightfully so) one-sided tour, I have tried to educate myself on the subject. Other than the sad fact that these ethical groups were not able to live side by side in peace, I am still unsure what it was about.

But really, when has war ever made sense?

What say you?
Thoughts on trying to understand the Sarajevo Siege?
Let’s hear it!

My time trying to understand the Sarajevo Siege is brought to you by Auto Europe Car Rentals as part of my #EuropeanRoadTrip.