With an upcoming around the world trip that is taking me from frozen tundra to tropical beaches (and everything in between..literally) I have to really think about what to bring with me. I am hoping to get away with a carry-on backpack so the need to downsize is evident. One of the first things I looked at was my bulky Mac Book Pro. It was always my intention to bring it with me as I have a lot of work to do while on the road but between the size and value of it I’m not sure it would be wise to lug around with me.

I started to look at tablets and naturally gravitated to an iPad. Funny as one of my very first posts almost 8 years ago was about NOT buying an iPod and NOT buying into Apples well marketed hype. Oh how things change yet stay the same. For the same reasons I did not want to buy an iPod 8 years ago (too restrictive, underpowered, and overpriced) I decided against taking an iPad with me. 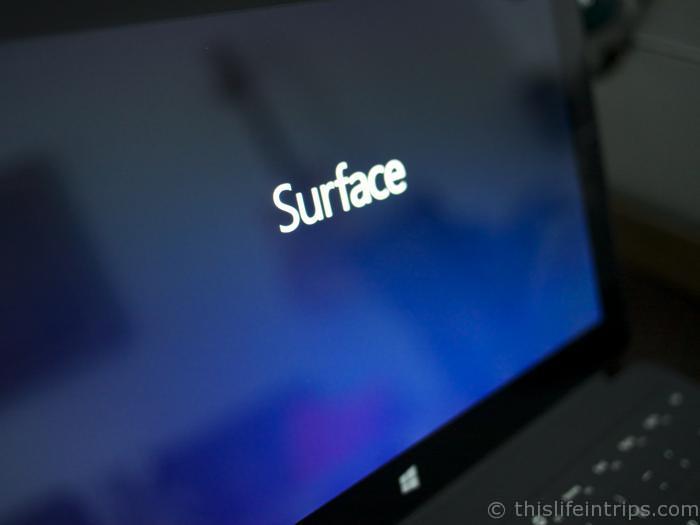 I have come full circle. Don’t get me wrong, I love my Mac book – a little too much as I would hate for it to get lost or stolen on this trip. Instead I found a great deal on this little tablet that wants to be a laptop (under $200) and added a keyboard for $50. This price point made it comfortable enough for me to take a chance on a Microsoft product again. If it doesn’t live up to what I need I still have a decent  tablet. If it gets lost or stolen then I am only out a fraction of what my Mac book or a new iPad would cost to replace. Win win.

It’s Not an iPad

Out of the box the Microsoft Surface RT (32GB)(the original model) is not as sexy looking or feeling as an iPad. It’s a bit big and clunky but usable nonetheless. I think Microsoft realized this mistake and have made slight appearance changes for the latest models. It is also still a Microsoft product which means lengthy patches and updates once powered on – I’m talking 2 hours + to get it up to date! The Windows Store is no Apple App Store. There is a very limited selection there due to software developers waiting to see if the Surface actually sticks around. More apps should come available as the popularity of Windows 8 tablets rise. 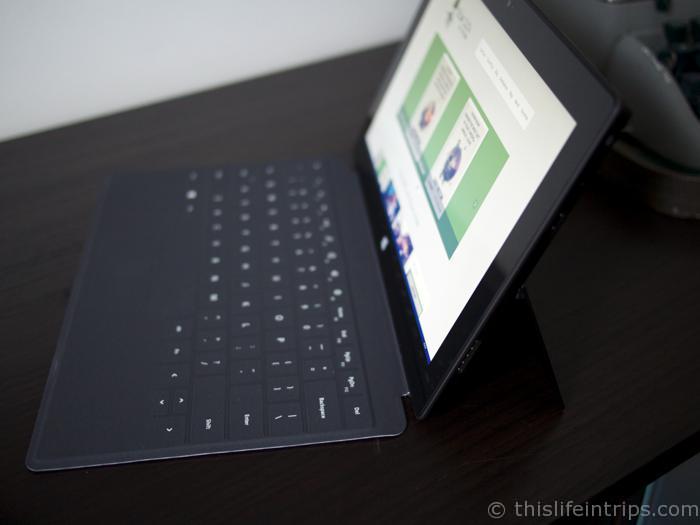 Then again, It’s Not an iPad

A big part of not wanting an iPad was the fact that they are very restrictive in what you can do. Really they are a tablet and a tablet only. The Surface RT is a tablet that wants to be a laptop. With Windows 8.1 RT installed I am able to run an extremely stripped down version of Windows. This is OK with me as all I need for my travel duties are Word, Excel, photo editors, and access to my WordPress account. The Surface provides all of this and then some.

Navigating the tablet side took a bit of getting used to but it is very well laid out. Once setup to my liking the tiles are grouped nicely and easy to get around. The Apps that are available that I already enjoy on my iPhone I have found to be flaky. Google for one crashes…a lot. Minor nuisance now but I can see this being a bigger pain when I have limited WiFi access in a cave in Cappodocia and have to keep relaunching my search engine. 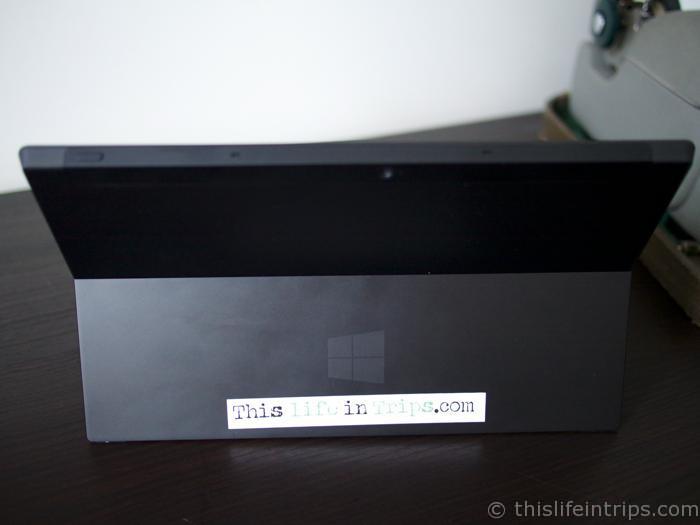 As expected Surface works great with Microsoft apps and products. Skydrive is very well integrated and will be my main source of backups and workspace as I travel. The Surface only came with a 32 gig drive which although is more than the iPad’s base model, doesn’t last long when your camera has a 32 gig SD card.

The Black Friday Deal I stumbled upon included $30 off the original Type Keyboard Cover. I quickly returned this for the severely upgraded Type 2 cover only to turn around the next day and trade that in for the Type 2 cover. I had read that for anyone planning on using the Surface to type would be far better off with the Type Cover (no shit) and I hadn’t realized that it is only $10 more than the second version of the Touch. 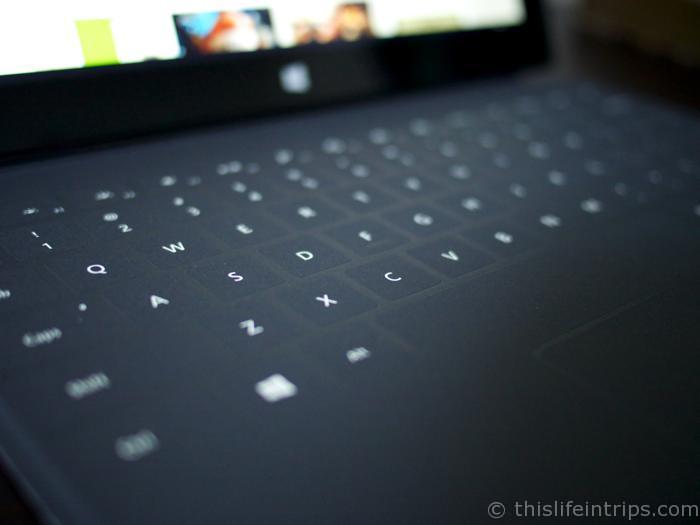 Although the verdict really won’t be out until I am using it exclusively on the road I do have to say I really like it so far. It gives me all that I need for writing blog posts and editing pictures as well as keeping up to date on my social media channels. As a test run I have written this post on the Surface RT and am impressed with the performance so far. The battery life could be better and am reading mixed reviews on what to expect there so may have to get that looked at. Also the new Type 2 Keyboard Cover was worth the extra $10 – even though I really liked the thin profile the Touch Cover brought to the tablet.

Check Out This Cover

Bonus note I picked up this simple felt cover off of eBay. Handmade from Lithuania! Looks and works great. 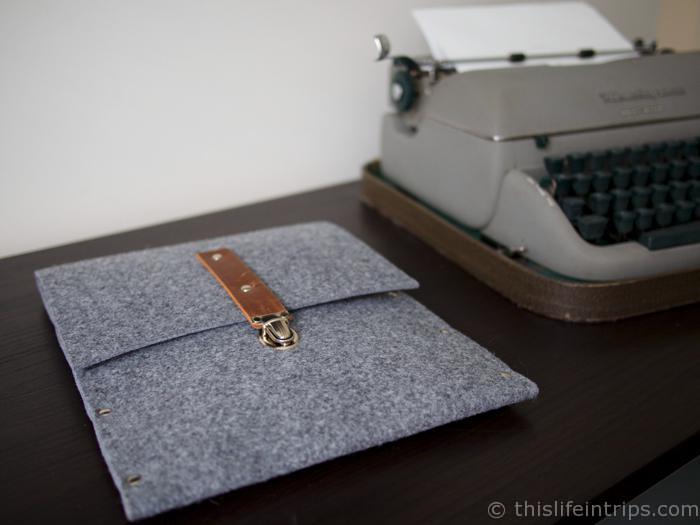 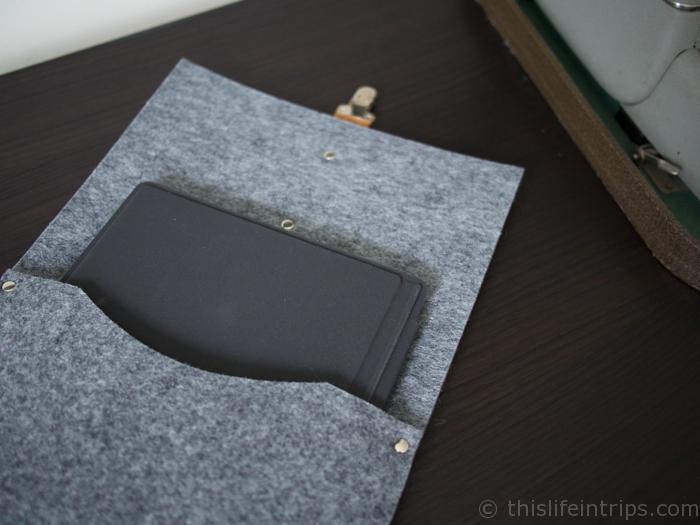 Got a travel related product that you want reviewed
and put to the test? Get in touch with me HERE!