My first visit to New Orleans was a series of peaks and valleys. We arrived late, dropped off our bags, and headed straight to the French Quarter. There we found Bourbon Street packed with drunken frat boys and stumbling bachelorette parties. Strip clubs, overpriced bars, and blended cocktails that could float a boat dominated the scenery. I wandered the street in bewilderment. Surely there is more to New Orleans, a city steeped in history and one at the crossroads of culture during the 19th century, than this?

Then I found Frenchman Street, the closest thing to what Bourbon Street once was, and discovered Cajun and Creole food and all was right with the universe.

Still, something was lost on that first visit. I knew New Orleans and drinking go together like shrimp and grits, but why?  How did the drinking culture lead to sugary cocktails with kid-friendly names like grenades and fishbowls? On my recent return to The Big Easy I was determined to seek this out, but definitely needed local expertise. Enter Drink & Learn, a New Orleans cocktail tour for your brain. 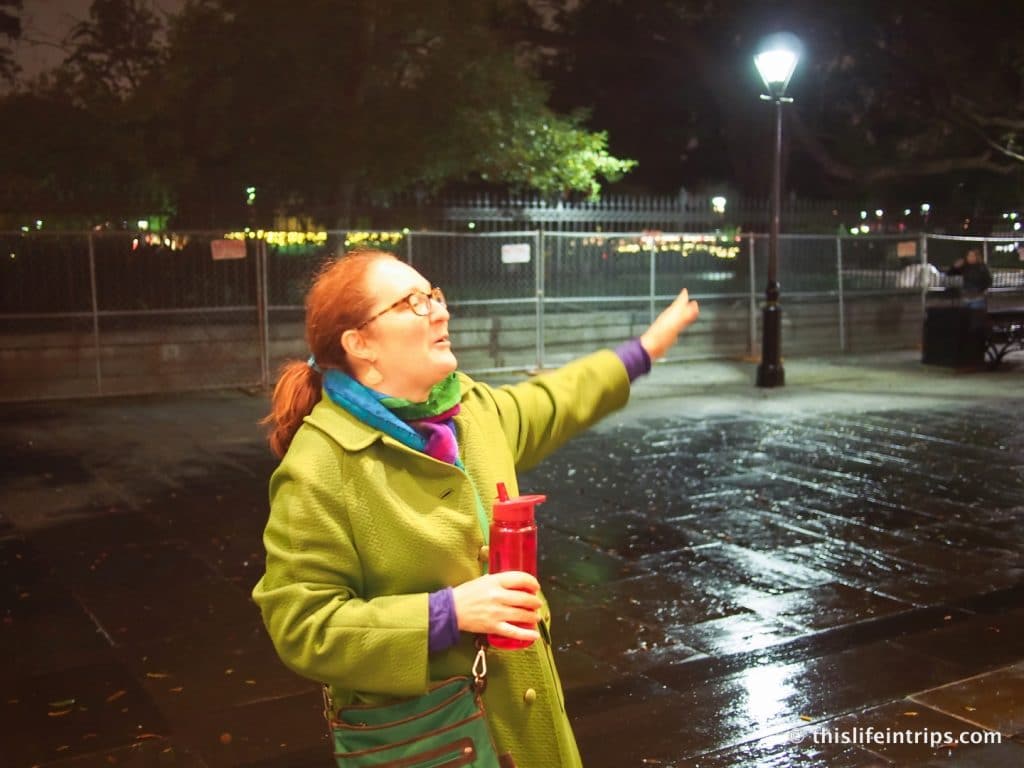 Our Drink & Learn New Orleans cocktail tour began with introductions and collecting money upfront…for obvious reasons. Born and raised in Louisiana, Elizabeth started Drink & Learn, fittingly, over cocktails. Actually, it is a little more complex than that. After four years following her passion for food she helped open the Southern Food and Beverage Museum & Museum of the American Cocktail,. Having fought through local hardships such as Hurricane Katrina, the museum was finally set to open its doors in 2008…the year the bottom fell out of the market in the USA and beyond. Feeling lost she did what any of us would do, drink. 2009 was a “lost year.” One where she found herself unemployed, drinking heavily and dating a musician.

Her words, not mine.

During that time she came to realize no one was telling the city’s underlying narrative – how drinking played a huge role in forming New Orleans. In an interesting way, my curiosity for New Orleans drinking culture was the very niche Elizabeth and Drink & Learn set out to fill. 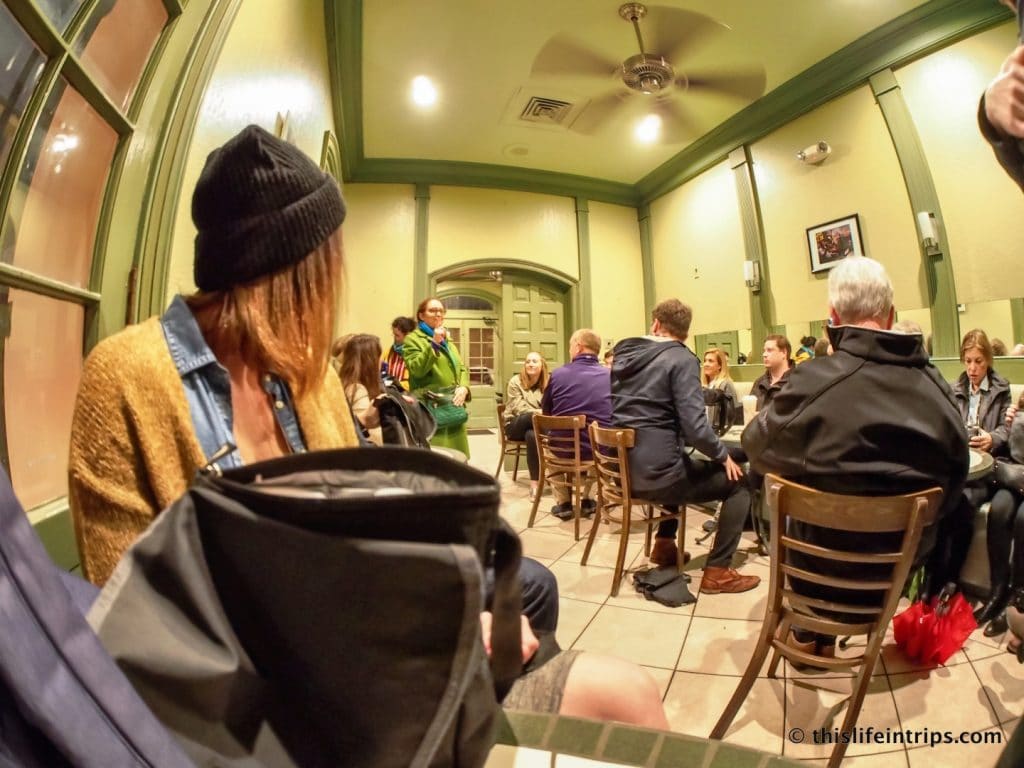 You immediately know you’re in good hands with Elizabeth. She is energetic, passionate, and fun. She also knows her stuff as she literally wrote the book on drinking in New Orleans

. Her knowledge and experience have landed her public speaking gigs at conventions and private work functions. Now it was my turn to see what sets this New Orleans cocktail tour and its highly qualified host, above the rest. 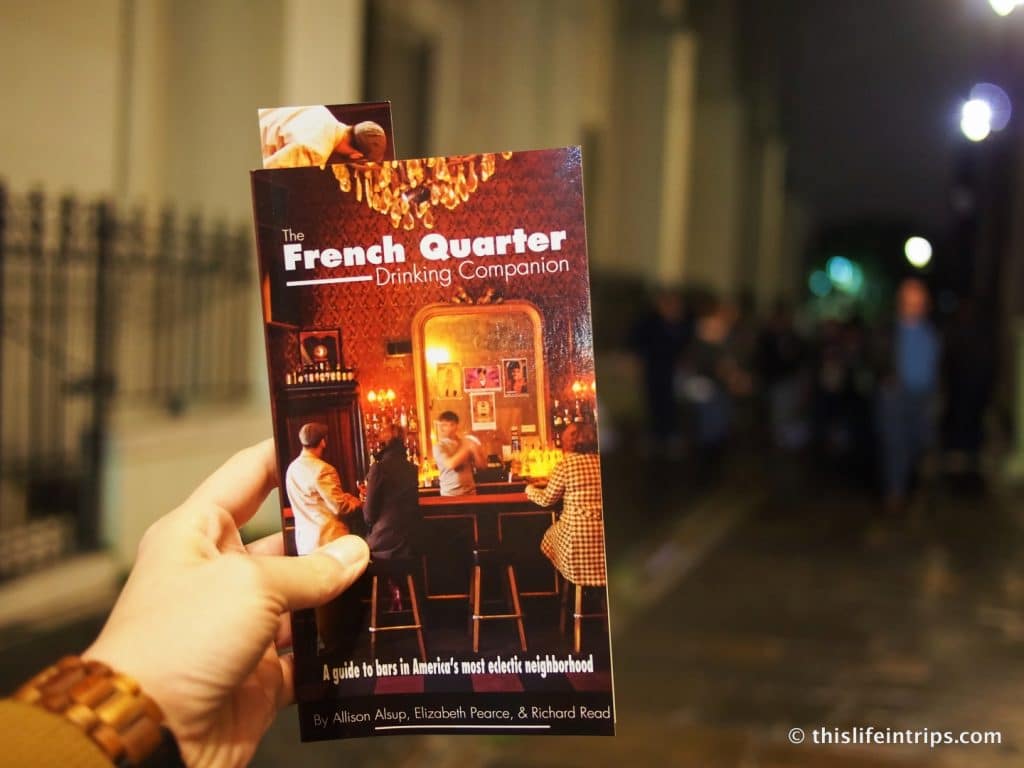 Before heading to our first stop, Elizabeth and her assistant Monique handed out a drinking tour first for me – satchels full of booze. I have taken drinking related tours from Lithuania to Cape Town and no one has ever handed me a sack of booze and said, “let’s begin.” 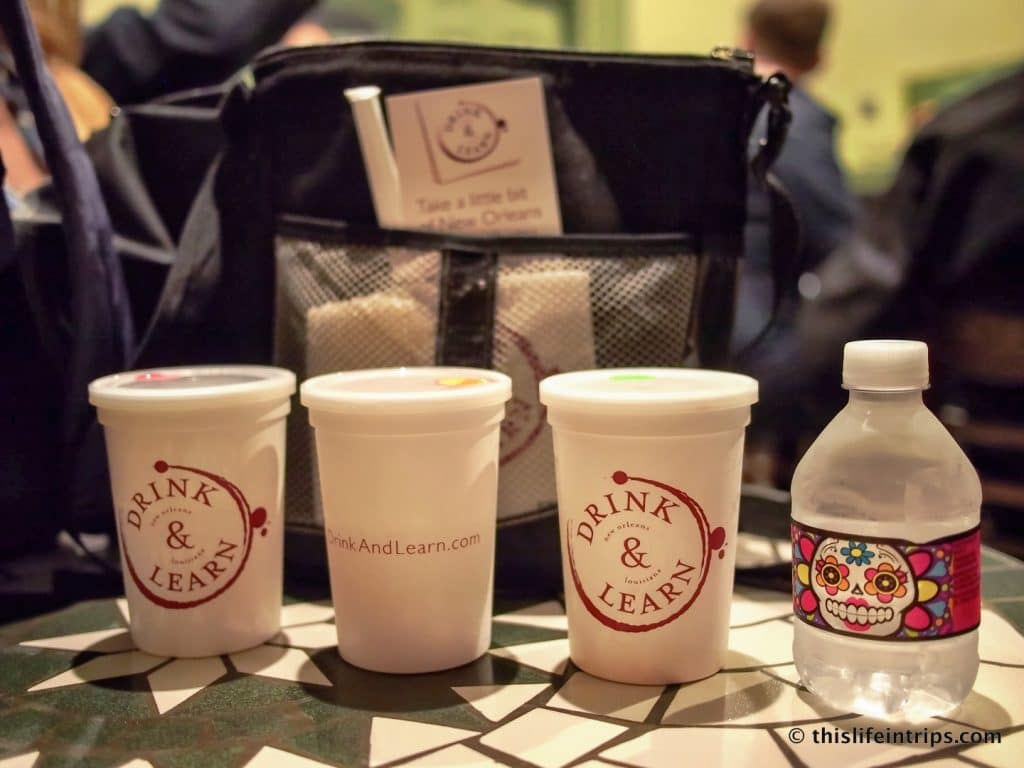 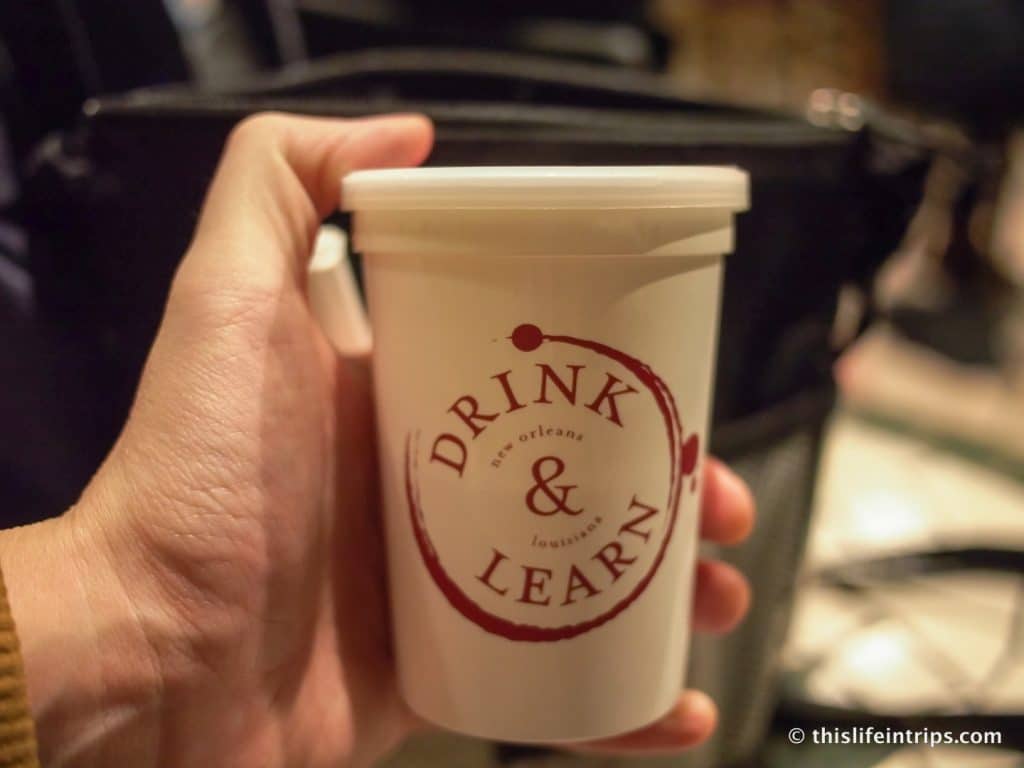 Inside each satchel are 4 color-coded drinks, straws, and water to keep you hydrated. The satchels even come complete with ice packs which, although not needed on our cool night,is genius. We hadn’t even made it out the door and I had already decided I loved this unique New Orleans cocktail tour.

Each drink was paired with an engaging story on how the cocktail and/or use of ingredients came to be and how they tie in with the history of this great city. They included:

Drink & Learn is quite literally the most literal tour I have ever taken. You really know what you are in for here. What I didn’t expect was how engaged I became with Elizabeth’s story telling. Erin, who was not feeling the cold December weather, suddenly didn’t care that it was raining and miserable out. When we arrived at our first stop we were instructed to start enjoying the first cocktail, St. Charles Hotel punch. For those of us not paying attention, it was the one with the pink sticker.

While sipping this sweet and boozy mix Elizabeth gave us a detail-filled story on how the cocktail came to be and how the St. Charles Hotel, one of the cities most notable hotels, came to a sad end. 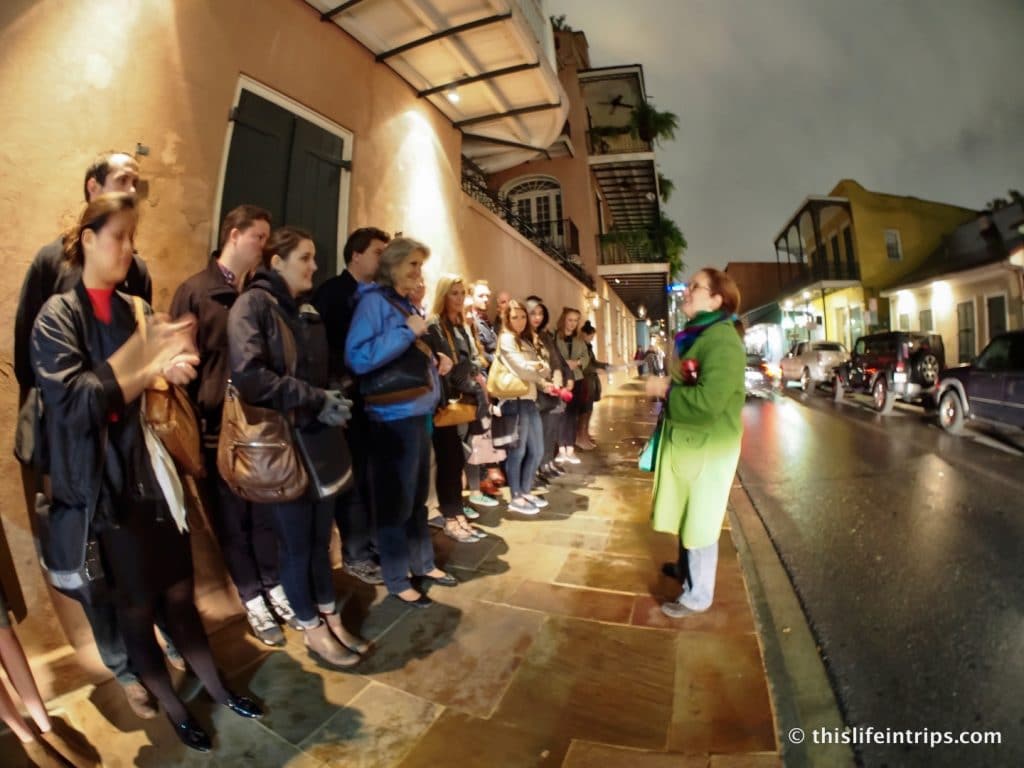 Like most of the night, the details became foggy as the drinks went down, but I do recall some highlights. One being the surprise of the group that the Hurricane is not the official drink of NOLA. Elizabeth explained how Sazerac, America’s first cocktail, is New Orleans official drink and how it came to be. Part of that was her awesome rendition of judge and Mississippi state representative Noah S. “Soggy” Sweat Jr’s famous pro/anti-whiskey speech. Although you the reader are not sipping Sazarac in front of the Louisiana State Courthouse (did I mention I love NOLA and its lax open liquor laws?!), the speech is a beauty and worth a read. Give it your best southern accent while enjoying in your head or out loud… 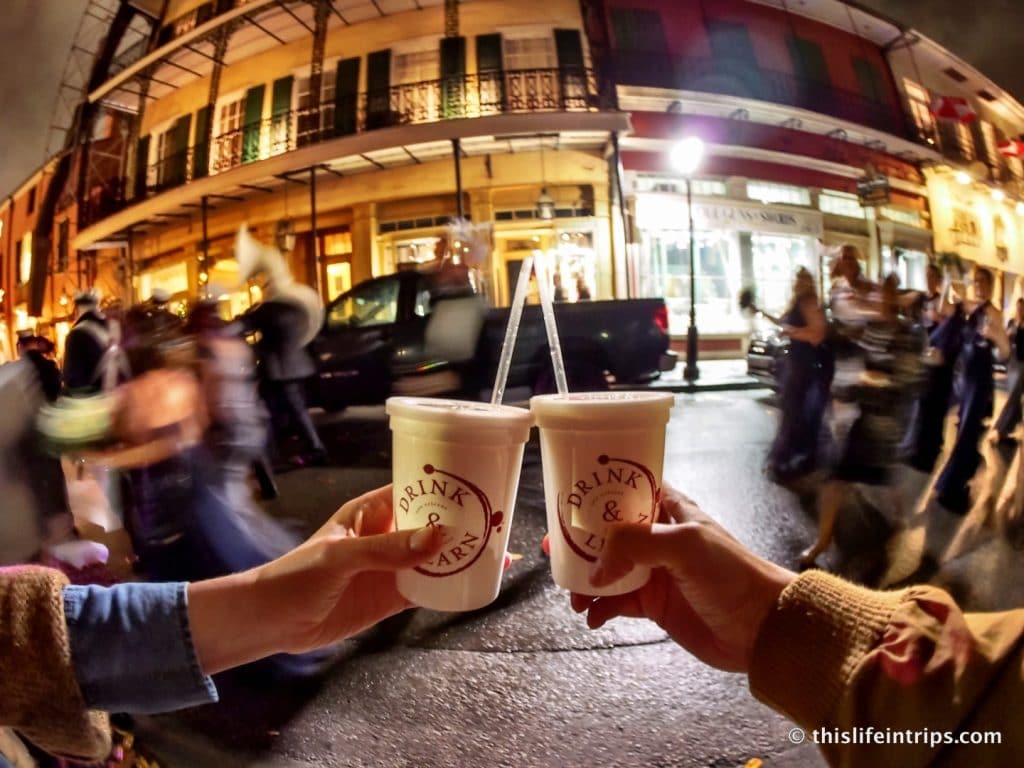 At one point between stops a full on marching band and wedding party passed by. As everyone was putting away their cameras Elizabeth explained what we had witnessed and what we hadn’t. With a role of her eyes, she went on to explain the cash grab that is the French Quarter Second Line – an extremely short and awkward version of the authentic and traditional funeral parade found in the surrounding districts. Apparently, what we saw was the “Chili’s of Second Lines.”

We went from thinking we saw something unique and cool to something manufactured and fake. Although dejected from that experience, I would much rather hear it like it is instead of living in the Disneyland theme park that much of the French Quarter has become.

That’s what you get from Elizabeth and her New Orleans cocktail tour – blatant honesty. No sugar coating. Just a true locals perspective and take on life in New Orleans… and that’s a beautiful thing.

With that, Elizetebth and Monique, clear experts at herding drunk cats,  let out a “let’s go drink at the church” our final stop. 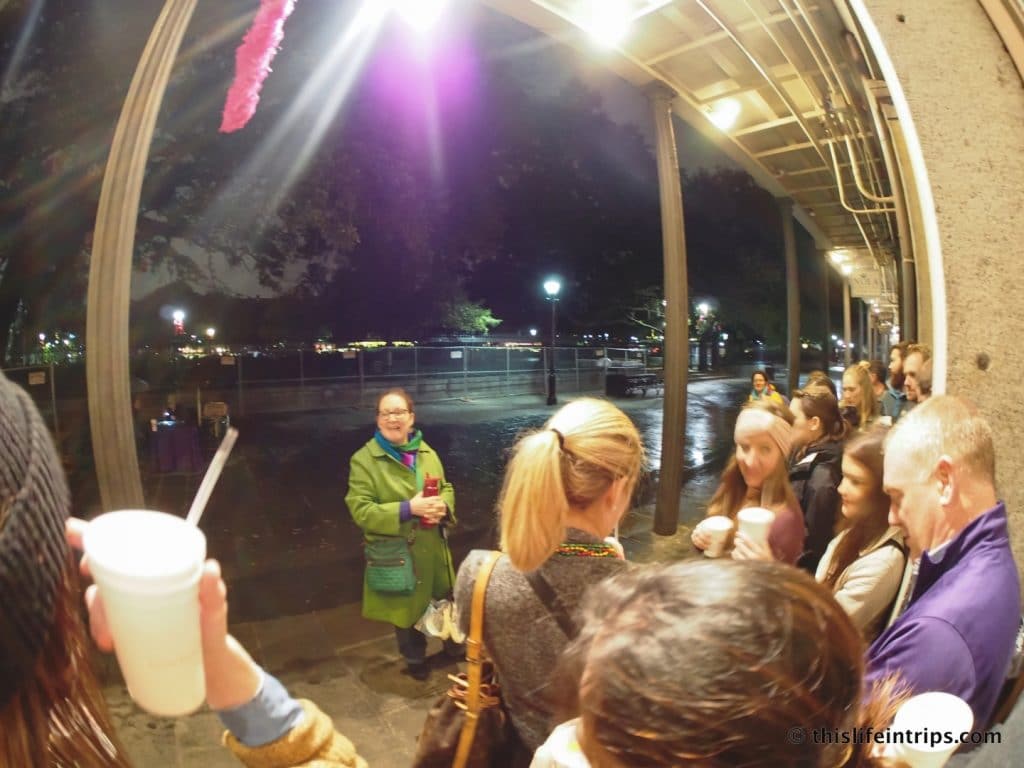 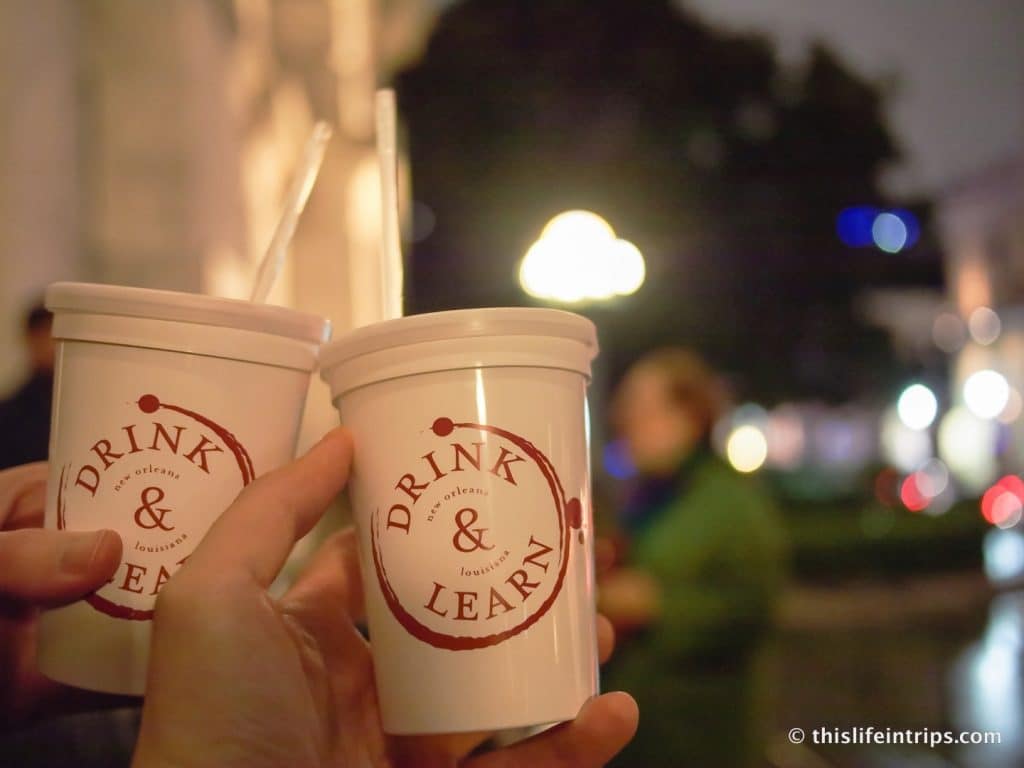 A New Orleans Cocktail Tour Unlike the Rest

As you can see, there is so much more to New Orleans and Bourbon Street than its yard long drinks, bead tossing, and sticky ground. New Orleans was built over drinks and Elizabeth and company do an amazing job of bringing that story to life in a fun and libatious way. Drink & Learn is a New Orleans cocktail tour through the French Quarter that serves up so much more than Hurricanes and Sazeracs. I highly recommend this tour for anyone looking to quench their thirst for knowledge. 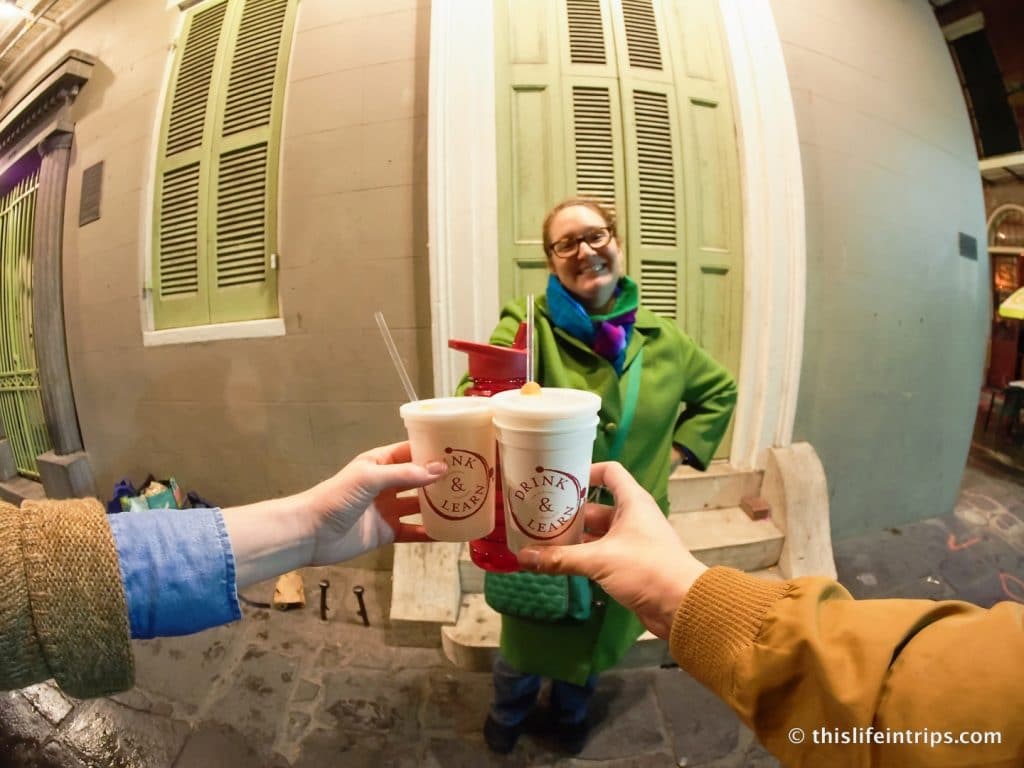 What say you?
Thoughts on this New Orleans Cocktail Tour?
Let’s hear it!

For more reviews from USA and beyond see HERE. 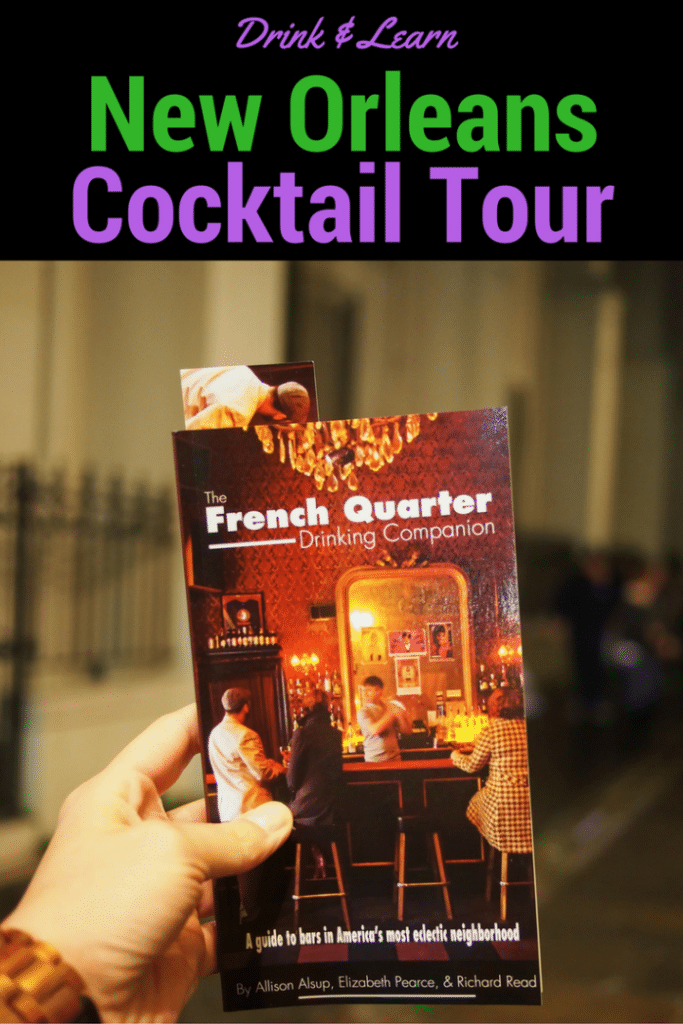 Although I was provided a complimentary New Orleans Cocktail Tour with Drink & Learn,
the experience, opinions, and food (drinks?) for thought are my own.