New Orleans and alcohol go together like a hurricane and a headache. It is one of the most popular bachelor party locations in North America and it’s not because of its swampy local. Each year thousands of people flock to Bourbon Street to let loose and over indulge. With massive boozed filled celebration such as Mardi Gras, the Jazz Festival, and Halloween, it’s not hard to get a drink in this town. Sadly, most of those visitors don’t venture off the bar line streets of the French Quarter. This is a shame as there is much to see and in New Orleans beyond the booze.

First up on this list of things to do in New Orleans that do not include booze is, simply, eat. New Orleans was discovered by the French, conquered by the Spanish, and built by Caribbean. These influences left the region with some diverse flavors. From gumbo to jambalaya, to crawfish on everything, New Orleans is a foodie paradise. Take a self-guided food tour through the French quarter and see for yourself!

Next to San Francisco, New Orleans operates the country’s oldest streetcar line. On top of a cool ride, the streetcar can take you to some great local sites. Hop on the historic St. Charles Street line and enjoy the classic homes in the Garden District or wander the grounds of Loyola University. The Canal Street line gets you to the uniquely eerie “Cities of the Dead,” New Orleans above ground cemetery. Strolling the grounds could be on this list of things to do in New Orleans that do not include booze as a category of itself, but I digress.

Although each ride on the streetcar is only a $1.25, there is excellent value in the $3 all day pass. Tickets can be purchased onboard, cash only, and exact change.

Along with fishbowl drinks and Hurricanes by the yard, New Orleans is also home to some great museums. Conveniently located within a block walking distance there is the Ogden Museum of Southern Art, the Contemporary Arts Center, and the Confederate Memorial Hall. The latter is the oldest in the state and first opened its doors in 1890!  Across from the that you will find the massive of National World War II Museum. Inside you will find interactive displays, 4D movies, and vintage World War II aircraft suspended from the ceiling.

Close to the French Quarter there is Mardi Gras World, a factory that produces the bulk of floats for the Mardi Gras celebrations. This unique factory also offers tours and although there are plenty of libations when they are rolled out, seeing them being built puts it on this dry list of things to do in New Orleans.

Foodies, don’t miss the Southern Food and Beverage Museum & Museum of the American Cocktail! The name is a mouth full but fitting don’t you think? 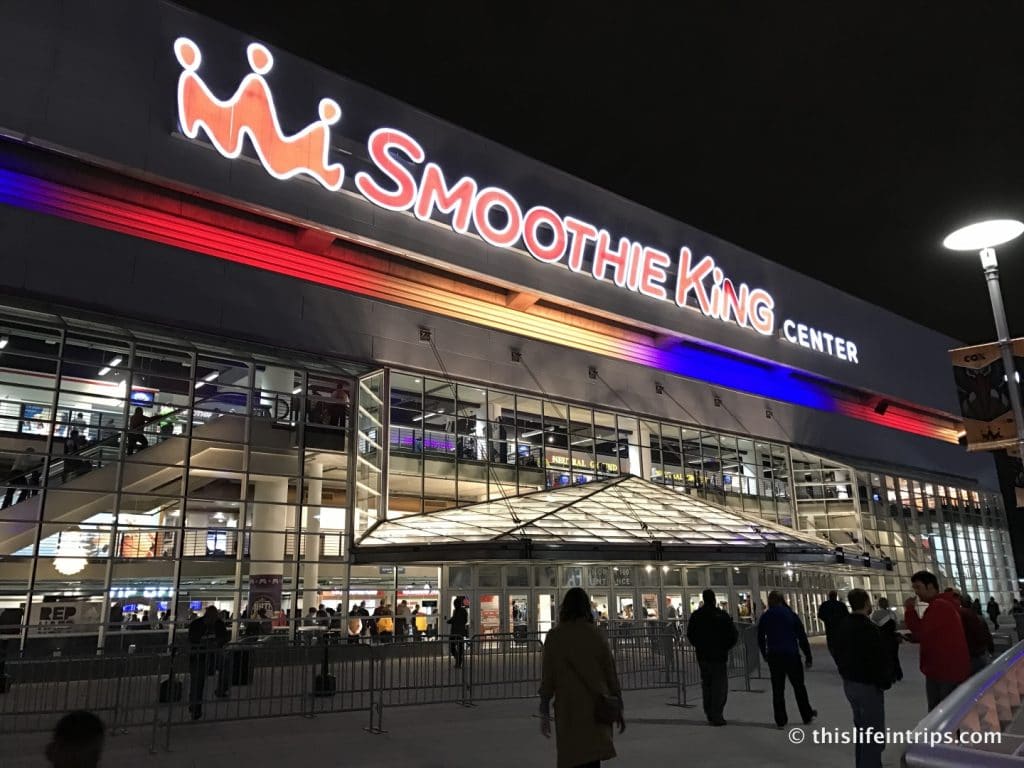 Although you are likely to have a beer or two, there is no denying New Orleans is a great sports town. Both the New Orleans Superdome and the Smoothie King Center, home of the NFL’s new Orleans Saints and the NBA’s Pelicans, are located in the CBD. This means both are within walking distance from downtown.

New Orleans is also a big college town with LSU and the Sugar Bowl calling it home. Is also one of the craziest cities to host a Super Bowl…

If you’re in town for a game consider the Drury Hotel which is perfectly located between the stadiums and the French Quarter.

Okay. Now we are dipping close to mixing New Orleans and booze but technically, you don’t need to drink to enjoy this musical city. Nearly every street corner in the French Quarter has amazing buskers and of course, the bars on Bourbon host plenty of great bands. For some of the best music in the city be sure to visit Frenchmen Street. This area is what Bourbon Street was before big business moved in. Don’t miss the Spotted Cat and the Apple Barrel!

Let’s face it. If you’re visiting New Orleans, chances are you’re going to indulge in a drink or two. You might as well learn something while doing it. Enter Drink & Learn, the most literal tour you can take. Sip on hurricanes, St. Charles Street rum punch, and praline liqueur while cocktail expert Elizabeth shares the history behind each drink and what the ingredients mean to the city.

See here for my full review of Drink & Learn!

What say you?
Thoughts on these things to do in New Orleans that don’t Include Booze?
Let’s hear it!