With my grandparents living an hour outside of Sudbury, I frequently visited the area as a child. When I drove through town this past summer, I realized that is exactly what I had done all these years – just passing through, airport to grandparents and vice-versa. With that in mind, I decided to stick around for a few days and check out the Sudbury tourist attractions I had skipped over. Turns out, I was missing out.

With its mineral-rich location on the Canadian Shield, Sudbury is built on mining. It is a 400km drive northwest of Toronto. With a population of 165,000, it’s the largest city in Northern Ontario.

Having grown up in Yellowknife, a city north of the 60th parallel, I never could wrap my head around the term “Northern Ontario.” It took us a day to travel south to get to Sudbury and when we arrived we were inevitably greeted with a blast of heat and humidity when stepping off that plane. Still, Sudbury is north of Toronto (which seems to be the real barometer) and there are a lot of similarities to other northern mining towns, namely fishing, hunting, quads, and snowmobiles. These are things I would do both at home and while visiting extended family in Northern Ontario.

Although Sudbury has an abundance of lakes and playspace for outdoor adventures activities, for this visit, I wanted to play tourist. Here are some Sudbury tourist attractions in and around town and my day checking them out.

With help from my uncle Paul, we set out to discover what I was missing all these years. With word of the massive Inco Superstack set to come down, we went there first. Although we drove up to the facility, really, you can see the Superstack from anywhere in town. Good or bad, it has been Sudbury’s defining element, dominating the skyline for almost 50 years. Once the world’s tallest chimney, it stands at 1,250 feet tall and provides a reminder of the industry that built the town.

From there, our tour of larger than life Sudbury tourist attractions continued with a visit to the Big Nickel. Sticking with the mining theme, the world’s largest coin was erected in 1967 to celebrate both Canada’s Centennial and the nickel production in the area. This is well documented in the Dynamic Earth interactive museum next to the Big Nickel. I was hoping to check it out on my tour of Sudbury tourist attractions however the pandemic had other plans. Next time.

As mentioned, there are plenty of lakes in and around town. There’s also one near the centre of town. Ramsey Lake, my next Sudbury tourist attraction stop, was once a favourite swimming spot of my Grandfather. Today it offers plenty of walking trails. We strolled Bell Park‘s 2 km stretch of boardwalk along the lake, passing beaches, benches, and an amphitheatre on the way. At the end of the trail is Science North which is arguably the most popular tourist attraction in town.

Science North was one place I remember visiting as a kid. Learning about electricity through static hair comes to mind. Also bugs, lots of them.

Spread out over several floors, exhibits today still include insects but also feature the science behind Northern Ontario’s ecosystem. There’s also a large amplitheter on-site featuring daily demonstrations geared towards making science fun. It doesn’t take much to get this nerd excited but I get the appeal.

Stepping away from nostalgia, my uncle took me to a side of Sudbury I had yet to experience, its bars. Although the Townhouse Tavern. serves up a great burger, its connection to a Canadian music legend was the true draw.

Stompin’ Tom Connors (The Good Ol’ Hockey Game) immortalized the city and the Townhouse Tavern through his tune Sudbury Saturday Night. Although the song paints a picture of miners getting “stinko” drunk and celebrating the bingo winnings of their women, the city embraced it. So much so, a Stompin’ Tom statue stands proud next door.

Stompin Tom isn’t the only star power in town. The late great Alex Trebek hails from The Nickel City and, so does the gang from the hilarious Canadian TV show Letterkenny. Now I had always thought the show was set in Alberta or Saskatchewan but no. The fictional town of Letterkenny is definitely rural Ontario and the bulk of filming is done in and around town. One popular location is the Frood Hotel, the original set for the show’s pub MoDean’s.

Now in the show, MoDean’s is known for hard-drinking and bar fights. From the warning my Uncle gave me when I said I wanted to check it out, the real-life location isn’t far off from that. As we walked in mid-day on a Thursday, I could tell he wasn’t wrong. With that in mind, you can imagine my surprise when one patron yells my Uncle’s name as if he was Norm at Cheers. 🤦‍♂️

Colourful crowd aside, the bar is in pretty great shape. This is because the set that was built largely remains today. Apparently, the pub went out of business and the filming location changed but you would never know that, at least on the Thursday afternoon when I was there.

Halfway to getting “stinko” myself, I decided to check out Sudbury’s craft beer scene. Although lagging behind the rest of the province, there are several breweries in town. I tried out 46 North Brewing and enjoyed both their beer and the tasting room. Their Pale Ale stood out as did the NEIPA. If you are interested in trying yourself, 46 North offers a flat shipping fee of $15 anywhere in Ontario.

My day checking out Sudbury tourist attractions ended at the perfectly nerdy Spacecraft Brewery. Located in a former Greyhound bus station, the converted space is worth the trip alone. From the Space Invaders style beer menu to the retro booths and decor, the geek theme runs strong. Their beer was just OK IMO but does feature rotating taps from around the area. The food menu includes plenty of great mains and snacks including “out-of-this-world popcorn” and local beef jerky.

As I finished off my flight from Spacecraft Brewery I couldn’t help but feel like I had missed out all these years. Sudbury has always been a transportation hub to me and I have never given it much of a chance. To be fair, its rugged exterior didn’t give me much to go on. Now that I have dug a little deeper, I see a town with plenty to see and do. To anyone passing through on the Trans-Canada Highway, I suggest you do the same.

What say you?
Thoughts on these Sudbury Tourist Attractions? Did I miss Anything?
Let’s hear it! 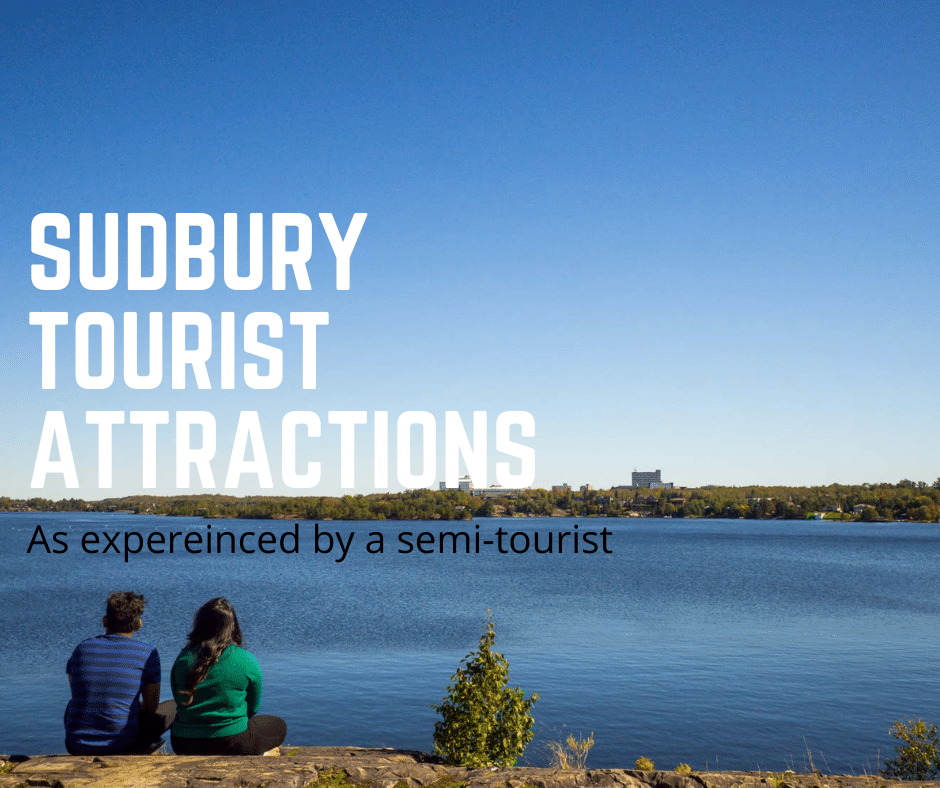 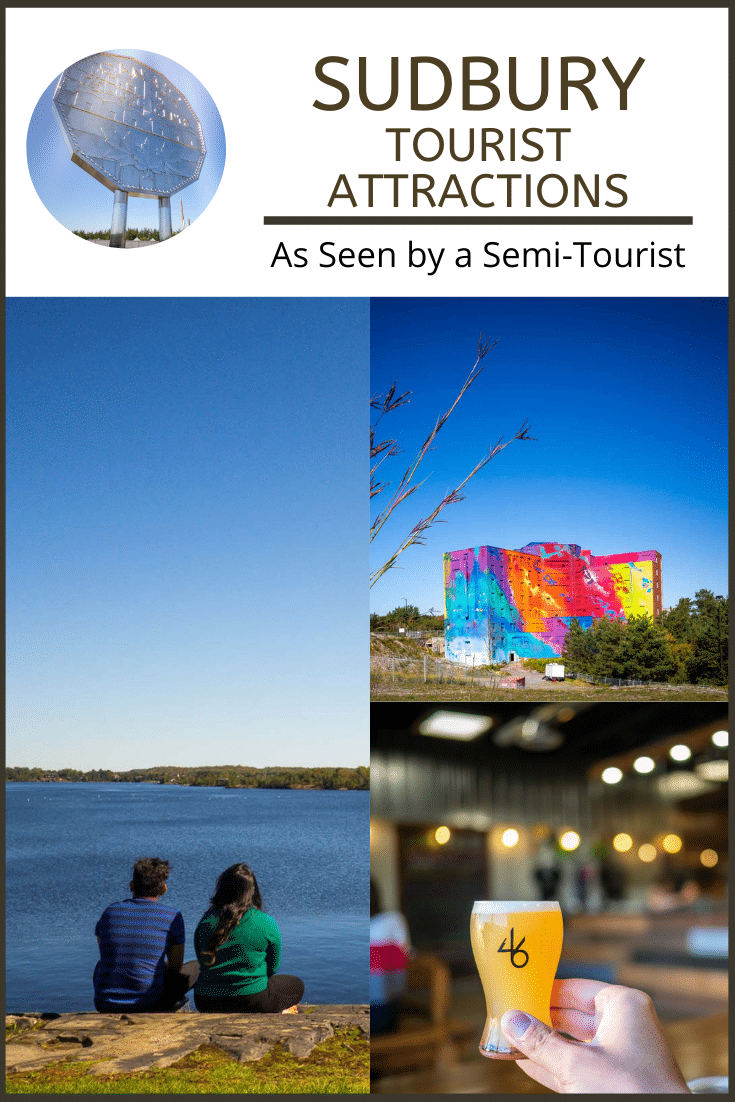