Seoul is a diverse city with a historic past, a vibrant present, and a bright future. When visiting a city this complicated getting an insider’s point of view is key, and thankfully I did just that. Here Korea was my ticket to understanding Seoul of old and Seoul of new.

My (extended) day of seeing Seoul with Here Korea proved to be much more than your average day tour. Here’s why:

Our day with Here Korea started with hotel pick-ups and friendly introductions. Harry, our Here Korea guide for the day, was energetic and clearly eager to share his city with us. Our first stop was the Gyeongbokgung Palace where Harry took us on a journey through the Joseon dynasty. 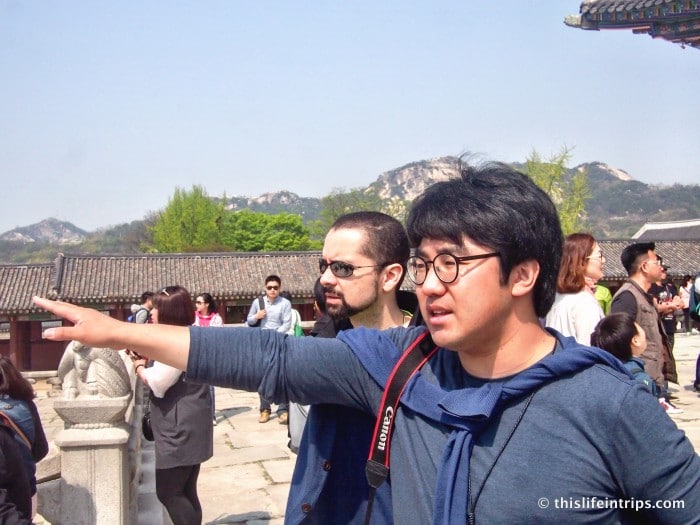 Built-in 1395, the Gyeongbokgung Palace has had a rough go. It was burnt to the ground, invaded by the Japanese, and left derelict for centuries. Thankfully it has been restored to its former glory and is there for all to enjoy.

Another great old Seoul stop on our Here Korea tour was a visit to the Jogyesa Buddhist Temple. Although impressive any day, we were visiting during the Lotus Lantern Festival which leads up to Buddha’s b-day. With that came colourful lanterns and people practicing dances for upcoming celebration. Nice touch Here Korea.

Known as the oldest and largest market in Korea, the Namdaemun Market was a great stop to experience Seoul of the now. After wandering a few stalls selling everything from kimchi to cheap cosmetics we settled for a couple Cass beers paired with Topaki – a dish we had fallen in love with while on our On’go street food tour.

The coolest stop on our Here Korea old Seoul tour was at Bukchon Hanok Village. This old neighborhood has the cities best collection of well-preserved traditional homes. Walking the winding and hilly streets of this neighbourhood is a must while visiting Seoul and offers some great views of the city skyline.

On the flipside, Here Korea does an excellent job of showcasing Seoul’s modern architecture and sights. Situated on a hill high above the city is the Seoul N Tower. Originally constructed as a radio tower, today it is a symbol of new Seoul. Is also incredibly touristy.

After fighting the crowds we did get an excellent view of the city from the Seoul N Tower base. Having Here Korea as our guide really came in handy at this stop as getting in and out of the traffic would have been a nightmare on our own.

Our new Seoul here Korea tour continued with a stop in Seoul’s busy downtown core. The towering skyscrapers and massive art and entertainment complexes in the bustling downtown area is a great example of how far this country has come in such little time. With art installations, exhibitions, food trucks, and endless shopping around it I could not help but think of the contrast to North Korea. After my visit to the DMZ I realized just how new Seoul is and how archaic North Korea is by comparison.

Another interesting stop on our day with Here Korea was tasting a speciality – Army Soup. This white trash concoction of kimchi soup, instant Ramen noodles, hot dogs, and processed cheese was thrown together during the Korean War. With produce scarce South Koreans made do with rations and leftovers from the US military in the area. The result is Army soup, and it’s surprisingly awesome.

With daylight already slipping away, our guide revealed a bonus stop – Banpo bridge. Known as the largest waterfall on a bridge in the world, this surprising extra was a great way to cap off our look into new Seoul with Here Korea. 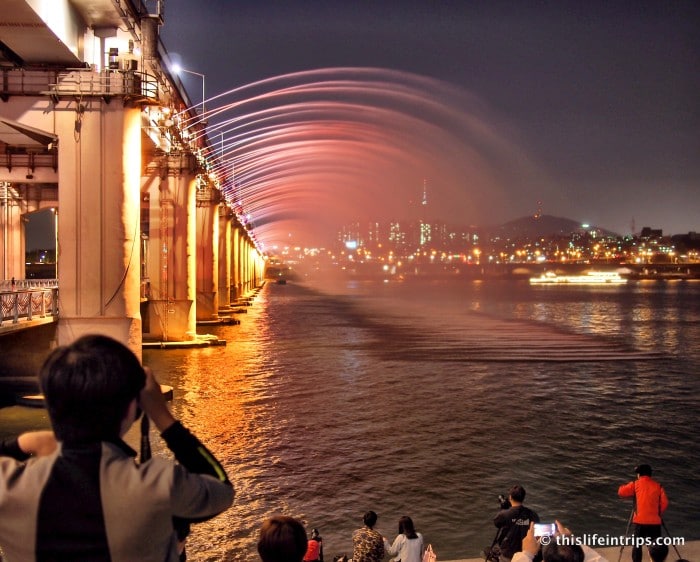 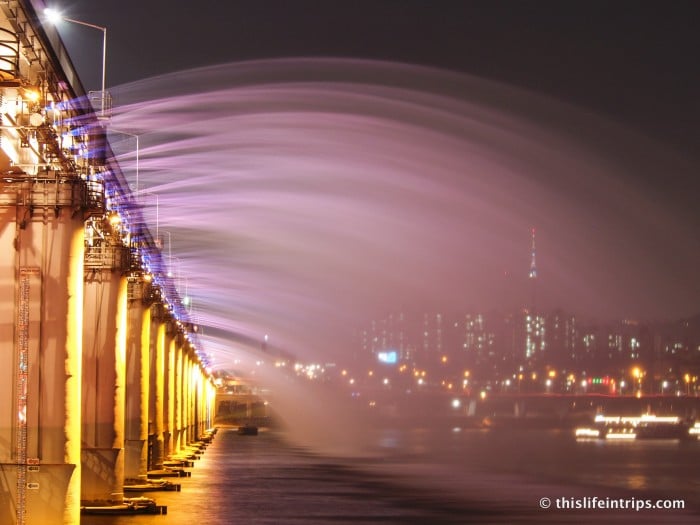 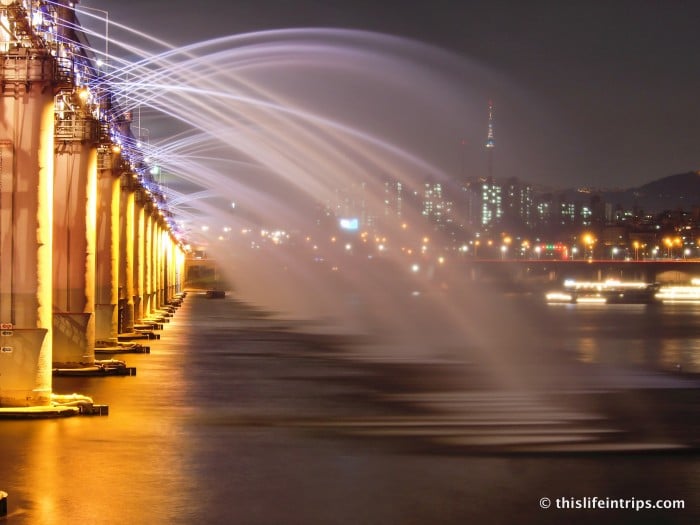 With so much to see in Seoul, I am thankful for Here Korea and it’s knowledgeable guide. There is no way I would have covered that much Seoul (or understood it) on my own. Harry was knowledgeable and went above and beyond – a true testament to the work effort South Koreans have and a nod to how Seoul became the city it is today.

What say you?
Thoughts on this Here Korea tour?
Let’s hear it!

Although I was provided a complimentary tour with Here Korea,
the experience, opinions, and taste for Army Soup are my own.

How does a day out with Here Korea rank?