Mostar is a historically significant town on the Neretva River in the southern part of Bosnia and Herzegovina. It is best known for the Stari Most but as I found on my walk through Mostar, there’s much more to this town that it’s arched famous walkway. The people are warm, the food is tasty, and the town is fascinating. It is also cheap. A short distance into my walk through Mostar had me wishing I had more time to enjoy it all. Sadly with my ambitious road trip through the Balkans with Auto Europe Car Rentals  I only had enough time for a photo walk through Mostar. Here’s how it looks and why it should be on your travel list:

Much like the shelling Sarajevo received, Mostar was affected heavily during the Bosnia war. You’d be hard pressed to miss the evidence of this on a walk through Mostar. Bullet holes can be seen in almost every building, some still in complete ruins. A sad sight to see but an important one in understanding the terror that occurred here not so long ago. 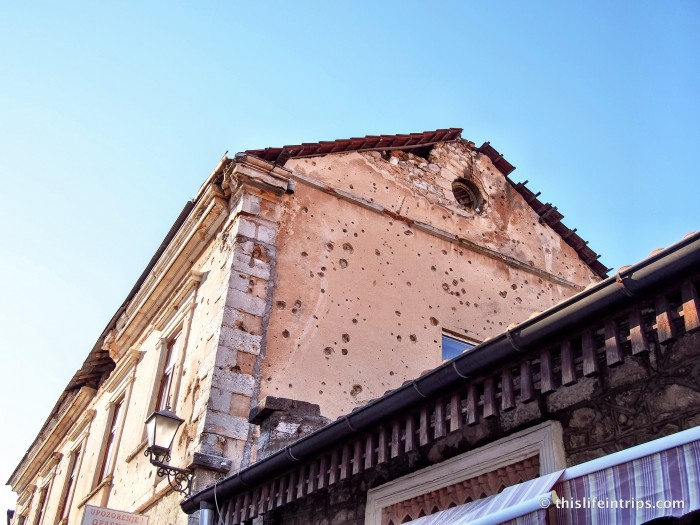 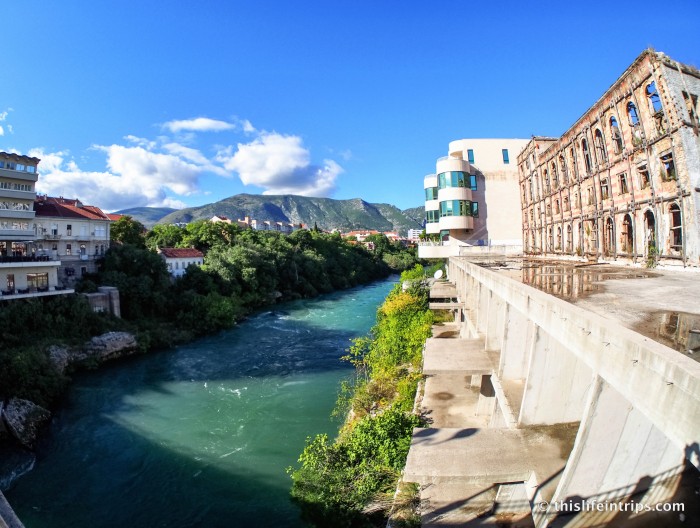 The biggest tragedy to Mostar’s architecture was the complete distruction of the Stari Most bridge. Thanks to funding from countries like Italy, the Netherlands, Turkey, and Croatia, the Stari Most bridge has been rebuilt and is there for tourists and locals to once again enjoy.

On this walk through Mostar I got to enjoy the cobble stone pedestrian roads on either side of the Neretva River. This included a stop for Bosnian coffee which tasted like a hybrid between Turkish and Greek coffee. Understandable considering Bosnia’s geographical location and Ottoman past. These similarities showed itself in the architecture and mosques in Mostar making it a very interesting city to stroll. 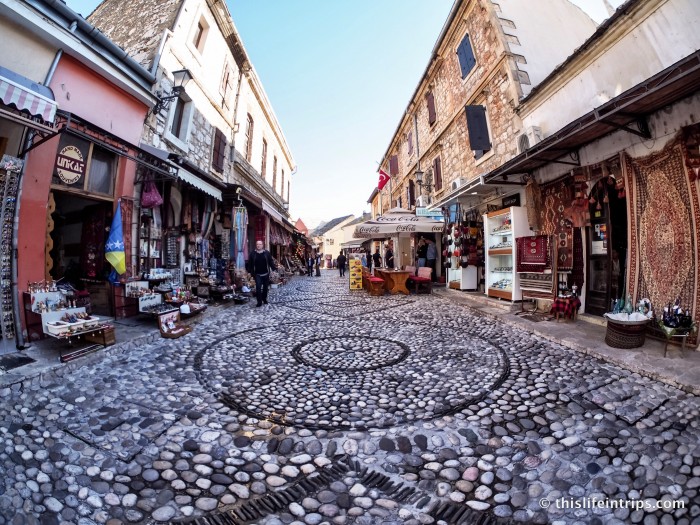 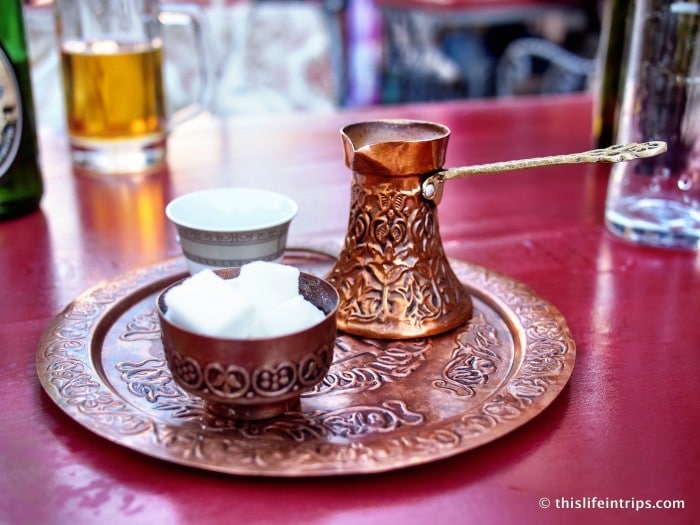 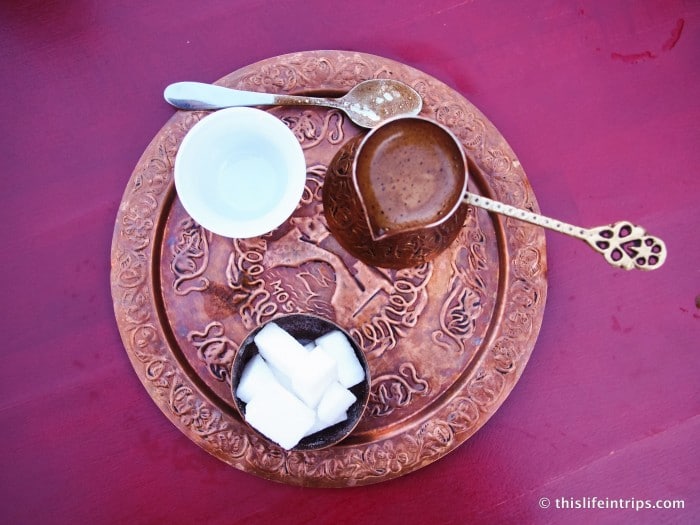 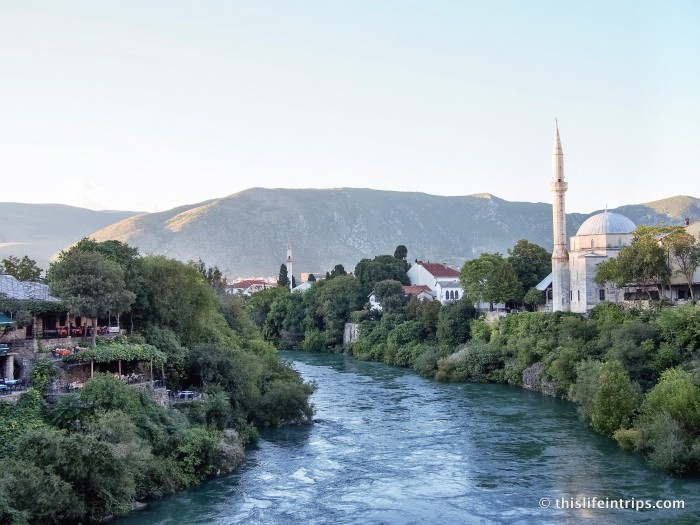 Best Places to Enjoy the Stari Most Bridge

Looking for that postcard picture of the Stari Most bridge? I found these 3 places on my walk through Mostar to be the best spots to enjoy the view:

For a small fee, visitors can climb the mosques minaret. A spectacular 360° view of Mostar is your reward for the tight and windy climb. Actually, the climb alone is worth the cost.

The fee also gets you access to the attached graveyard and terrace which is probably the best place for pictures of the bridge.

As you walk through Mostar and it’s old town you’ll be asked by many restaurant hosts to have a meal on their patio. There is a price for this as meals are significantly more expensive in these places. I passed on them but did enjoy a beer at a rooftop bar next to the bridge which was well worth the price. 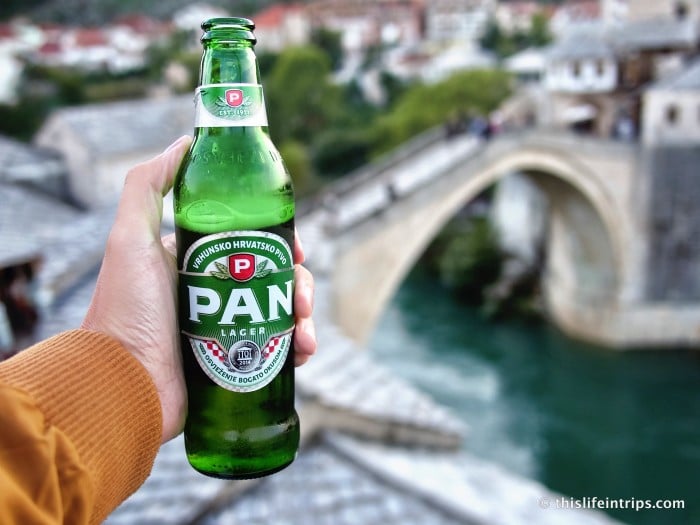 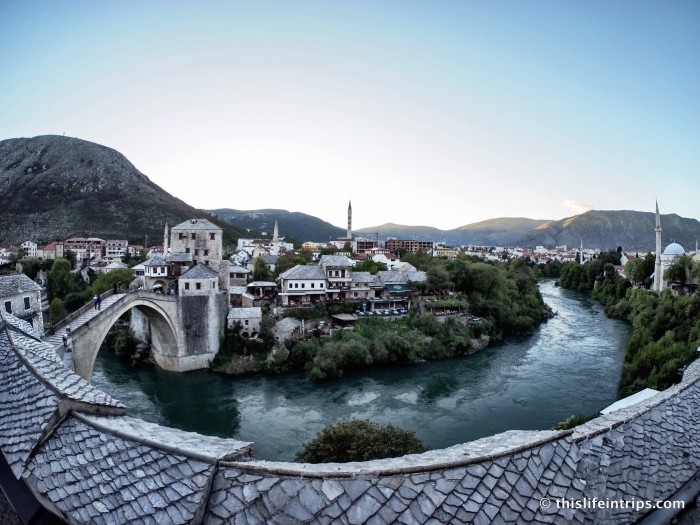 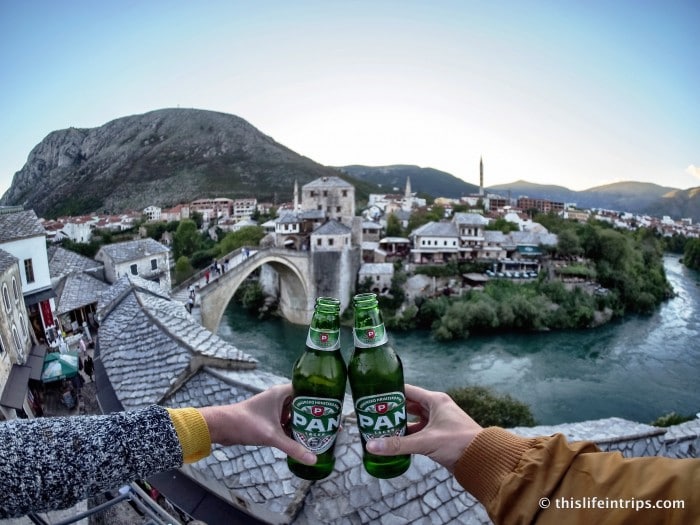 What say you?
Thoughts on this photo walk through Mostar?
Let’s hear it!

This Photo Walk Through Mostar is brought to you by Auto Europe Car Rentals as part of my #EuropeanRoadTrip.