There’s something truly awesome and truly inspiring happening in the most unthinkable of places – Las Vegas, Nevada. Known more so for breaking dreams than making them, Sin City is host to the Life is Beautiful Festival, the best music festival you’ve never heard of. Only in its second year, this young festival totes itself as “an inspirational (event) that is dedicated to helping people conquer their fears and chase their dreams.” There is evidence of this throughout the downtown Las Vegas festival grounds but all you really need to know is the festival mixes great music with food, art, and motivational speakers… and it’s amazing.

Here are the reasons why the Life is Beautiful Festival is the best festival you’ve never heard of:

In its first year, the Life is Beautiful Festival was headlined by local grown talent  like The Killers and Imagine Dragons. This year the festival stepped up big and featured several big name headliners that included Foo Fighters, Kanye West, The Roots, Arctic Monkeys, Linoel Richie, Flaming Lips, Alt–J, and Outkast. This is a seriously great lineup and even more so as the crowds were relatively thin for acts of this magnitude. 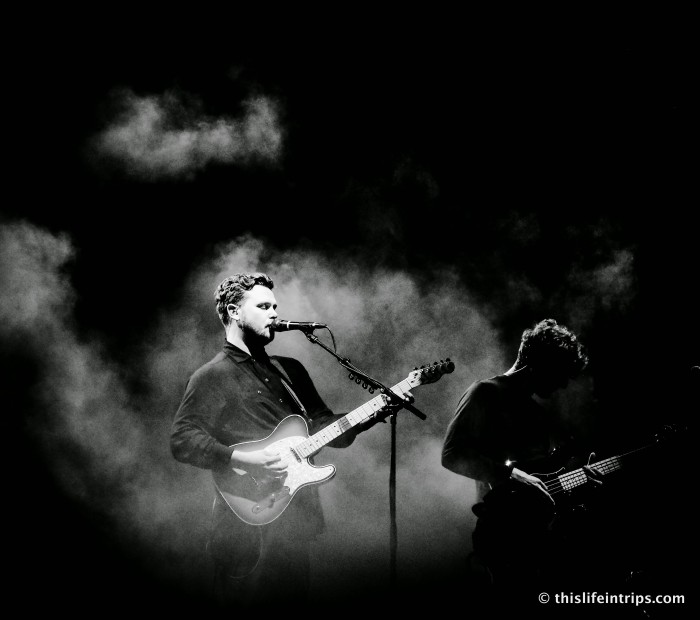 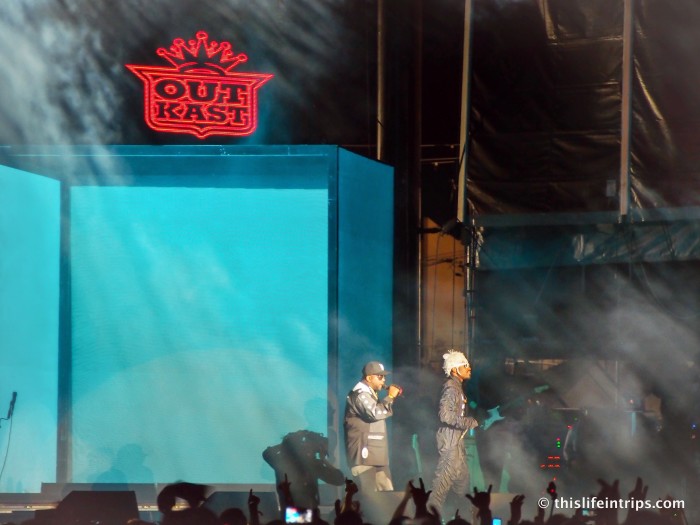 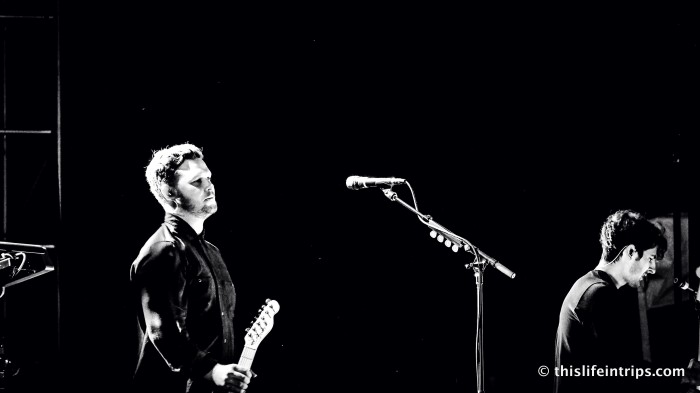 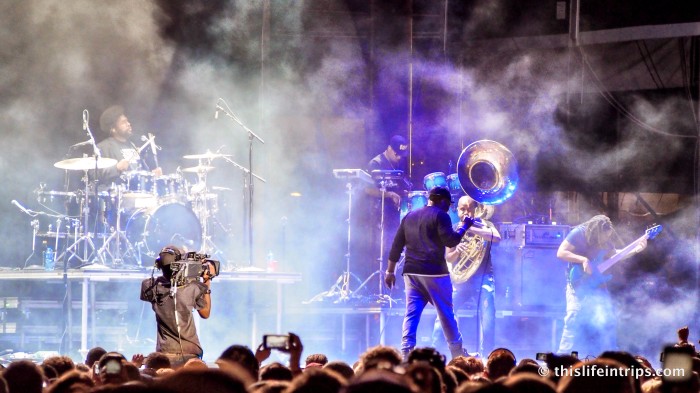 Possibly the biggest appeal to me is how the Life is Beautiful festival combines two of my three loves – food and music (3 really with travelling there) Throughout the three-day event some of America’s (and the world’s) most talented chefs took to the stage for cooking demonstrations and info sessions. We sat in on Eric & Bruce Bloomberg of Blue Ribbon restaurants demonstration on how they prepare bone marrow. What made this awesome to me is they did so with the assistance of Alt-j keyboardist Gus Unger-Hamilton. Although a little awkward at times, the presentation was unique and fun. Gus shared his love of food and answered questions about eating on the road. Fun fact, the British rockers loves them some Popeye’s Chicken. 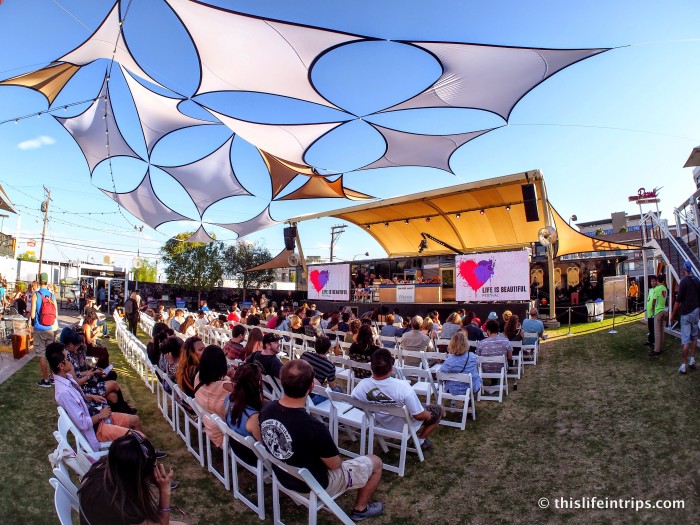 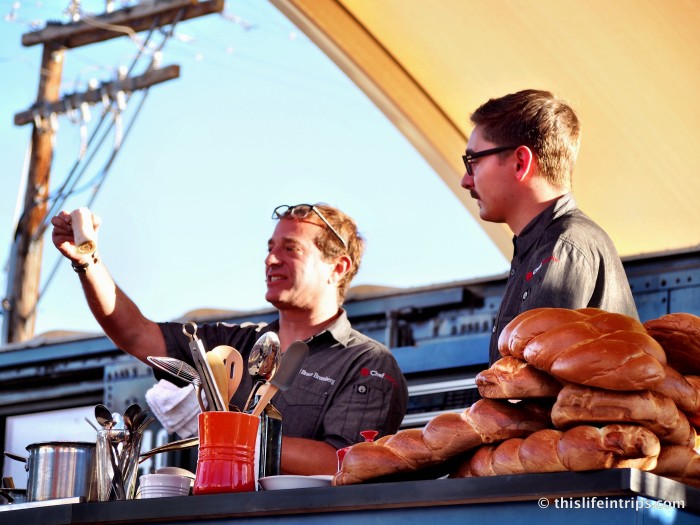 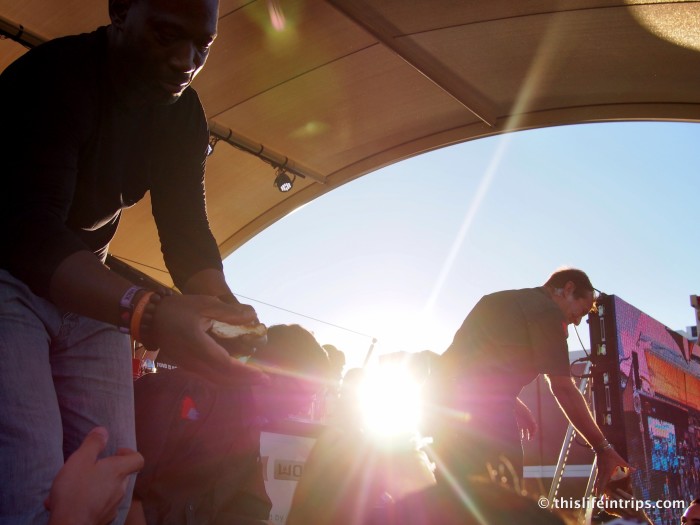 The theme of great food continued through the grounds with some great restaurants and vendors. The selection and choice of meals was unreal – by far the best spread at any festival I have ever been to. We sampled a trio of tacos (beef tongue, beef cheek, and pork), pretzel bites with a provolone fondue (drool) and to-die-for 36 hour ribs. I had serious regrets of hitting the Paris buffet earlier that day as I wanted to try so many more things but had already loosened my belt twice that day. 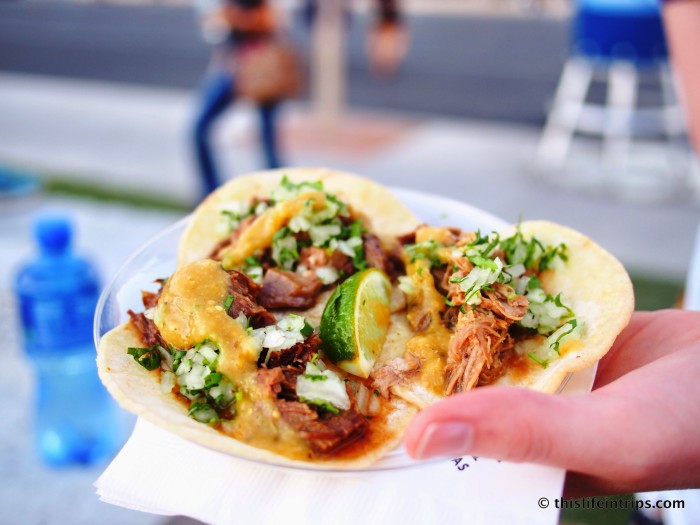 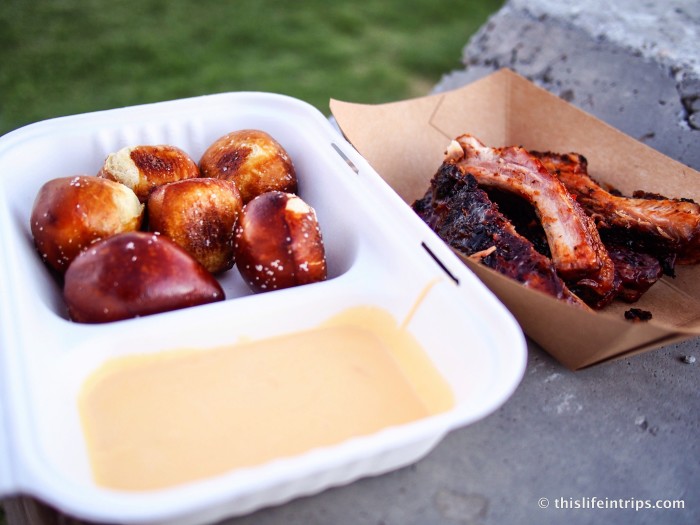 To make the selection and food experience even better, most food stands at the Life is Beautiful Festival are located in a way where you can still hear and enjoy who’s on stage. Well thought out or plain luck? Either way it made the Experience that much better.

Mixed in with the incredible selection of food was amazing craft cocktails and craft beer from the area and beyond. Not only did the Life is Beautiful Festival have the greatest food selection I have ever seen at a music festival, the choice of of drinks was shocking. Perched at the very end of the grounds across from the Ambassador Stage was a wall of craft beer selection unlike any I have ever seen.  At the end of the Downtown Stage there was stands boasting craft cocktails that you would find in the hippest of hip bars. 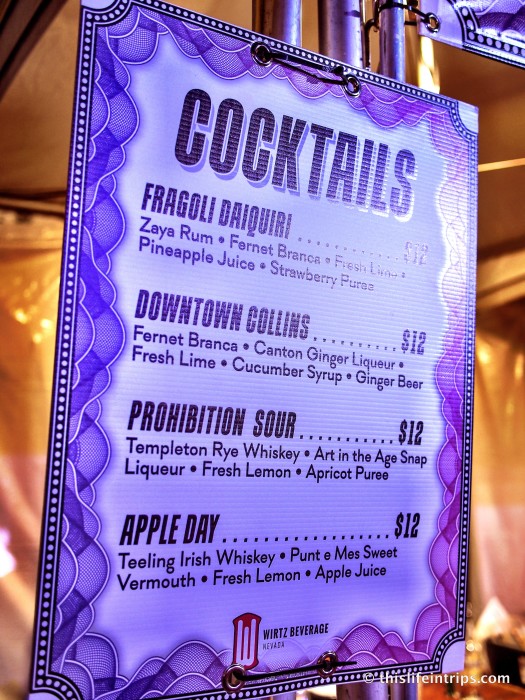 Scattered throughout the downtown the Las Vegas festival grounds are retro buildings with colorful murals. This only made me want to explorer the area more.  Additional art pieces were installed just for the show and included a giant fuzzy “Jeffrey” wall, a massive praying mantis that shot flames out of its antennas, and a wire mesh display with mind-blowing detail. There was also the bus stop converted to a conga line that ran every half  hour to Lionel Richie’s classics. Amazing. 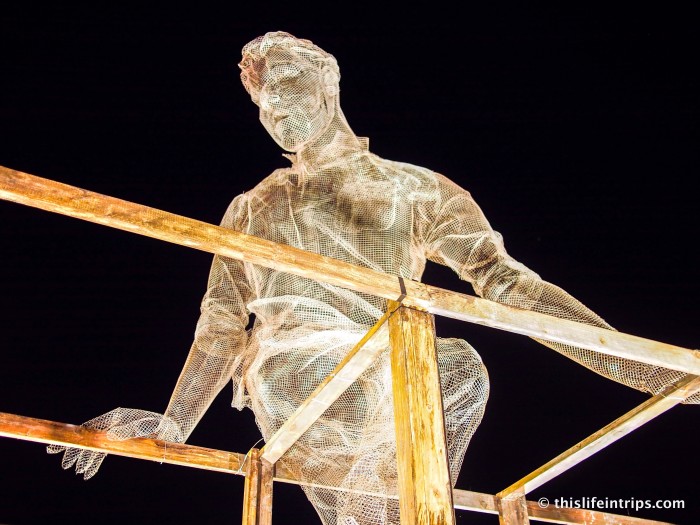 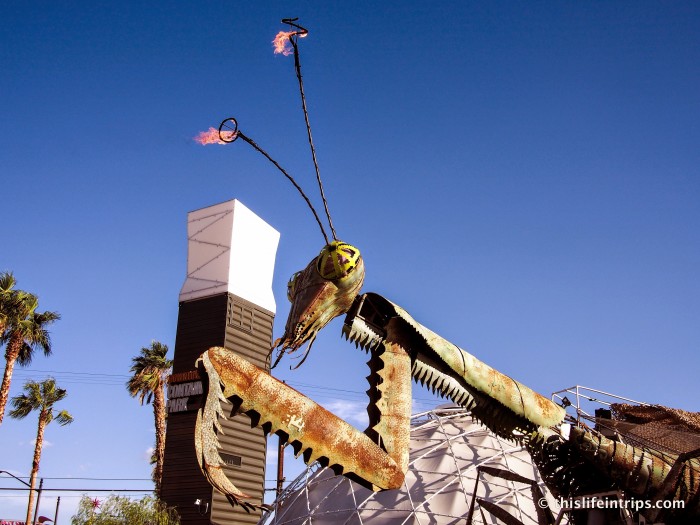 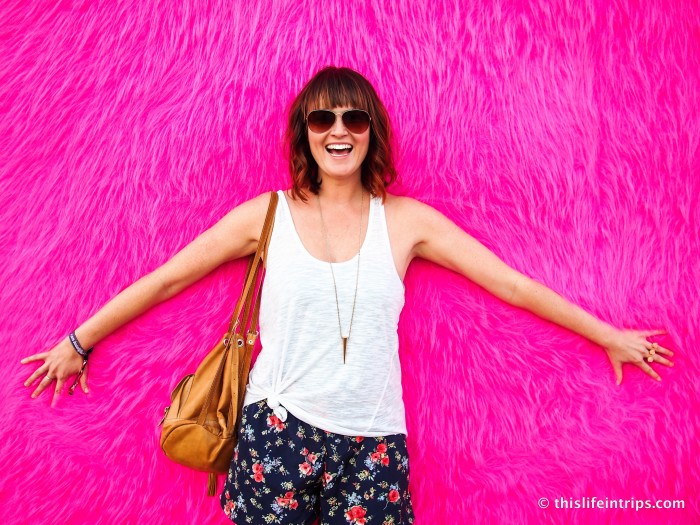 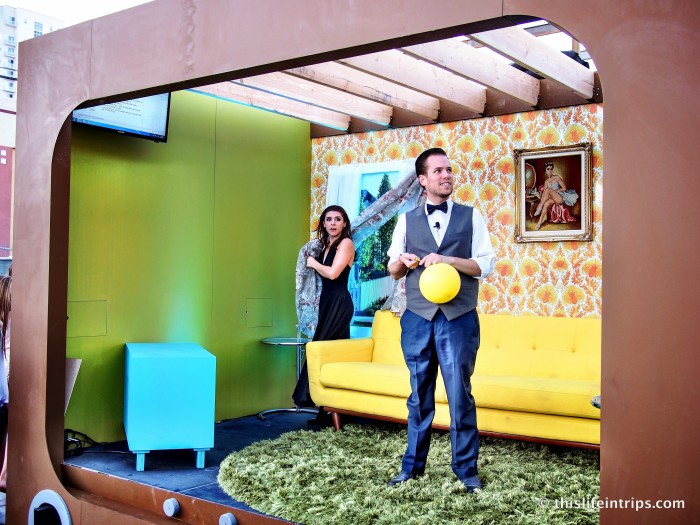 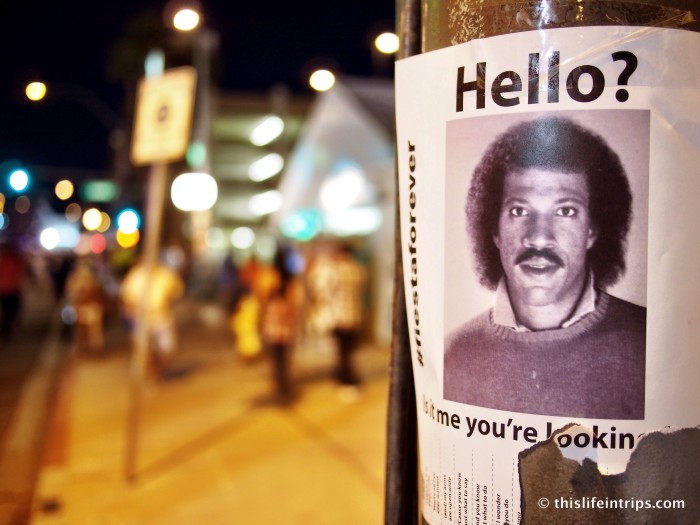 Sticking with the “making your dreams come true” theme of the Life is Beautiful Festival there was a giant dream wall display were people could write down things that they were afraid of as well as goals. An interesting trend on there was traveling and seeing the world. hmmm… 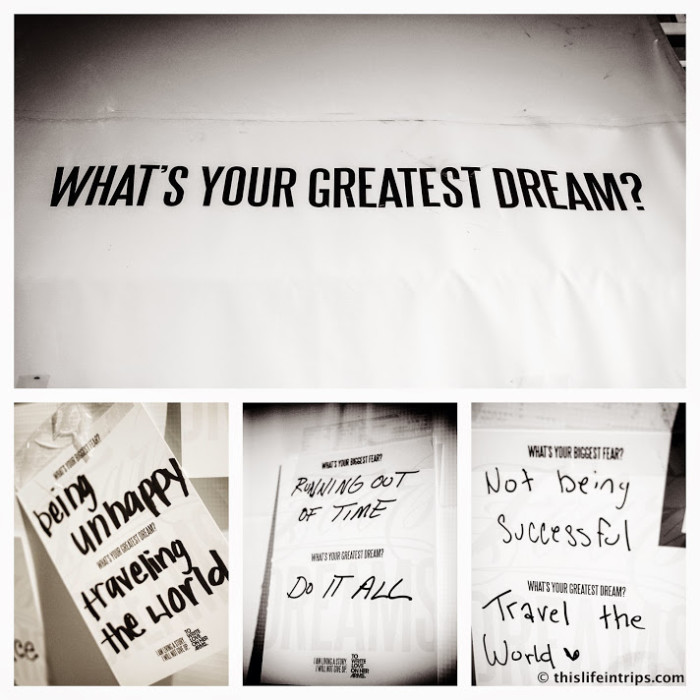 This could go as a positive or negative pending your thoughts on Vegas. Either way you can’t deny that it is a relatively cheap and easy place to get to and there is no shortage of things to do or see beyond the concert. The Life is Beautiful Festival gave me a new appreciation of old Vegas with the cool buildings and casinos in the area. With Fremont Street and the Neon Bone yard Museum nearby, the Life is Beautiful Festival is in a great spot to explore the city from.

You’ve Never Heard of it.

That’s right. I’m being selfish. All of this amazing food, drink, music, and art was mine to enjoy in a super chill and relaxing setting. With it being a new and relatively unknown event, crowds were thin and lines were short. I never had to wait to get a drink or use the bathroom. Not once. The layout of the festival helped tons as well as on some stages you could grab a beer or craft cocktail while still enjoying a band. Unreal and unheard of for me as I have missed complete sets to run to the bathroom or grab a drink at other festivals. This alone made the Life is Beautiful Festival A beautiful thing.

Like the once off-the-beaten-path parts of the world, this luxury of having it to yourself won’t last. The Life is Beautiful Festival truly is a gem and next year is only gong to be better.

Hear me now, thank me later.