Last weekend I had the privilege of attending one of the Pacific Northwest’s up and coming outdoor events, The Squamish Music Fest. Situated below the giant granite rock face known as “The Chief,” this festival has a picturesque backdrop that rivals the Gorge for best band with a view setting in the area. This 3 day festival has all the makings for an awesome time – great food, great venue, and most importantly great music. Although young, the Squamish Music Fest is starting to make some serious noise which is being heard by some of the bigger acts out there. This years hardliners at the Squamish Music Festival included Queens Of the Stone Age, Vampire Weekend, Macklemore & Ryan Lewis and Band of Horses – a huge leap from its mainly Canadian content of the past. This solid lineup mixed with great acts in between on a smaller stage made for a fun time bouncing around the site – with extended stops at the beer gardens of course.

Highs from the Squamish Music Fest

Not-so Childish Gambino – “Community” star Donald Glover‘s side job (no, he is not the son of Danny Glover) was the highlight for many. Although it may seem hard to take such a hilarious individual seriously as a musician his energy, skill, and up beat performance was nothing to laugh at. This is a guy with something to prove and it was well received by all.

Band of Horse by sunset – I’m not sure you could ask for a better setting than Band of Horses mellow tunes and unique vocals while the sun faded behind the surrounding mountains.

Lows of the Squamish Music Fest

Beer Garden Cash less System – This year the festival introduced a state of the art re-loadable wrist band for purchasing alcohol in the beer gardens. What would be thought as a great time (and money) saver was far from it. Lineups to fill the wrist band were long and a service fee of $2.50 was being charged each time you added money. This led to 2 things: Strategically filling card to precisely x amount of drinks, and no tips for the hardworking staff.

Gourmet Burger Food Truck – This was my bad. I ate there strictly because it had the shortest lineup. I quickly found out why.

News has recently come out that next year’s festival will expand to accommodate 35,000 per day making it a true competitor with established events in the area like Bumbershoot and Sasquatch. This expansion is sure to attract even bigger acts and means even more exposure for up and coming local and Canadian bands. I look forward to the release of the 2014 lineup. 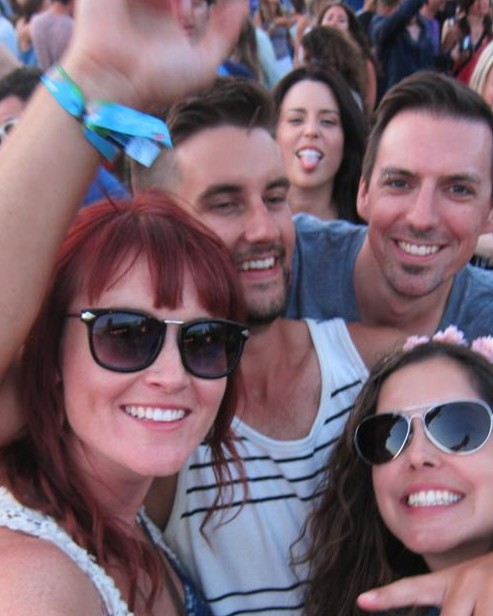 Much thanks to Daniel Lyon and Lincoln Hui for contributing some great shots of the Squamish music fest!