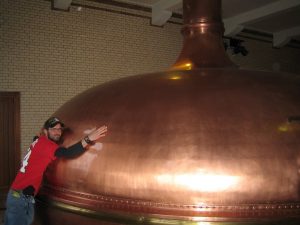 Well, what can I say. Everything you would expect and more. Disneyland for adults. sex, drugs, and rock and roll. Of course Jon and I behaved our selves. We stuck to the sight seeing…and what sights they were. From the large lady’s in the red lit windows of the Red light district to the hazy coffee shops, it was very interesting.

We did hit the tourist sights such as the Van Gogh museum. Im not one for art but for some reason really like Van Gogh’s work. Probably because it is real life and not a mixture of odd shapes. I was disappointed that my 2 favorite pieces were not there but was cool to see others. 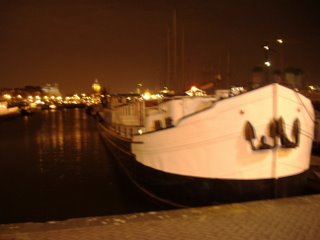 We also hit the Heineken Brewery and I have to say it was very disappointing. Jon had gone on his last tour and said it was a guided tour like the one we had done in Munich. Now it is more like an amusement park complete with cheesy rides. Good beer though.

On a more serious side of sight seeing, Jon and I went to the Ann Frank house. I think this a must for anyone, especially those who have gone to the concentration camps. It puts a face and story to those people in camps. Very chilling and real.

We ended our tour of the city by meeting up with a girl we had met in Turin. She is studying just south of Amsterdam and came to the city with some friends, all Canadians. Ended up out till 5:00 am, and again were hurting for our train ride. Was a lot of fun though and was nice to be in the company of Canadians again. 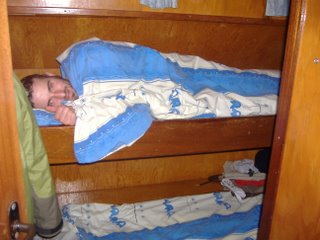 Here are some pics of our accommodation in Amsterdam:

We had a hard time booking a place and ended up staying on a boat. Very small but cozy and slept well…yarrr.