At first glance, my travels seem to consist of eating, drinking, and staying in some really cool hotels. Although this theme was consistent this past year, I did get to do some wonderfully personal things. Nothing as interesting as tracing routes in Hungary. After finishing up my European road trip with Auto Europe Car Rentals, we headed to Budapest to meet up with Erin’s parents. This was her father’s first visit to his father’s home country and it became our mission to find out where his family came from. Turns out tracing roots in Hungary isn’t as hard as it sounds, as long as you have a little (lot) help.

Originally, we were going to hop in a rental car and head to Erin’s grandfather’s hometown on our own. Armed with only a birth certificate, a handful of old photos, and zero knowledge of the Hungarian language, we realized this would be a tough go. With that in mind, we reached out to a few tour operators and finally landed on My Personal Budapest. Tour guide András was excited to help out as it was something he was personally interested in. It was also something different from the day-to-day tours of the city so I’m sure that helped. Regardless of the motivation, we were sure glad to have the help. Small town Hungary is tough to navigate on your own. 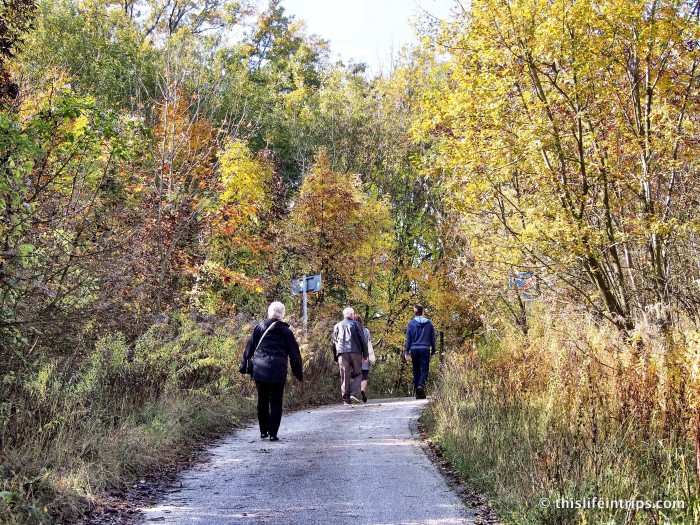 Located about 100 KM southwest from Budapest is the tiny town of Mor. It was here that Erin’s great-grandfather grew up and eventually moved his family to Canada from. With a population of under 15,000, Mor is a sleepy farming town where Erin’s great grandfather made wine. As we chatted with the records office at City Hall, turns out everyone in Mor made wine. This gave us little to go on but thankfully the staff in the office were excited to help.


András explained the story and shared the pictures of the childhood home Erin’s grandfather grew up in. This photo got passed around for 25 minutes as everyone thought they knew the location. With the use of Google Street view, we had some luck and headed out. Then we passed the elementary school that matched an old report card John had of his fathers. “Should we go in?” 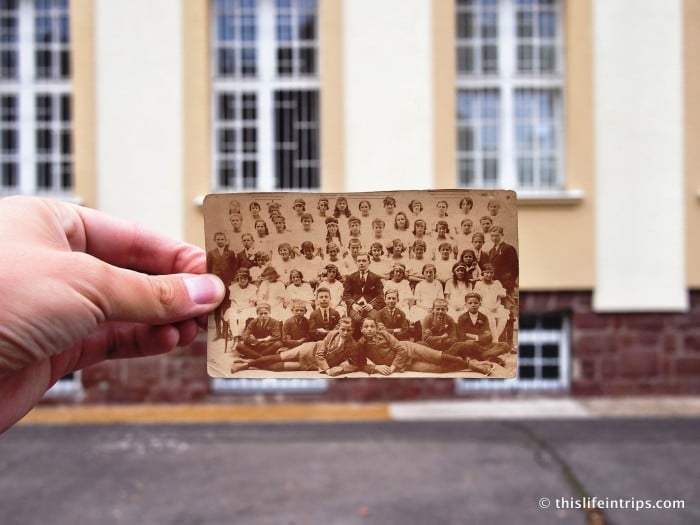 It didn’t take long for someone to question why we were snooping around an elementary school. Once again, when András explained why we were there the teacher’s aid was quick to offer help. She called the principal who gave us a rundown on the oldest school in town and where John’s father spent some time. So cool.

Our time tracing routes in Hungary continued with locating the childhood home of John’s father…we think. Although it was hard to confirm 100%, I think we nailed it. 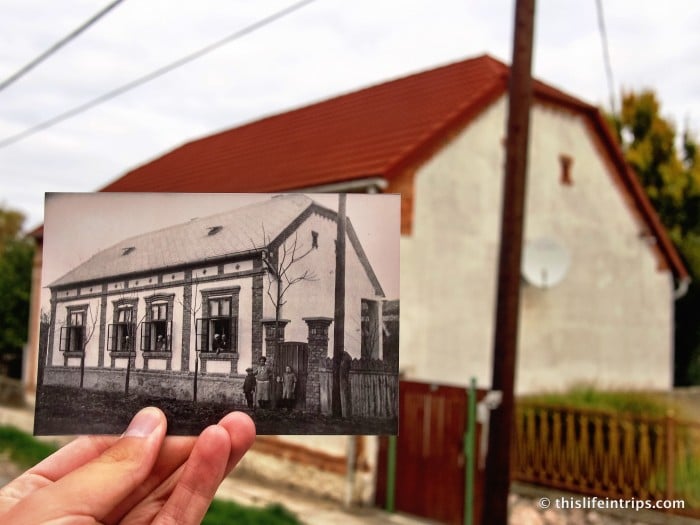 While at City Hall, one of the workers put András in contact with a local who has a passion for tracing roots in Hungary. This chance meeting turned into the biggest break information wise. We were invited into Herman’s home and given a stack of documents he prepared. As András translated, we found that the earliest documentation of the Pongracz name in Hungary dated back to the early 1700s and that the name is not Hungarian but from a German tribe who moved south once the Ottomans left. This tribe originated in Bavaria and Austria, so suddenly the Pongracz’s love of beer made a lot of sense. 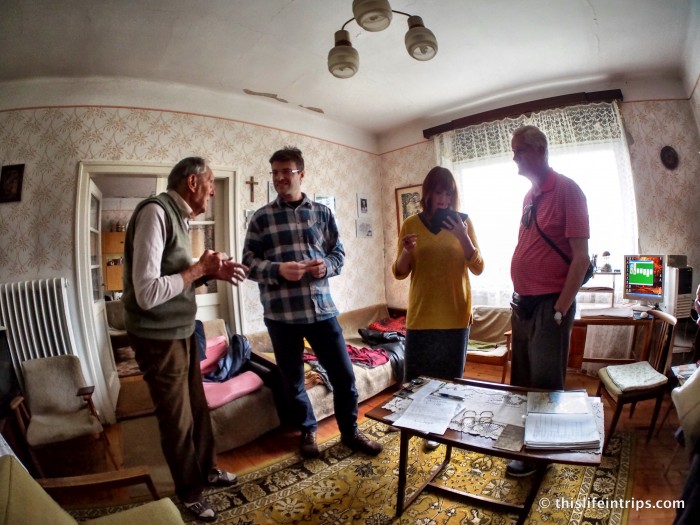 Herman then took us for a walk around his hometown, explaining the tough times his family and other locals went through during Soviet occupation. Although John’s grandfather left in between the wars, it proved to be a good choice as the city (and Hungary) had a tough go.

Where are you from?

This day of tracing roots in Hungary obviously made me think of my own heritage and where I come from, a question I never put a lot of thought into until now. One thing I do know is if I go down that path I will be hiring a local guide to help interpret the way. András and My Personal Budapest proved to be worth the cost in time and frustration saved alone.


Pin it for Later! 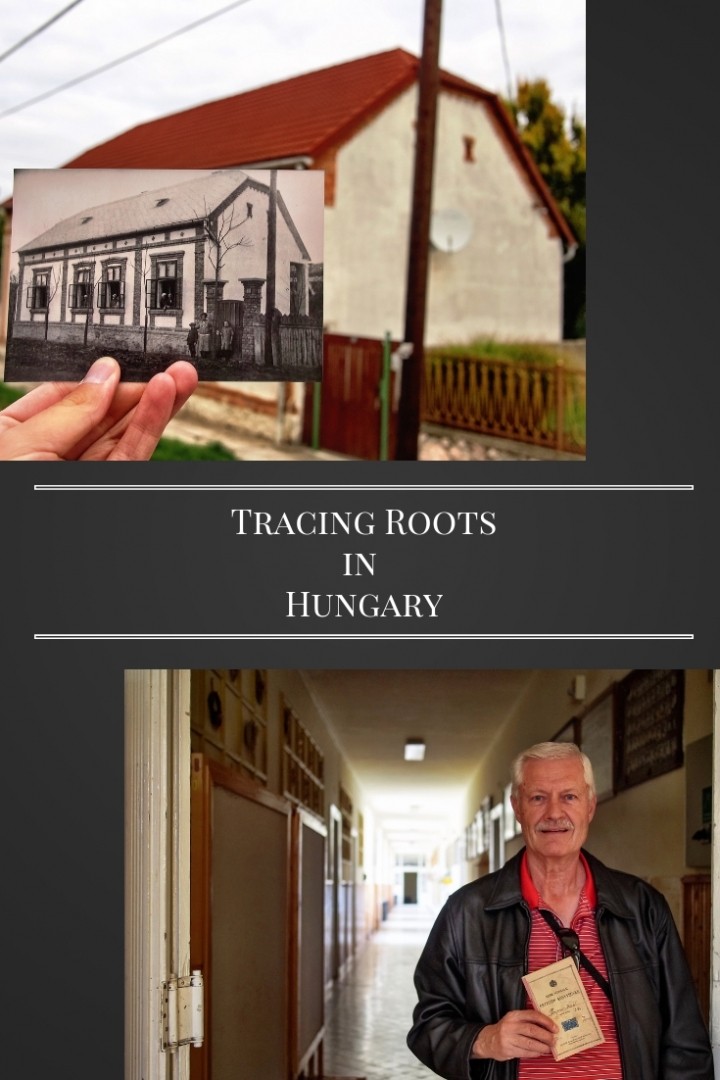 What say you?
Thoughts on Tracing Roots in Hungary?
Let’s hear it!