The first stop (and one of my favorites) on my Viking Cruise Rhine Getaway was about as Dutch as it gets – windmills and dykes. More specifically, a walk around the Kinderdijk Windmills. This, ironically, was the first time I’ve visited anywhere in the Netherlands beyond Amsterdam. Even though it was raining sideways during my visit, this UNESCO world heritage site was a fascinating window into life outside of Amsterdam. It was also hella scenic.

So grab your clogs and come along on this walk around the Kinderdijk Windmills. If you are like me, you will also learn a thing or two along the way.

Windmills in the Netherlands are kind of a big deal. So much so that the country celebrates National Windmill Day in mid-May. Windmills have played an integral role in Dutch life for hundreds of years. There was once over 10,000 windmills throughout the country milling grains or, as I found on my walk around the Kinderdik, keeping farmland dry by regulating waterways.

Cat and the Cradle

Here’s a fun fact – “The Cat and the Cradle” story originated from the Kinderdijk Windmills. The name Kinderdijk translates to “Children dike” and came to be in 1421 during a flood.

It is said that when the terrible storm had subsided, someone went on to the dike between these two areas, to see what could be saved. In the distance, he saw a wooden cradle floating on the waters. As it came nearer, some movement was detected. A cat was seen in the cradle trying to keep it in balance by jumping back and forth so that no water could get into it. As the cradle eventually came close enough to the dike for a bystander to pick up the cradle, he saw that a baby was quietly sleeping inside it, nice and dry. The cat had kept the cradle balanced and afloat. This folktale and legend has been published as “The Cat and the Cradle” in English.[1]

This photo walk around the Kinderjik Windmills also included stops at the information centre as well as a peek inside one of the Windmills itself. Both include great displays and information on the life of those living and working in and around the Kinderjik Windmills. The latter takes visitors through the life of a family who used to live inside one of the still-operating windmills. Worth a visit and a definite highlight of my Rhine Getaway with Viking Cruises.

Compare prices on flights to your Viking Cruise Port with Skyscanner

Walk Around The Kinderdijk Windmills Good to Know

Cost: € 6,75 with 10% online booking discount
Do: Rent a bike if you are lucky enough to visit in the warmer months!
Don’t Miss: a peek inside one of the windmills, film in the visitors center.

What say you?
Thoughts on this photo walk Around The Kinderdijk Windmills?
Let’s hear it!

PIN ME FOR LATER! 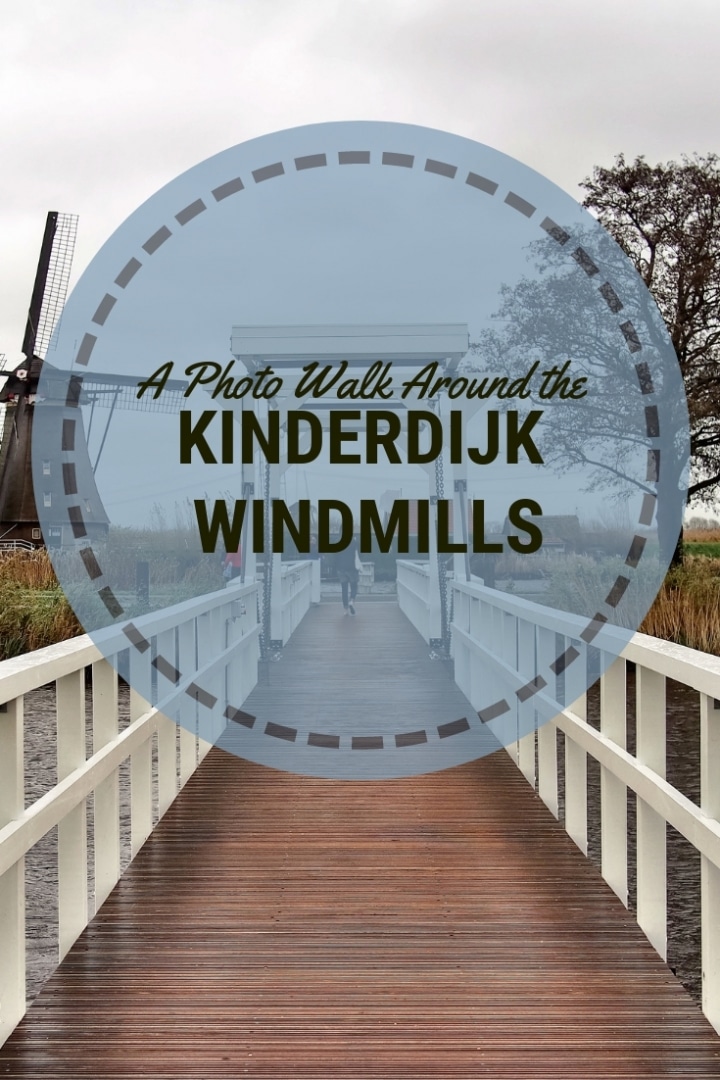 Although I was provided a complimentary walk around the Kinderdijk Windmills thanks to Viking River Cruises,
the experience, opinions, and windmill discovery was my own.