We left Chaka Camp before sunrise in order to maximize our time in the crater. After stopping for an early morning photo we made our way to the crest. There we made the incredible journey down to the crater floor. It was unreal. 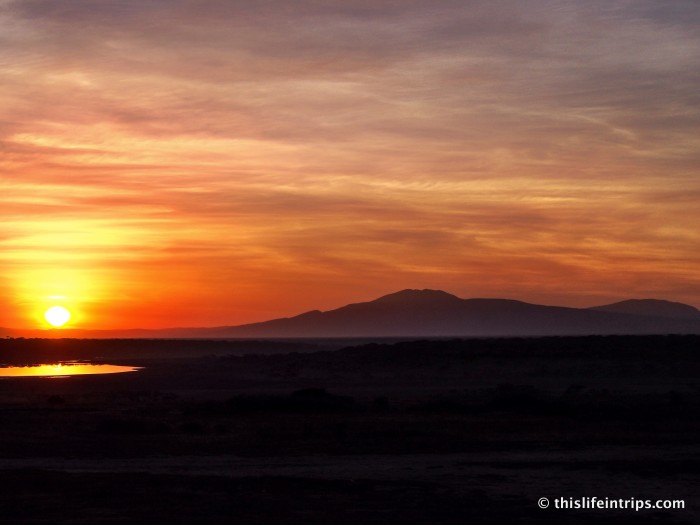 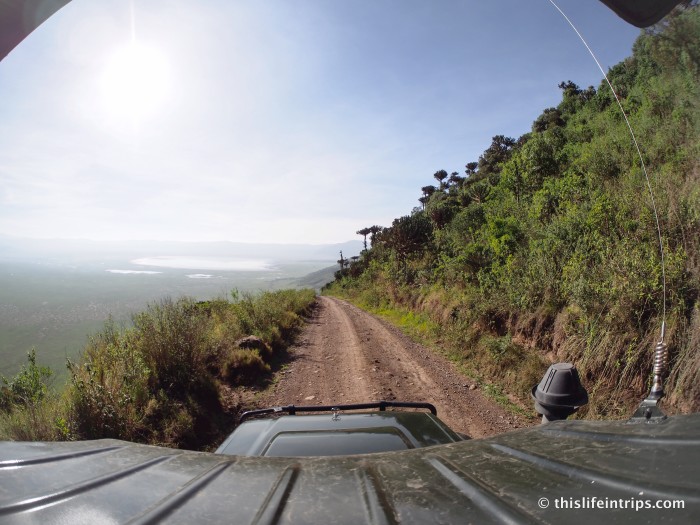 Inside the crater I couldn’t help but feel like I was transported back in time. Aside from the roads (which vehicles must stay on) you are surrounded by prehistoric nature. Maybe it felt that way because of the crater walls as the 360 degrees of awesome. The crater, a UNESCO World Heritage Site,  was formed 3 million years ago when a massive volcano erupted, blowing its top way off. How massive of a volcano was it? The crater floor left behind is over 250 square kilometres. Whoa. 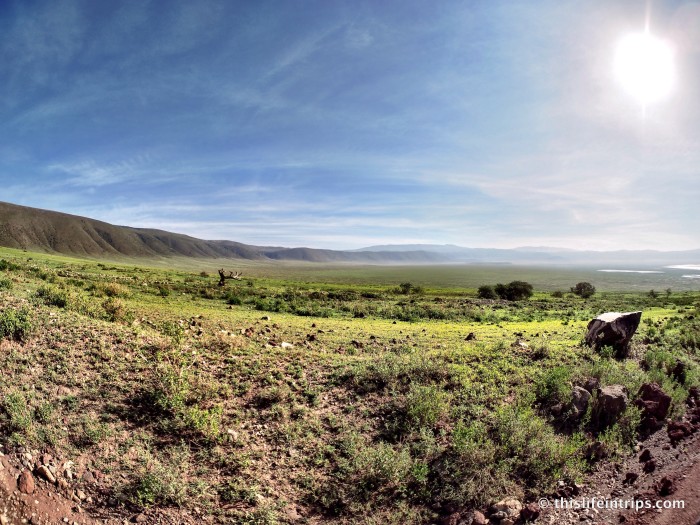 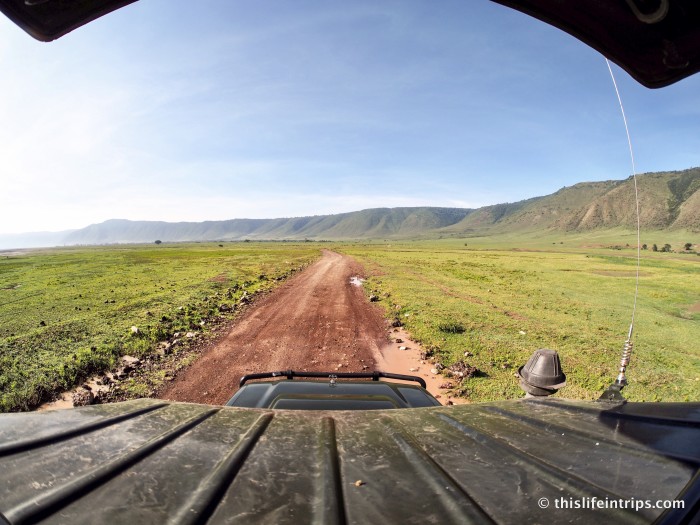 We began hunting rhino in Ngorongoro by following the roads along the crater walls. As we drove along we noticed that the crater includes so many diverse ecosystem within. There is a lush jungle where baboons play and elephants feed, a marsh where birds rest and hippos cool off, a desert plain where antelope and wildebeest can spot predators miles away, and a lake where all the animals can get a drink. This amazing collection of ecosystems is why there is such a high concentration of animals in one place, just no rhino’s evidently. 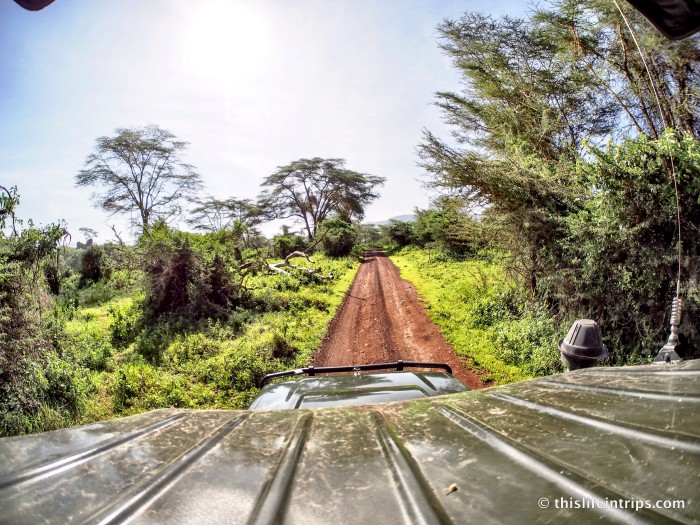 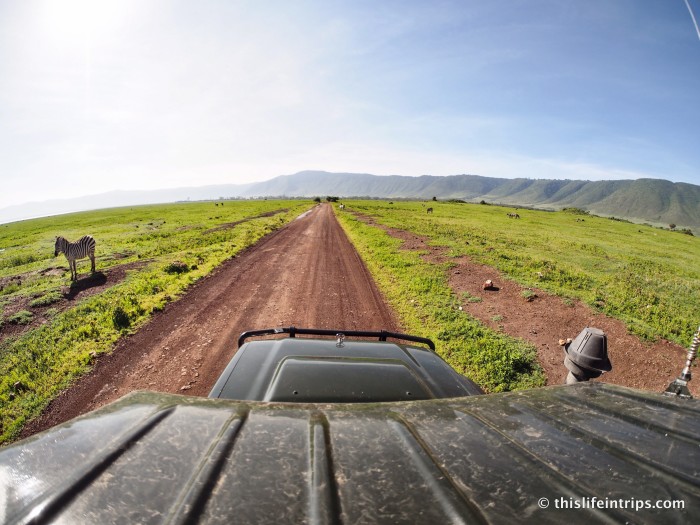 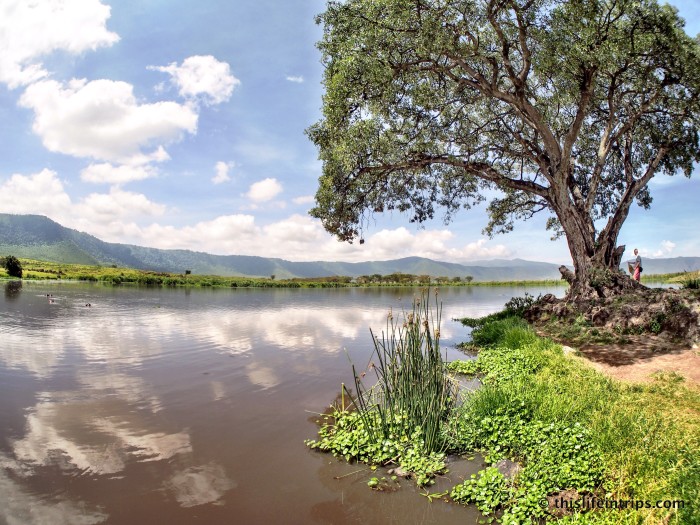 We put our hunting for rhino in Ngorongoro quest aside and enjoyed a break next to a hippo pool before watching a showdown between a water buffalo and a lioness. The crater is wild and everything I wanted it to be. Hunting rhino in Ngorongoro aside, it is more than worth the trip, and don’t people know it. The crater is a popular spot, which meant fighting with other land cruisers to see an animal. On the flip side the animals in the crater are used to the traffic meaning you can get very close. Very. 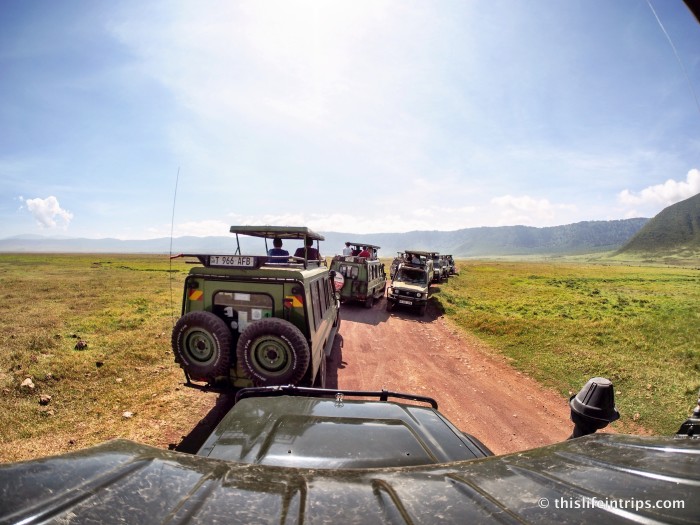 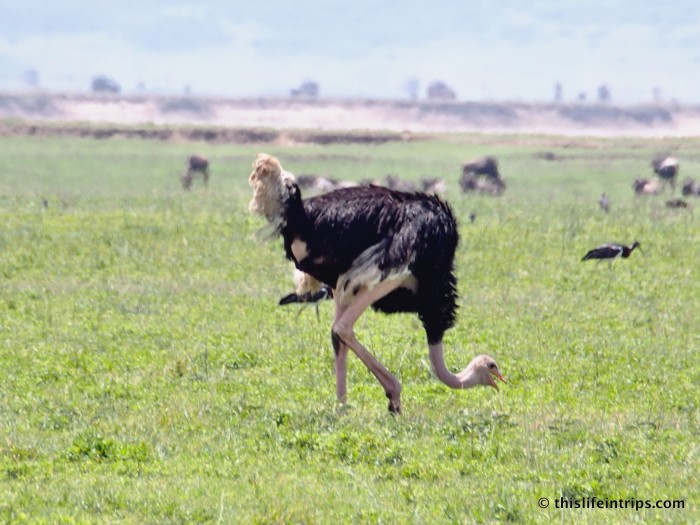 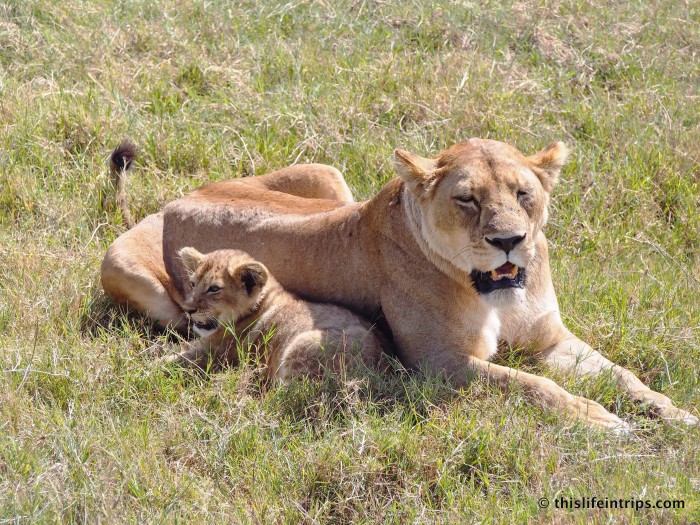 As our time in the crater was coming to an end so was our hunting for rhino in Ngorongoro expedition. Slightly dejected, but not really, (the place is AMAZING) we crossed the large plain in the middle where I spotted something grey in the distance. To the naked eye it appeared to be a large rock but to my telephoto lens it proved to be otherwise. 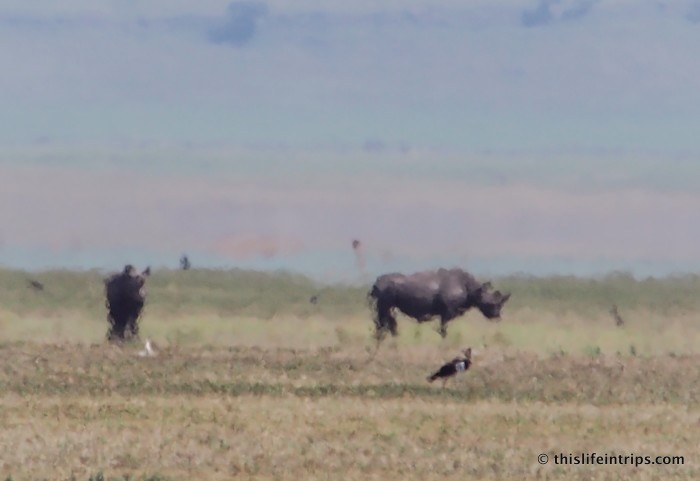 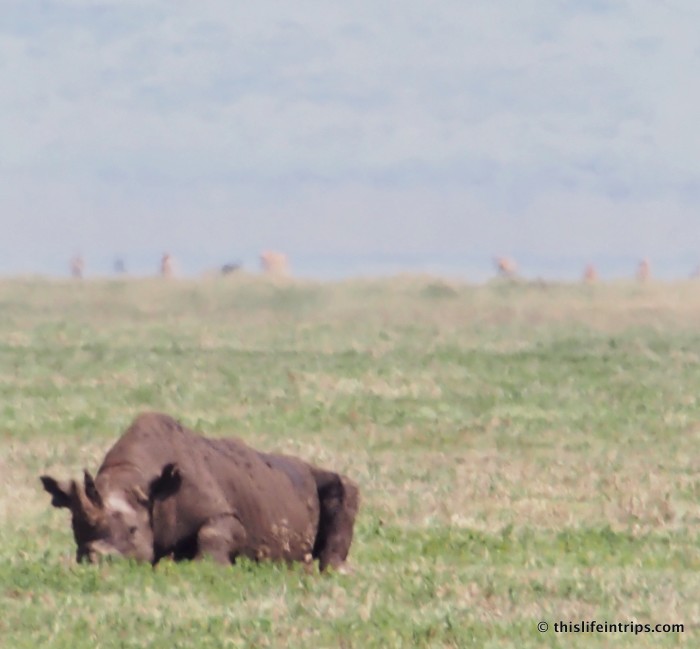 It is also another tick off my bucket list. Ok, so I did go with some expectations. 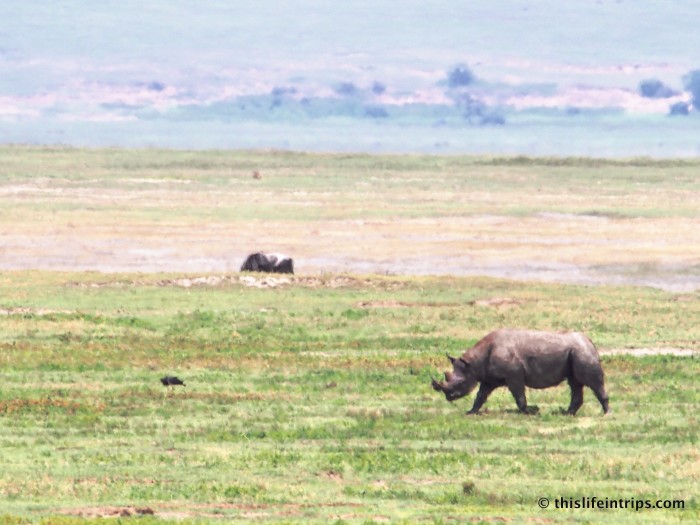 What say you?
Have thoughts on hunting rhino in Ngorongoro?
Of course you do. Let me have it!

For more posts from Africa and beyond see HERE.

Hunting rhino in Ngorongoro was made possible by Duma Explorer. Although my time with Duma Explorer was discounted, the experience, opinions, and rhino hunting is my own.