After what felt like a week of travel we arrived in Arusha. We had just spent 3 relaxing days in our sleepy banda at Kizingo Lodge on the Island of Lamu in northern Kenya and already felt drained. Travel will do that. Ironic as Chaka Camp, our Tanzania Safari home, was located just across the border from the Maasai Mara and the Encounter Mara camp where we had started our African adventure. Never-the-less the roundabout journey to get there paid off in spades as the camp and animal encounters found in Tanzania is incredible.

Our long journey into Tanzania was capped off with a relaxing night at the River Trees lodge. This jungle oasis offers guests a retreat before or after going on safari or climbing Kilimanjaro. Sadly we didn’t have enough time to explorer its garden paths or forests walks as our drive to Chaka Camp began bright and early the next day.

Our guide Hashim collected us and we were off. Although Chaka Camp is located in the Ngorongoro Crater park it is tucked away by lake Ndutu which hugs the borders of the Serengeti. This made for a 6-hour plus drive from Arusha but at least it was a scenic one. We drove past Maasai villages and stopped at a Massai market before reaching the crater walls of Ngorongoro. We only stopped for a peak as we were to visit the crater later that week. This stop only made me more excited for that visit. 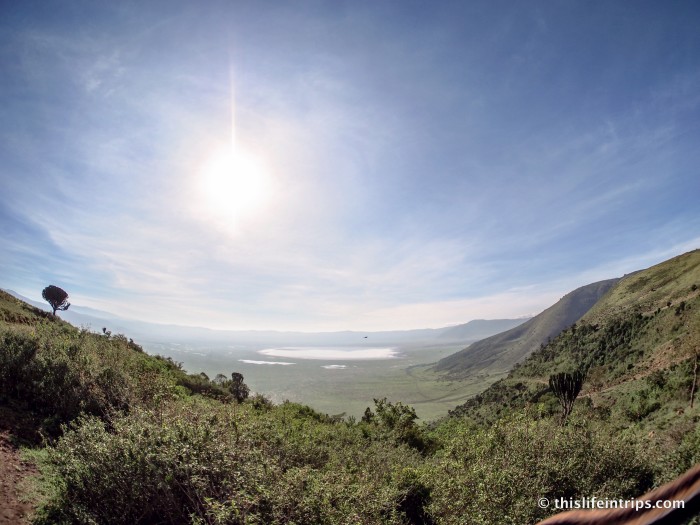 After a long and bumpy dirt road, an African massage chair as our guide put it, and past about 1000 animals, we arrived at Chaka Camp. Friendly staff greeted us and showed us our spacious tent, which of course was awesome. 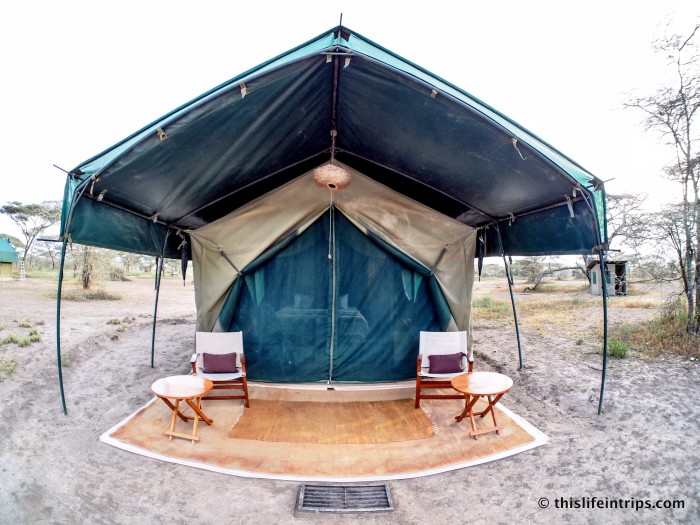 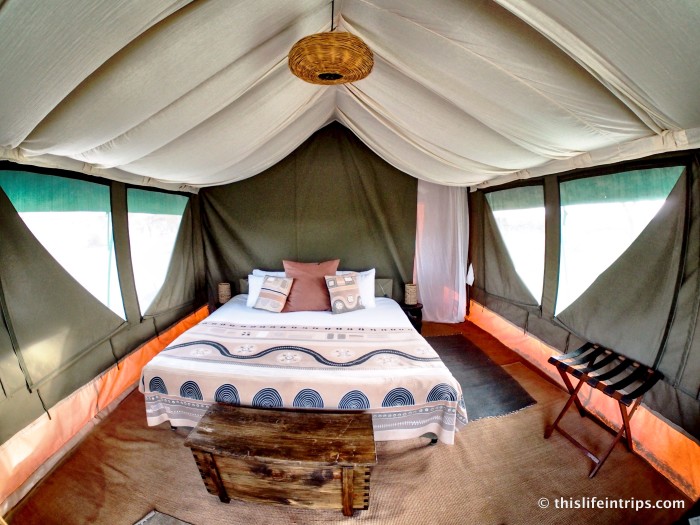 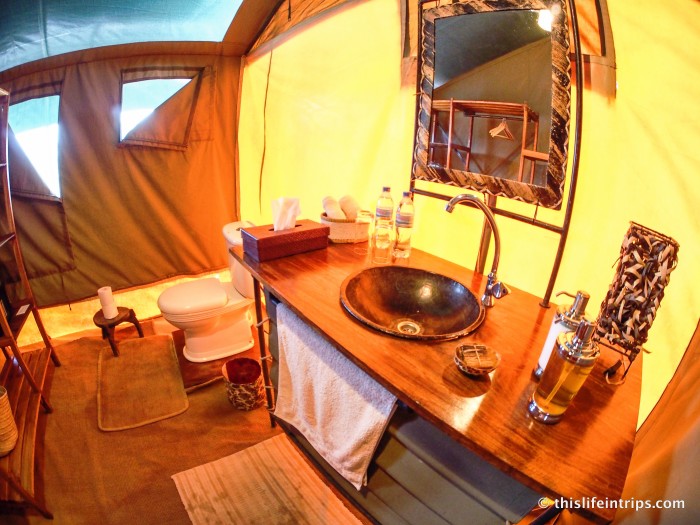 After my 1st safari experience, I had come to expect the spoils of running water, bush showers, and cosy beds. What I hadn’t expected was all this from a tent camp that was not permanent. With the changing season and migration patterns Chaka camp switches locations. A pretty amazing feat as the setup is very impressive.

The dinner and lounge tent at Chaka Camp is even more impressive than the rooms. Full-size couches, a bar, and dinner settings await guests after a day of game drives. Even more impressive is the food. Good God the food. 3-course meals that always featured a delicious homemade soup kept us satisfied. Again, how do they create such awesomeness in the middle of nowhere? 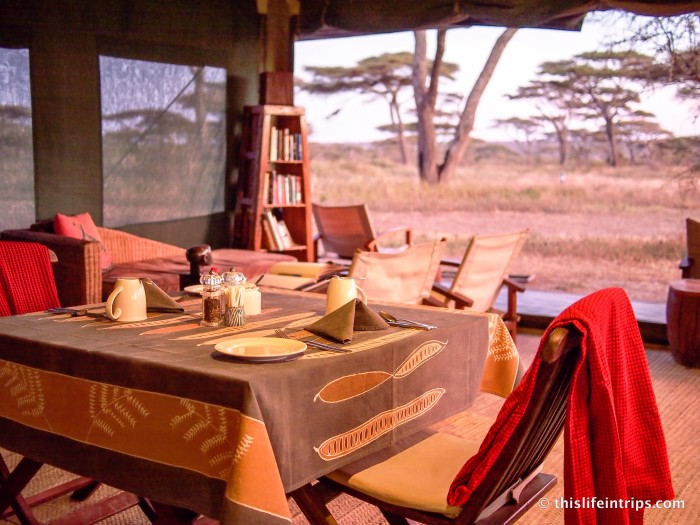 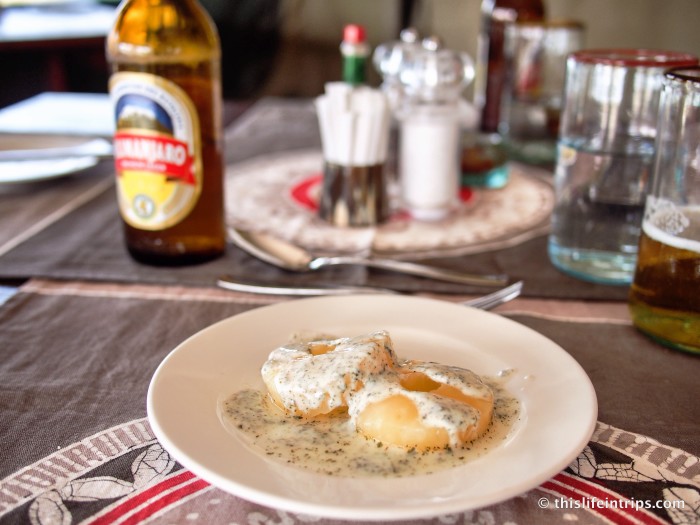 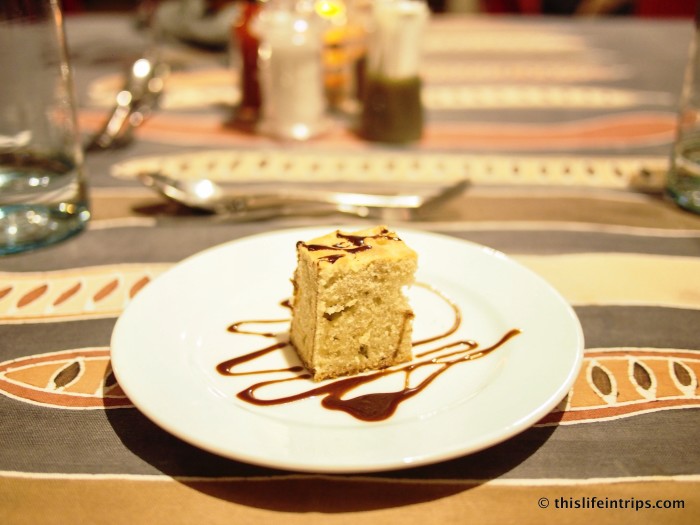 With Chaka Camp’s portability, they are able to move to where the animals are. This became shockingly clear during our game drives as we saw so many animals do so many animal things! Cheetah cubs playing with their mother, lions relaxing after a meal, giraffes knecking, and a heard of elephants gathering around a tiny watering hole were highlights from our lazy drives in Ndutu. 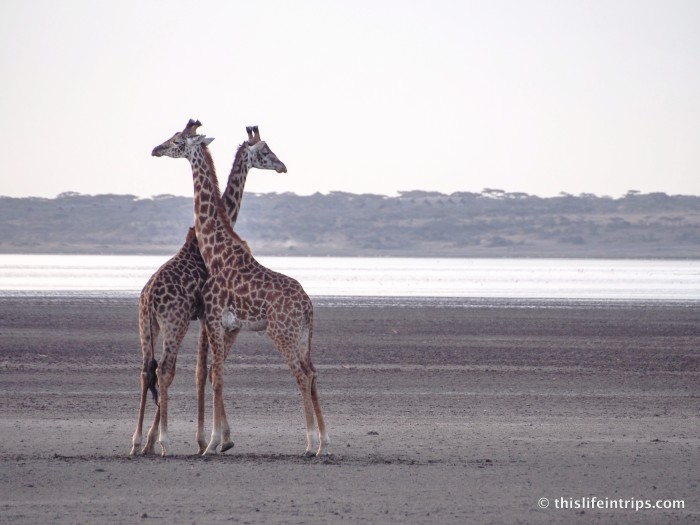 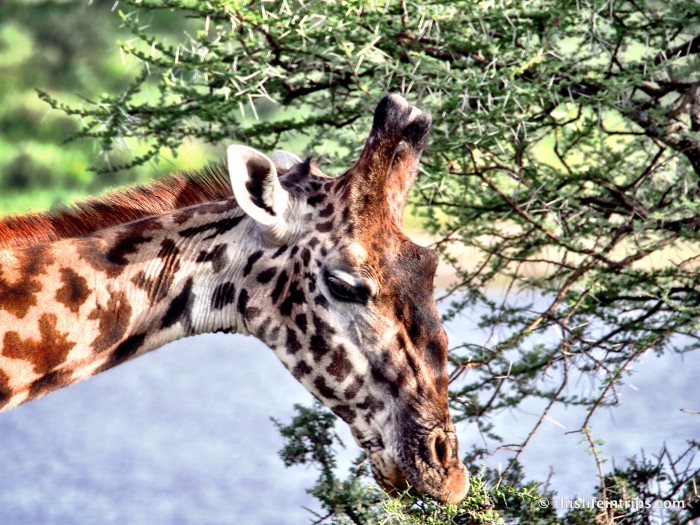 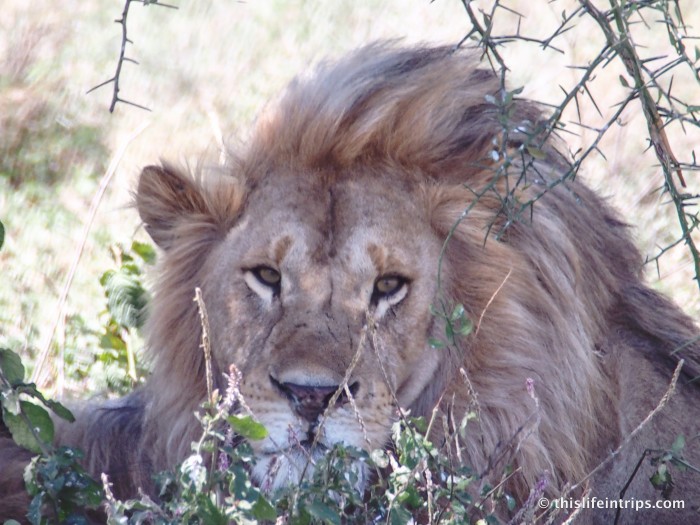 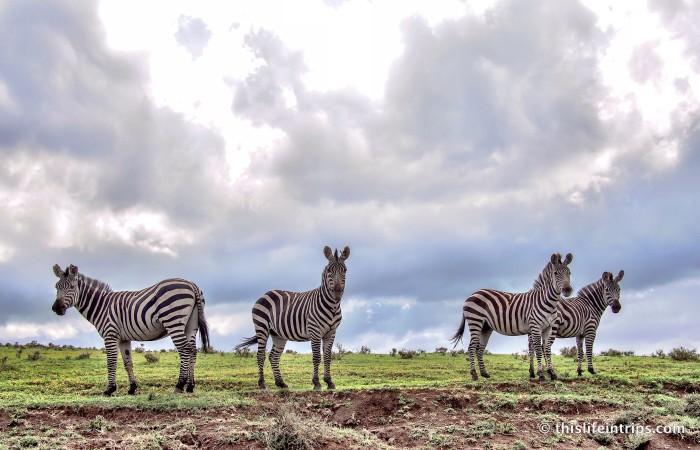 The number of animals was insane. We had seen all the same species while in the Massai Mara but not in these kinds of numbers. Of course with that also comes increased tourists but it is understandable and was clear why so many people choose Tanzania as their safari destination. 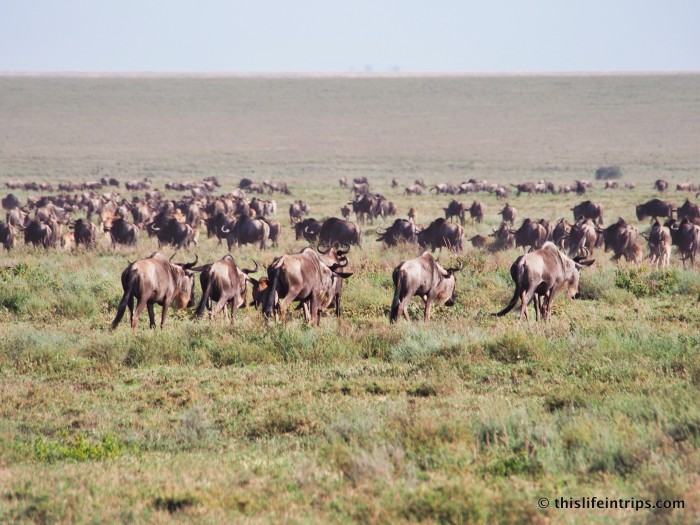 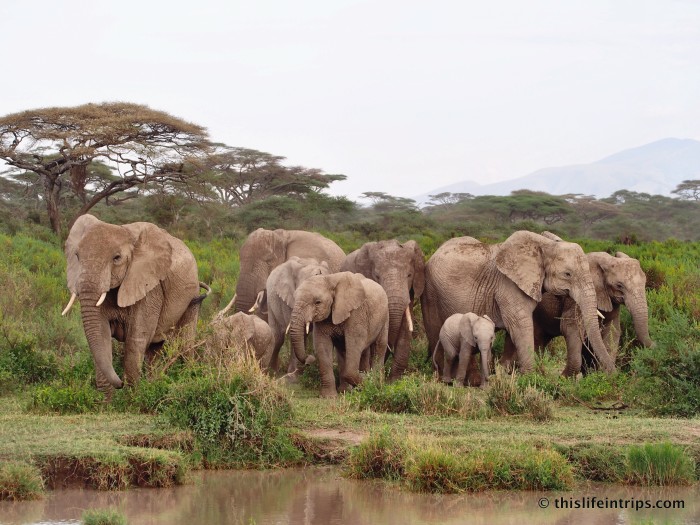 What set Chaka Camp apart for me were the little extras that went along way. There were cold towels meeting us after our dusty drives and hot water bottles in our beds before retiring to them. The staff was beyond friendly and even entertaining. They caught wind of a guest’s birthday and proceeded with a surprise celebration that included cake (made in the middle of nowhere) and a singing procession that lasted 5 minutes. The best part is, it was totally unprovoked. 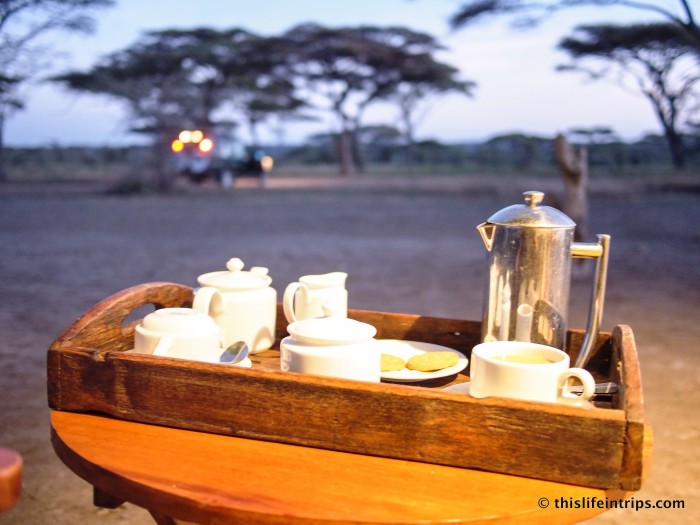 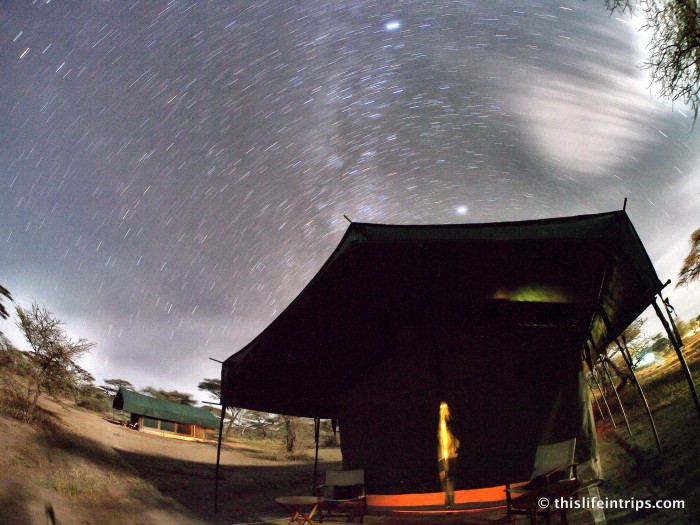 For its friendly staff, incredible setup, and mobile locations I would happily return to Chaka Camp. Those looking for a visit to the Ngorongoro Crater or want to see the Serengeti wildebeest migration would be more than happy with Chaka Camp.


What say you?
Have thoughts on the awesome Chaka Camp?
Let’s hear it!

Although I was provided a discounted stay at Chaka Camp,
the experience, opinions, and animal encounters are my own.