It didn’t take me long to come to the conclusion that Wellington is, indeed, cool. While researching why it’s known as the Capital of Cool, I noticed a trend in the food found there. With an emphasis on fresh, local, and unique, Wellington eats are a big part of what makes the city so great. To get a better sense of why, I spent a tasty afternoon on a Zest Food Tour, a Wellington walking tour dedicated to this trend.

Our Zest Food Tour started like any day should, with a great cup of coffee. This, by North American standard at least, it was not your average cup of Joe. At Mojo Coffee we were given a behind-the-scenes look at coffee roasting – something I found truly fascinating. Makes sense as I have enjoyed craft beer tours around the globe. Why not a lesson in coffee? 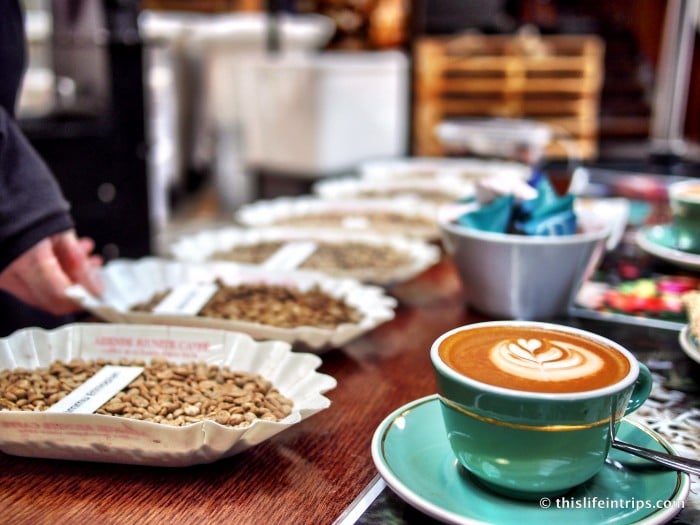 What really stuck out at this stop was the use of ethically sourced beans. “You won’t find a great coffee in New Zealand for less than $4, and you shouldn’t be able to anywhere.” said our Mojo coffee-roasting host. Picking coffee beans, as I found on this this food tour stop, is hard work. From backbreaking manual labor to shipping to distribution to roasting to barista means a lot of people to pay along the way. “When you pay one dollar for a cup of coffee, how much do you think the farmer gets?” Great question. This is something, admittedly, I have not really thought about. Wellingtonians, on the other hand, get it. This appreciation of where your food comes from instantly sets a higher standard. Later in the day at the Wellington Chocolate Factory we found much of the same. Harvesting cocoa beans is a lot of work. Think about that the next time you pay 99 cents for a candy bar. This wasn’t the case here as their simple and delicious bars start around $12 NZD. Craft beer bar though…

Craft All the Things

From craft coffee roasters and chocolatiers, this Zest Food Tour continued on to other small shops doing big things. At Gelissimo, owner Graham, a former IT drone like me, served us some creative gelato. With fresh, simple, and whole ingredients this Wellington local makes a mean ice cream in some interesting flavours. Some favourites of mine were PB&J, Hokey, and Passionfruit.

Then there was Fix and Fogg, a craft peanut butter maker located off hip Leeds Street. We tapped on the window for a tasting. With flavours like dark chocolate and smoke and fire, this Wellington business is quickly outgrowing its stairwell location. Something that the owners, former lawyers, are OK with. 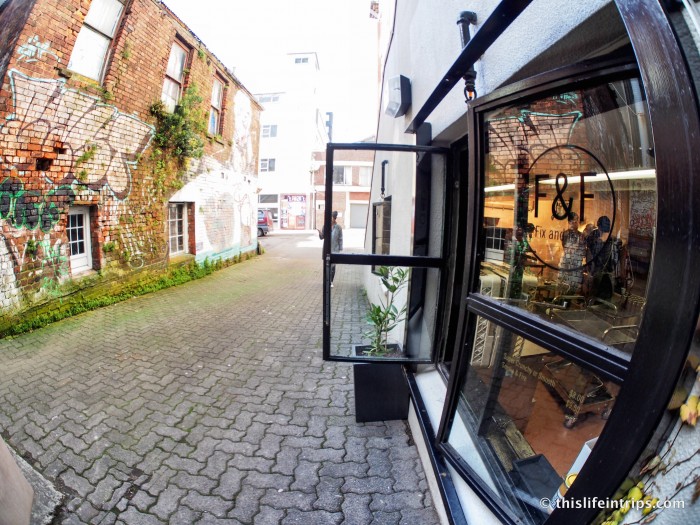 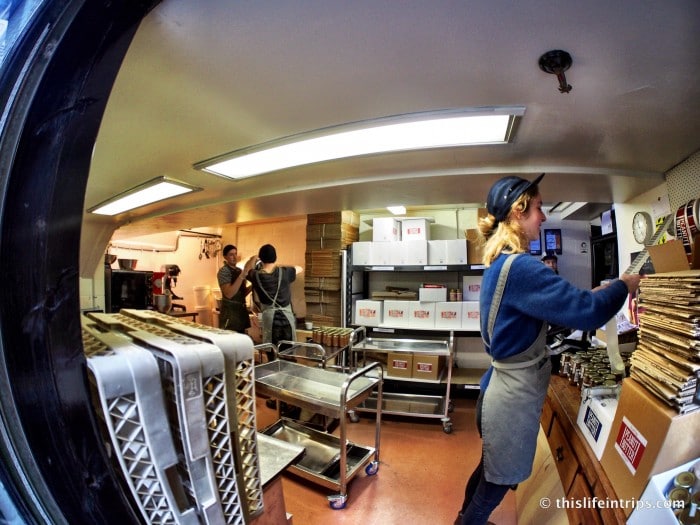 Then there is craft beer, which is becoming a worldwide association with hip. The difference here in Wellington is they have been pushing craft beer for years. The rising popularity has allowed for places like the Garage Project to take off. 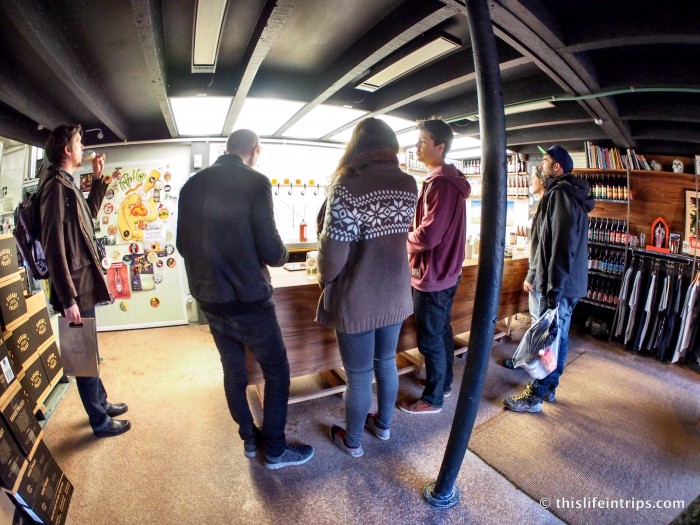 This Zest Food Tour was quick to point out Wellingtons appreciation and appetite for locally produced products and ones made with the well-being of all involved. A stop at Moore Wilson’s (Think whole foods minus the pretentiousness and inflated prices) showed that this love and appreciation doesn’t stop at the restaurant. From fresh seafood to local cheeses, Moore Wilson’s is a foodie Mecca. But then again, I was starting to see that being a foodie in Wellington was just being from Wellington. 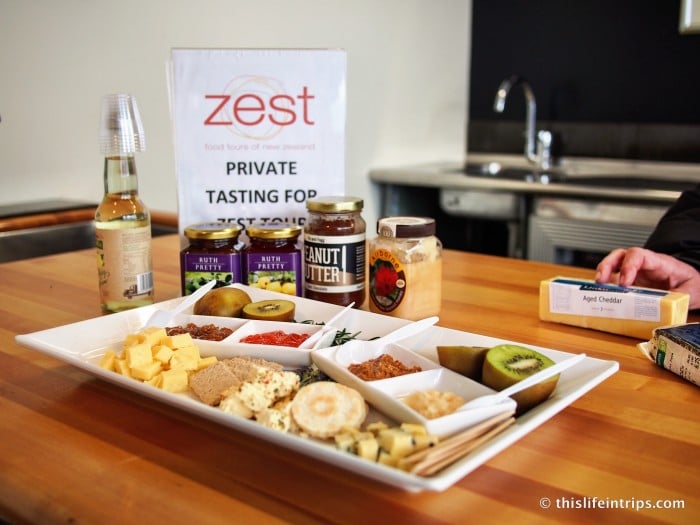 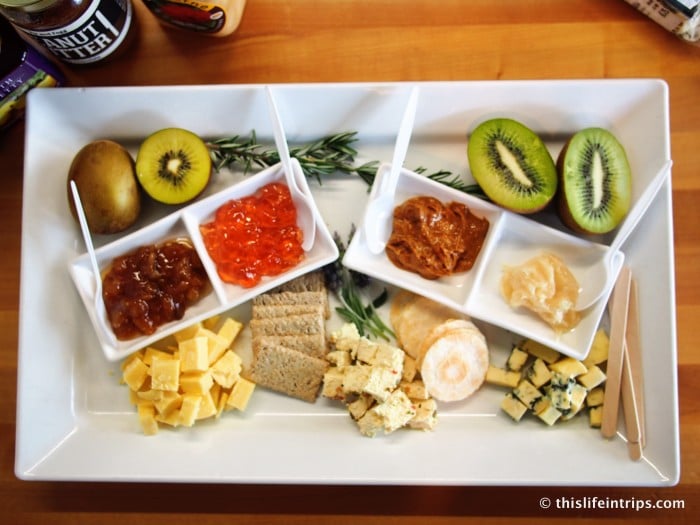 This day touring Wellington with Zest Food Tour was about food first, but did leave me with a lot about the city as well. Beyond understanding why food is tops in New Zealand, Zest Food Tour gave me a sense of what that tastes like. We could all learn a thing or two from Wellington.

What say you?
Thoughts on my day with Zest Food Tour in Wellington?
Let’s hear it!

For more reviews from New Zealand and beyond see HERE. 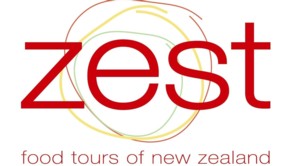 Although I was provided a complimentary day tasting New Zealand with Zest Food Tour,
the experience, opinions and ethical choices are my own.

So how does this Zest Food Tour rank?