Although not the most fun way to start my Viking River Cruise down the Danube, touring Nuremberg’s Nazi past was the stop I was most looking forward to. It truly is an important place that shaped our world today, one that everyone should visit in an effort to not make the same mistakes from not-so-long ago.

Before my day touring Nuremberg’s Nazi past I knew it was where the Nuremberg trials took place – ultimately convicting the highest ranking Nazi’s after World War II. What I didn’t realize is Nuremberg’s Nazi past goes much deeper. Nuremberg was the breeding grounds for the rise of Hitler’s Nazi party between 1933 and 1938. During that time several rally parties, military demonstrations, speeches, and, Nazi piss ups were held. So why Nuremberg? The city was selected for several key reasons. One, it is located in central Germany. Pairing that with it’s established railroad infrastructure at the time made it accessible to the masses. Local police were also supporters making for less conflict up front.

My day touring Nuremberg’s Nazi past started at the Zeppelin Field. It was on these grounds that held the bulk of the Nazi rally parties and where Hitler spewed his hate. On this date, to my surprise, it was holding a local car race. 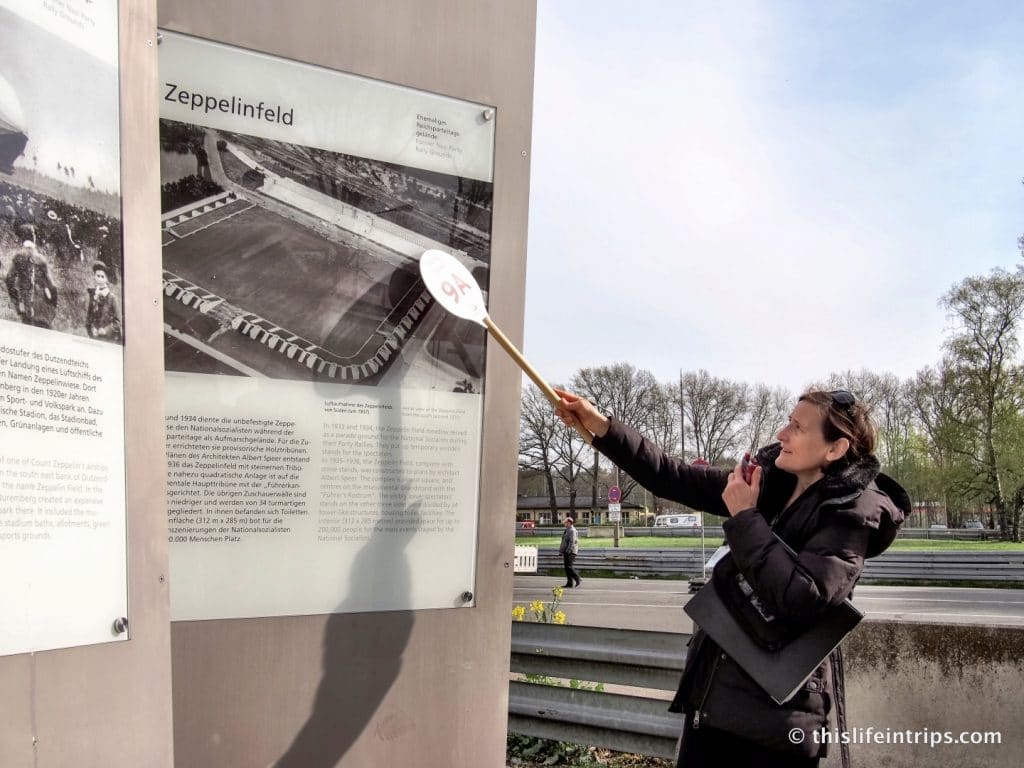 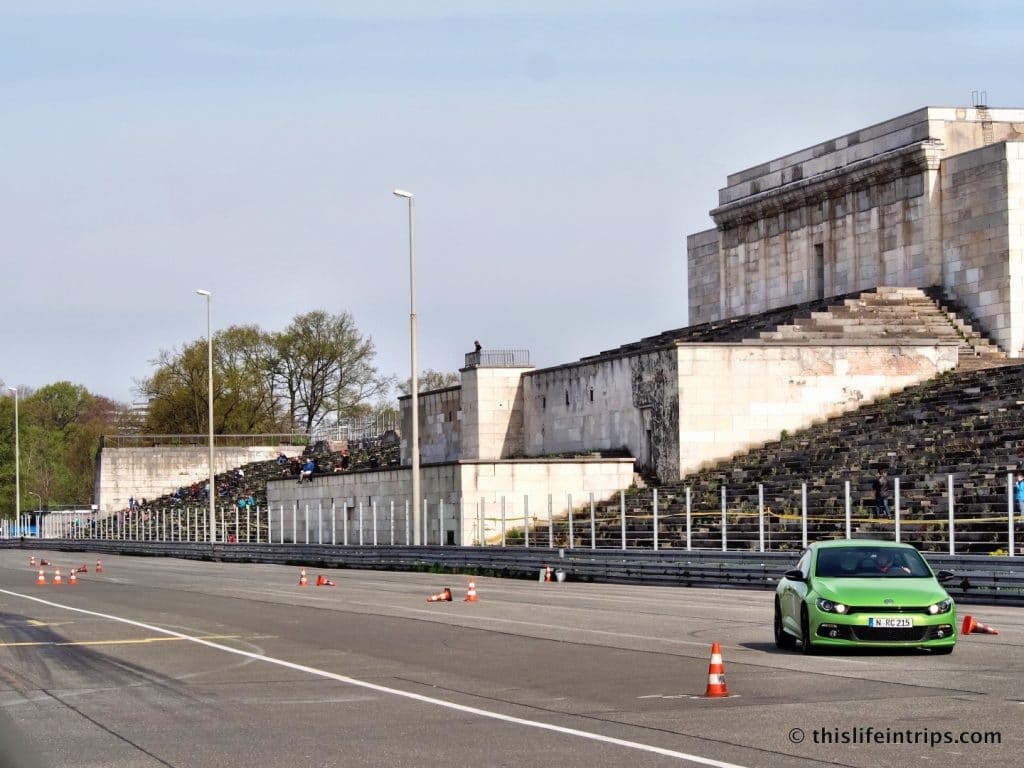 I was shocked. How could a place that was used to recruit and spread pure evil be anything more than a reminder of what has happened? Life goes on I suppose, and the city does acknowledge Nurembergs Nazi past in several locations.

Left in ruins and a stark reminder of Nuremberg’s Nazi past that you cannot miss is the massive Congress Hall. This was to be Hitler’s grand stage where he would conduct one speech year – a true testament to his megalomaniac demeanour. Thankfully, it was never completed. Today the coliseum-like building sits vacant with the Documentation Center attached to its north wing –a permanent exhibit on the Nazi parties rise and fall. 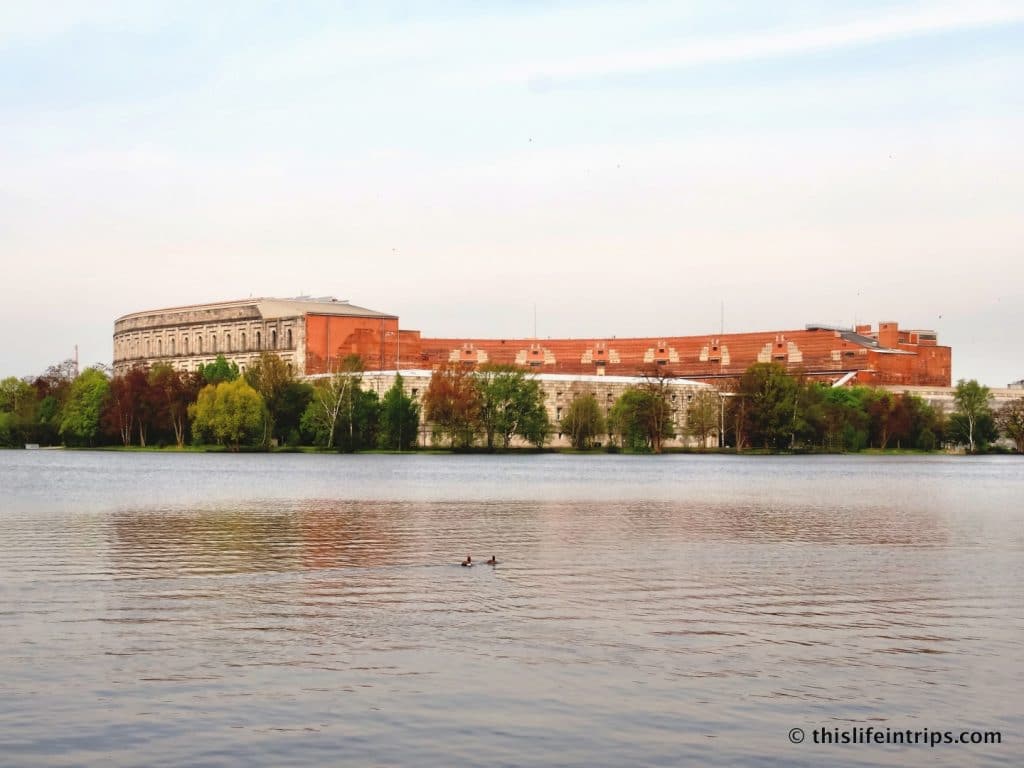 Inside you are able to walk through the years leading up to the war and the following outcome. It is well put together and an important stop in understanding the country’s troubled past.

Don’t miss the viewing platform for a panoramic of this ruined stage.

After a fascinating walk through the exhibition centre passed by a former Nazi power station. Today it houses a Burger King. How’s that for democracy?

Our next stop on this tour through Nuremberg’s Nazi past was a visit to Courtroom 600 – home of the Nuremberg Trials. As if to come full circle, these historic trials were hosted in Nuremberg for similar reasons the Nazi’s chose it as its rally grounds. The trials sought to bring the highest-ranking officers to justice for their part in the Holocaust and other war crimes. The trials were spread over a year and included 8 judges from the Allies, 4 prosecutors, and too many defence lawyers to list. In the end, 12 accused were sentenced to death by hanging.

As much as I think everyone should visit sites like this to better understand the horrors man is capable of, it is not enough to get through to everyone. While our tour was taking in the views of the Congress Hall from across the lake, a car full of neo-Nazi idiots began taunting the crowd, most of which were seniors. They yelled in German and can only imagine what they were saying. They even went as far as driving their car through the crowd. This, although terribly sad, is not my first encounter with this type of hate.

While backpacking in Poland, the 2 Aussi guys (of Vietnamese descent) I was travelling with were attacked randomly by a skinhead. I shoved the attacker off of them and then stood there in shock as he screamed at me. We were in Krakow and had just visited Auschwitz the day prior. How could this kind of hate exist in a place that knows what it can lead to all too well? 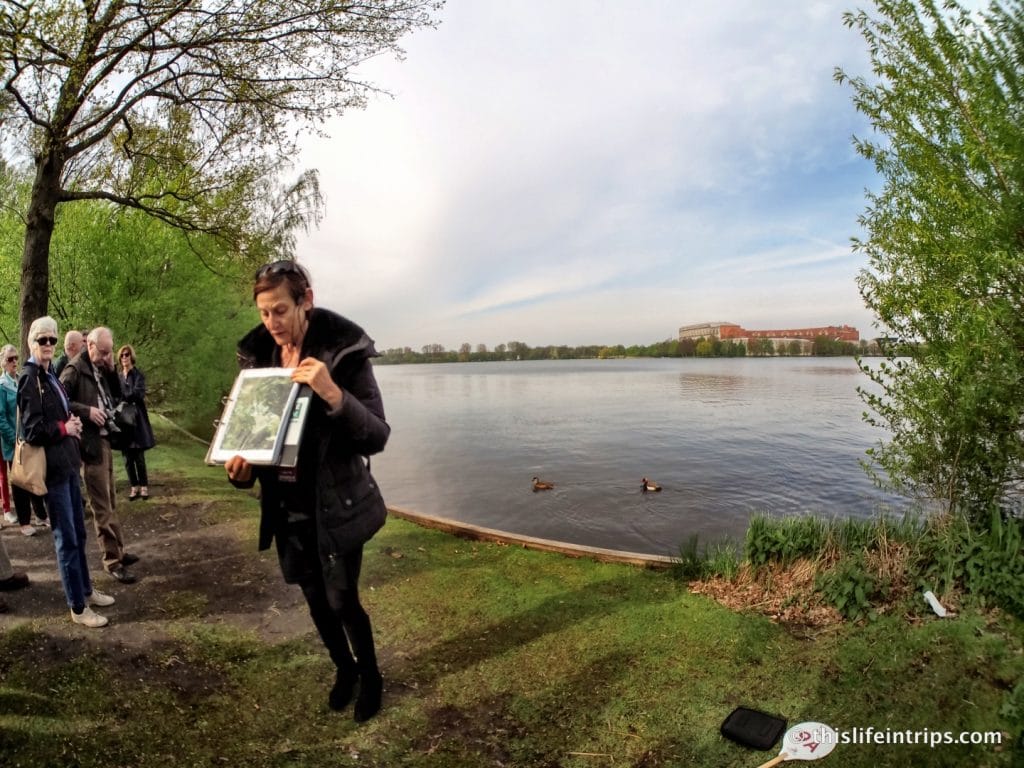 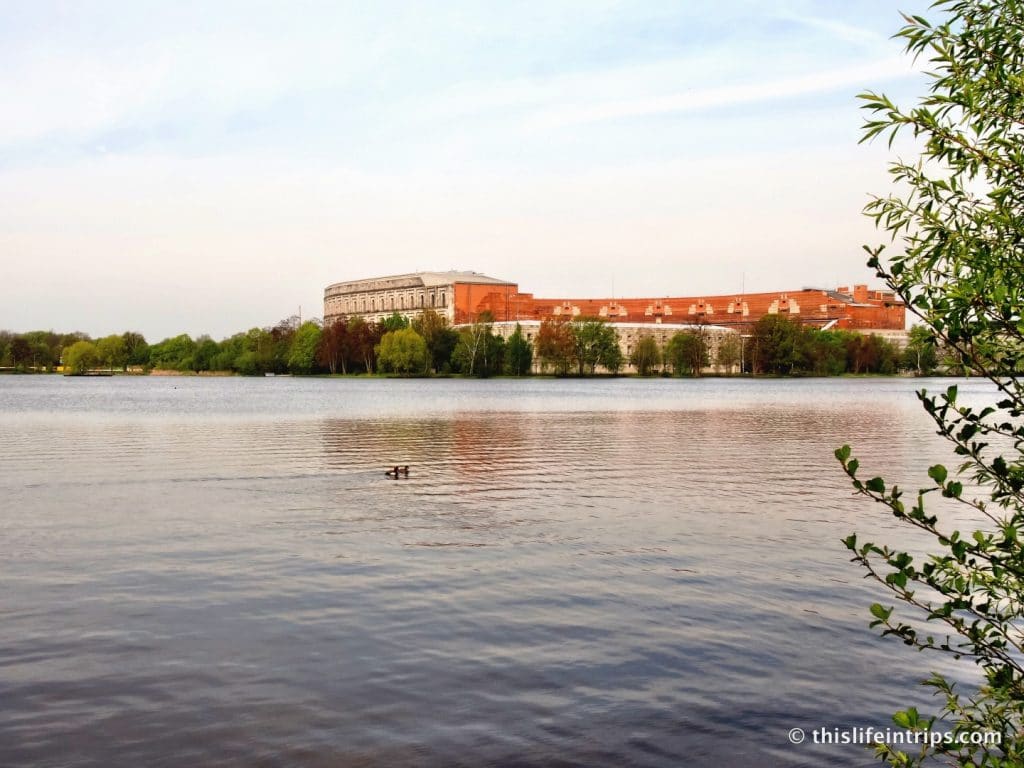 By no means take this as a deterrent for visiting such sites. This should be taken as an education and why it is so important. Sites like the Documentation Center recognize the mistakes of the past and put it on display for future generations and should be taken in by all.

What say you?
Thoughts on Touring Nuremberg’s Nazi Past?
Let’s hear it!

Touring Nuremberg’s Nazi Past has been brought to you by  Viking River Cruises. The experience, opinions, and history lessons are my own. 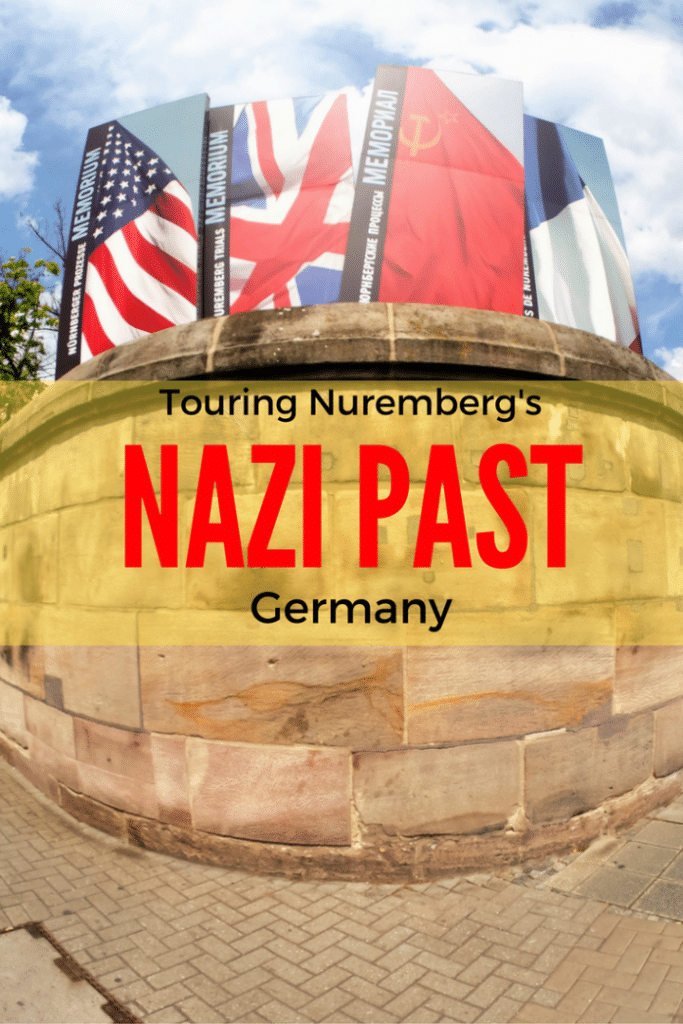