No city or town in Canada boasts as much character and quirk quite like Dawson, Yukon. Built on the back of the Klondike Gold Rush, Dawson was a boomtown that saw its population balloon to 40,000+ and prospered along those that made their fortune. Along with those riches came hotels, brothels, bars, and gambling halls. Yes, life was good in Dawson City…for two whole years. Even though the gold rush was short, visiting Dawson City today is much like it was during its prime. With a fascinating history that has been well-preserved, there is no place like it.

Here are my highlights from my 3 days visiting this quirky and cool northern town. 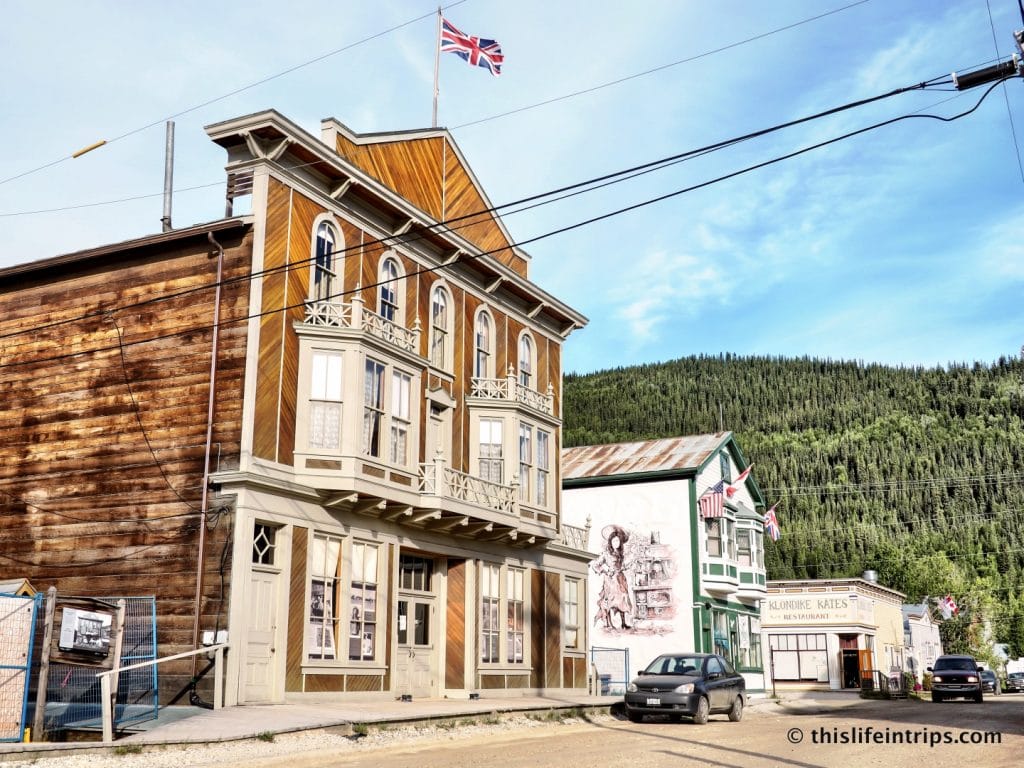 The slanty historic buildings of Dawson are worth the trip north alone. Many of the wooden structures arehave been designated as Federal Heritage Buildings. Many more have been left derelict and abandoned. All of it cool, eerie, and unlike anything else you will find in Canada.

Downtown Dawson is comprised of dirt roads and uneven boardwalks, all in an effort to keep its character intact. The 5 x 5 block (or so) “downtown core” can be easily explored on your own, however, I recommend taking a guided tour. Departing from the Yukon tourism office, Parks Canada offers one hour tours that give insight into the city’s many historic buildings and businesses. I took the Doors Open Dawson tour for an added peek behind the scenes.

Highlights included putting on protective gloves and snooping around the original post office and the Dawson Daily Newspaper office. At the latter, you can flip through old newspapers and read the sometimes comical stories from 100+ years ago including headlines from the day of your tour and visit in 1899!

Also, be sure to stroll the walkway along the Yukon River. There you can see the convergence of the blue Klondike and brown Yukon Rivers. Along the way, you will find placards depicting the history and importance of the river in moving people and products in and out of Dawson and the Yukon. The SS Keno, a historic sternwheeler paddle steamer turned into a national historic site of Canada, highlights the walk.

Naturally, anyone willing to live in a place as remote and frigid as Dawson is unique, to say the least. Thankfully, this uniqueness spills over into plenty of great local attractions in the sights.

It doesn’t get stranger than this when it comes to visiting Dawson – sipping a cocktail with a legit severed human toe in it. Why? Because, Dawson. 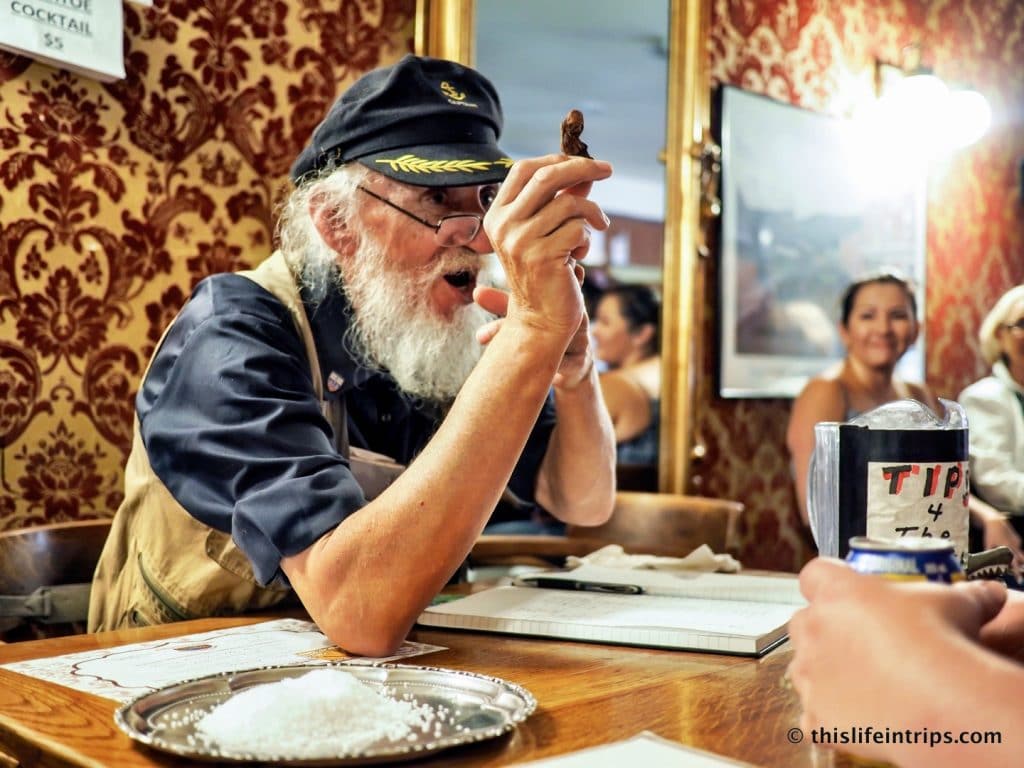 Be sure to go early to secure your spot and catch the old-timey piano hour!

Another quirky staple to hit up while visiting Dawson is the wonderfully awesome Diamond Tooth Gertie’s Gambling Hall. There you will find the spirit of the Klondike Goldrush alive and well. On top of a fully functioning casino (Canada’s very first!), you will find cancan dancers and turn-of-the-century characters in costume. Be sure to catch the show (3 per night May-September) and check out the view from the balcony seats above. 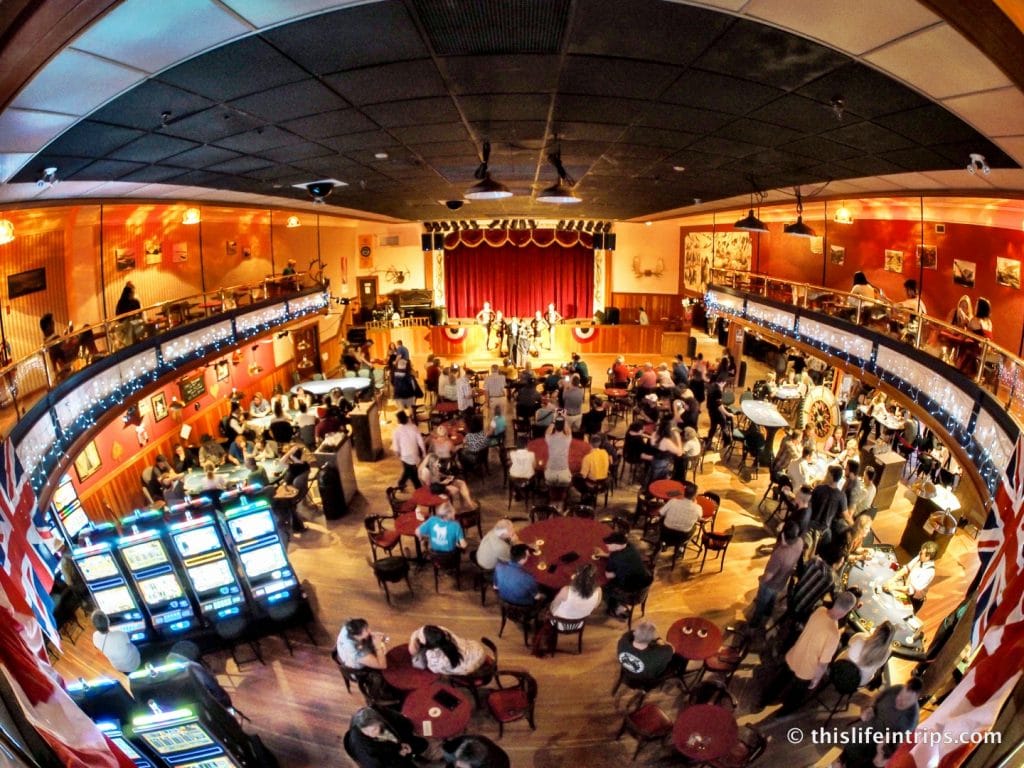 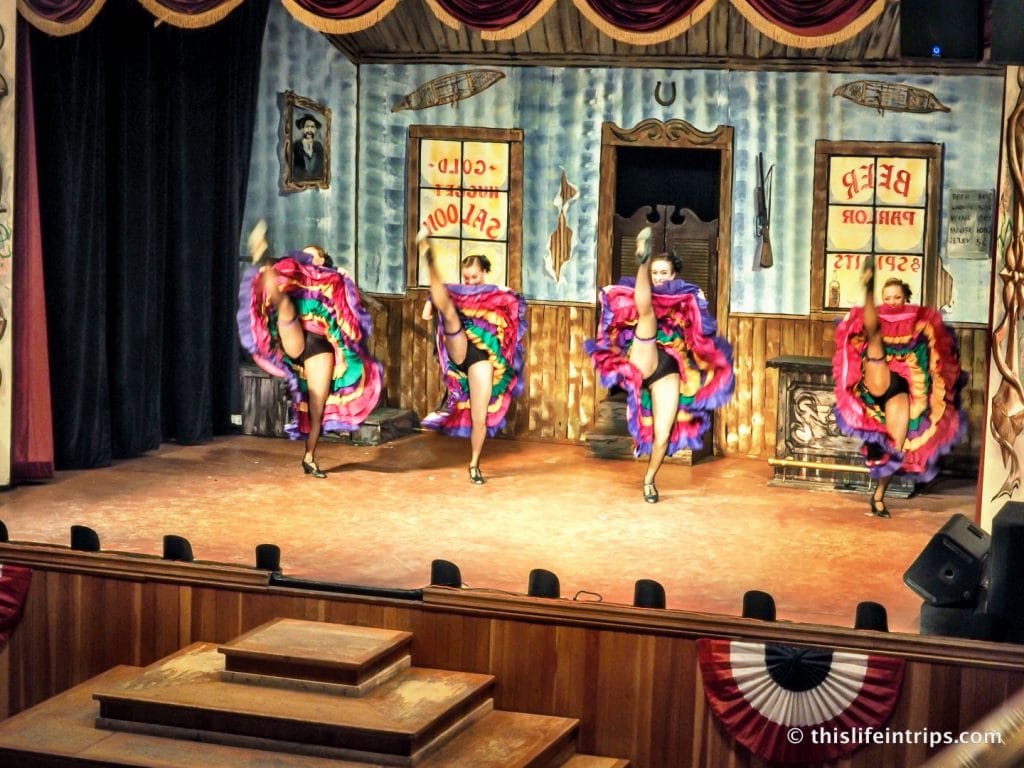 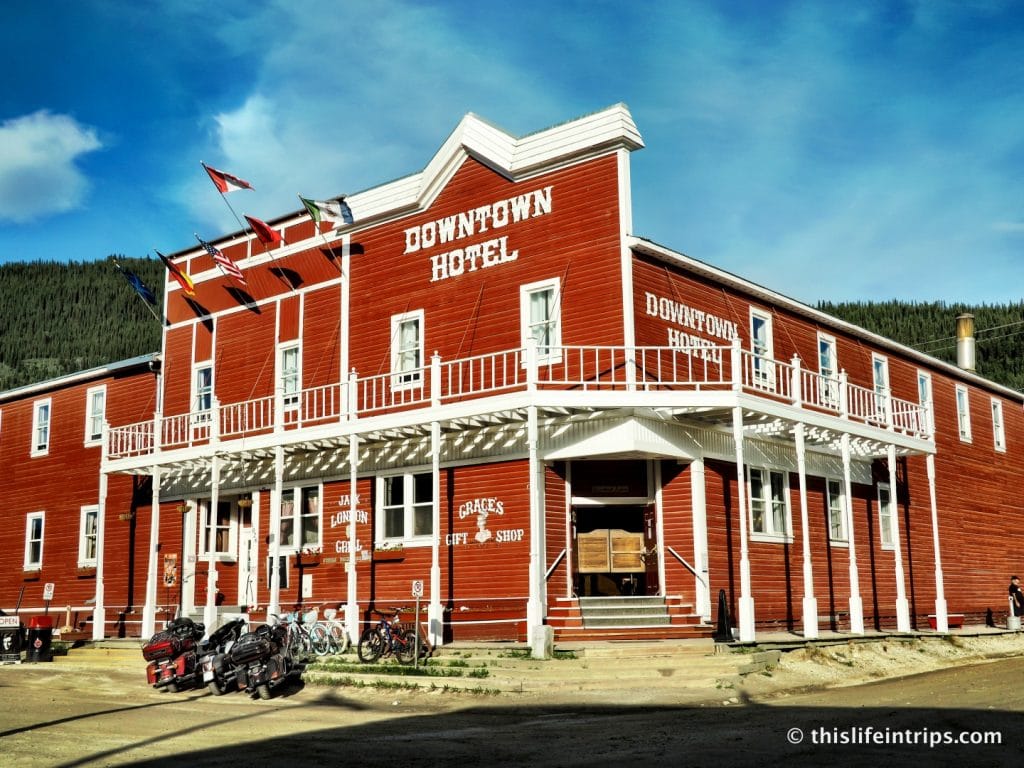 Visiting Dawson is visiting one of Canada’s best drinking towns. When a place spends over half the year buried under snow, it’s easy to see why. Summertime brings endless hours of sunlight and the locals take full advantage. Bar-hopping is a way of life and Dawson so be ready for a late night. Start at Bombay Peggy’s for cocktails and micro-brews before heading to the famous Sourdough Saloon at the Downtown Hotel for the piano hour and perhaps a Sourtoe Cocktail.

Hit up Diamond Tooth Gerties for a late-night show and eats or a had of blackjack or two. Also note, no visit to Dawson is complete without a stop at the Westminster Hotel bar, lovingly known as The Pit. Words cannot explain a night at the Pit. From its tin foil dance floor to its wobbly floors and colourful clientele, the Pit is a gem. Be sure to head there before the lineup starts! 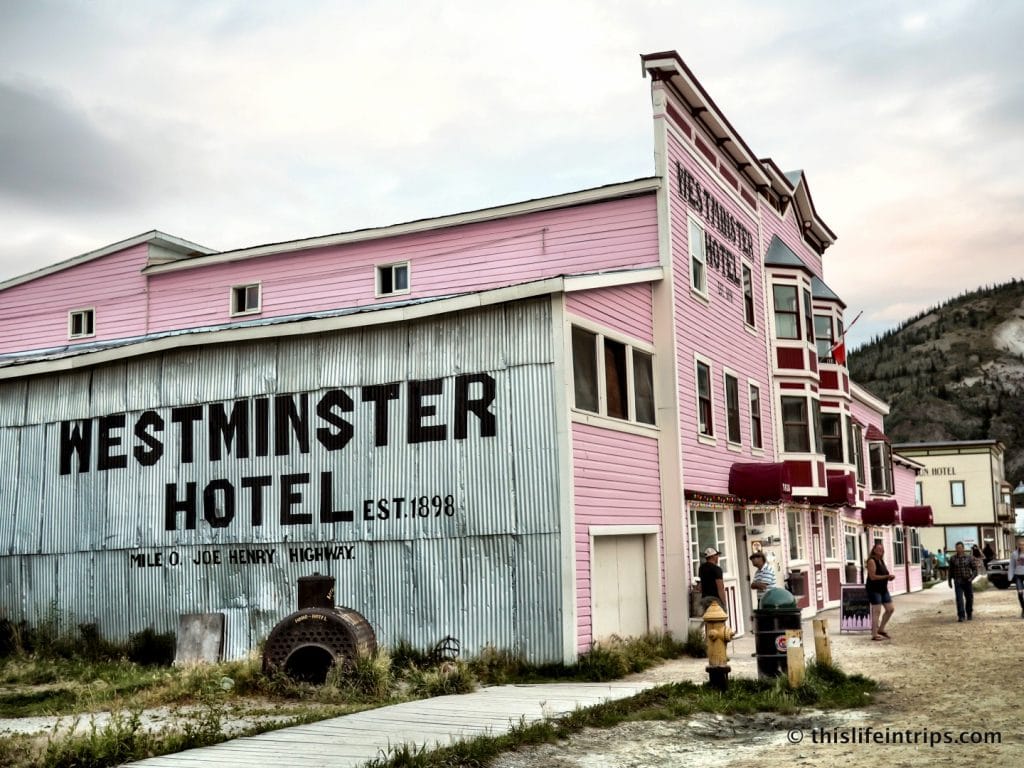 Speaking of pits…Yukon folk work hard and play harder. There is no better place to experience this than at the Dawson City Mud Bog where drag racing takes place. Supped up pickups plough through muddy tracks while locals cheer them on. What’s not to love?

Although there were no drag races on while I was visiting Dawson, there was a full-on female wrestling match! Did I mention Dawson is quirky?

Although Dawson’s quirky and unique downtown is worth the trip up the Klondike Highway, the city’s nearby natural beauty and gold rush history is truly unique. 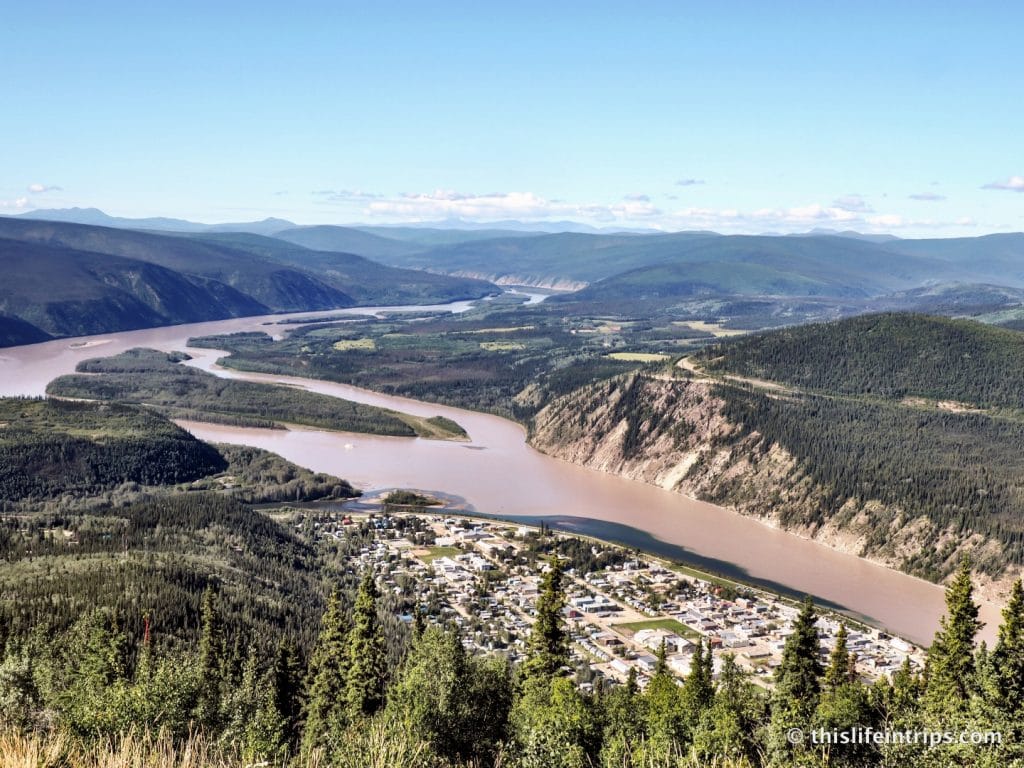 Perched 1700 feet above Dawson is the aptly named Midnight Dome. What once looked over Dawson’s 40,000+ stampeders now provides visitors with a fantastic view of the town and convergence of the Yukon and Klondike rivers. The viewpoint is accessible by car or foot so those looking to sweat off late night out can hike up. Don’t miss the views to the east where you can see the Yukon River make its way towards Alaska and be sure to take in the view under the midnight sun! 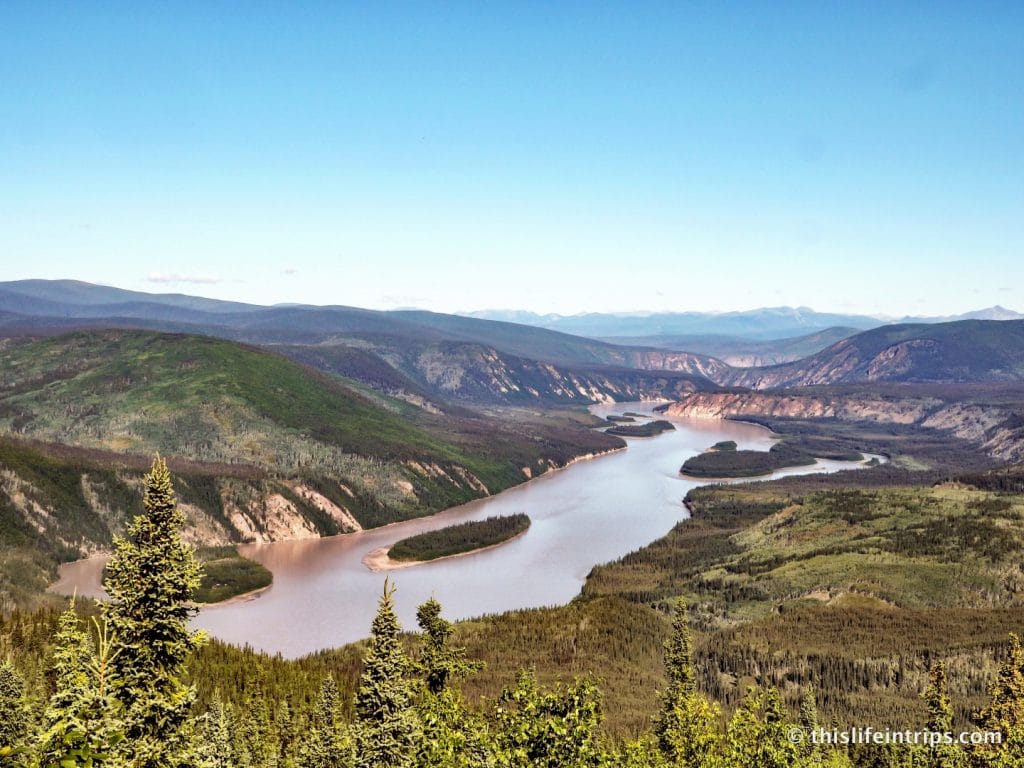 There’s no greater sign of Dawson’s mining past than the tailing ponds along the Klondike River. On your way into town from the south, you will pass seemingly endless piles of rocks. These are the results of dredge mining over the years. 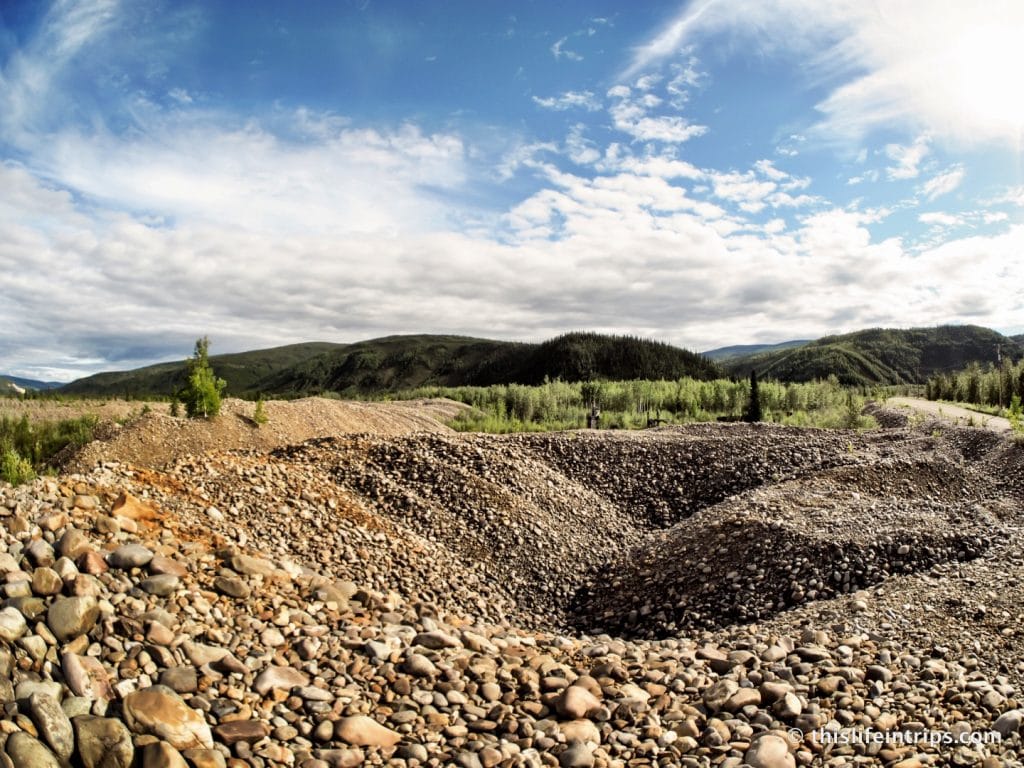 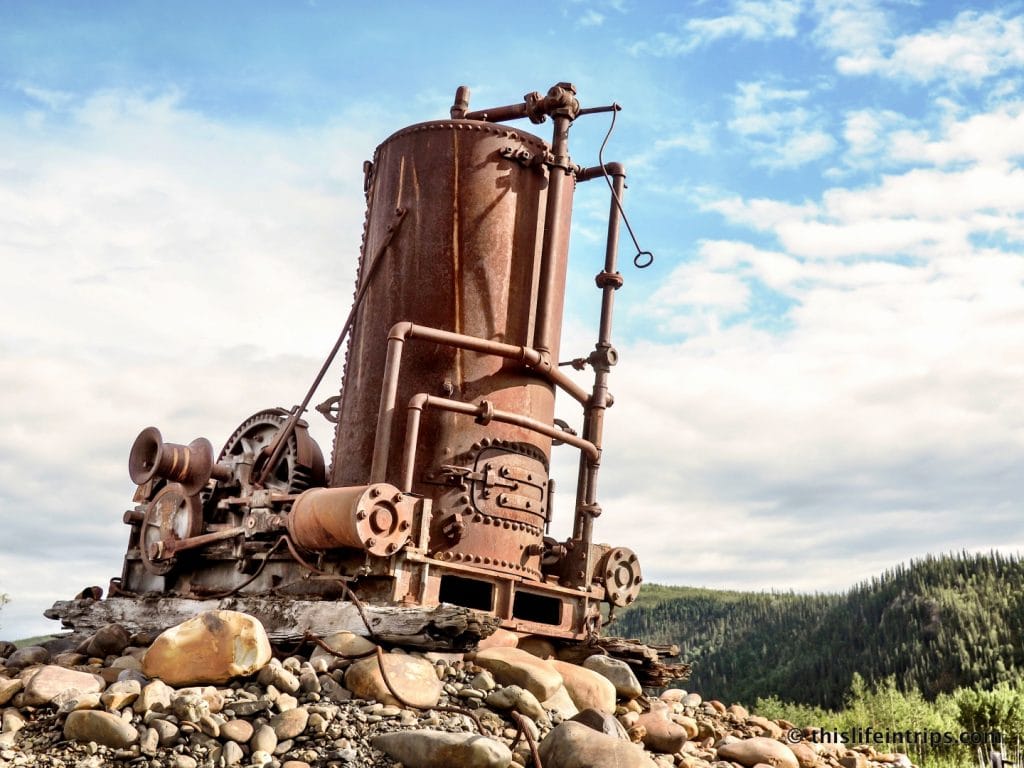 To get a true sense of the size of these tailing ponds, consider a scenic flight. From not so high above you can see the shimmering ponds stretch out along the Klondike River. 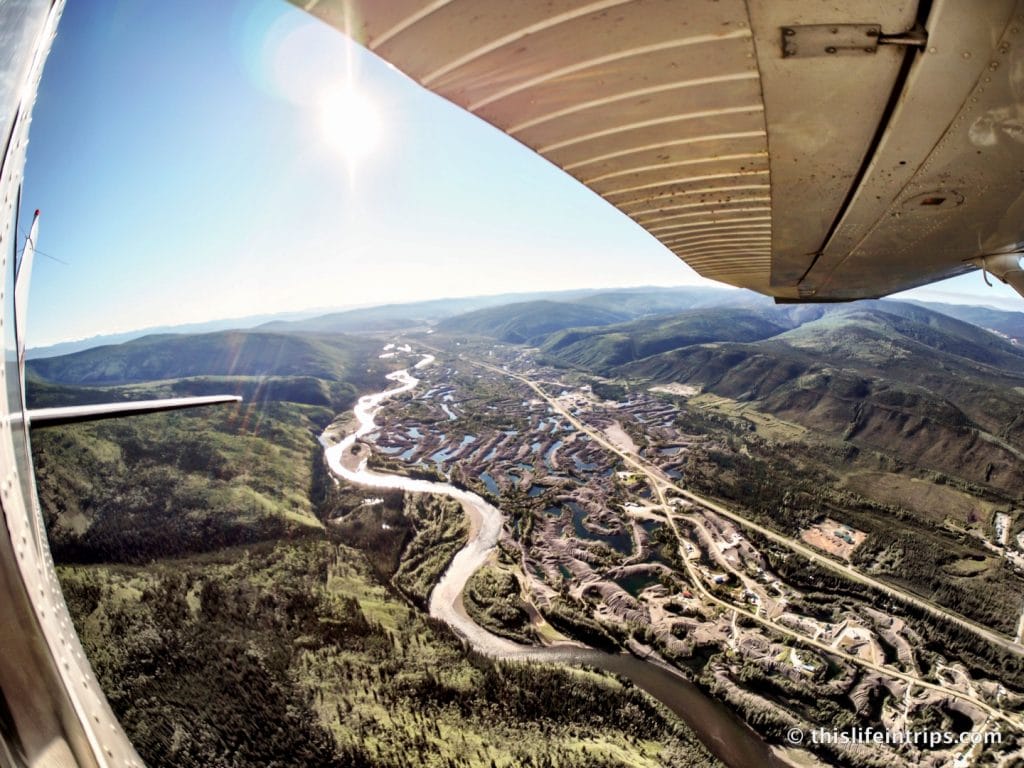 Speaking of scenic flights, one of the coolest things I did while visiting Dawson was fly over Tombstone Park. Although this nearby mountain range looks more at home in Middle Earth than the Yukon, its jagged peaks and green hillsides truly are Yukon at its best.

Of course, Dawson isn’t just a place for quirky folks and gold-diggers. Over the years some incredible people have passed through Dawson. Many others rest there permanently.

Affectionately known as the “Bard of the Yukon“, Robert Service was a banker by day and lived in the Yukon from 1900 to 1912. During that time he wrote many poems and stories about life in the north and used being mistaken as a burglar in Whitehorse (where he was shot at!) to write”The Shooting of Dan McGrew” Those visiting Dawson can tour his former log cabin which is run by Parks Canada and serves as a small museum dedicated to his work and life. 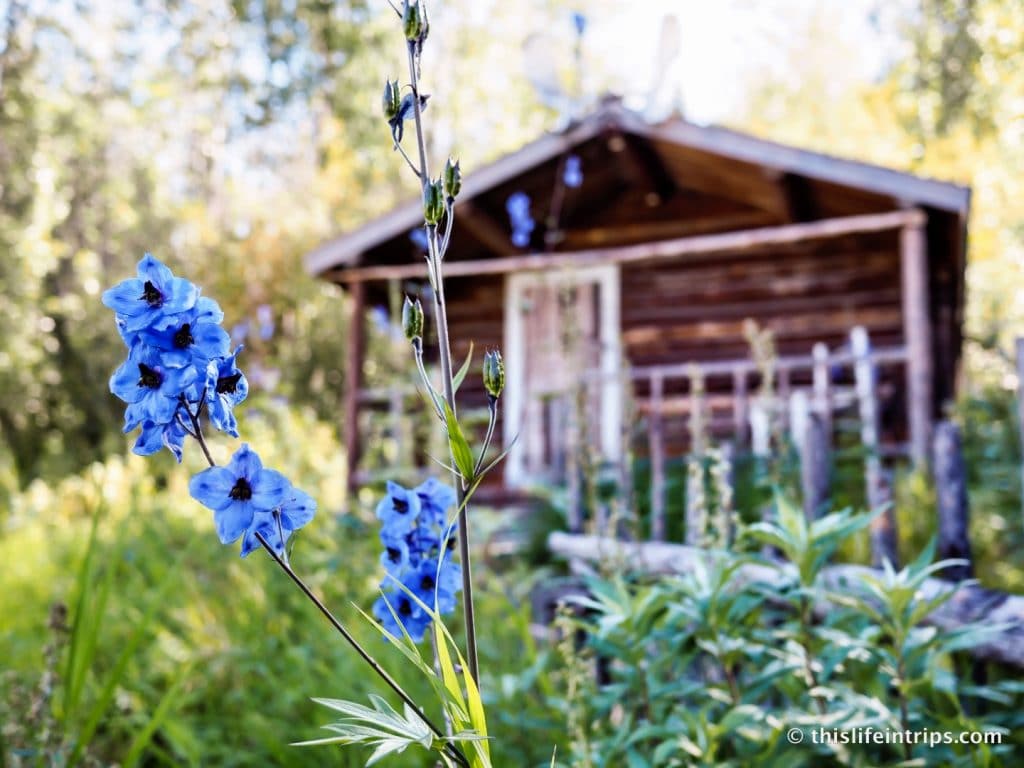 Another famous writer who lived in the Yukon is The Call of the Wild author Jack London. Although he never struck it rich during the gold rush, Jack London used his experience to write many stories and poems. Just like Robert Service, you can visit a replica of Jack London’s former log cabin home which was discovered 120 km south of Dawson in 1936. 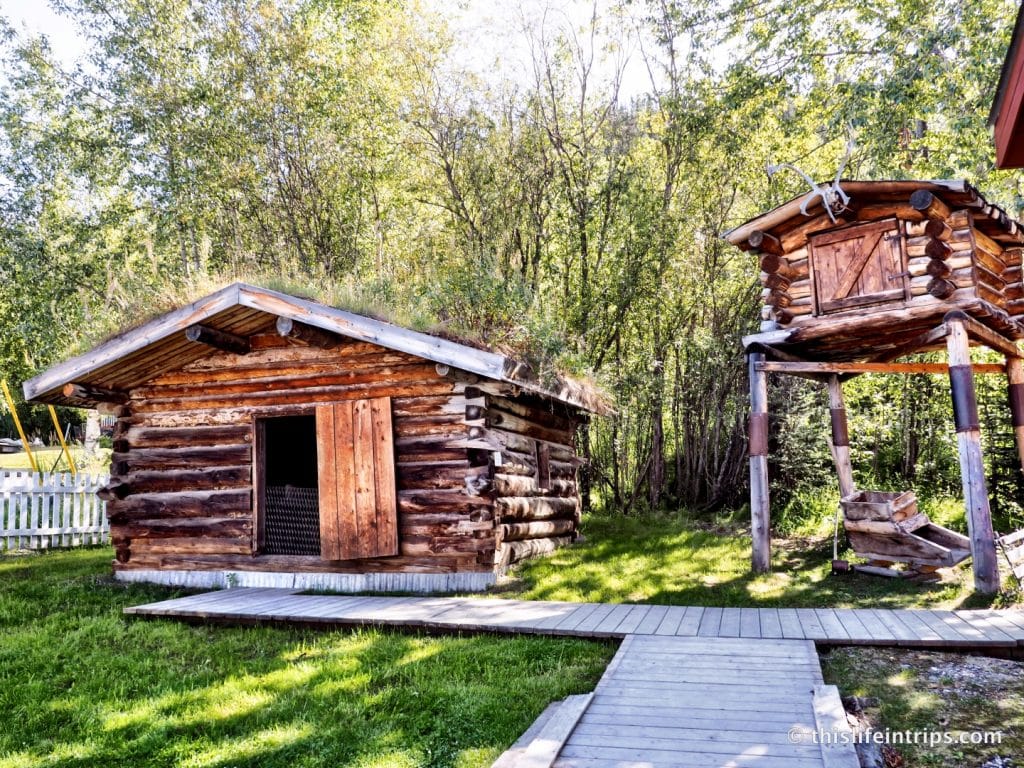 If dead people are your thing, don’t miss a stroll through the expansive and historic Dawson City Cemeteries. Spread out on the Mt.Dome hillside and divided into designated areas, the Dawson cemetery offers a unique peek into the realities of the gold rush. Many of those seeking fortune in the Yukon were ill-prepared for the harsh climates of the north and paid the ultimate price. Others were lost in mining accidents or while on duty as you will find in the dedicated cemetery to the Royal Canadian Mounted Police.

For full details on who is resting where there is a directory in the centre of the cemetery and notes the location of the graveyards first burial site. 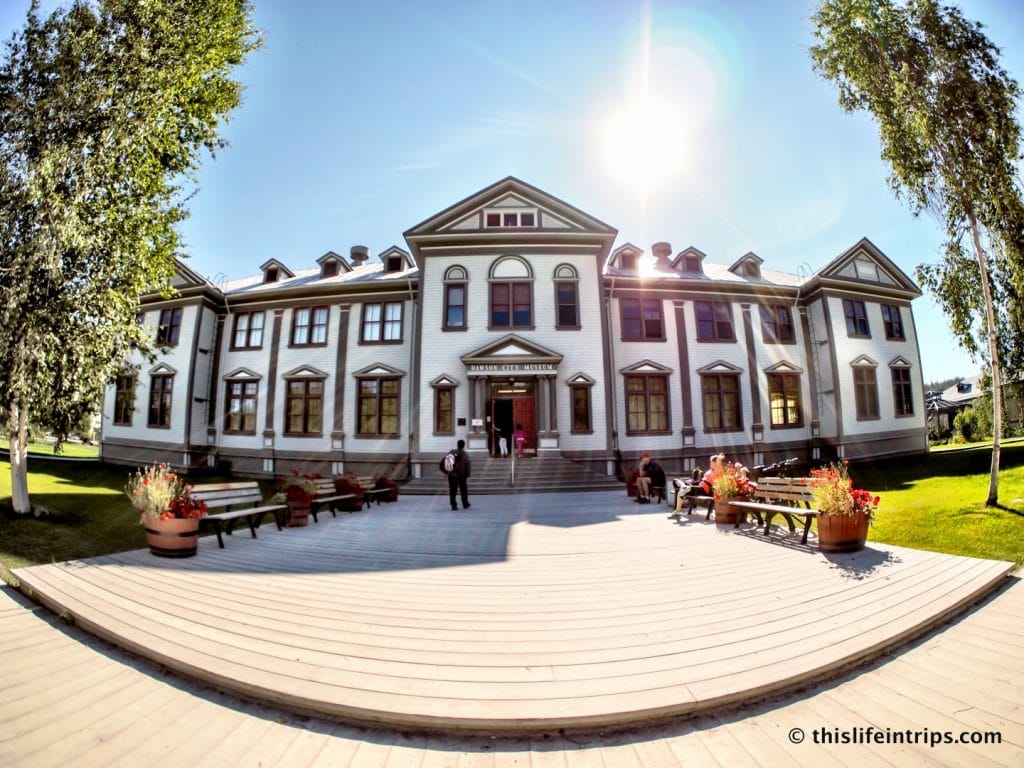 There’s no better place to read up on Dawson’s fascinating past then the Dawson City Museum. 2 floors split into exhibits on discovering the north and south offer countless artefacts which tell the story of Dawson’s rise to become the largest city north of San Francisco.  The Dawson Museum is open daily during the summer and admission is only $9. 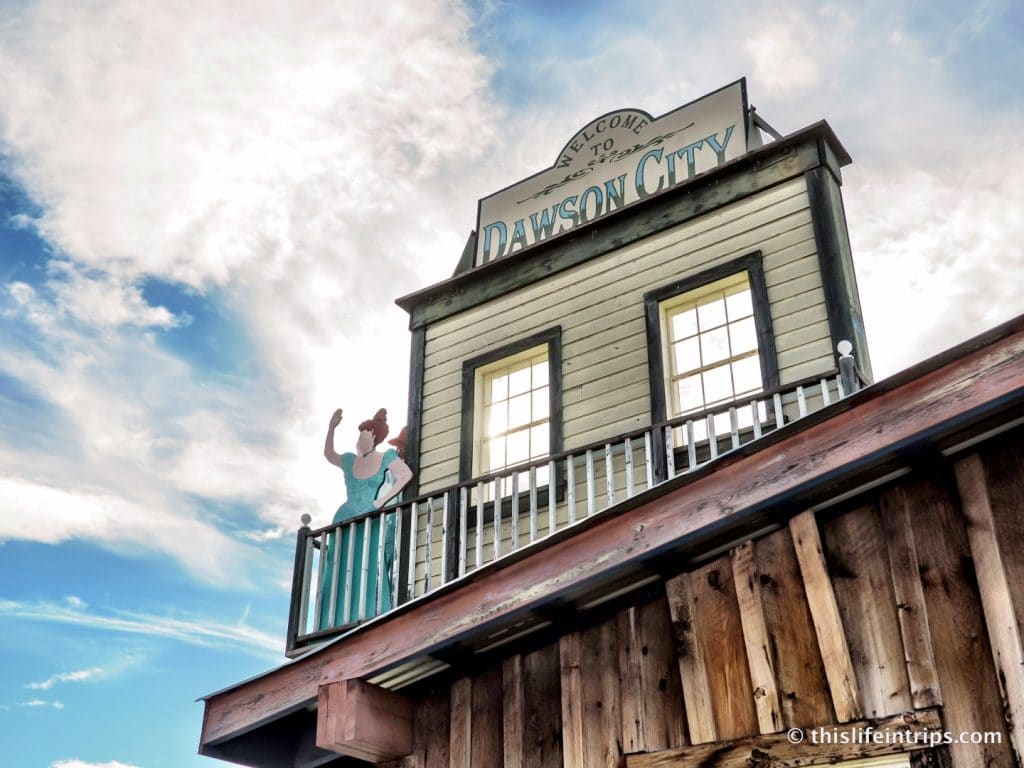 Hopefully, I sold you on the absolute gem that is Dawson City. If so here is some practical info to make your time visiting Dawson the best it can be. 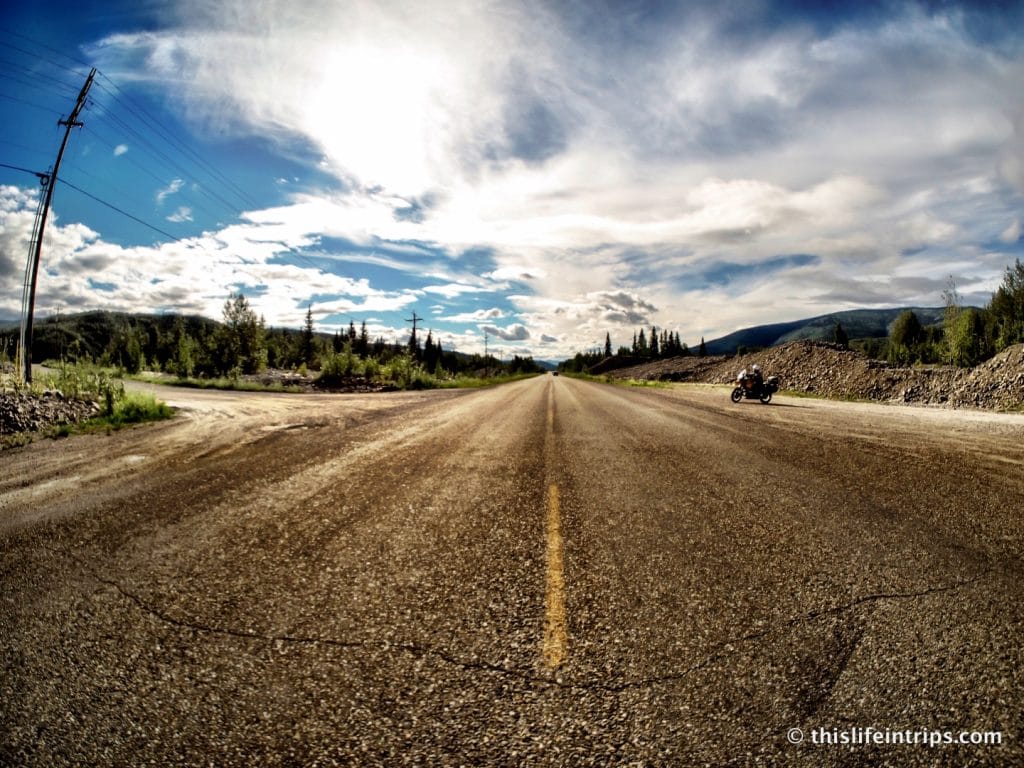 Being a town that survives solely on tourism, there is no shortage of places to stay while visiting Dawson. I stayed at Klondike Kates in one of their fittingly perfect cabins and loved it. 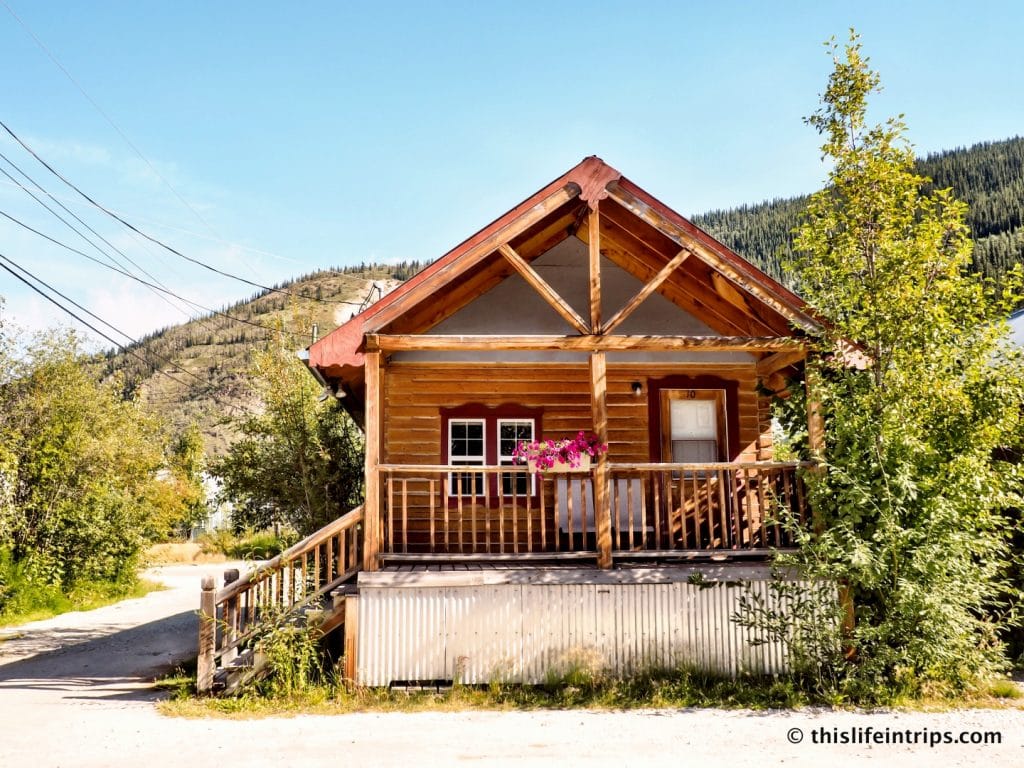 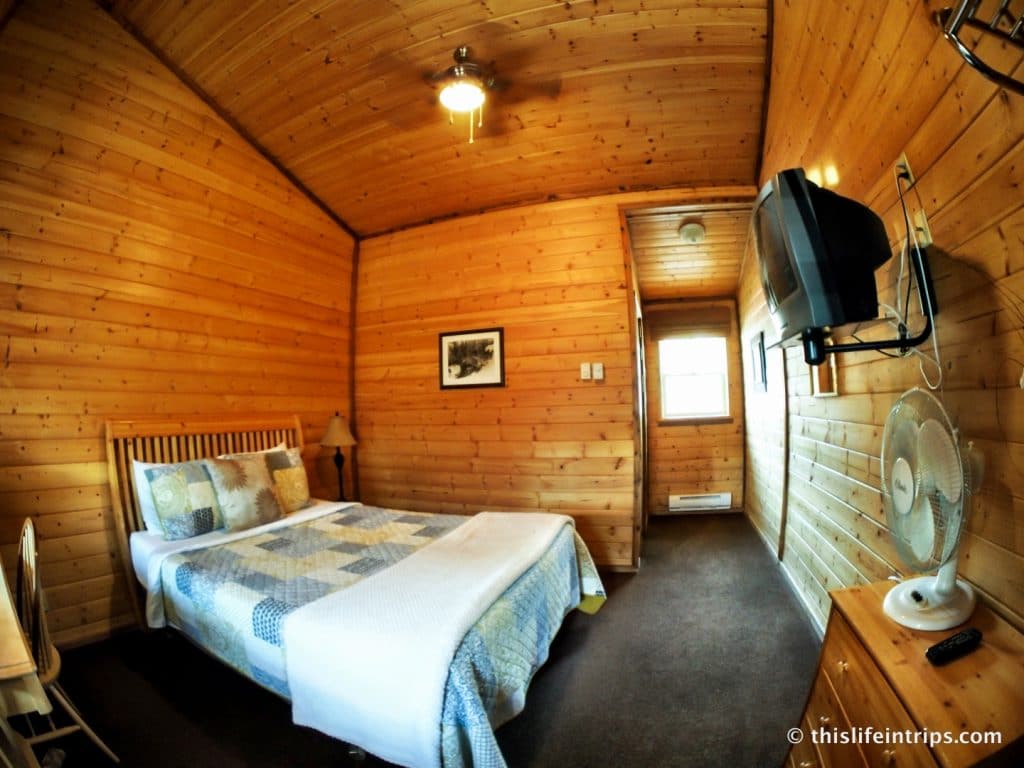 Dawson also enjoys a surprisingly bountiful amount of eateries. I say surprisingly because typically when you visit a tourist town there are plenty of tourist restaurants. Not the case when visiting Dawson. Head to the Drunken Goat for awesome Greek food or Sourdough Joe’s for fish and chips. Klondike Kates makes great soups and comfort food and if you are looking for northern eats or German fare head to the Aurora Inn. 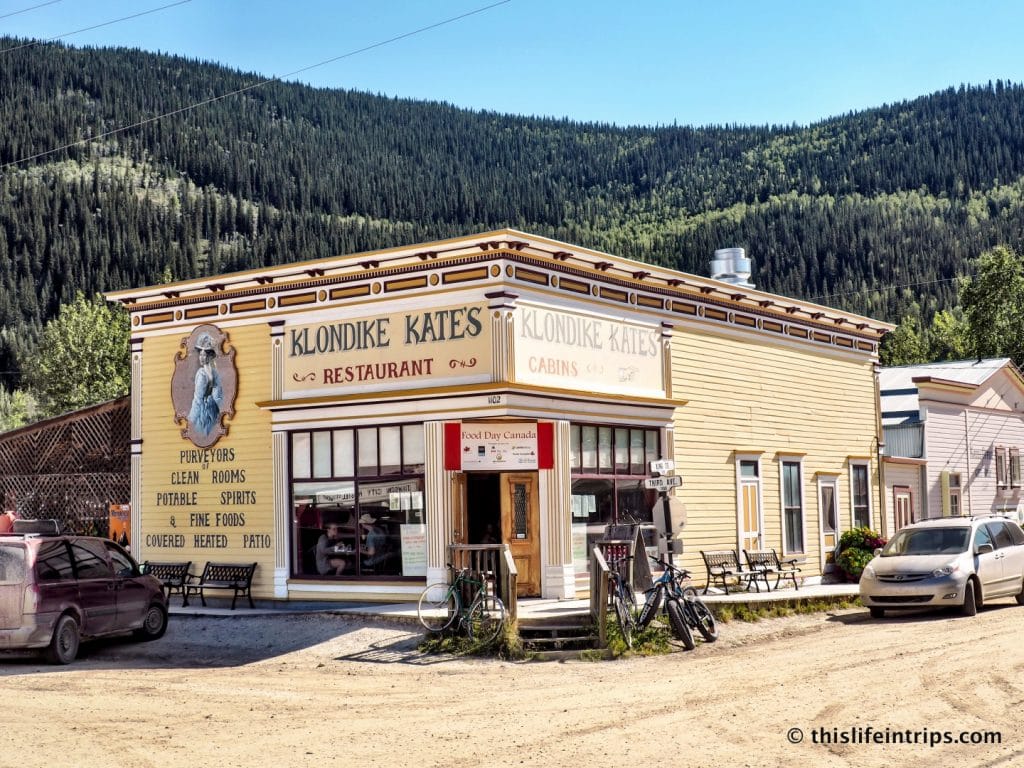 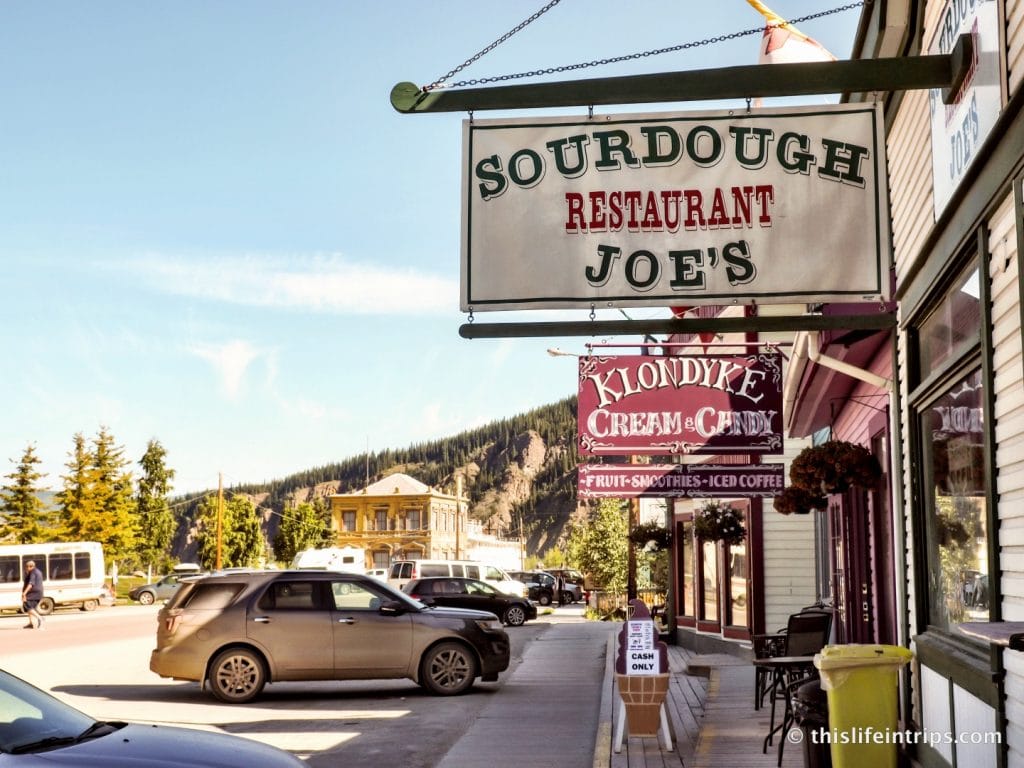 Last but not least, for shaking off that late night out head to the Alchemy Cafe. This vegan and organic-friendly restaurant serve up healthy eats such as smoothies and homemade granola bowls. They also handcraft the best coffee in town, if that is your hangover cure. 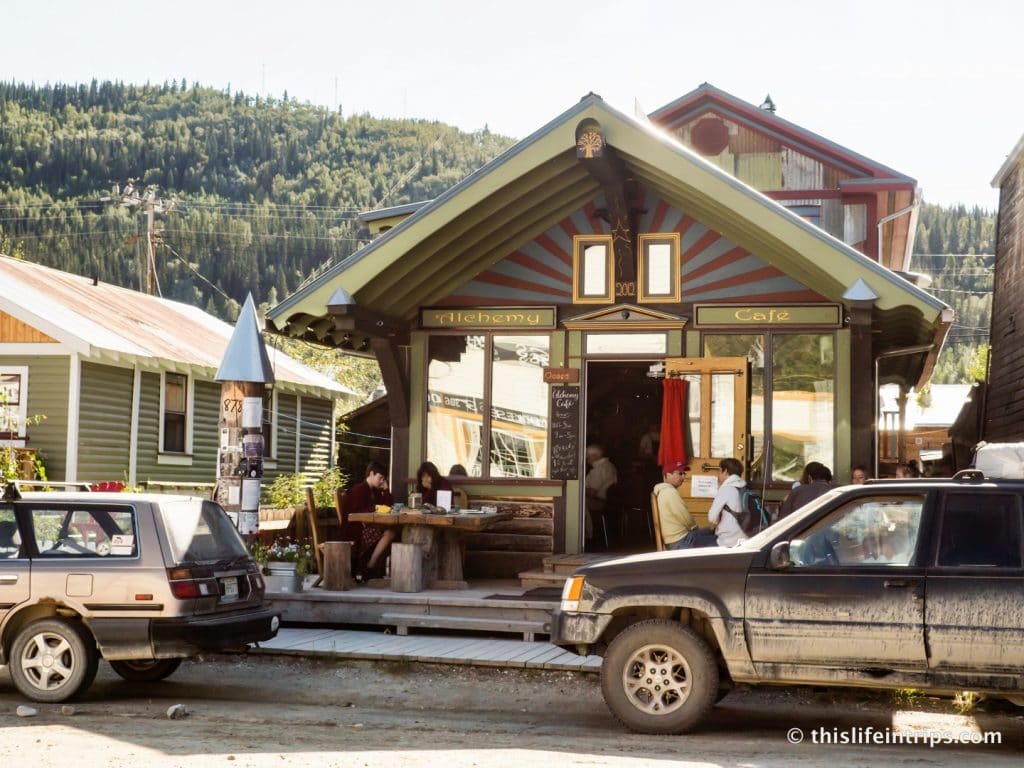 What say you?
Thoughts on Visiting Dawson?
Let’s hear it! 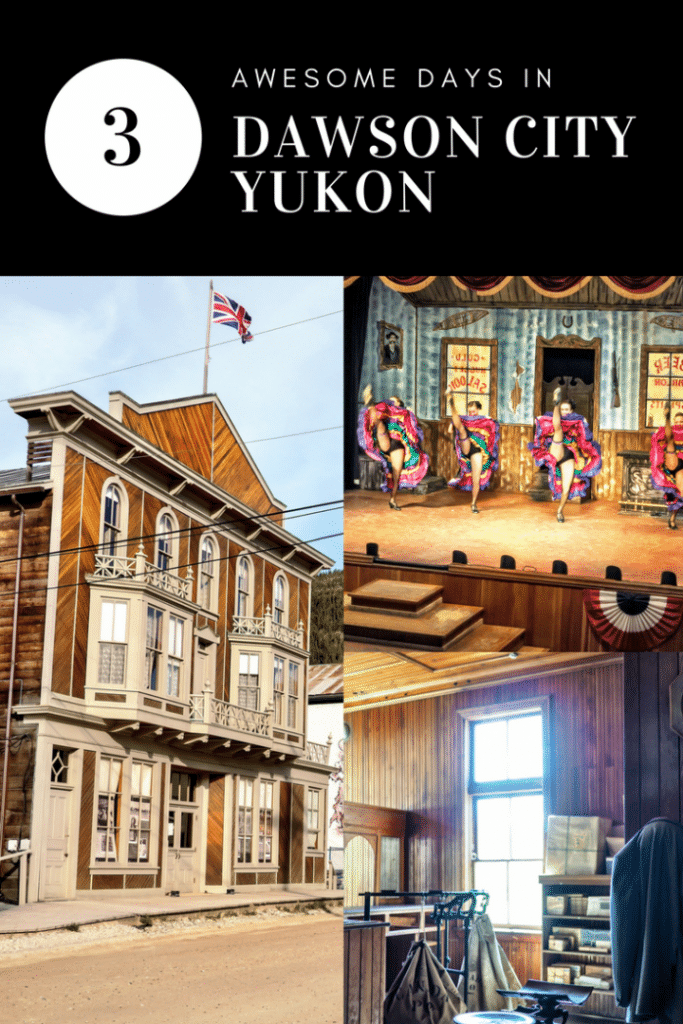 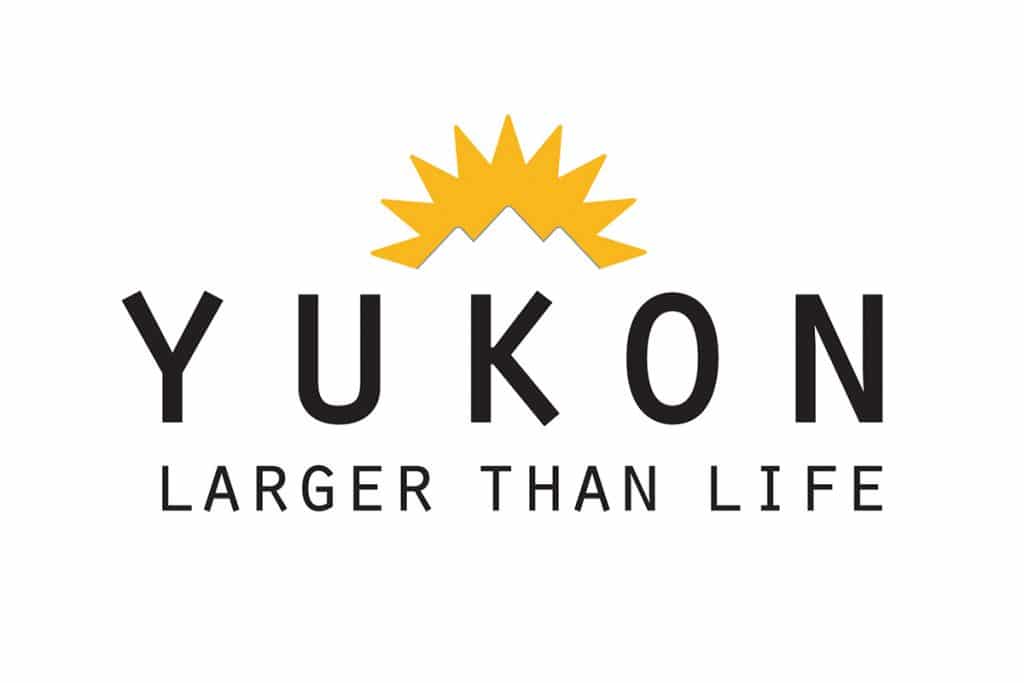 Although I was visiting Dawson while on a press trip with Travel Yukon,
the experience, opinions are my own.