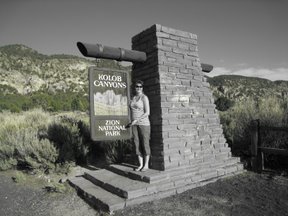 OK so we didn’t get away from Vegas that easily. Our last night in town saw Erin and I up till the wee hours spending way too much at the blackjack tables. We stayed our last night at the Hooters Hotel (definitely not a Priceline find but uber cheap) so when we got back there broke we proceeded to the restaurant for a meal of shame before bed. Even getting out of town the next day proved to be difficult as we ended up at another discount mall before finally leaving. Vegas can really sink it’s claws into you.
Our first stop on the way home was Zion National Park in southern Utah. Kolob canyons are right off the highway home and is a very impressive drive up the hills. We arrived late in the day so the sun was bright against the red cliffs: 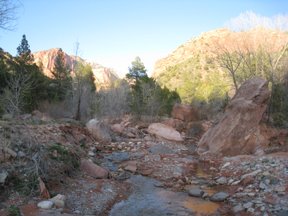 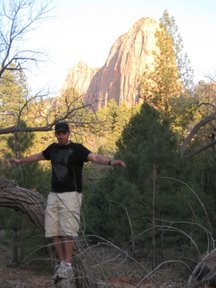 The plan was to do some hiking in the park however since we had a late departure from Vegas we only got so far down one trail before having to turn around. Still, very scenic. 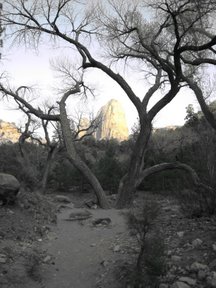 That night we made it as far as Salt Lake City. Again another cheap find on Priceline had us staying right downtown at a Sheraton for $50. The next morning we ventured out to find the massive Mormon tabernacle we had heard so much about. It is a beautiful building but we couldn’t help but have this errie feeling that if we went in we would come out Mormon. Thankfully we did not…now let me tell you about the Good word…

And of course right next to the church is the massive office tower which sums up religion for me: 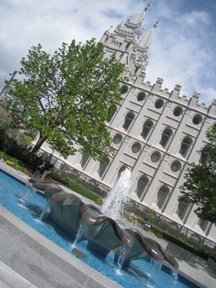 We continued on north taking the scenic route through the mountains. Little did we know this would mean heavy snow storms and road construction. We stopped in a small town in Idaho for lunch. “Ohhhh your from Canada!” the not so bright sandwich artist said when I paid with my TD bank card. “I was wondering where you were from when I saw the snow on your Jeep.” Wow. We had gone through the first of many blizzard’s 30 KM’s south of where we were eating. 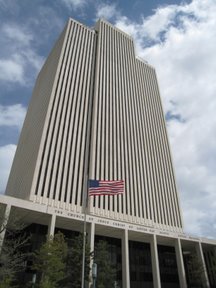 We continued on to Grand Teton Park which is directly south of Yellowstone. The plan was to drive through Grand Teton to Yellowstone however when we got about 10 miles to the north exit we found out that the south entrance to Yellowstone was closed. The biggest kicker was the road was scheduled to open 2 days later. Actually the biggest kicker was the fact that we had to back track and drive around the park, adding 3 + hours to our trip. On top of that we hit another blizzard and even had to wait for snow plows to clear a road. An adventure it was and we did see some nice scenery:

Zion to Salt Lake City done. Yellowstone up next. 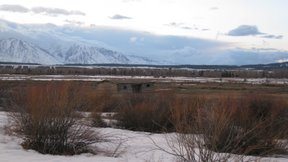 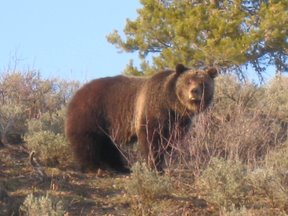 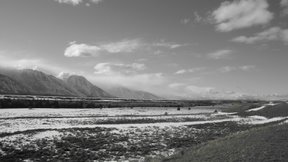