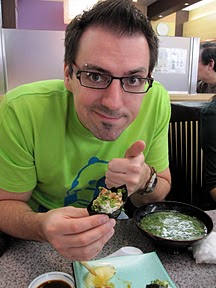 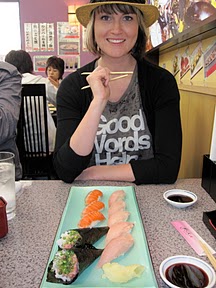 Being in Japan over 48 hours without eating sushi once was a shock for us. Living in Vancouver we eat sushi like it’s fishcandy. Our intention was to get up early for the fish market and have sushi there however our night out put a stop to that. When we finally got moving the fish market was long closed. This did not stop Erin from wanting to get her sashimi on. Now I love sushi, I would be lying if I said it was not one of the factors in going to Japan in the first place. That said, raw fish and a hangover never mix well for me. Still, being the trooper that I am and feeling apologetic for the previous evening, I agreed. The gigantic seaweed miso soup made me a little green but the sushi I enjoyed. Apology retracted. 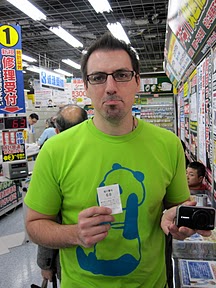 We headed to Akihabara, Tokyo’s famous electronics district, in an attempt to get my camera fixed. I figured it was born in this country so surely someone could fix it. Before making it to the heart of Akihabara we stopped in a ginourmous electronics department store. I found the camera repair area where I was helped by the friendliest department store employee I have

ever met. It is refreshing to not feel like you are disrupting someone by asking them to do their job. The kind attendant took my camera into the back and returned shortly after. He could not fix it in the short time frame I had given him but he gave me the address and directions to the closest Cannon repair center. He would have held my hand and walked me there himself if I had asked. With that I said “arigatoh” and then made the mistake of giving a slight nod. With that he said your welcome and bowed so hard I feared he would smack his head on the counter. I smiled and gave another slight nod and started to turn away. He repeated his aggressive bow to which I nodded again from a few feet away. I felt like I was stuck in a bow off. Japanese culture is a great thing. Very respectful. I would later witness a bow off between 2 business men on a subway car. After one of the men got off at a stop they continued bowing back and forth as the train sped away. I was now in that same situation as I backed away from the counter and the clerk working it. And so we danced. 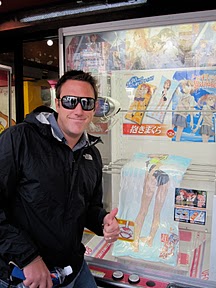 We arrived in Akihabara to find endless electronic stores with Japanese comic book stores and video arcades mixed in. I was home. Erin and Alison went to buy freaky Japanese comics (which is like a religion in Japan)while Iset out to replace/repair my camera. Although I had high expectations of the nerdy area it was still neat to see. There were no robot salesmen, no robot street sweepers, and no hoverbikes. There was also no one to help me fix my camera. There were however, Japanese animie pillows. These pretty things were brought to my attention after James Franco appeared on “30 Rock” where he played himself trying to cover up his relationship with one of said pillows. This was a spoof on a real life story of a Korean man who married his Japanese pillow. We tried to win one but failed badly. We walked away dejected. I turned back and I swear one of the pillows winked at me. Getting one was ineluctable. It was fate.

After our failed attempts to repair/replace my camera and find love in an inanimate object,we made our way to the heart of Tokyo. When we emerged from Tokyo station we were surprised to find a very clean, modern and quiet city. Not what we had expected. In a final attempt to get Erin’s bank card working we stopped in at a bank and talked to an employee who spoke better English then we do. More failure. We walked around the Imperial palace grounds until we realized that the area is huge then made our way to Tokyo Tower for views of the city at night. Tokyo stretches forever. 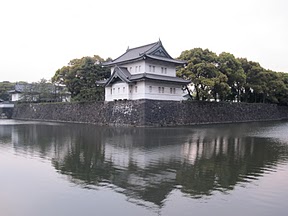 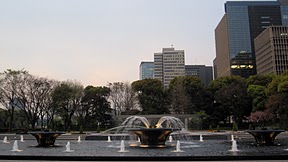 Upon returning to our hostel Justin became ill again and was down for the night.In an effort to cheer him up Erin and I headed back to Akihabara and pumped $30 into an arcade game in an attempt to win a pillow for Justin. After we spent all but our subway fare home we gave up. Seeing our dejection, an observer gave us his pillow that he had won earlier. When asked if he was sure he said “It is too big for my apartment.” What a country! After watching grown men in business suits line up to play some kind of “Dance, Dance revolution” game we headed back to the hostel and tucked “Rin” in with Justin. 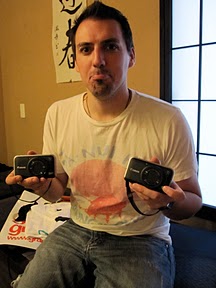 The next day we tried once again to go to the fish market however Justin was not right. He headed to a hospital while Erin and Alison headed back to Harijuko to shop. This left me to get my camera repaired. I arrived at the Cannon repair center with high hopes. The attendant led me on with his positive attitude and speedy service. When I say speedy I mean he actually took my camera and ran to the workshop area. I love this country. I learned however, that politeness should not be confused with positivity. When he returned he smiled and waived me to the counter. He proceeded to more of less say in broken English “how do you say…beyond repair…completely fucked?” All while smiling from ear to ear. I thanked him, bowed once and made sure not to look back as I left. I spent the rest of the day in Akihabara pricing out the same camera. Of course the cheapest one I found was at the very first store so I headed back there after seeing every possible option. I spent the next 2 hours trying to get my credit card to work which was fun. Can’t wait for that cell phone bill.

It’s like drinking the water in Thailand, you win some, you loose some. 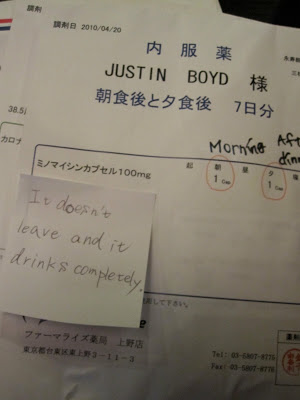 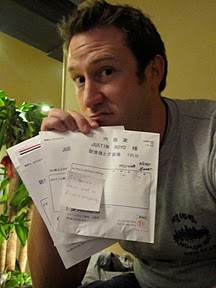 I returned to the hostel to find Erin and Allison but no Justin. After calling the hospital and finding out he paid for some medicine only an hour earlier he returned. When asked what the doctor said he nonchalantly replied “I have crones.” This was a bit of a shock to us as crones can be serious. A form of crones took one of my friends colons. His doctors note, which appeared to be written by Buffalo Bill from Silence of the Lambs, said otherwise. Upon further review and following up online we found that it was actually salmonella. At that point Justin fessed up to eating questionable chicken and shell fish in Thailand…almost a month prior. Oh Justin.

I then explained my day and how I had to buy another $400 camera. Justin summed that up pretty nicely: “It’s like drinking the water in Thailand, you win some, you loose some.” Indeed.