With a recent lengthy layover in Toronto, I decided to head into the city and pay my respects to the newly crowned NBA champs, the Toronto Raptors. Specifically, I wanted to check out the Kawhi mural that had been heavily covered during the playoffs. Turns out, finding where the Kawhi mural and other Toronto Raptors murals are located is not very clear. With that in mind, I decided to put together this quick self-guided walking tour for like-minded sports fans who got caught up in this historic team.

My Love of the Game

Before I dive into where to find the these Toronto murals I want to share a little background on why I would spend my layover seeking them out. Like the rest of Canada, the Raptors playoff run had me hooked. Unlink the rest of Canada, my love of the game goes much deeper.

I grew up playing basketball in Northern Canada. As soon as the snow started to thaw my friends and I would shovel the courts to play. The first NBA game I went to was in Phoenix during Charles Barkley’s reign. My father, who, like many a Canadian of his generation, didn’t understand the game and even fell asleep. It’s the thought that counts right?

Through my teens and beyond I took in more games and NBA sights. My mother took me to a game in Orlando when Penny was tossing lobs to Shaq and we sat three rows behind the bench. I still remember smiling over Ahmad Rashad’s colour commentary as the NBC cameras rolled.

Then there was fulfilling a boyhood dream by sitting courtside at a Celtics game in Boston, visiting the Basketball Hall of Fame, and visiting French Lick Indiana just so I could see where my childhood hero, Larry bird, grew up.

Since then there have been games in LA, Miami, Minnesota and, of course, Toronto.

Despite being a life-long Celtics fan, the last five years or so I have adopted the Raptors as my team. I celebrated their win hard so when I had the chance to seek out the Kawhi mural and other celebratory sites, just like the bandwagon I was riding, I jumped on it.

Where to find the Kawhi Mural (and other Raptors Murals) in Toronto?

Ready to seek out the Kawhi mural and other Raptors murals around Toronto? From the King of the North to a shrine to Saint Nick, it’s covered here.

If you are seeking out the Kawhi and Raptors murals on a layover like me, getting into town is super easy. Thanks to UP, the Union Person Express, you can be downtown in just twenty-five minutes. For more details check out my dedicated post on taking UP!

What started out as a 30-foot homage to Kawhi Leonard’s game seven winners versus Philadelphia is now a mural of the Raptors starting five. After clinching the finals the Larry OB was added.

This high-end consignment store’s love of the Raptors doesn’t stop at the door. Inside you will find another mural, this time of the Raptors post-game celebration. At the time of this post, this is the fourth revision.

This spot was originally a Kawhi mural of his anticipation watching the “bounce” fall. This image was made popular by a visit from one Snoop Dogg.

Lowrey Gets the Last Laugh (Queen and Duncan) 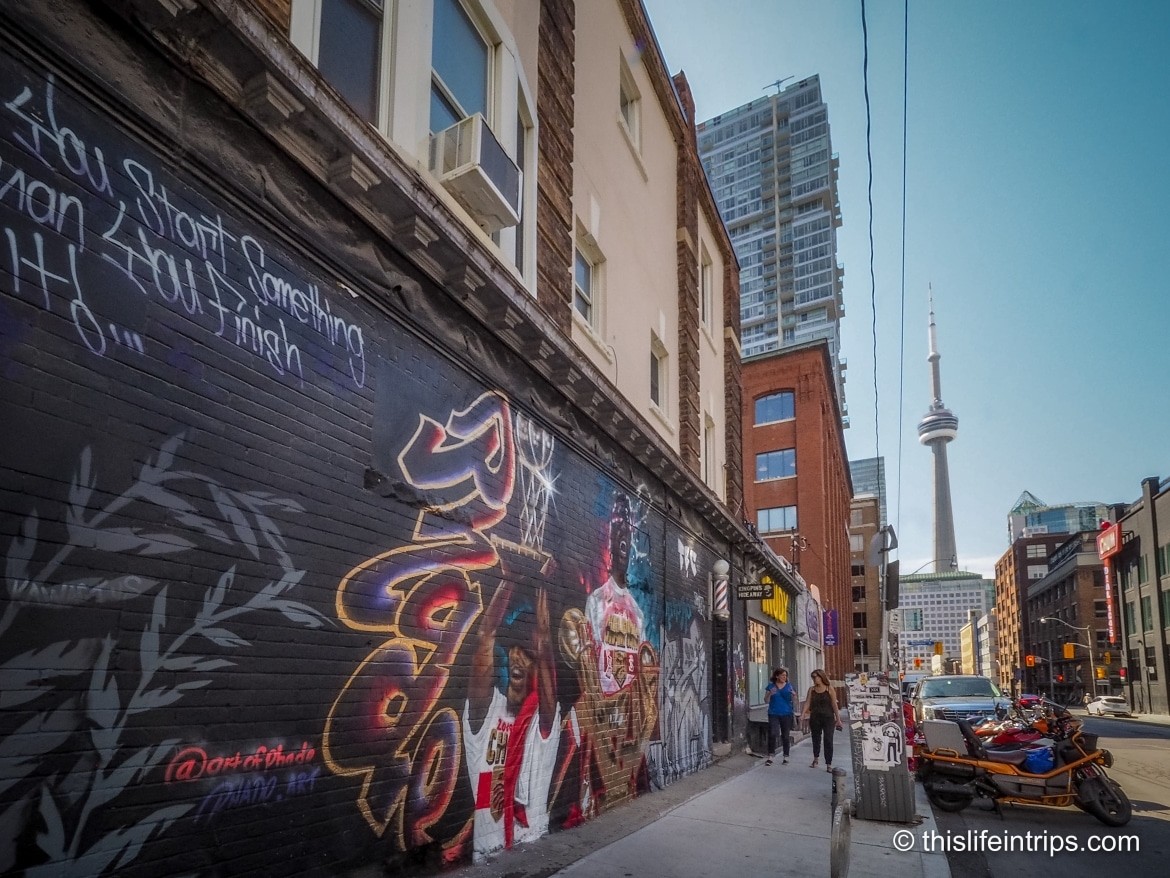 Perhaps taking a queue from its neighbour, the Subway restaurant around the corner from OD has this great Lowery and Kawai mural.

Compare prices on flights to Toronto with Skyscanner 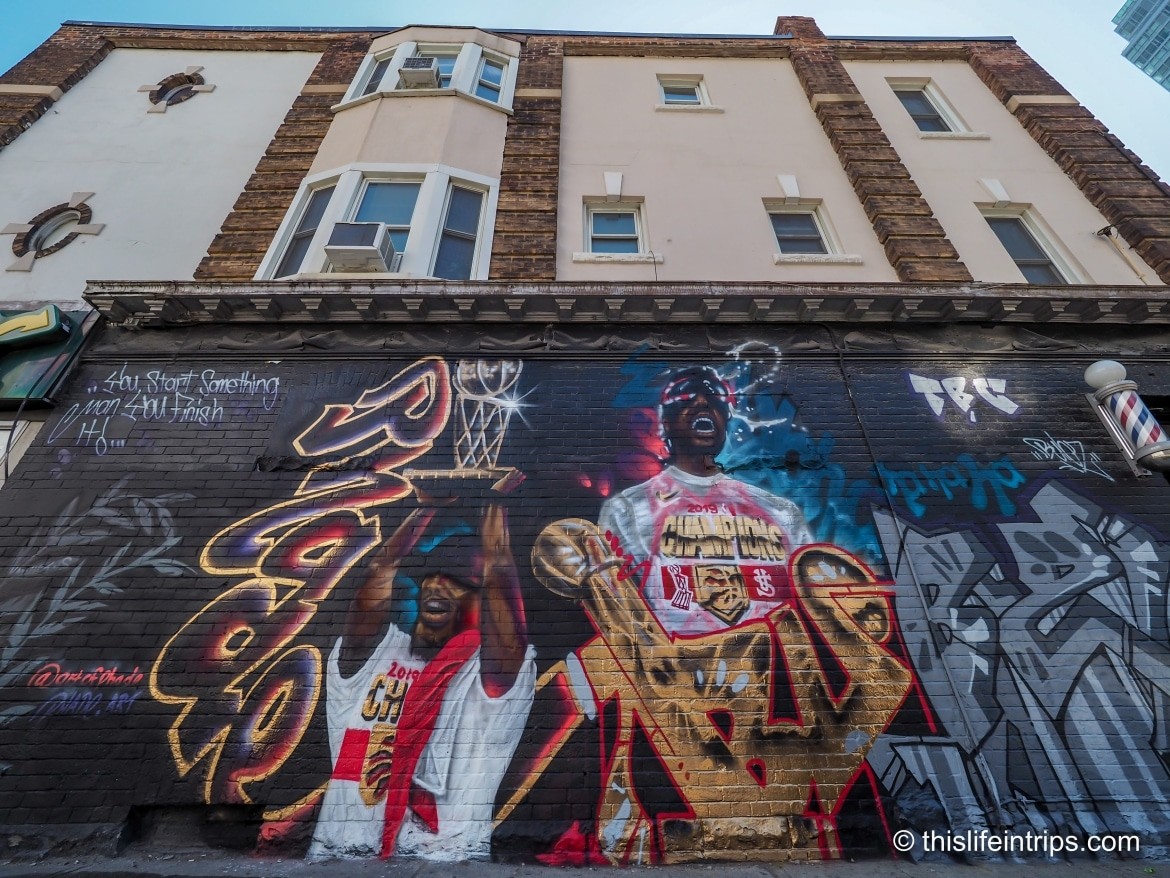 Plastered on the side of FY Ink Tattoos (and currently above a Sol advertisement) you will find this great Kawhi mural. It’s about ten blocks east of the Lowery mural. Smack in the middle is Graffiti Alley, a fitting way to make your way between them.

King of the North (50 Pembroke)

Heading east into the Regent Park neighbourhood just off of Dundas you will find a great Kawhi mural. The King of the North fittingly features Leonard crowned on the side of a brick home.

Saint Nick (the corner of Wellington and John, Toronto)

If you are making your way back to Union Station for a return to the airport, swing past Wellington and John. There you will find a tribute to first-year Raptors coach, Nick Nurse.

Those with more time can head to nearby Etobicoke for this great mural of Drake’s famous trolling. If you are looking to take the celebration to the next level, you’re in the right place. This Toronto Raptors mural is on the side of a Tatoo shop.

We The North on Full Display

Kawhi mural aside, the city has plenty of fun things to celebrate both the Raptors win and ways to entice Leonard to stay. It’s been well documented that the man can eat for free almost anywhere in the city. He even has a free condo should he choose to call Toronto home. But how about this clever advertising from a local strip club?

Or how about a free eye exam?

Also, the city is literally blanketed with “We the North“ banners. From Pearson Airport to the Eaton Center to the tatooed parade route, true north pride is well on display.

Speaking of parade routes, Dundas Square was the final finish line. There, some one-hundred thousand people packed into it just to celebrate with the team.

Then, of course, there is Jurassic Park.

My last stop on this Raptors celebration tour took me to where so many celebrated each win. Located at the east entrance of Scotiabank Arena you will find Mapleleaf Square, AKA, Jurassic Park. Evidence of the win still looms with banners and murals that are sure to be on display for at least the next year, hopefully, longer.

Stepping inside you will find the official Raptors store. It only seems fitting to end this tour in a gift shop!

Stay or go, (UPDATE: gone.) the city has its championship and it has its Kawhi mural. On top of that, there are plenty of Raptors memorabilia sprinkled throughout town to make any basketball fan take note. Again, Raptors pride is well on display. Should the Raptors win the Kawhi sweepstakes I can only imagine what will pop up next, especially if they run it back again.

Till then, Go Raps Go!

What say you?
Thoughts on seeking out the Kawhi Mural in Toronto?
Let’s hear it! 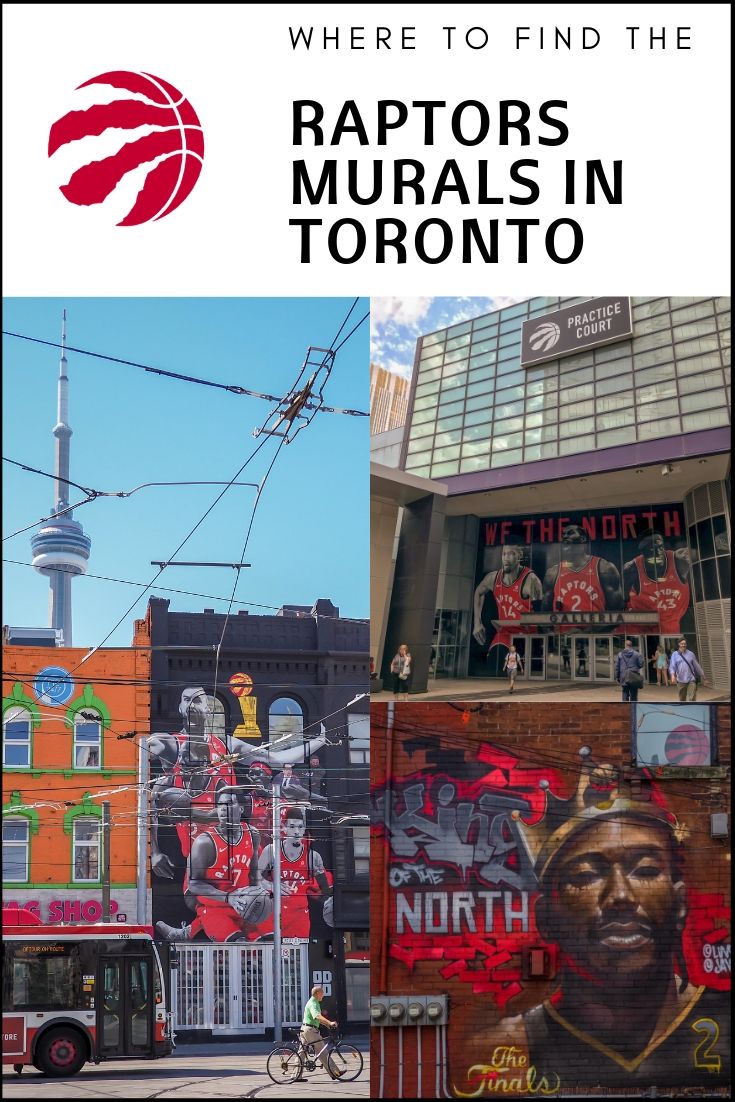