Ever since I fell in love with Newfoundland in 2006 I have longed for my return. So much so that I just used the word “longed” to describe it. It was, after all, my favourite place in Europe to visit that year. That trip was cut short because of a hurricane so I was determined to return and visit Gros Morne National Park. With an aggressive two week trip through four East Coast provinces, my time in Newfoundland was cut short once again.

Still, I had plans to tour the Irish Loop and get on the water to see the elusive, to me at least, puffin. Once again, mother nature had other plans. For three straight days St. John’s, and much of the island, was socked in. Not to be defeated or dampen my return I looked to answer a seemingly common Newfoundland question, what to do in St. John’s when the fog rolls in…and doesn’t leave?

First up on this list of things to do in St. John’s when the fog rolls in is, simply, head indoors. For an island that sees its share of wet, cold, and windy days it should be no surprise that there is plenty to see and do indoors.

The Johnson Geo Centre is a great place to visit on a grey day and shows some insight into Newfoundlands nickname of “The Rock” …literally. Built into and under Signal Hill, visitors can learn all about the exposed rock formations in front of them. Exhibits on the Titanic and the oil and gas industry are also worth checking out. 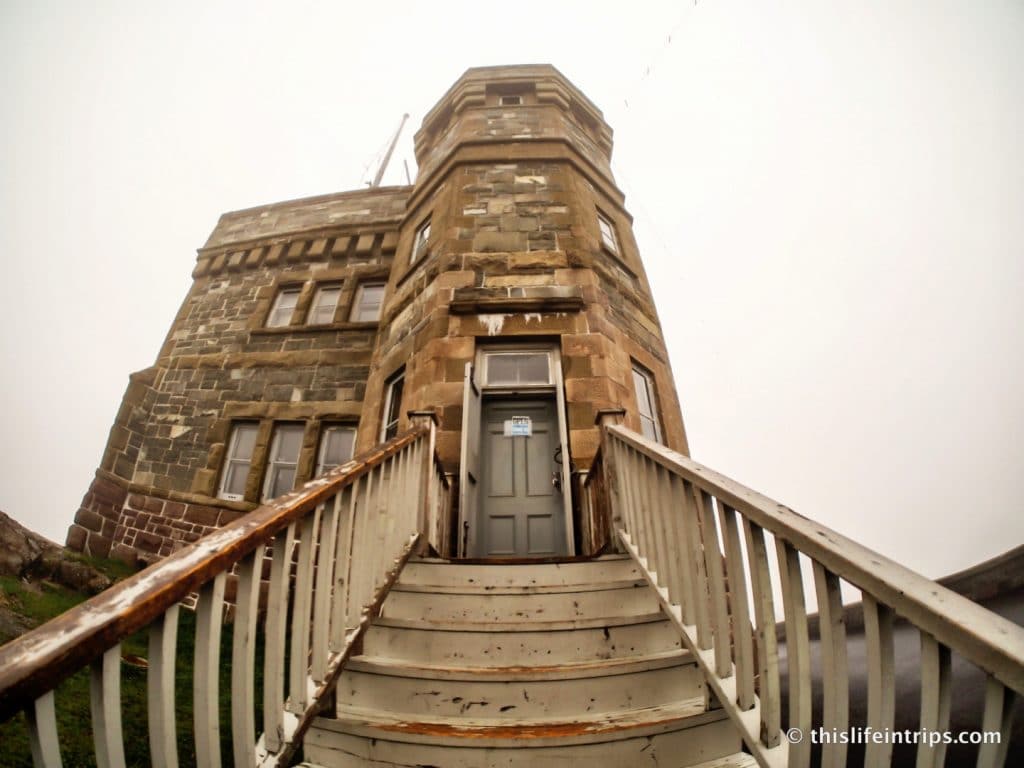 Continuing on up the hill you will find St.John’s most visited attraction and a designated national historical site, Signal Hill. Although the views are best on a clear day, visiting Signal Hill when the fog rolls in is a unique experience. Watch as the city disappears in the field of grey then head inside The Cabot Tower to learn all about Marconi’s famous experiments in the same location where he transmitted the very first wireless signals to Europe. 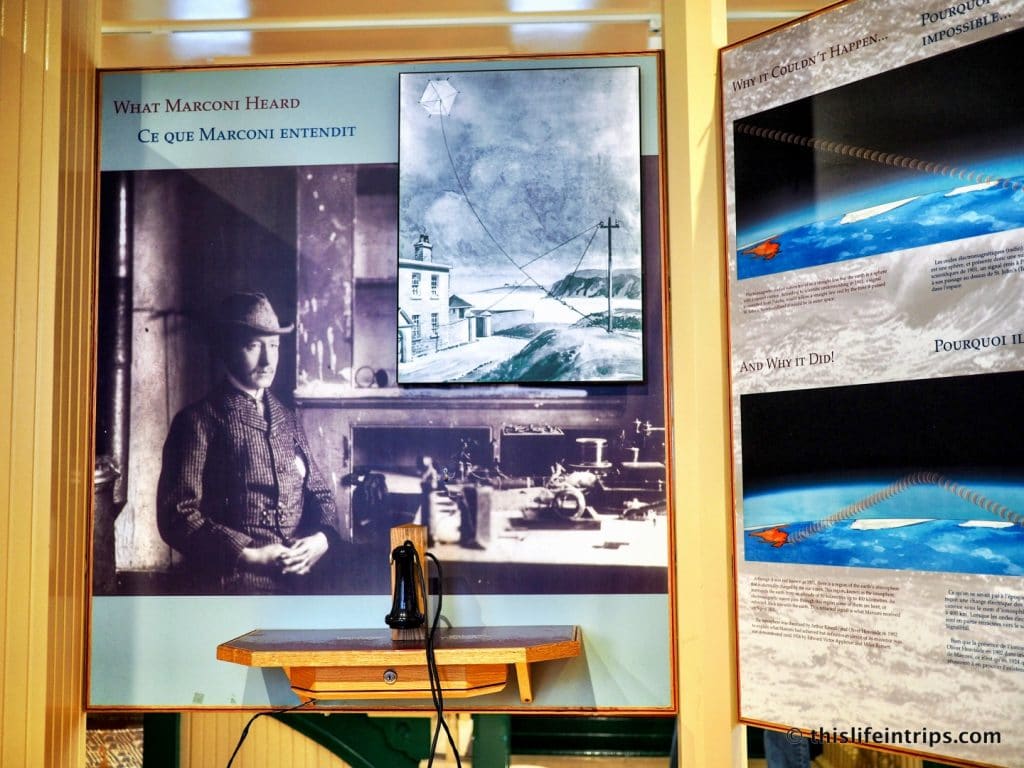 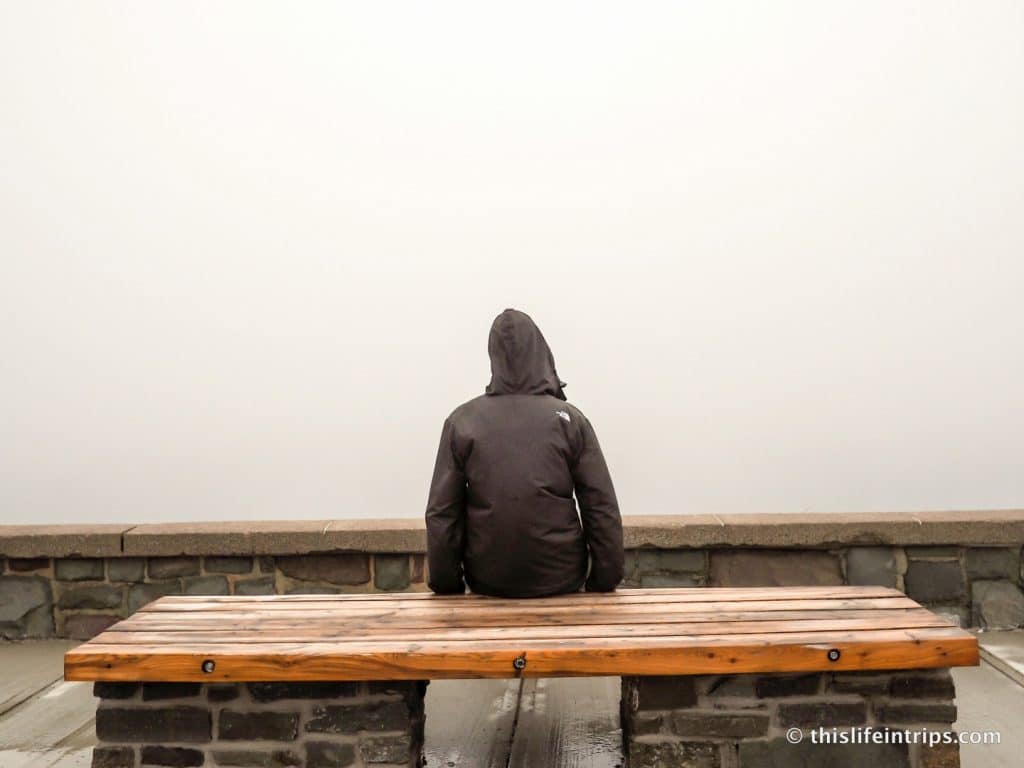 For 90 years Newfoundland was connected by a narrow gauge track known as the Newfoundland Railway. From Port aux Basques to St.John’s the line connected east to west and held the title as the longest narrow-gauge railway in North America. Although no longer running, it’s history has been well preserved at the Railway Coastal Museum which is located in the historic Riverhead Train Station on the shores of St John’s harbour.

Hopefully, Newfoundland takes a queue from the Serbians who have restored a narrow-gauge rail line for tourism, a ride that I highly recommend. Until then this what to do in St.John’s will have to head inside the museum.

Just because the fog rolled in it doesn’t mean the kitchens are closed. St. John’s is home to some seriously unique and tasty eateries. Head to Bernard Stanley Gastropub for local muscles and Newfoundland favourites like cod tongue and halibut cheeks or enjoy one hell of a duck burger. 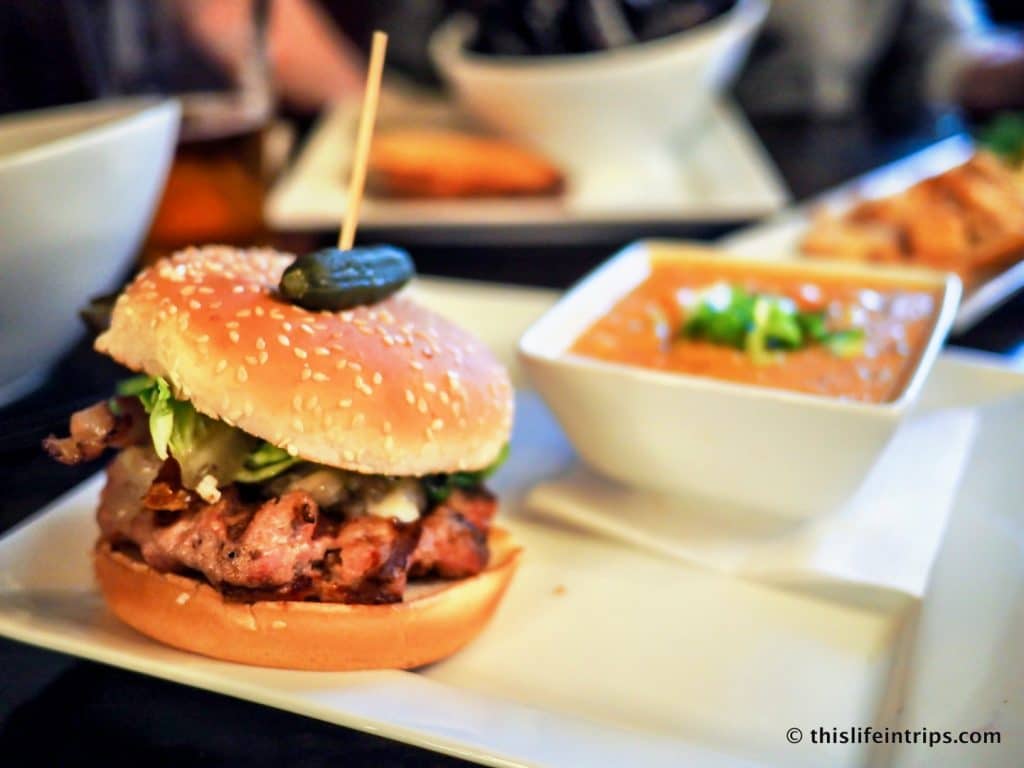 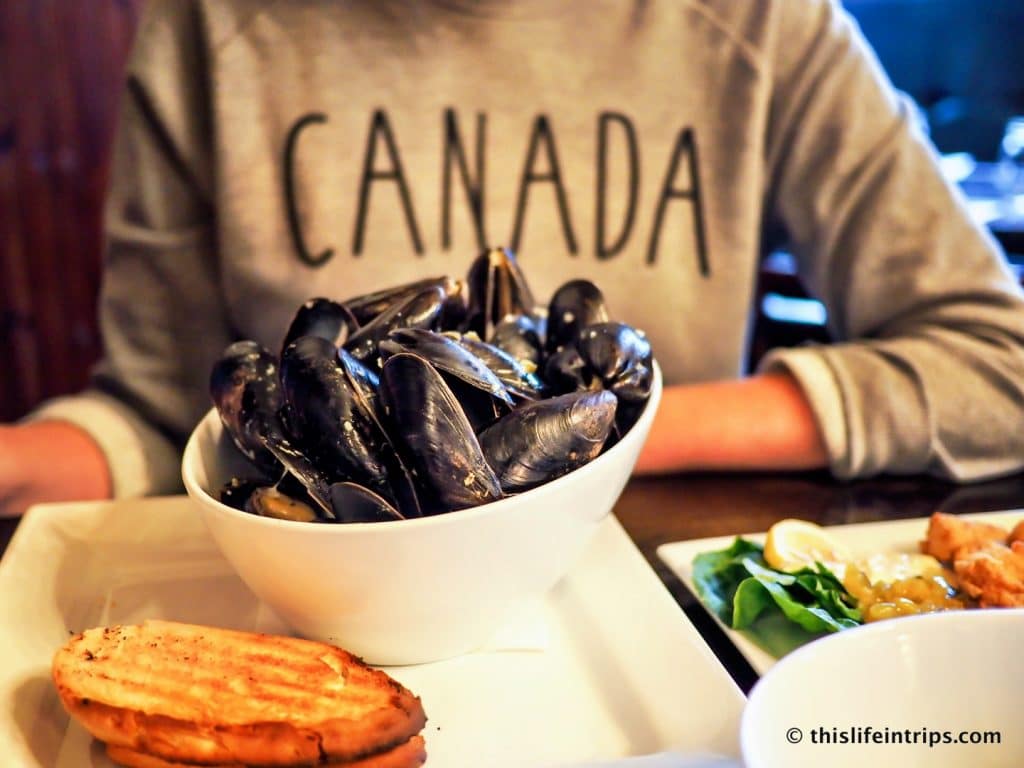 If you’re looking to sop up the previous night out on George Street head to the quirky Bagel café for some Toutons. This heavy fried dough dish is typically served with molasses or maple syrup. Those really hurting or hungry should get the Toutons Sandwich which includes a fried egg, cheese, and baloney a.k.a. Newfoundland steak.

Brace yourself, its a lot of brown. 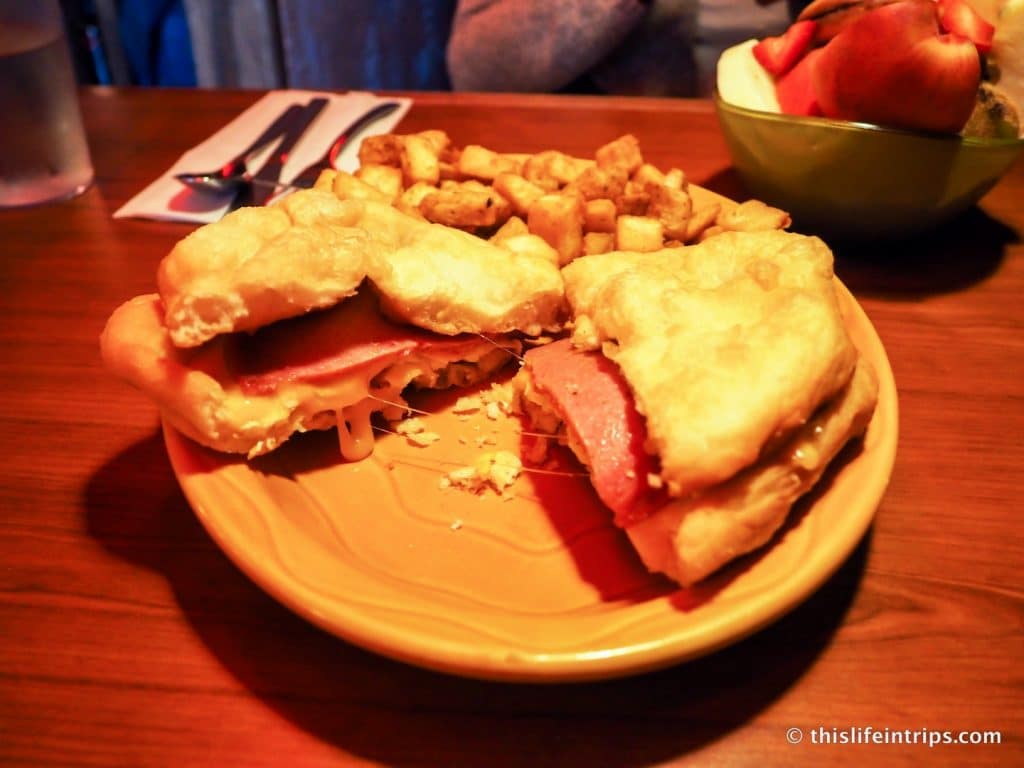 Other eatery favourites I found while looking at what to do in St.John’s when the fog rolls in included the Duke of Duckworth for its fish and chips and Get Stuffed for its quirky menu options like adding a hot dog to any entrée for $1.00…because Newfoundland.

George Street is known for its late nights, great music, and Screech. What I can only describe as maritime moonshine, I found indulging in a shot of this boat gas of a drink (or three) on George Street is best done when the fog rolls in as there is less guilt when sleeping it off the next day.

That said, bar hopping George Street tops my list of what to do in St.John’s regardless of the weather.

Be sure to hit Greensleeves for the entertainment and don’t leave without getting Screeched in! Trapper John’s and Christians both offer this unique ritual, however, the latter is known for its theatrics!

For something a little mellower yet close to the action check out the Yellowbelly Brewery for its in-house craft. Although the beer is just meh, the real highlight of this pub is literally its Underbelly. This speakeasy-style cocktail bar is playfully hidden under the brewpub and serves up great hand-mixed drinks. 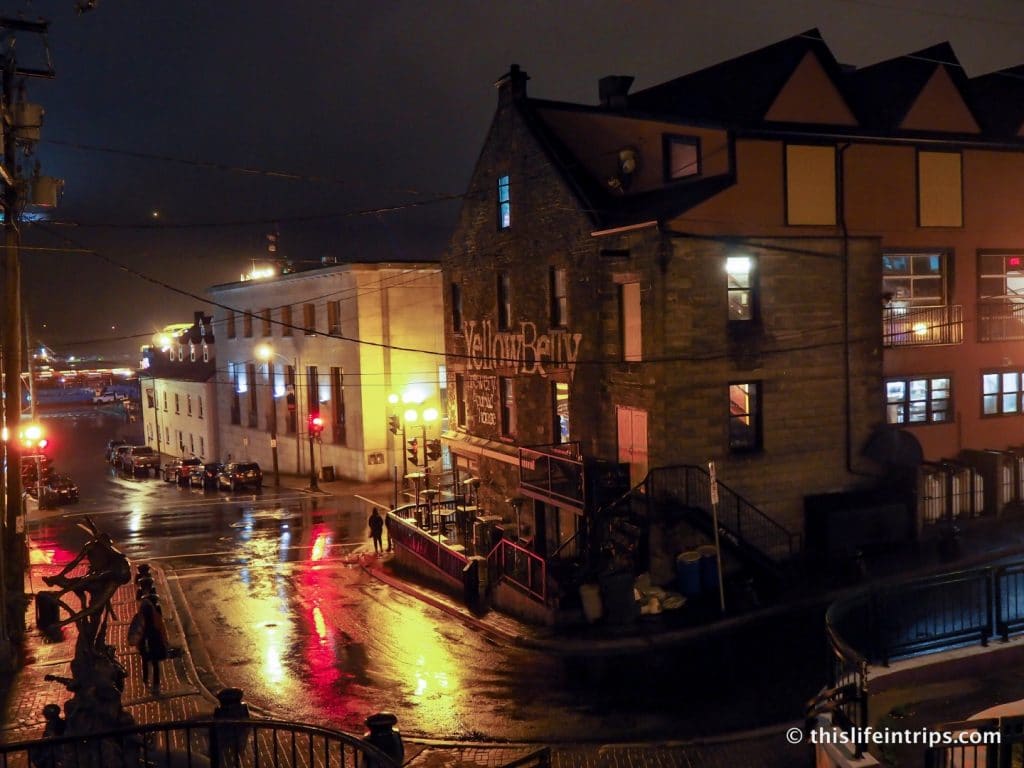 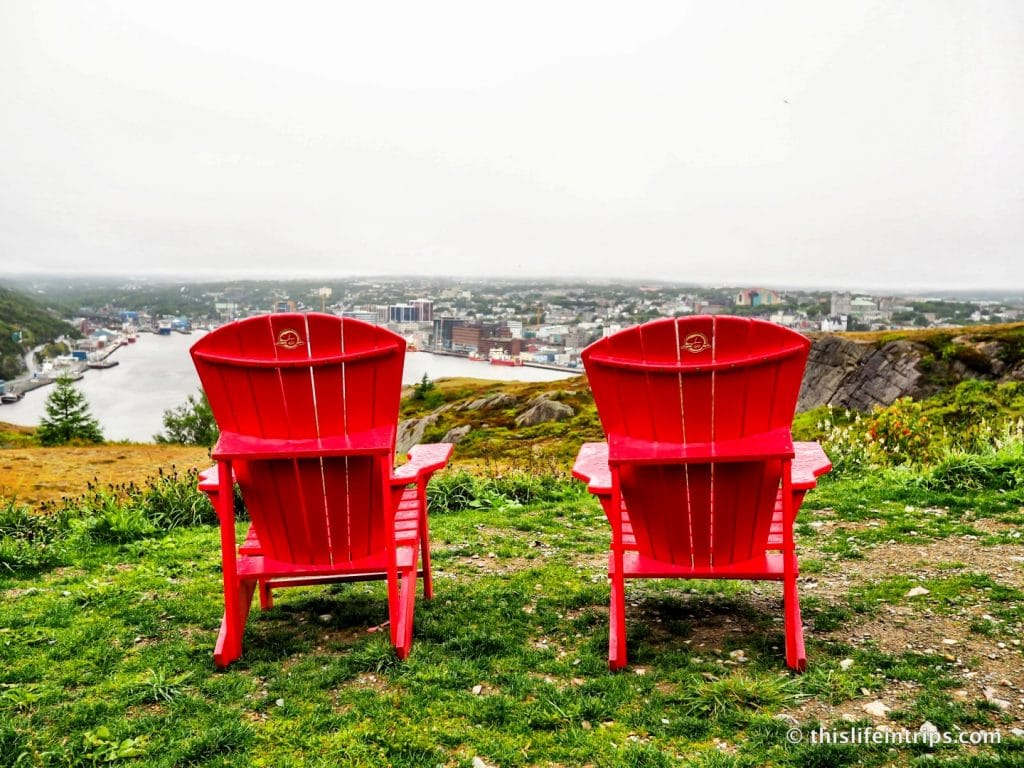 If all the grey has got you down, don’t fret. St. John’s is a surprisingly colourful city. Head to Jellybean Row for its colourful collection of historic houses painted in the most vibrant ways. Situated just above Duckworth and Water Street, this what to do in St.John’s highlight is easy to spot. 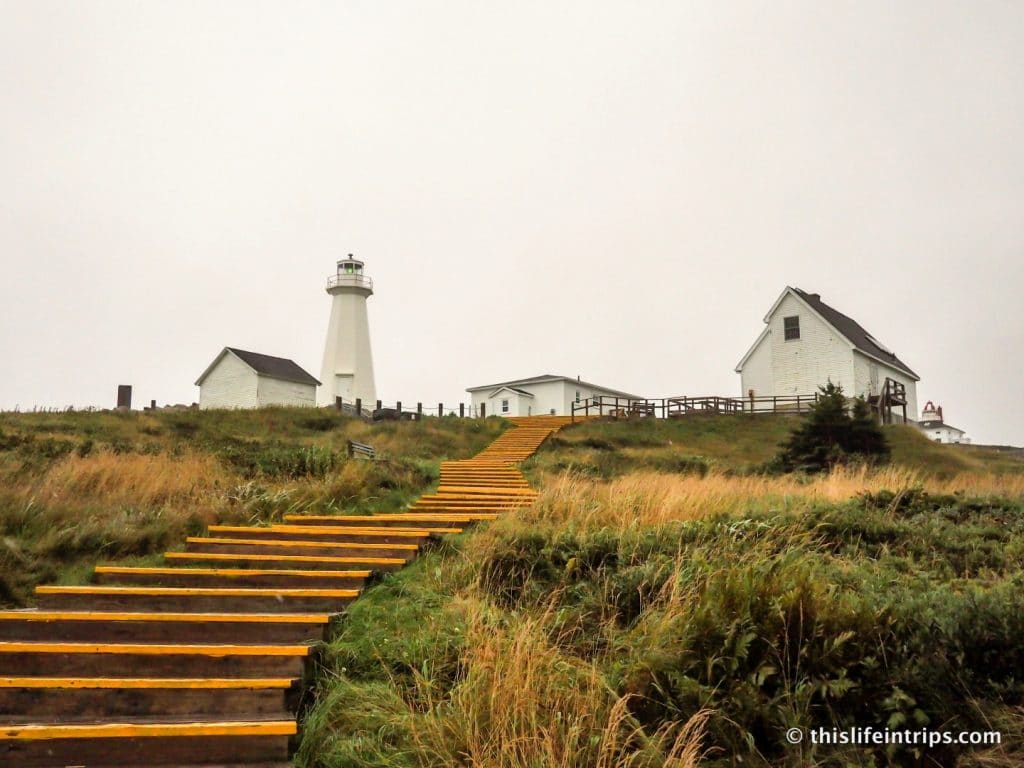 Even if the fog has you socked in, you should still make your way to Cape Spear, North America’s most easterly point. Not only is it a geographically significant part of Canada’s park system, it is rugged and rough and that much more scenic when the wind is blowing. Not only does it provide a glimpse into the harsh conditions the lighthouse keeper had to endure while living and working there, they provide one hell of a show. Brave the winds and watch the crashing waves or park your car in a spot where you can take it all in.

Last up on this list of things to do in St. John’s when the fog rolls in is, simply, relax. Folks from Newfoundland are incredibly hard-working. That doesn’t mean you have to be. 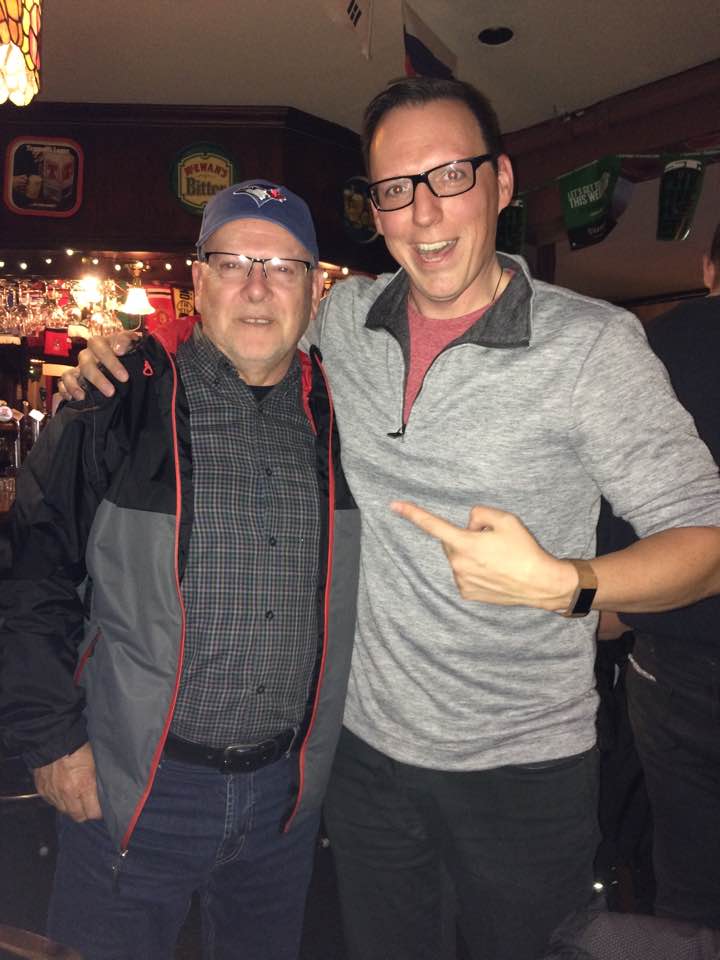 Gray and wet weather goes best with cosy places and a good book. Head to The Battery Cafe for its patio on a sunny day or Fixed Coffee on Duckworth when the day is grey. Both are a great place to relax the day away. Besides being hip coffee shops, they serve Canadian coffee roasters and local treats.

Of course, the pubs can be cosy too. I was lucky enough to relax over a couple pints with my grade 6/8 teacher who now calls St.John’s home. It was a great night and only solidified my love for Newfoundland and its people.

Treating yourself to a nice hotel also helps when the weather isn’t cooperating. I stayed at the musically themed Jag Hotel and loved it. Not only was the room large and comfortable, the blackout blinds aided in my jetlag and hangover recovery. You’re on island time, hit snooze and make the most of that 30 extra minutes 😉

So there you have it, my tips on what to do in St.John’s when the fog rolls in. From museums to colourful hoses to sleeping off a night out on George Street, wet weather won’t sour your time in this great Canadian capital city. 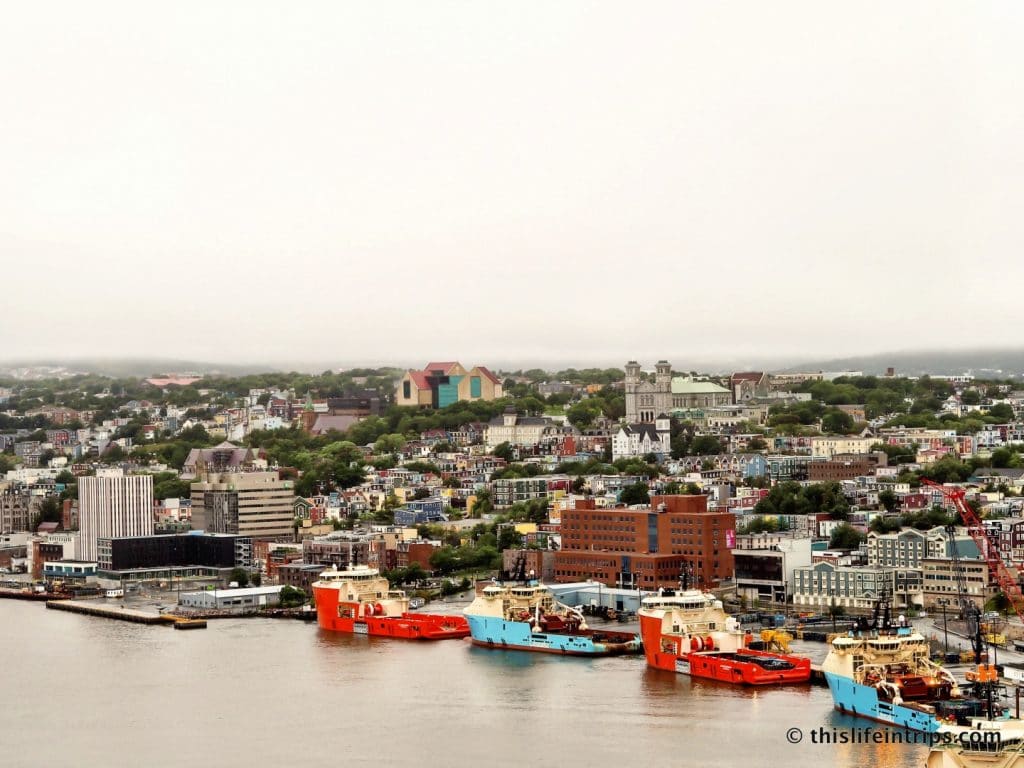 What say you?
Thoughts on what to do in St. John’s Newfoundland when the fog rolls in?
Let’s hear it! 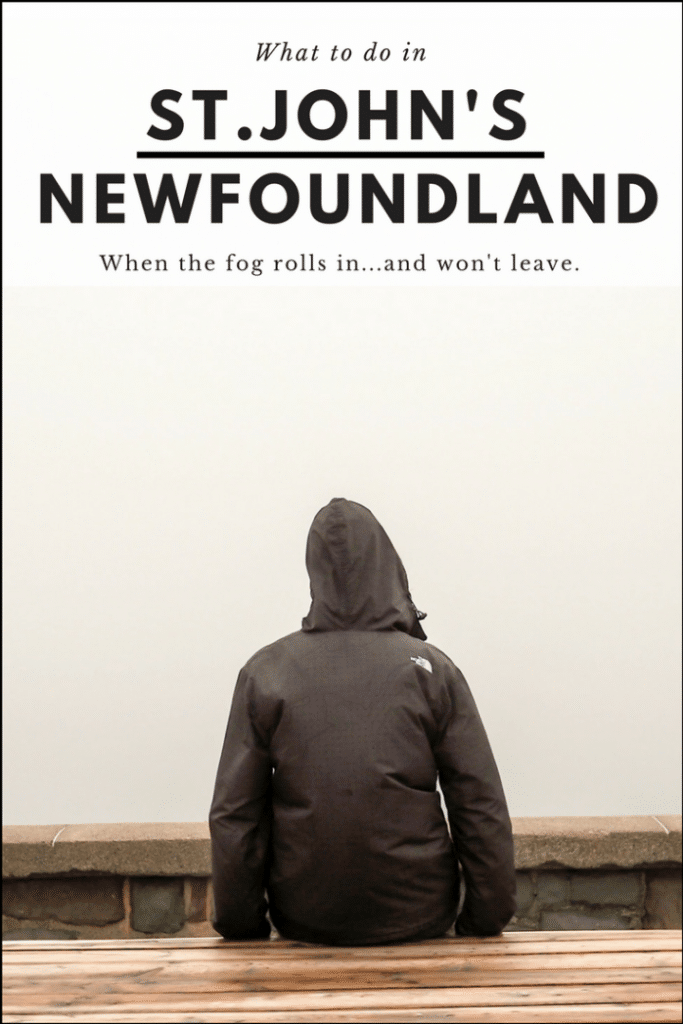 0 replies on “What to do in St. John’s Newfoundland When the Fog Rolls in…and Won’t Leave.”