Welcome to The Peg

Everything I knew about Winnipeg was summed up for me on the front page of the Winnipeg press: A plaque being dedicated to a Winnipeg Jets hockey player and Burton Cummings doing a concert. I thought this was great and so stereotypical. The Jets have been out of this city for at least 10 years now but Winnipegites… Winnipegonions…pegger’s still cheer for this non-existent team. Talk about dedication. In merchandise alone they must out rank Phoenix, their new home. There are even numerous fan sites dedicated to the Jets and bringing them back:

These also most likely receive more hits than the Coyotes ever will. 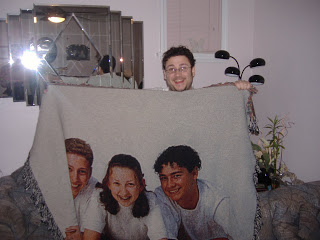 So I was very curious to see what a city with such die hard fans (literally as the team is decease) is all about.

Dave picked me up at the airport with a friend of his and we toured the city. First impression, it is much bigger than I thought. We got dropped of at Dave’s moms place in the french quarter of the city where we had a few beer and watched the NBA all star events. Sadly, no maple syrup was consumed. The highlight of my weekend was definitely the blanket Dave’s mom had with her kids pictures on it:

It was so funny I couldn’t even laugh.

We headed back to Dave’s friends place before heading out to a truly Manitoba event, the social. Basically a hall party, a social is typically held to raise money for a wedding. In this case it was to help out a family that had a son go through a car accident in Mexico. He
is ok but the coast to get him recovered was astronomical. After the social we headed back to Dave’s friends place and drank till the wee hours.

The next day, feeling very rough we went down to the forks for something to eat. The

forks is where the Red River and Asinaboine meet. They have a very cool market with restaurants and stores as well as a skate park, stage, and numerous places to go skating. It is a very neat place and would love to have something like it in Edmonton. Seeing a grizzly looking man in flannel (head to toe) I was inspired to get the Lumberjack breakfast. This resulted in the Lumberjack shitz shortly after…great facilities at the forks though. 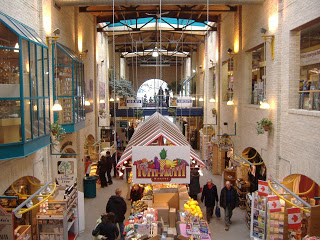 We spent the rest of the day driving around seeing “the sights” and drinking peptobismal. That night we watched a documentary on severely obese people and what there typical daily meals where like. It was disgusting what they ate. This inspired us to go for wings. Around 12:30 we went back to Dave’s place to find that he not only forgot his house keys but van keys as well. We walked a few blocks to his friends place where, not wanting to wake up his friends dad, Dave contemplated scaling the wall to the balcony. Before Spiderman sprung into action his friend came out to his car in his shorts as he thought someone was trying to break
into it..again. Turned out there was some commotion next door which led to more than a few cop cars showing. Good thing Dave wasn’t half way up the building at the time.

The next day I foolishly said I would drive Dave to the airport…at 6:00 am. He headed back to Edmonton and I stayed as I am working here for 2 weeks.