Whitehorse, the tiny capital of the Yukon, is one of Canada’s most northernly cites. Located a short two-hour twenty-minute flight north of Vancouver, it makes for a uniquely cool weekend escape. It may be known as Canada’s driest city but rest assured, that is only due to its annual rainfall, or lack thereof. There is no shortage of things to see, do eat and drink with a weekend in Whitehorse. Here are a few of my favourites.

From the Midnight Sun to the Northern Lights, the Yukon offers incredible natural wonders no matter the season. I spent my weekend in Whitehorse on a long weekend in August so will focus on summertime activities in and around town. That said,    Whitehorse is incredibly compact and therefore easily walkable, sunshine or snowfall.

Compare prices on flights to Whitehorse with Skyscanner

First up on this list of what to see with a weekend in Whitehorse is, simply, the town itself. Much of the city’s charm can be found in the buildings in its compact downtown core, many of which are original from the boom days. Get your bearings while enjoying this unique and historic couple of city blocks. 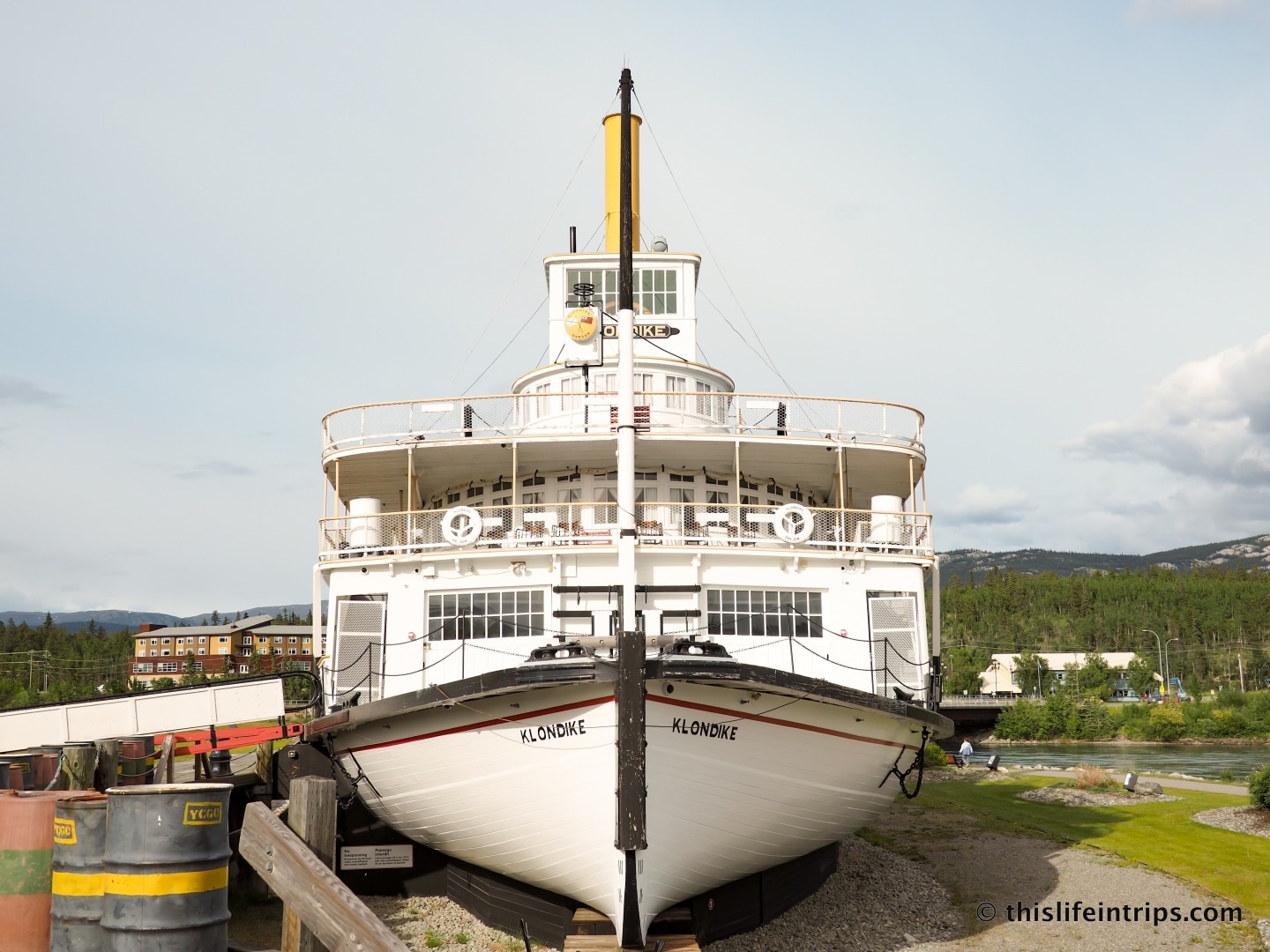 Perched on the banks of the Yukon River is the city‘s biggest reminder of its gold rush past, The SS Klondike. This historic steamship once ran freight up and down the river, servicing the communities along the way. Today it is a designated National Historic Site of Canada and can be explored with a tour guide or on your own. 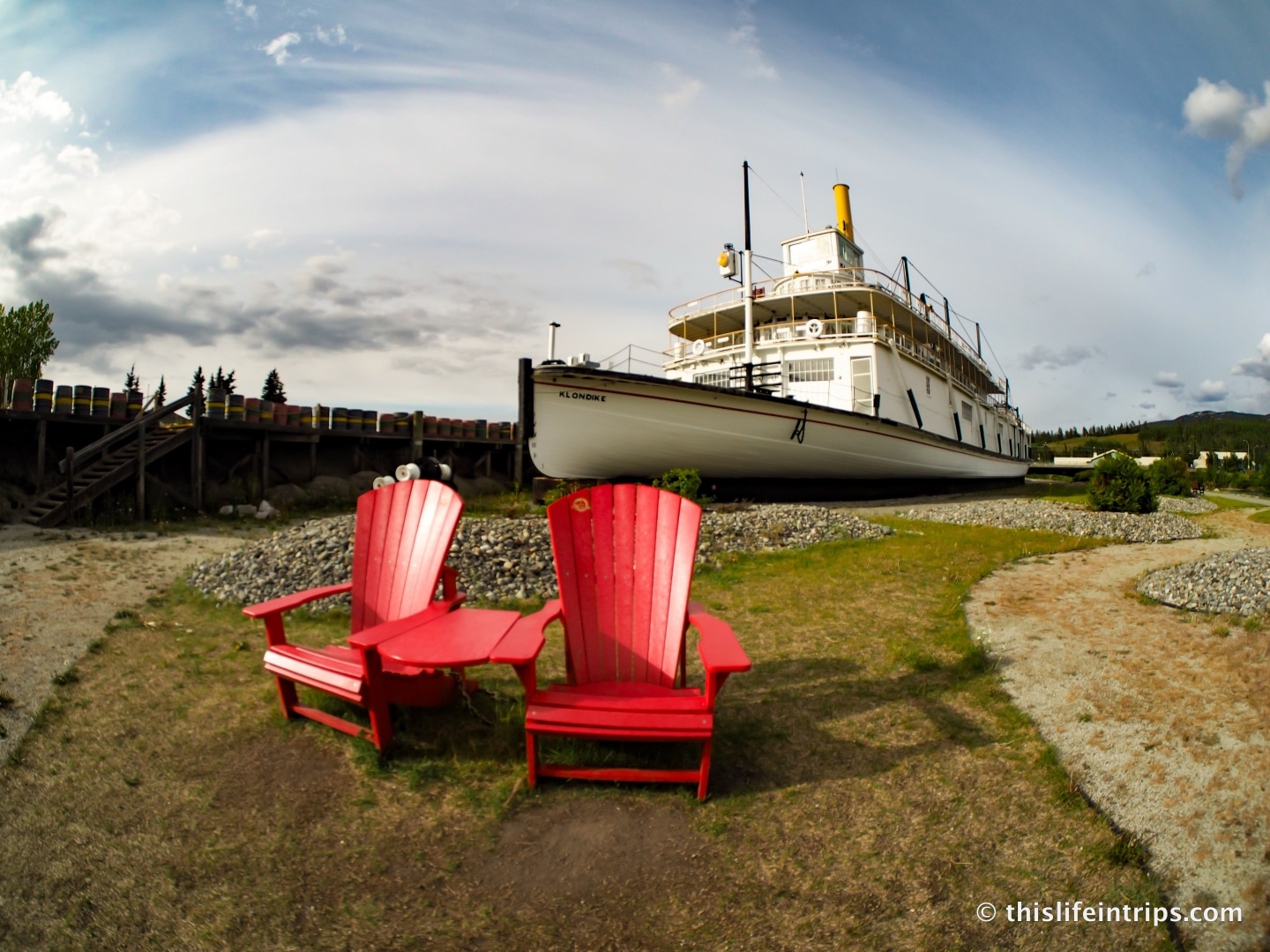 From the SS Klondike, make your way back to town along the riverside pathway. If your weekend in Whitehorse falls on the summers months, rent a bike for a scenic five-kilometre loop along the Millenium Trail.

At the end of Main Street, you will find the Yukon River Viewing Wharf. This waterfront platform is a great place to take some pictures and relax by the rushing water. It is also home to an eleven-metre tall Healing Totem which is dedicated to those affected by the Canadian residential school system.

Post waterside stroll, head to the nearby Macbride Museum. Dedicated to preserving the Yukon’s history and heritage, this large museum features over 40,000 pieces spanning First Nations culture to the Gold Rush.

With downtown Whitehorse highlights covered, let’s look beyond the city limits. A weekend in Whitehorse is plenty of time to explore its nearby sites. A word of warning though, car rentals in the Yukon are not cheap. Unlimited Mileage is not included but with two-hundred included kilometres a day you will have more than enough to do some very Yukon things.

Just 40 kilometres south of Whitehorse you’ll find one of the Yukon’s most photographed places, Emerald Lake. With its teal blue water and mountain mirrored reflections, it’s easy to see why.

There is a roadside pullout to snap some pictures from however to get away from the tour buses head another minute south to the lakeside access road.

Another five minutes down the road and you’ll find a seemingly out of place Canadian highlight – the Carcross Desert. This 640 acres of sand was formed some eleven-thousand plus years ago by receding glaciers and dried up lakes. The result is a peculiar sight, hills of sand in an otherwise frozen landscape.

The area is also used by tourists and locals for some fun. Sandboarding, off-roading, and snowboarding in the winter are all popular activities here.

An additional five-minutes past the sand dunes lies the postcard-perfect town of Carcross. Settled between Bennett and Nares Lakes, Carcross draws a crowd for its beauty and its locations on the rail line. Visitors from cruise ships docked in Skagway Alaska make their way along the White Pass into Carcross and are rewarded with culture, sandy beaches, and my favourite stop while spending a weekend in Whitehorse.

Take a stroll along the sandy beach and pedestrian bridge before heading to Carcross Commons. Don’t miss stepping inside the Mathew Watson General Store, the oldest operating store in the Territory,  and coffee at Caribou Crossing!

On the way back to Whitehorse, stretch those legs with a quick (or long) stroll along Miles Canyon. The scenic pathway along the Yukon River kicks off with the 97+-year-old Robert Lowe suspension bridge.

Those looking to go a little further can follow the river bend and make the three-and-a-half kilometre hike the Canyon City, an abanded historical mining settlement.

READ MORE:     What to See, Do, Eat and Drink in Dawson City Yukon

On top of being a cool place with many nearby highlights, Whitehorse is also a great foodie town. Here are a few favourites to try with when spending a weekend in Whitehorse:

The food at this seasonal favourite is as good as the history of its building. Built-in the early 1900’s as a bakery, it later became Klondike Airways, a company specializing in deliveries without an aeroplane. Since then also served as a carpentry and coffin shop. Evidence of this is well on display inside and out with nostalgic quickness to spare. Today it specializes in homemade dishes is featuring northern fish and meat such as Bison, Elk, and of course, Salmon. Also, their fish and chips are world-famous!

This bar/restaurant features BC craft beer as well as local Yukon Brewing. The food is surprisingly high-end for a bar in Whitehorse. Highlights include its pizzas and halibut burger. Northern favourites such as Arctic Char and Bison can also be enjoyed here.

Find the best deal, compare prices, and read what other travellers have to say at TripAdvisor

Whitehorse is well ahead of the craft beer craze thanks to Yukon Brewing. Established in 1997, today its beer can be found in stores as far away as Quebec and Germany. Although known for its Yukon Gold English Pale Ale, guests can sample several seasonal brews in its cosy tasting room.

For my weekend in Whitehorse, I stayed at the recently renovated Edgewater Hotel. It’s conveniently located in downtown Whitehorse and across the street from the Yukon River. It is also within stumbling distance of the Dirty Northern pub which won me over! Rooms are modern and clean despite being located in a historic gold rush era building.

On a separate weekend in Whitehorse trip, I stayed at the more budget-friendly Best Western Gold Rush and can recommend as well. Rooms are cheaper but, like everything else in town, is still within walking distance to all highlights.

Wrapping up this Weekend in Whitehorse

There you have it. A weekend in Whitehorse filled with plenty of great things to see, do, eat and drink. Whitehorse makes for a uniquely northern Canadian escape that offers a compact trip covering history, natural beauty, and northern culture. With direct flights from Vancouver, Calgary, Edmonton, and even Frankfurt Germany, it is also incredibly accessible.

What say you?
Thoughts on this weekend in Whitehorse itinerary?
Let’s hear it!