2017 marked Canada’s 150th birthday and because of that, saw me do some very Canadian things. I road tripped around the Maritimes, drank a shot of whiskey with a severed toe in it, and discovered Ontario’s very Canadian origins. From coast to coast to coast I jammed a lot of Canadiana in, none of which was more Canadian than the good old hockey game and visiting the Hockey Hall of Fame in Toronto.

This is my Hockey Hall of Fame review and why it should be added to your Toronto itinerary, Canadian or not. 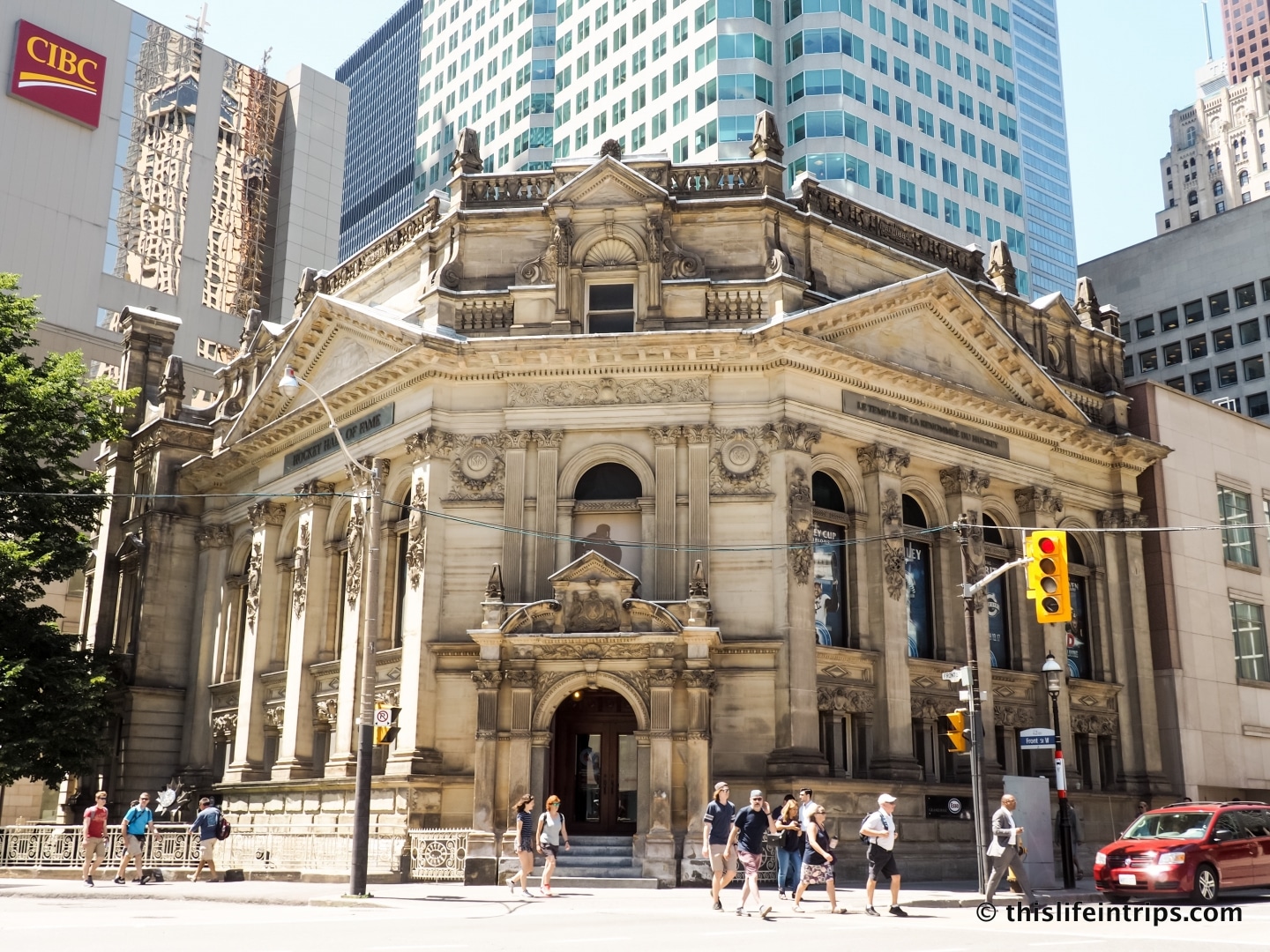 Built as a shrine to Canada’s favourite game, inside you will find interactive games and memorabilia from the games greatest. If it’s hockey, you’ll find it here. 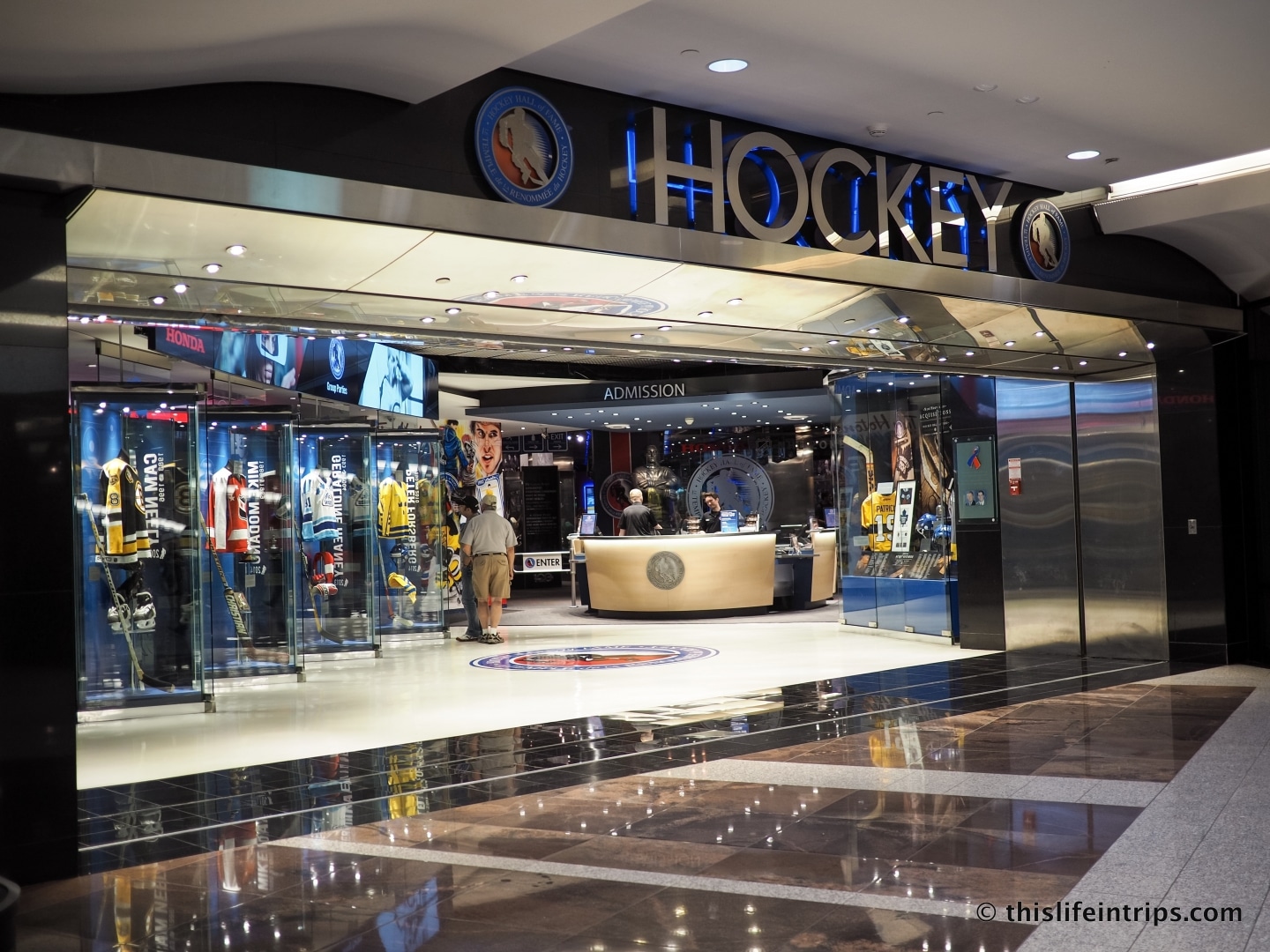 Winding its way through the museum is the Esso Great Hall, a “cathedral to the icons of hockey.” There you will find the inductees stats alongside interesting stories, jerseys, and trophies.

On my visit to the Hockey Hall of Fame, there was also a limited expedition celebrating the games 100 best players to commemorate the NHL centennial season. This is essentially an expanded version of some of the inductees on display. 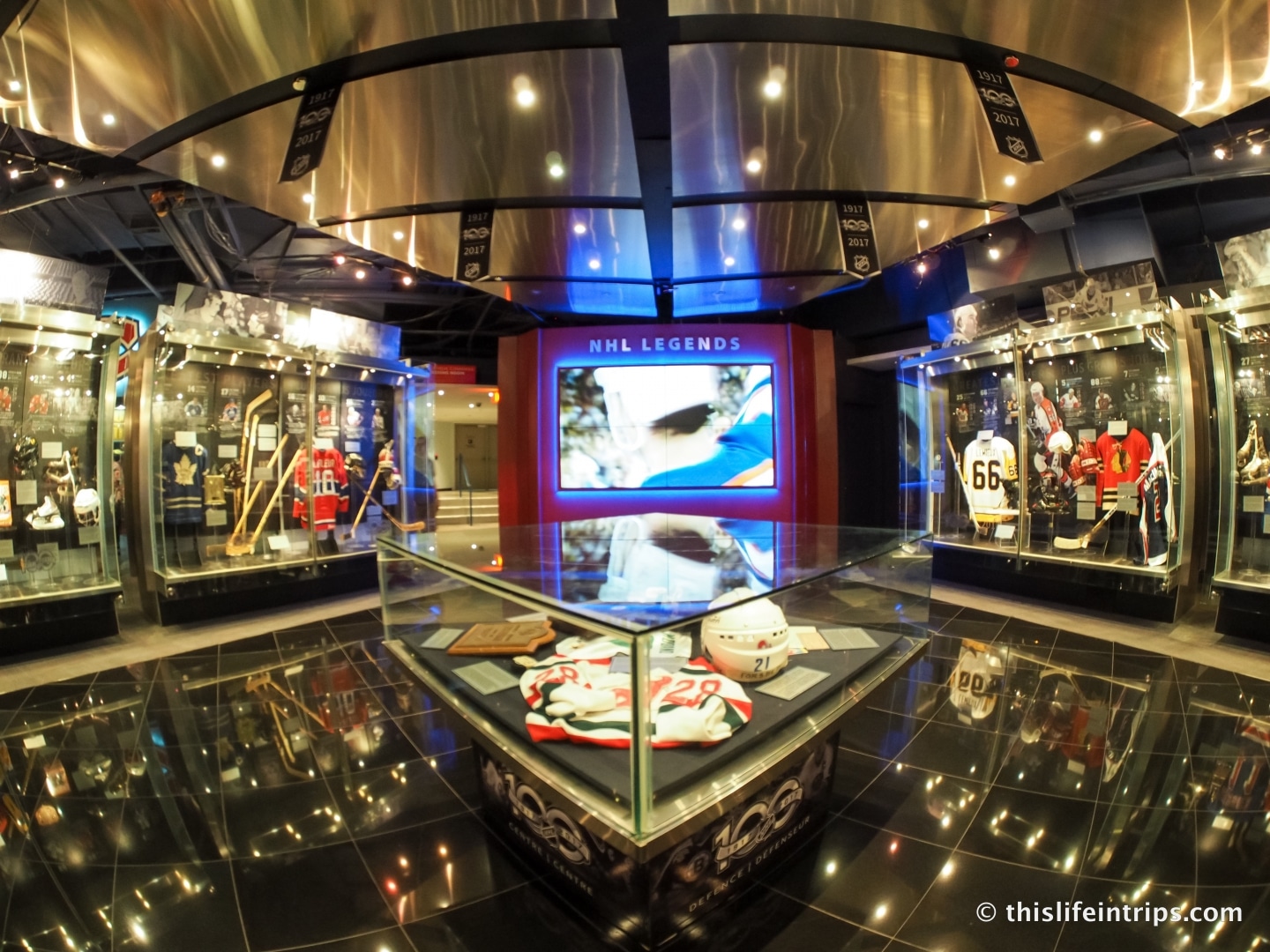 The most interesting takeaway for me is how much the game has evolved over this span. From the hockey equipment (or lack of) to stand up goalies and the size and speed of the game today, the transition is pretty clear when visiting the Hockey Hall of Fame.

NHLPA Be a Player Zone.

Visiting the Hockey Hall of Fame isn’t all reading placards and ogling memorabilia behind glass. The museum is also crazy interactive. Take your shot at a variety of games to test your skills, play trivia, or get behind the broadcast booth to call a game.

The World of Hockey 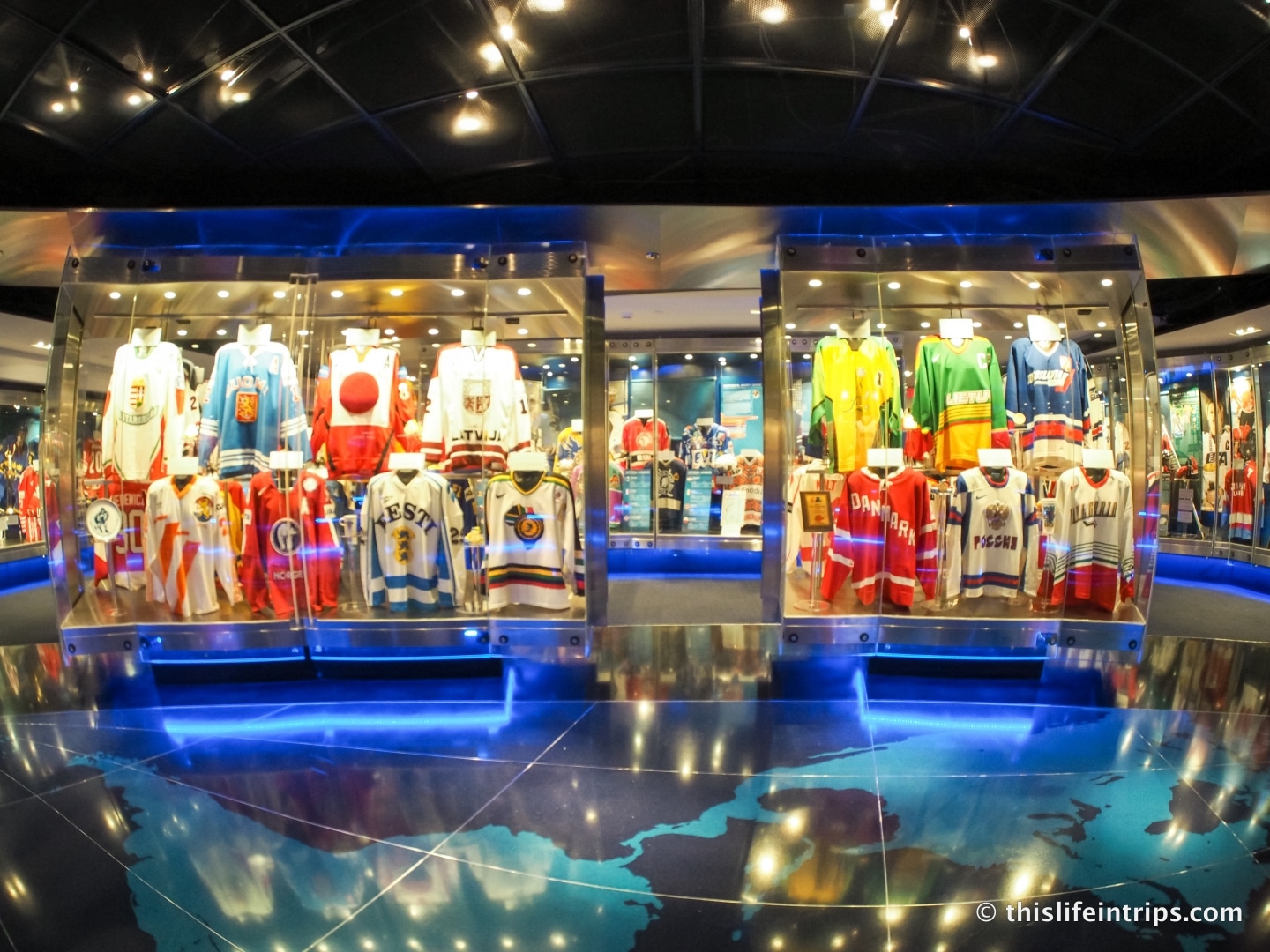 Another great section to see when visiting the Hockey Hall of Fame is one dedicated to the game beyond the NHL. In the World Hockey Zone, you will find countries from around the globe and their representatives and contributions to the game in IIHF tournaments as well as Winter Olympic Games. 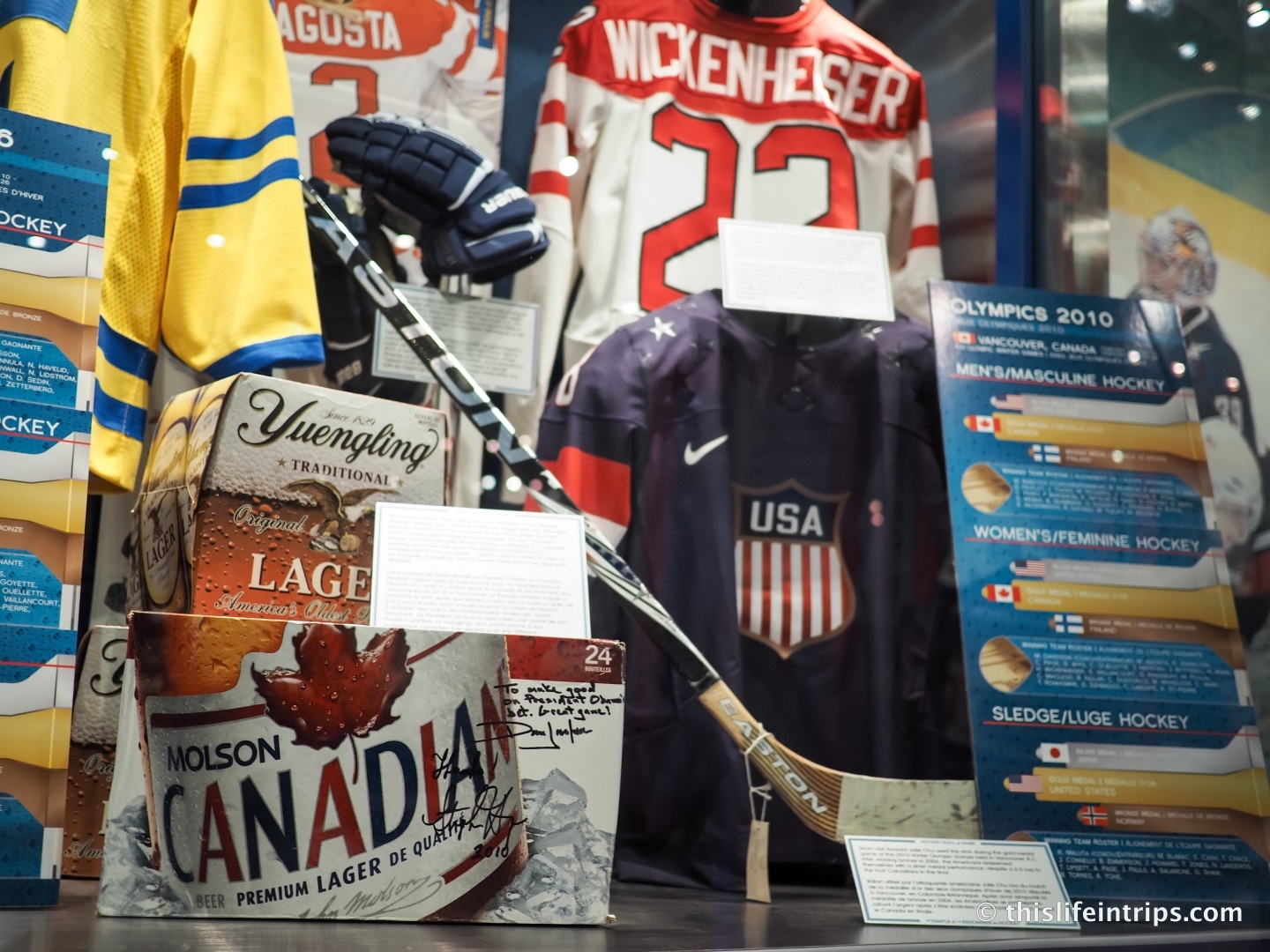 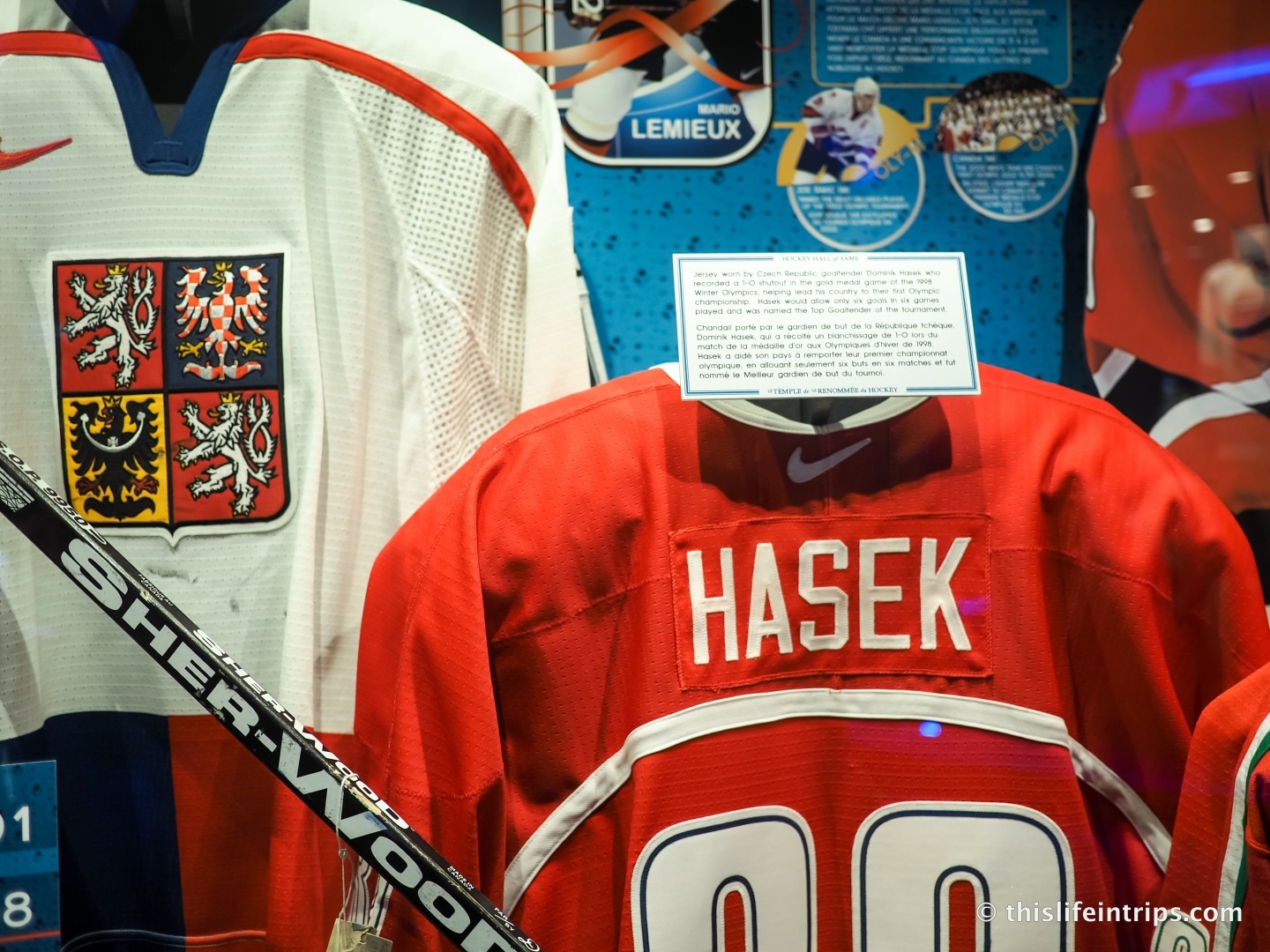 Any proud hockey-loving Canadian should not skip over this area as it includes a display of memorabilia from Sydney Crosby’s 2010 Winter Olympic’s overtime winning “Golden Goal” and the “Lucky Loonie” buried at center ice during the 2002 Winter Olympics in Salt Lake City, a year that saw both the men’s and women’s team take home gold. 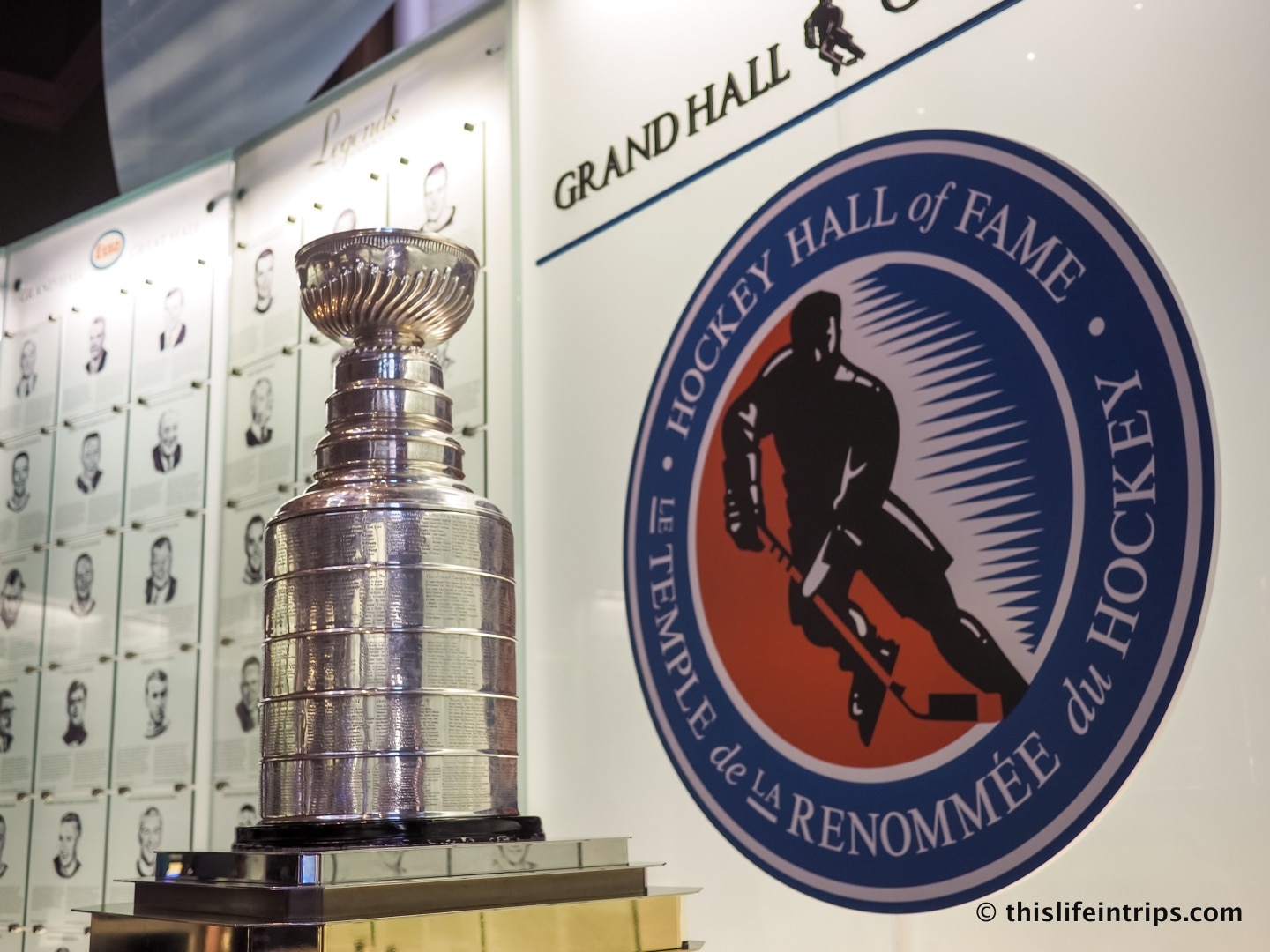 Of course, the highlight of visiting the Hockey Hall of Fame is getting up close to the games greatest prize, the Stanley Cup. Fittingly located in the former bank’s vault, the great hall also includes the original cup with the rings removed over the years as well as many other NHL trophies.

I have travelled overseas just to cheer my country on so I may be a bit biased but visiting the Hockey Hall of Fame should be on every Canadian or hockey lovers list. This truly is a visit to the holy land of hockey and presents the history of the game in a fun, interactive, and interesting way.

What say you?
Thoughts on visiting the Hockey Hall of Fame in Toronto?
Let’s hear it! 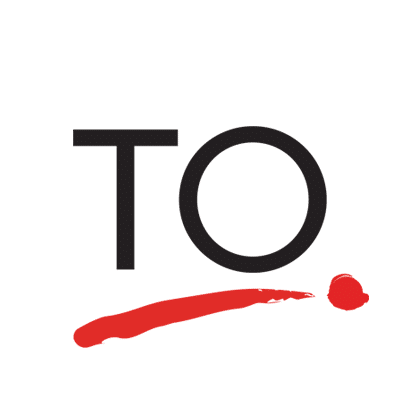 My time visiting the Hockey Hall of Fame was made possible by Toronto Tourism.
As always, the experience, opinions, and the overdose of Canadiana are my own.