Canada‘s contribution to the world of aviation is both interesting and significant. There’s no better place to take it all in in the Canadian Aviation and Space Museum in Ottawa. Come along as this aeroplane nerd takes it all in.

How do you get to one of Ottawa’s most popular museums? Car, foot, bike, bus, or even private plane!

The Canadian Aviation and Space Museum is located in the northeast part of Ottawa next to Rockcliff airport. Those with a personal plane can fly to the museum front door.

For those with a car, the museum is a short drive from downtown Ottawa. At the time of my visit, parking on-site was $3 per hour or $8 for the day. A short Uber ride there and back will run you ~$25-$30 and bus #15 and #7 stop nearby. Those looking to take in Ottawa’s scenic bike and walking trails can access the

Tickets and time slot availability are available online and cost $15 for adults, $13 for seniors and students, and $10 for children 17th.

Note: The Canadian Aviation and Space Museum is free between 3 and 4 PM.

Compare prices on flights to Ottawa with Skyscanner

The main exhibit at the Canadian Aviation and Space Museum takes visitors on a journey through Canada‘s contribution to the skies and beyond. This begins with Alexander Graham Bell (yes, the Alexander Graham Bell) and his Silver Dart. This was the first powered aeroplane to fly in Canada.

On February 23, 1908, the Silver Dart took off from the frozen shores of Baddeck, Nova Scotia. There is a great museum in Baddeck celebrating this historic flight and other Bell contributions.

From the bay of Baddeck, the Canadian Aviation and Space Museum takes you to the skies of Europe with a collection of WWI planes. The collection includes a Sopwith Camel and a Fokker D.VII.

Additionally, you will find a Curtis JN-4 Canuck, the first mass-produced plane in Canada.

I grew up in northern Canada where bush planes were just a part of life. With much of the north spread out unpopulated, Bush planes became a lifeline to Northerners. They played a role in delivering supplies and freight as well as search and rescue efforts. It was odd to see planes I grew up flying in but there they were, Beavers and all. Understandable as they were incredibly important in developing and supporting Northern communities. They still are to this day.

Canada’s contribution to war efforts are well known. Soldiers fought and died by the thousands overseas. What may be lesser known is that roughly 500 Avro Lancasters, one of the most successful bombers during the war, were built in Canada. My grandmother even worked at the parts counter at one of the factors.

Other World War II aircraft on display and of note include a Spitfire, a Hurricane, and a rare Messerschmitt Comet taken as a trophy.

There are a couple of jet fighters on display at the Canadian Aviation and Space Museum. This includes a CF 18 Hornet, Canada’s current Air Force fighter of choice, however, the true Canadian draw is the Avro Arrow. This supersonic jet was extremely advanced at the time of development and would have set Canada aircraft development lightyears ahead however an ordeal filled with conspiracies played out. No flying Arrow survived and one was actually ditched into Lake Superior in an effort to erase what was seen as an expensive mistake by the Diefenbaker government. He opted for an American missile system to protect Canada’s Northern shores. Decades later, these systems remain, rusted and unused.

The Canadian Aviation and Space Museum has a great display on the Avro Arrow along with a recreated nose and cockpit section.

Fly in a World War I Biplane!

If you want to take your visit to new heights, you’re in luck. For a small fee, guests can climb aboard and fly in a World War I open cockpit biplane!

I had the absolute pleasure of flying in a biplane in New Zealand and can say it was one of the most exhilarating experiences I’ve ever had. On this visit, sadly, the required double occupancy and I was flying solo. Good excuse to return with a guest!

From Bell‘s contribution to aviation to the Canada Arm repairing the International Space Station, there’s no shortage of history to experience at this museum. Aviation or not, the history is intriguing and worth a visit.

Find the best deal, compare prices, and read what other travelers have to say at Tripadvisor Booking.com

What say you?
Thoughts on Visiting the Canadian Aviation and Space Museum in Ottawa?
Let’s hear it! 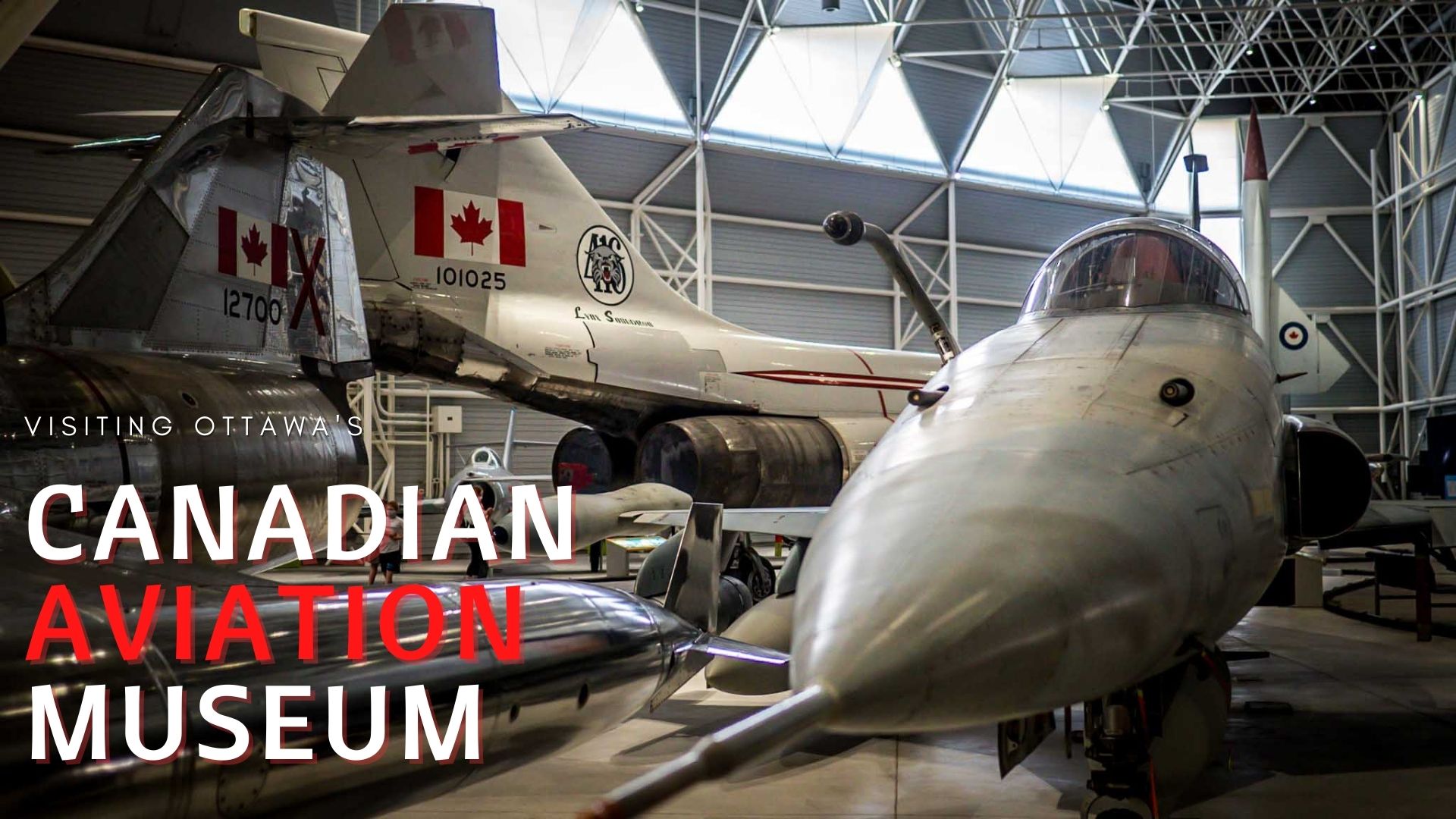 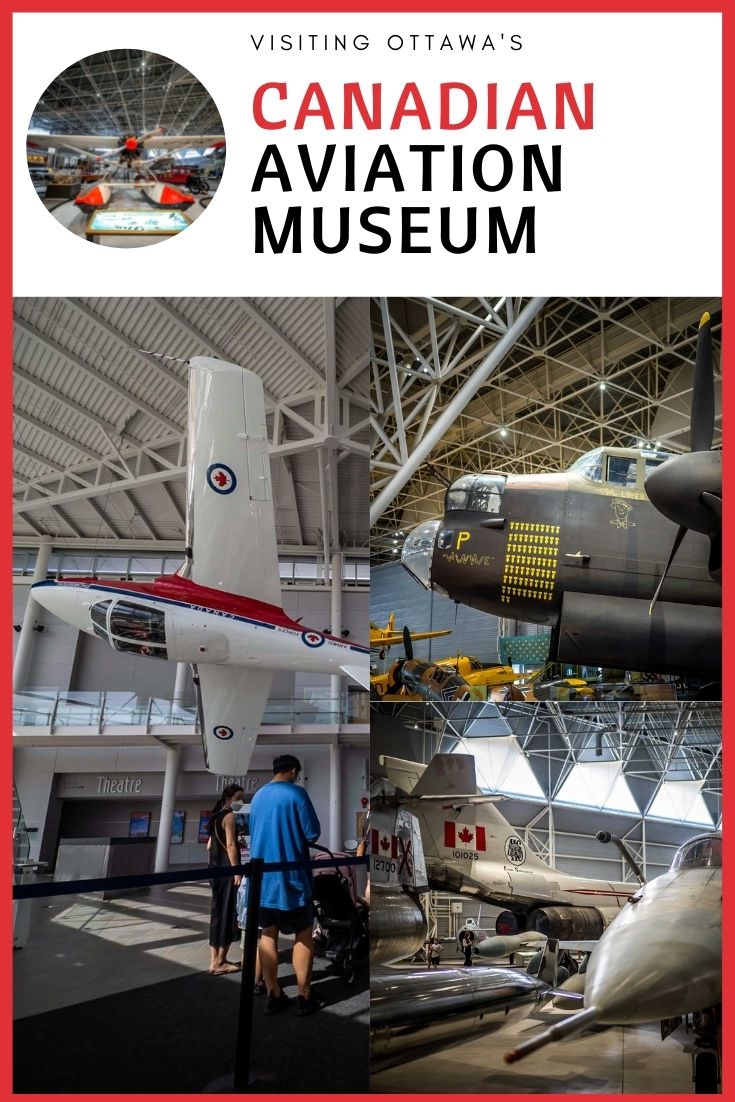 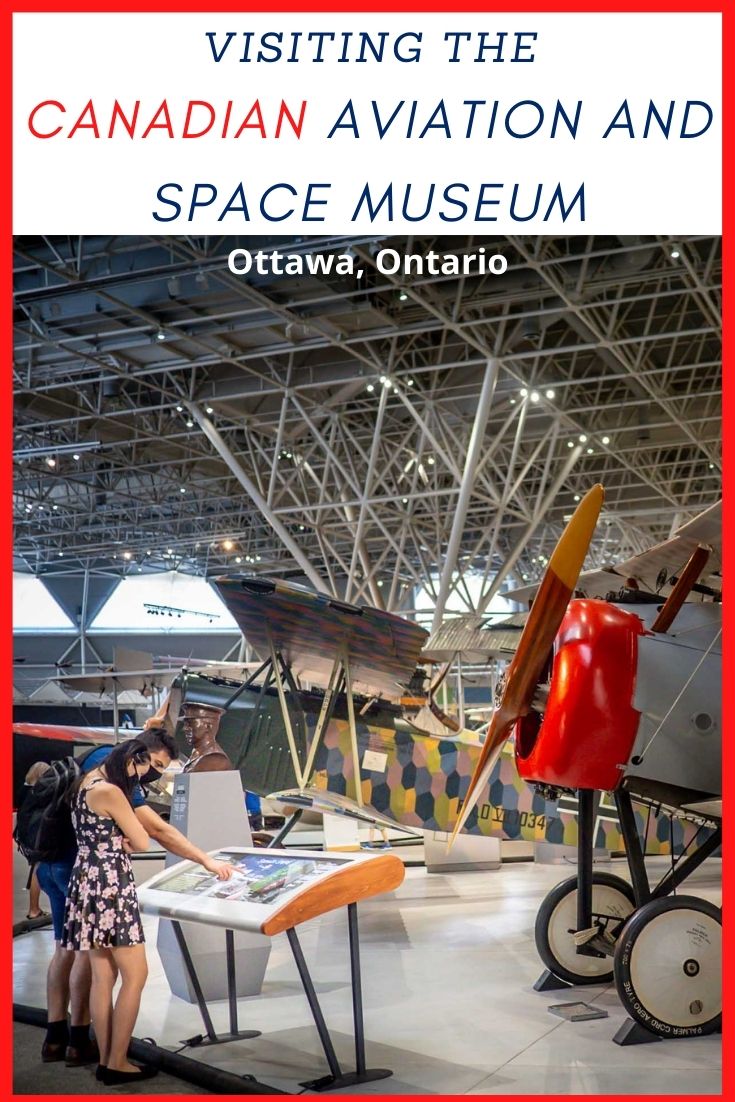 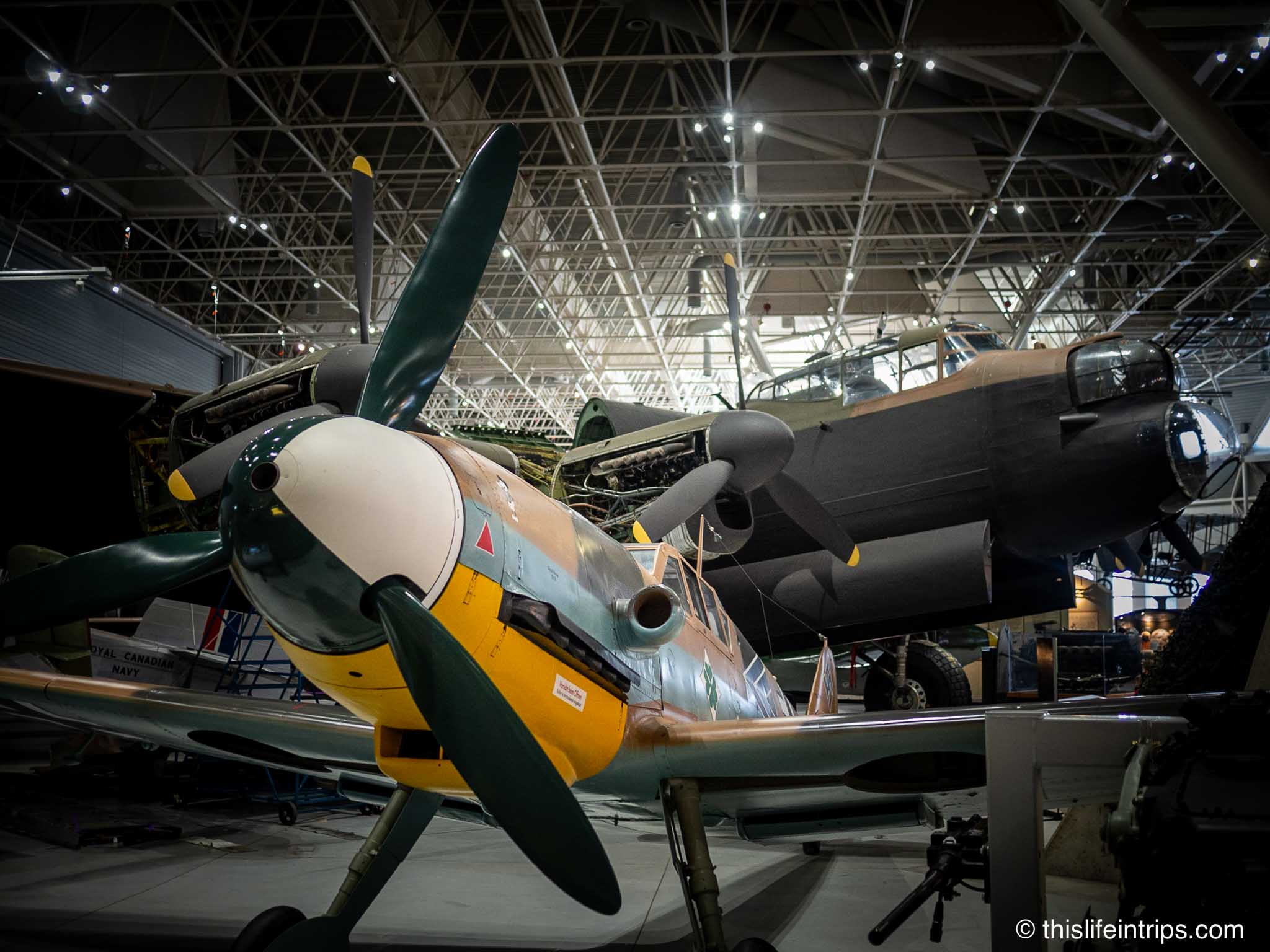 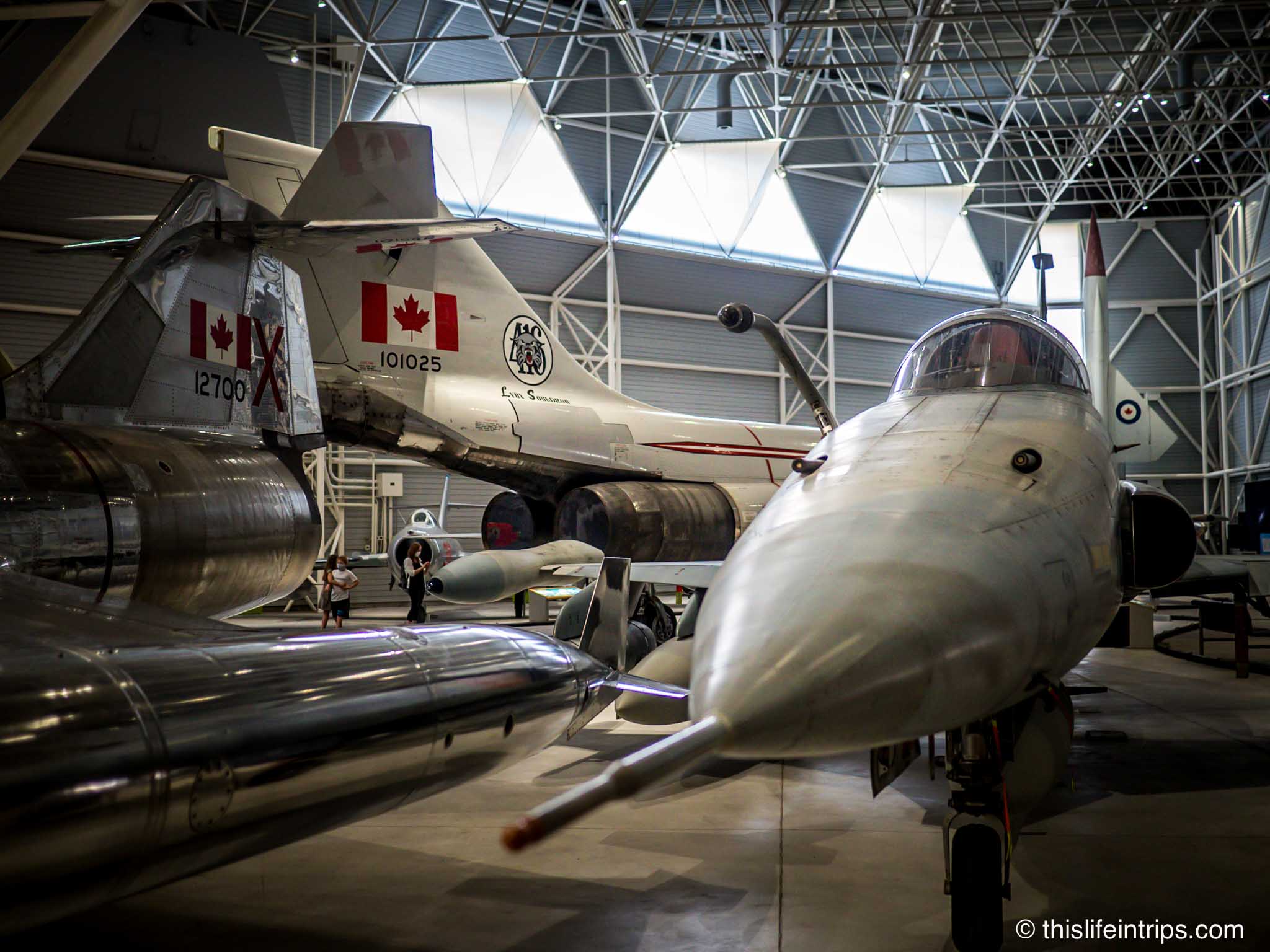 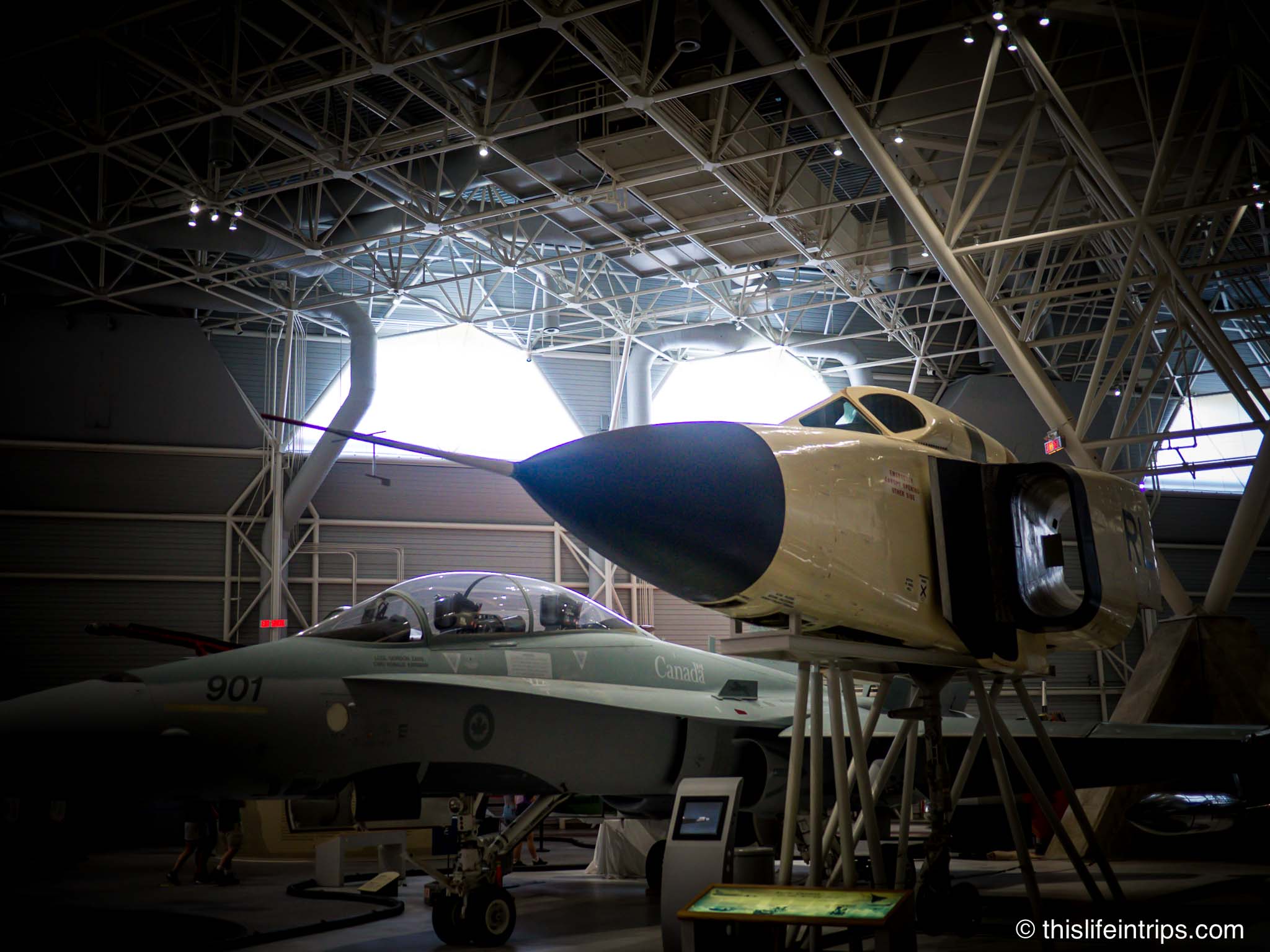 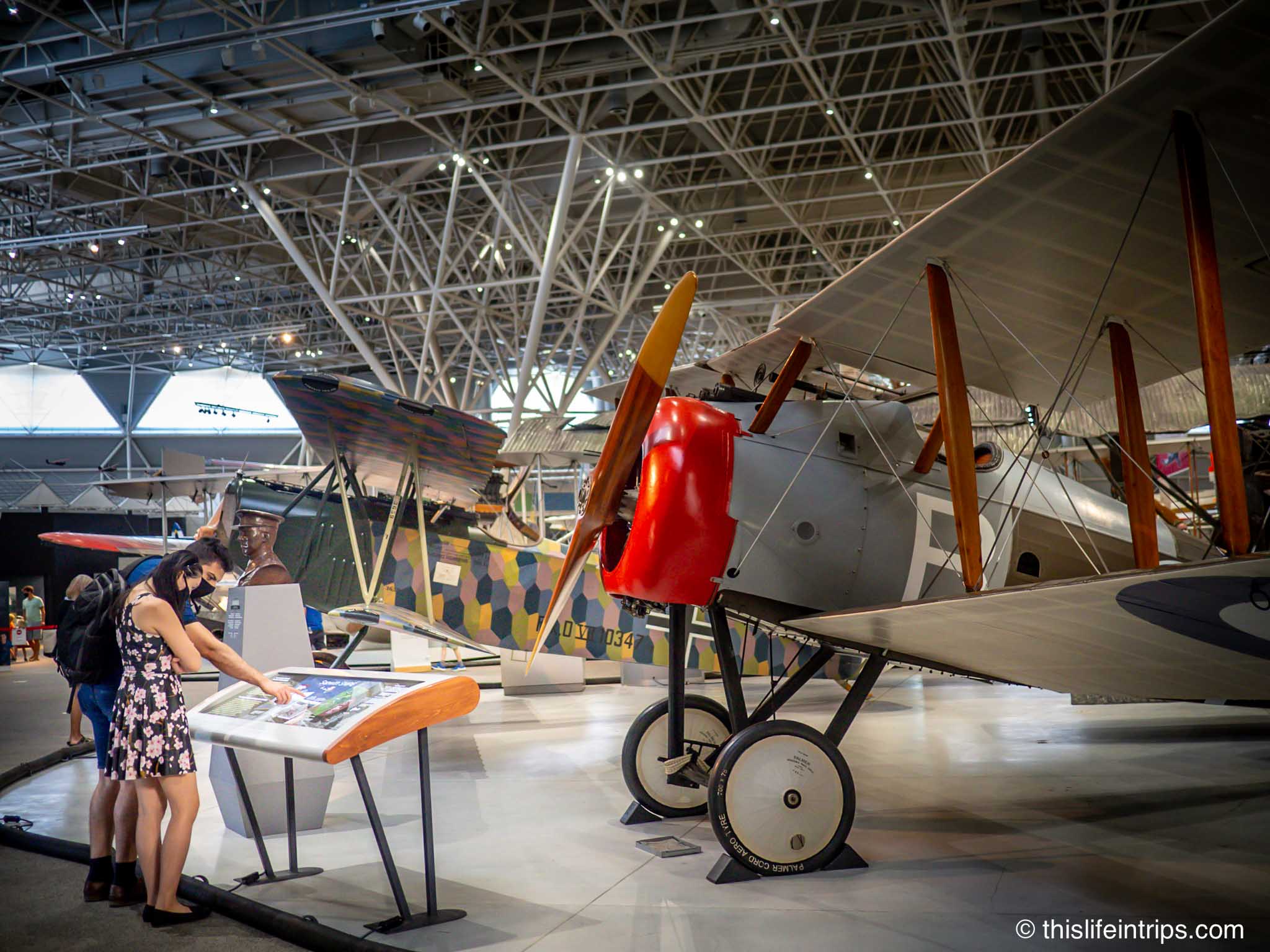