Easily the attraction I was most excited to visit while in Nashville was the Johnny Cash Museum. As mentioned in my cynical review of the Country Music Hall of Fame, I’m not the biggest fan of country. I do, however, love me some Johnny Cash. To label the Man in Black as strictly  a country artist is a tough sell and thankfully the Johnny Cash Museum does great job proving this. 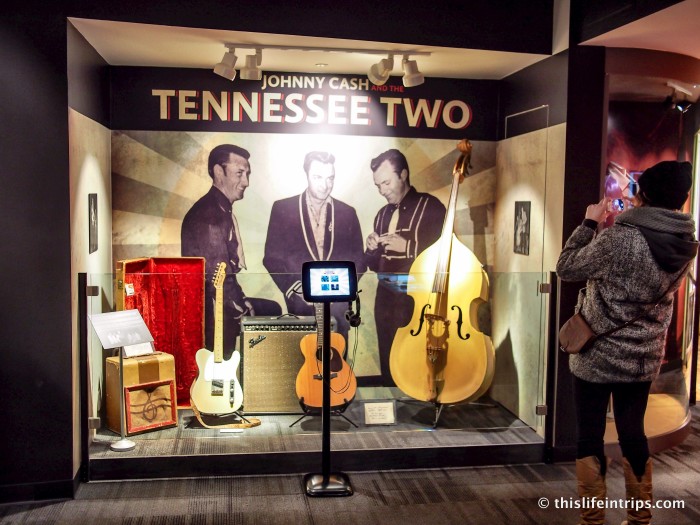 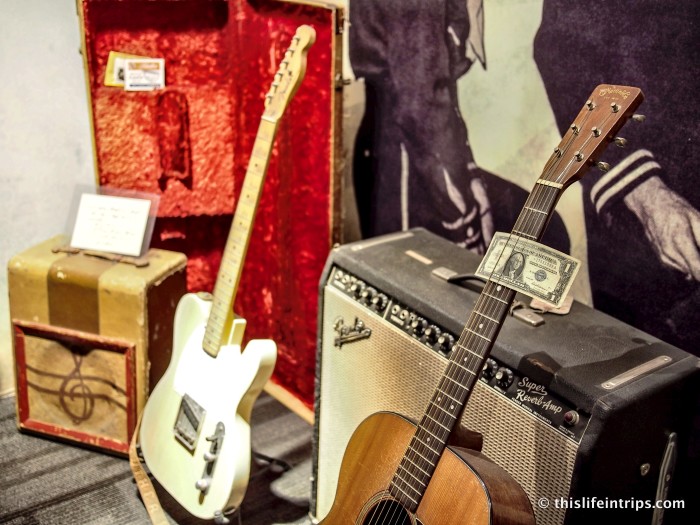 The Johnny Cash Museum takes you through the life and career of J.R. From his humble beginning in Kingsland Arkansa to his time on top of the charts, it is covered here. There are several unique pieces from his personal life including his air force uniform, letters he wrote as a child, his San Quentin prison jumpsuit/costume, vintage guitar amps, and even dinner placings from his home. 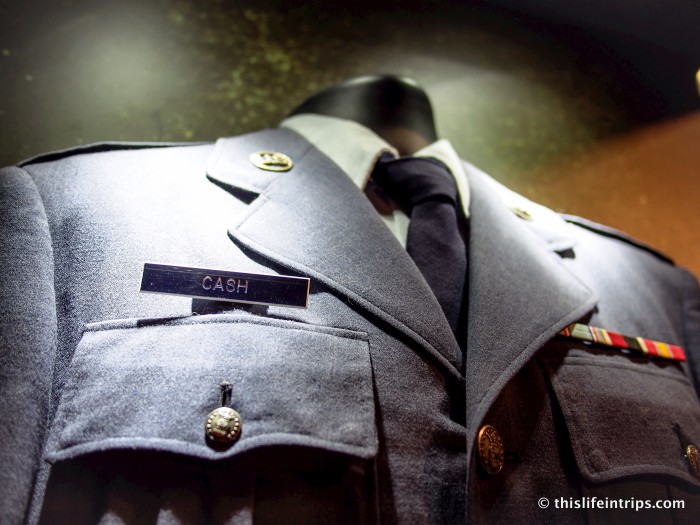 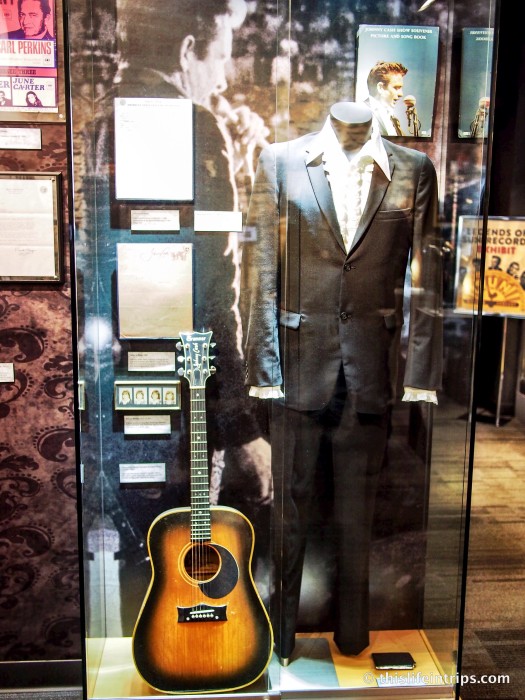 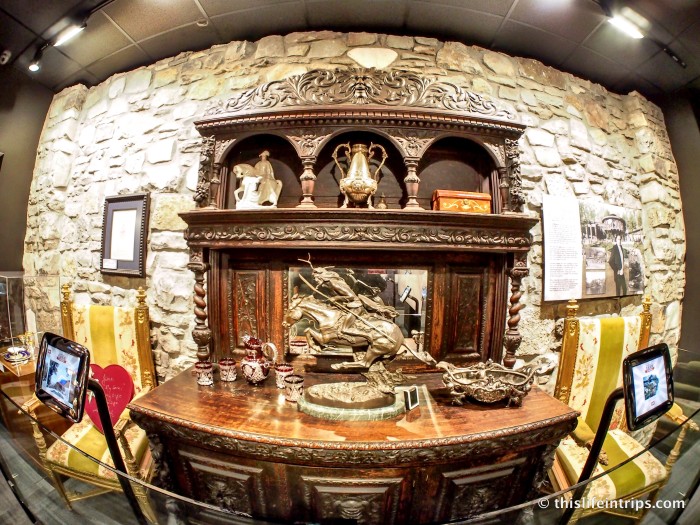 My favourite part of the Johnny Cash museum was a section dedicated to Sun records, the company that helped start Johnny Cash’s and many other famous musicians careers. Other Sun Record label artists on display included Jerry Lee Lewis, Carl Perkins, Roy Orbison, and even Elvis. Besides having some great memorabilia from these other famous artists (like Elvis’s mic and Orbison’s glasses!) what was unique and really fun about this section was the interaction they had with Johnny Cash. This included videos of Johnny performing hit songs like “Pretty Woman” with Roy Orbison and a comical impression of Elvis Presley. 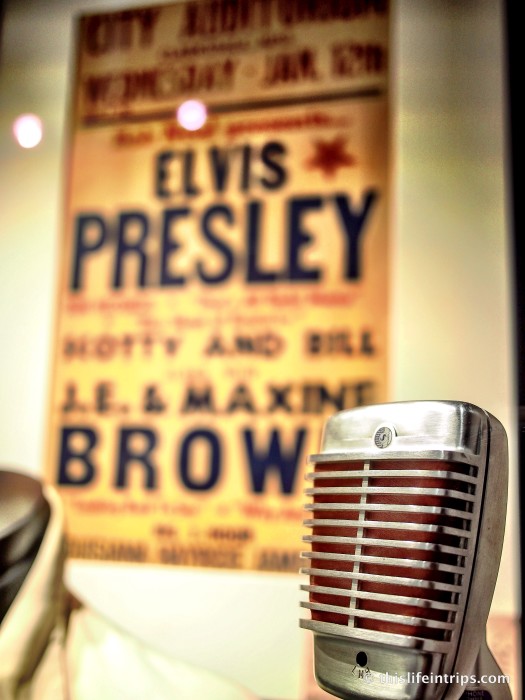 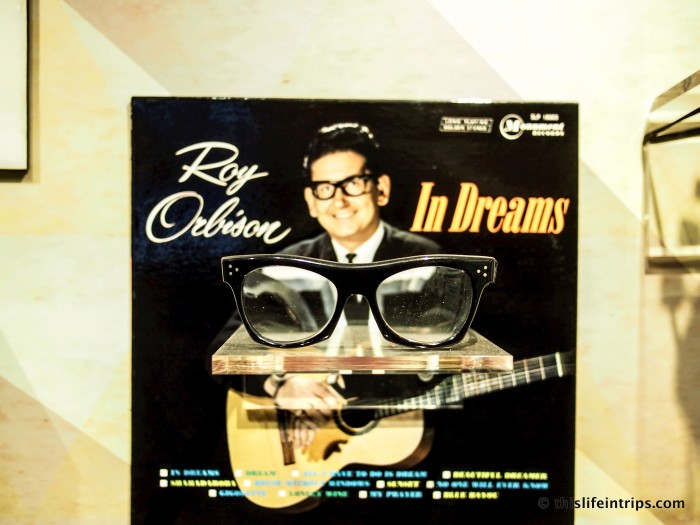 Another interesting section of the Johnny Cash Museum was a part dedicated to his surprisingly large acting career. I had no idea the amount of films and TV shows (good and bad) JC was in. This included a recurring role on Dr. Quinn medicine Woman (remember that?) and playing the voice of Homer Simpson’s ghost pepper hallucination induced coyote friend, an episode I must have watched 100 times before.

What sold me as a Johnny Cash fan was his crossover cover albums known as the American series in late 90’s and early 2000’s. With re-worked songs like Soundgarden’s “Rusty Cage” and Tom Petty’s “I Won’t Back Down”, he pulled me in not only as a fan of his musical career but a fan of what country music used to be as well. This is without a doubt Johnny Cash’s biggest gift to the musical industry as he brought in hundreds of thousands of non-country music loving fans like me and helped shape folk and country music for a broader mass. The Johnny Cash Museum does a great job covering this era with video clips and memorabilia including the “Johnny Cash Project” video. 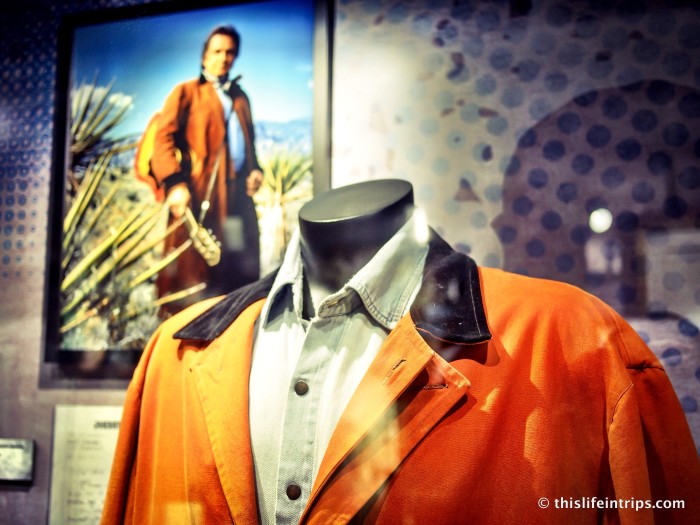 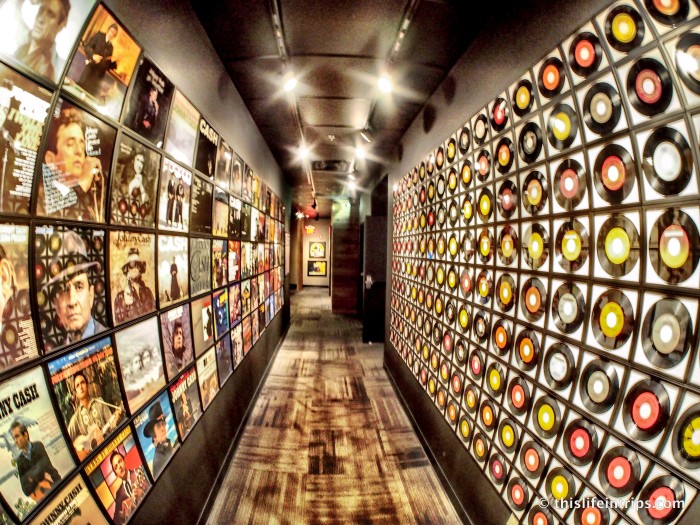 Just as you exit the museum you will find the video for Johnny Cash’s last number one hit, “Hurt,” playing in its entirety. This chilling Nine Inch Nails cover still gives me goosebumps when I watch it today. Even more so after wandering through the halls of Johnny Cash’s life.

The Johnny Cash Museum does a fantastic job paying respect to a man so admired in the music industry and beyond. Johnny Cash fans will not be disappointed. Those that are unfamiliar with his work will soon become new fans and with the museums convenient location between the Country Music Hall of Fame and the Honky-Tonk, there is no excuse not to stop by. 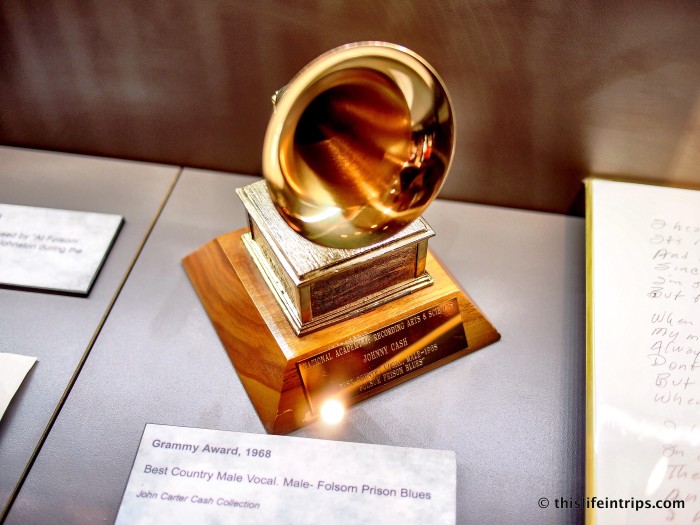 What say you?
Have you been to the Johnny Cash Museum?
Let’s hear it!

For more reviews from Nashville and beyond see HERE. 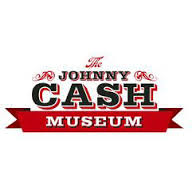 Although I visited the Johnny Cash Museum as a guest,
the experience, opinions, and head-bobbing are my own.