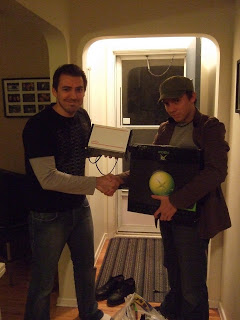 For the last month or so my old Xbox video game system has been rattling around the back of my car. I tried to trade it in at a store for an Xbox 360 but somehow my Xbox’s serial number was smudged out, thus it was tainted and dubbed “un-tade-in-able.” Around the same time my roommate mike moved out, taking with him his toaster. I never realized how much I enjoyed warm bread. It’s funny how you don’t realize what you have until it’s gone. Sad.

Anyway, one of the local radio stations hosts a buy and sell show appropriately titled “Tradio.” Thus I put in my somewhat one sided trade request and now I am happy to say I am the proud owner of a toaster that is possibly from the 70’s. It’s clean and browns bread. What more could a guy want?