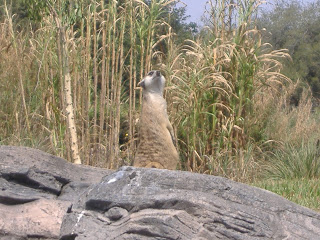 This was my first time to Disney’s Animal Kingdom so I was pleasantly surprised to find is basically a huge zoo with a few rides thrown in. It was very cool to walk around and stumble upon areas with different animals. We actually watched a hippo walk along the bottom of a lake which was very neat. Another cool creature was the Maraqet (?). This little guy was perched on top a rock constantly looking skyward for predators. Apparently it lets out a yelp to warn others if there is danger nearby. Once he tires another takes his place. 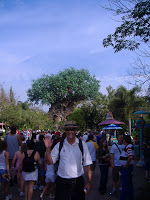 As the park was packed we decided to split up to cover more ground. All morning we saw people walking around soaked from the raft ride. Erin’s sister did not want to get wet so she was avoiding this ride. Erin and I went on it and somehow exited bone dry. Everyone else on our raft was soaked head to toe. Later we saw Amanda and said that you could choose your seat on the raft based on how wet you want to get. Ok, now we are even for the Hulk. 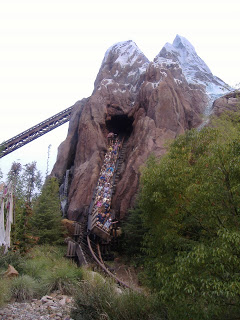 Other great rides were Everest, Dinosaur and the very entertaining “A bugs life.”

After another exhausting day we grabbed a frozen banana and headed back to the hotel. That night we headed to Epcot to see the most elaborate fire works I have ever seen. It was unreal. Sadly I didn’t get any pictures as I didn’t want to miss any of the show. 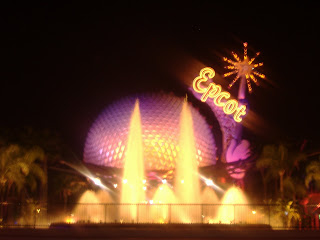 Another great day down. Back to Saddlebag in the morning…ahh, Saddlebag. So funny.