After a breakfast of oatmeal and pie (breakfast of champions) and doing some laundry, we headed into Halifax. On the way we stopped at a very tasteful memorial to the Swiss air flight that went down off the coast of Nova Scotia in 1998. 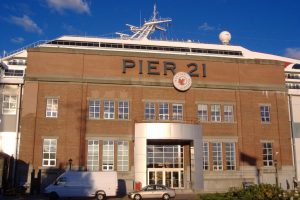 In Halifax we parked at Pier 21, the gateway to Canada for thousands of immigrants up until   the 70’s. Steered by 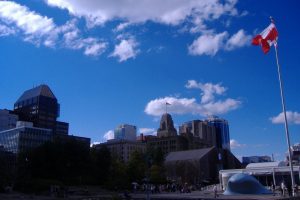 some unknown force, we found ourselves on the Alexander Keith’s brewery tour. It was very good, much better than the flashy Heineken experience.

After a couple of very cold, very fresh beers we stumbled our way down the harbor to the Maritime museum. It’s a great place with a number of awesome exhibits. Notably, the Halifax explosion and the Titanic.

The Halifax explosion if 1917 was the result of a French ship packed with explosives colliding with a Norwegian vessel. This caused the largest man-made explosion before the a-bomb. It destroyed a good chunk of Halifax but thankfully the Keith’s brewery was spared. Pieces of the ships were blown miles away, some are still lying in there landing place.

The Titanic exhibit was very informative and showed how Halifax played a role in the tragedy. There are stories from the rescue/recovery 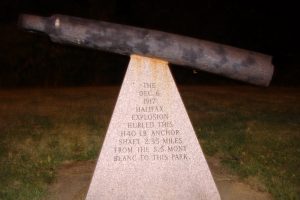 ships sent from Halifax. There are also various artifacts firm the ship such as deck chairs and original woodworking from the staircases.

Outside of the museum was, low and behold, the Blue Nose II. Next to that was a WWII Canadian ship which during the war, rammed and sunk a German U-boat. We Canadians are a resourceful bunch…or severely lack military funds. Also present was the 6 million dollar sail boat supposedly owned by the Tim Horton’s heirs. I think they are doing OK.

After a brisk walk up citadel hill we had one last seafood meal then headed back to camp. I have to be up early for a flight to Iceland…who says that??? Oh that’s right…this guy…and this guy’s brother.